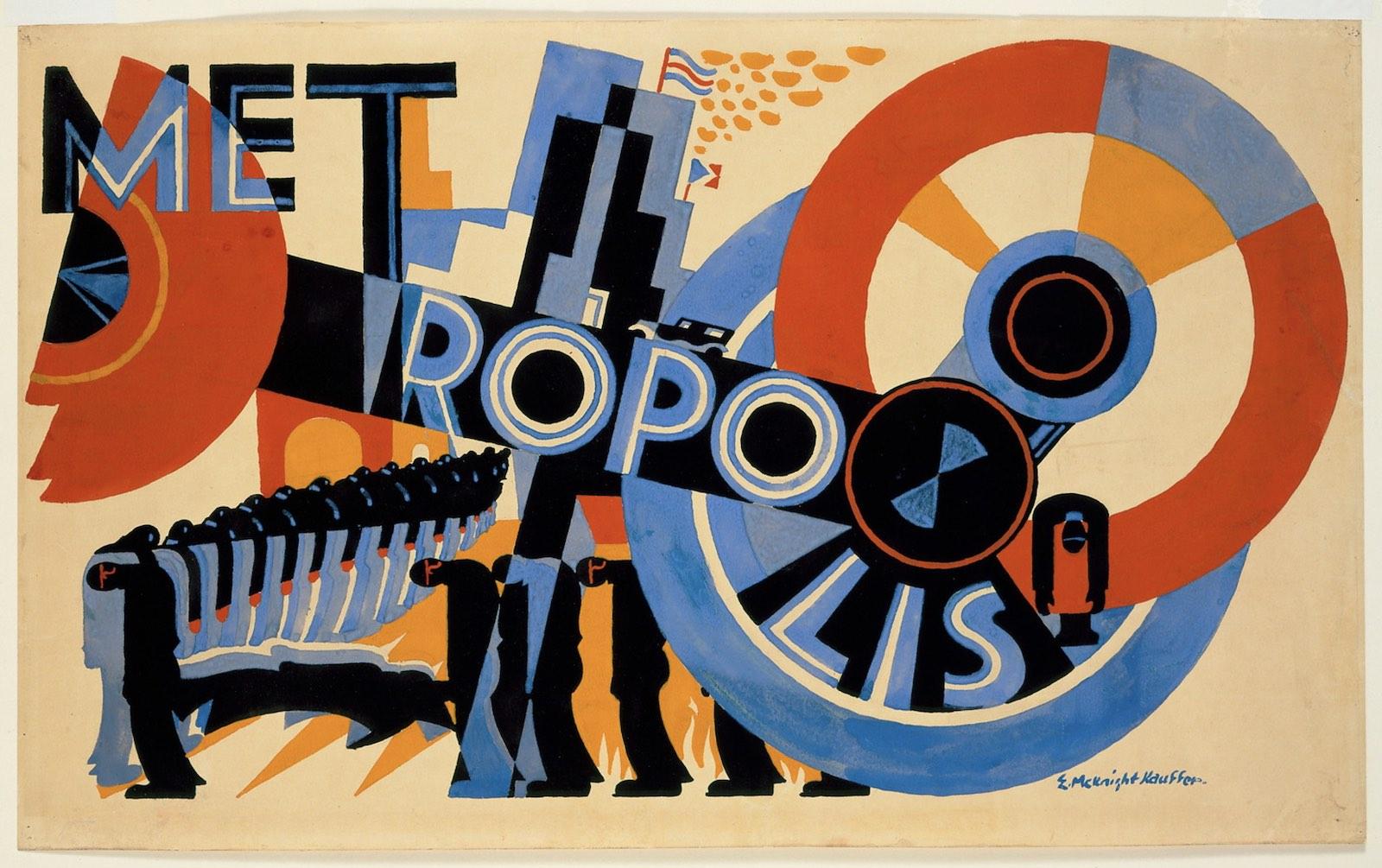 Hailed in his lifetime as “the poster king,” Kauffer brought design to many creative industries. He made modernism accessible by applying cutting-edge styles to designs for advertising, literature, theater, transportation, and more. He adopted emerging avant-garde aesthetics in provocative ways to promote services and products.

Cooper Hewitt holds one of the most extensive collections of Kauffer’s designs in the world, comprising material in both the Drawings, Prints & Graphic Design department and the Archives department. The exhibition is organized by Caitlin Condell, associate curator and head of Drawings, Prints & Graphic Design at Cooper Hewitt, and Emily M. Orr, Ph.D., assistant curator of modern and contemporary American design at Cooper Hewitt, with Caroline O’Connell, Curatorial Assistant, and Kristina Parsons, Curatorial Assistant.

“Underground Modernist will reveal new stories and research to position Kauffer not simply as a designer of posters, but as a figure who applied the graphic arts broadly to creative pursuits,” Condell said. “He transformed the public’s perception of modernism and influenced the work of other equally significant artists, designers, and writers on both sides of the Atlantic.”

“Drawing heavily on Cooper Hewitt’s unique holdings of Kauffer’s work, the exhibition will explore the wide circulation and popular resonance of Kauffer’s designs,” Orr said. “Motivated by a desire to serve the public, Kauffer brought art closer to all people. He believed that advertising was an opportunity to introduce new visual expression.”

Organized chronologically in ten sections, the exhibition will trace Kauffer’s career from his beginnings as a painter to his transformation into an internationally renowned commercial artist. At the height of his career in the 1920s and 1930s, Kauffer, an American, was among the most influential artists in England. In 1940, he moved to New York, joining the influx of European designers who brought dynamism to American advertising. His remarkable output includes eye-catching posters for the London Underground, illustrations for celebrated works of literature, and iconic graphics for major corporations such as Shell-Mex and American Airlines. 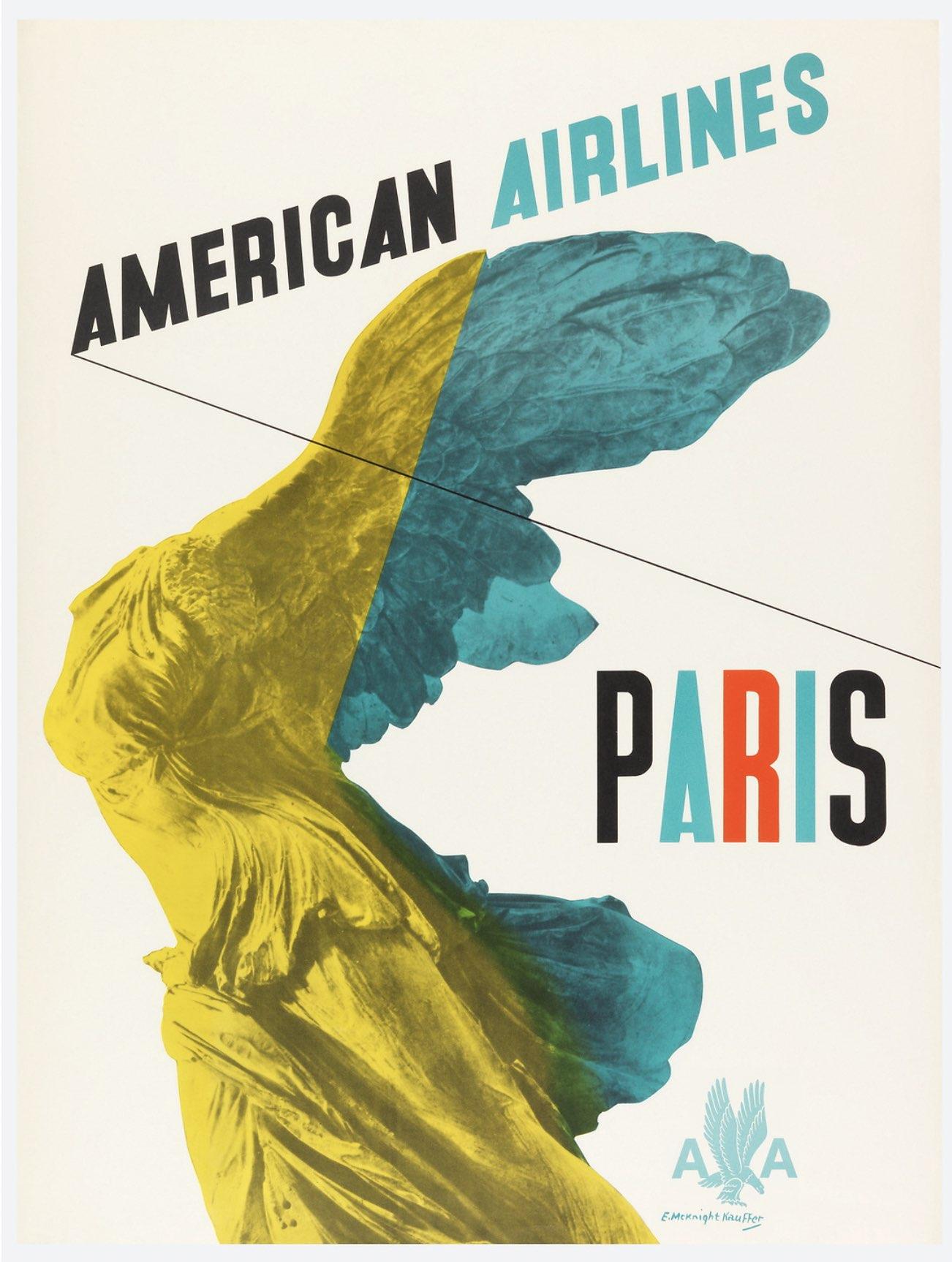 Kauffer widened the scope and impact of his practice through collaborations with his peers in art, literature, performance, and film. A champion of new media, Kauffer’s work included commissions as varied as film titles for Alfred Hitchcock’s The Lodger, illustrations for T. S. Eliot’s Ariel poems, costumes for theatrical and ballet productions, and covers for novels by H.G. Wells, Aldous Huxley, and Ralph Ellison. He shared a dark room with Man Ray and worked with groundbreaking textile designer Marion V. Dorn, who would later become his wife. Dorn’s designs will be highlighted at key moments in the exhibition.

Though Kauffer considered himself a progressive and an egalitarian, his commissioned work tells a more complicated story about his ideals, his privilege and his perspective on race. Underground Modernist will examine how Kauffer’s designs expressed and challenged the energy, ideas, and unrest of his time. Over the course of four decades, he responded to the quickening pace of contemporary life by capturing the attention of a fast-moving public. His dedication to design as a social responsibility guided his distinguished career and defines his legacy.

Kauffer believed that modern art should move beyond the walls of museums and galleries to infiltrate daily life. He argued that innovative expression should be matched by social and cultural engagement, and that designers should be accountable to their public as well as to their clients. “The artist in advertising is a new kind of being,” Kauffer wrote in 1938. “His responsibilities are to my mind very considerable. It is his business constantly to correct values, to establish new ones, to stimulate advertising and help to make it something worthy of the civilization that needs it.”

Cooper Hewitt is America’s design museum. Inclusive, innovative, and experimental, the museum’s dynamic exhibitions, education programs, master’s program, publications and online resources inspire, educate and empower people through design. An integral part of the Smithsonian Institution—the world’s largest museum, education and research complex—Cooper Hewitt is located on New York City’s Museum Mile in the historic, landmark Carnegie Mansion. Steward of one of the world’s most diverse and comprehensive design collections—over 215,000 objects that range from an ancient Egyptian faience cup dating to about 1100 BC to contemporary 3D-printed objects and digital code—Cooper Hewitt welcomes everyone to discover the importance of design and its power to change the world.