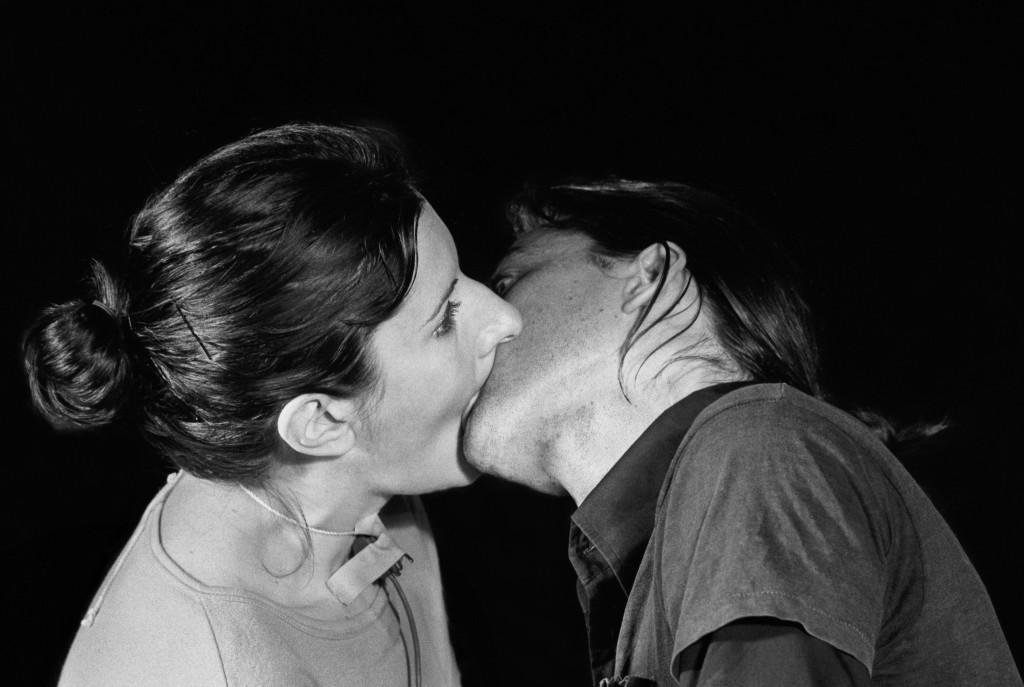 The Stedelijk Museum presents ULAY WAS HERE, the largest-ever retrospective of the groundbreaking oeuvre of Frank Uwe Laysiepen (1943–2020), known as Ulay. It is also the first international posthumous exhibition, and includes many never before seen works.

Ulay had already begun working with the curators on this major survey before he passed away in March 2020. While the works that Ulay made with Marina Abramović are iconic, ULAY WAS HERE shows that he had an impressive solo oeuvre, both before and after their twelve-year collaboration. ULAY WAS HERE emphasizes that Ulay was one of the pioneers of Polaroid photography and performance and body art: experimental, uncompromising, and committed to social issues. 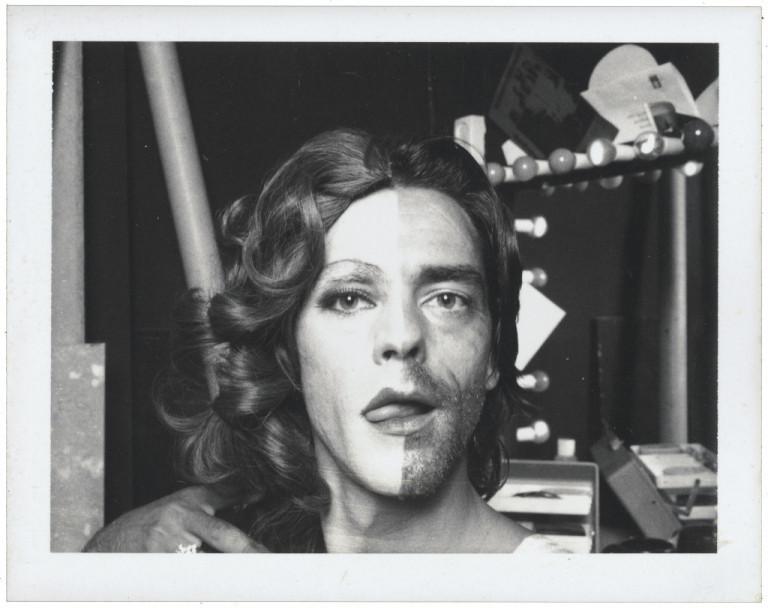 THE EXHIBITION
Comprising approximately 200 works, some never before exhibited, ULAY WAS HERE examines entire oeuvre by pivoting around four key themes that amplify the contemporary relevance of his work: his focus on performance and the performative aspects of photography; his research into (gender) identity and his body as a medium; his engagement with social and political issues; and his relationship with Amsterdam, the city where he lived and worked for four decades. The exhibition includes photographs, Polaroids (both black and white and color, from small to life-size), Polagrams, sculptures, projections (video and photographic recordings of performances, films), and documentary material.

ROOTED IN PHOTOGRAPHY
Ulay’s complex artistic expression is rooted in photography. From its outset, his artistic career was a thematic search for understanding the notions of identity and the body, mainly through series of aphorisms, visual poetry, Polaroids, and intimate performances. Taking hundreds of self-portraits, Ulay explored and modified his body, writing on his skin and adorning, piercing, or cutting it. He developed an approach that was novel in both method and subject matter, using the camera as a tool to investigate his identity while exploring socially constructed issues of gender. In the Polaroid series S'he, for instance, he presented himself as half man, half woman. Radically merging his life and art, Ulay undertook a life-long exploration of his own identity, searching for what it means to be the “other,” be it another gender or a minority of some kind.

FROM PHOTOGRAPHY TO PUBLIC PERFORMANCES
Over time, Ulay’s handling of photography became increasingly performative, resulting in FOTOTOT, a series of performances in 1975 and 1976, which critically examined the transient and changeable nature of the photographic identity and the phenomenon of the audience. Later, performative tendencies within the medium of photography transformed completely into the medium of performance. After his iconic action in public space, Irritation – There Is a Criminal Touch to Art (1976), Ulay broke new ground in performance art together with Marina Abramović. The two propelled each other into ever more extreme and unexplored realms of emotional discomfort and physical endurance. Also in his later performances, his body remained the object of research. 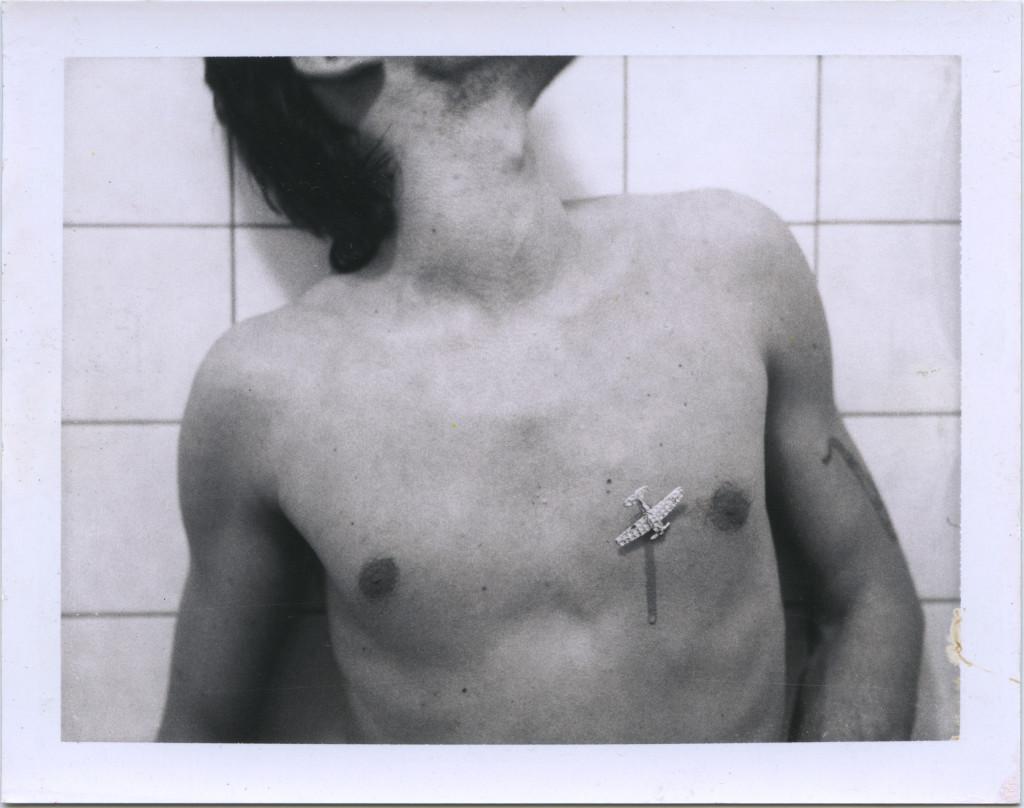 UNCOMPROMISING AND EXPERIMENTAL
Ulay used his own body as a medium and went to extremes, even to the point of endangering himself; for GEN.E.T. RATION ULTIMA RATIO, he even transplanted a piece of his own tattooed skin. His performances with Marina Abramović had this same intensity and confrontational power. In Breathing In/Breathing Out (1977) they shared a seemingly endless kiss, at the risk of losing consciousness, while during Imponderabilia (1977) they stood naked in a narrow passageway, forcing the arriving audience to make an uncomfortable choice.

Ulay was experimental by nature and fascinated by processes, change, uncertainty, and chance. His desire to explore the boundaries of the medium of photography led to using larger Polaroid formats, and eventually working from inside the black box. The enormous size of the negative enabled him to use his own body to interact with it on a scale of 1:1—body and image coincided.

COMMITTED TO SOCIAL ISSUES
Ulay’s work often reflected a commitment to his surroundings. In one of his first actions, in 1976, he stole one of Hitler’s favorite paintings from a Berlin museum and took it to the house of a Turkish family, calling attention to the treatment of minorities in Germany. In Amsterdam during the 1970s, he frequently included drag queens and transgender people in his work, and documented the critical graffiti that appeared on the city’s walls in the photo series City Virus as a protest against ongoing urban renewal. With Abramović, he explored traditional male and female roles in Sicilian culture in the installation Terra della Dea Madre (1984). From re-examining the problem of nationalism and its symbols (Berlin Afterimages) and addressing the position of the marginalized individual in contemporary society (in the series Can’t Beat the Feeling – Long Playing Record), around 2004, on both a very personal and societal level, Ulay became engaged in projects and artistic initiatives that raised awareness of the lack of drinking water globally. “Aesthetics without ethics is cosmetics,” repeated like a mantra for over forty years, remained one of Ulay’s core principles.

BOND WITH AMSTERDAM
Born in postwar Germany to a father who had served in two World Wars and a mother traumatized by the latest one, in 1968 Ulay traded the complexities of his home country for Amsterdam, a city he loved for its freewheeling counterculture, openness, and “constructive” brand of anarchism. He became part of the art scene and helped establish De Appel arts center, a new contemporary art institution focusing on performances. Ulay became a board member and held many performances and exhibitions there. One gallery in the exhibition is curated by De Appel, with three contemporary artists showing work that has an affinity with the work of Ulay.