Tsars and Knights: The Romanovs’ Love Affair with the Middle Ages 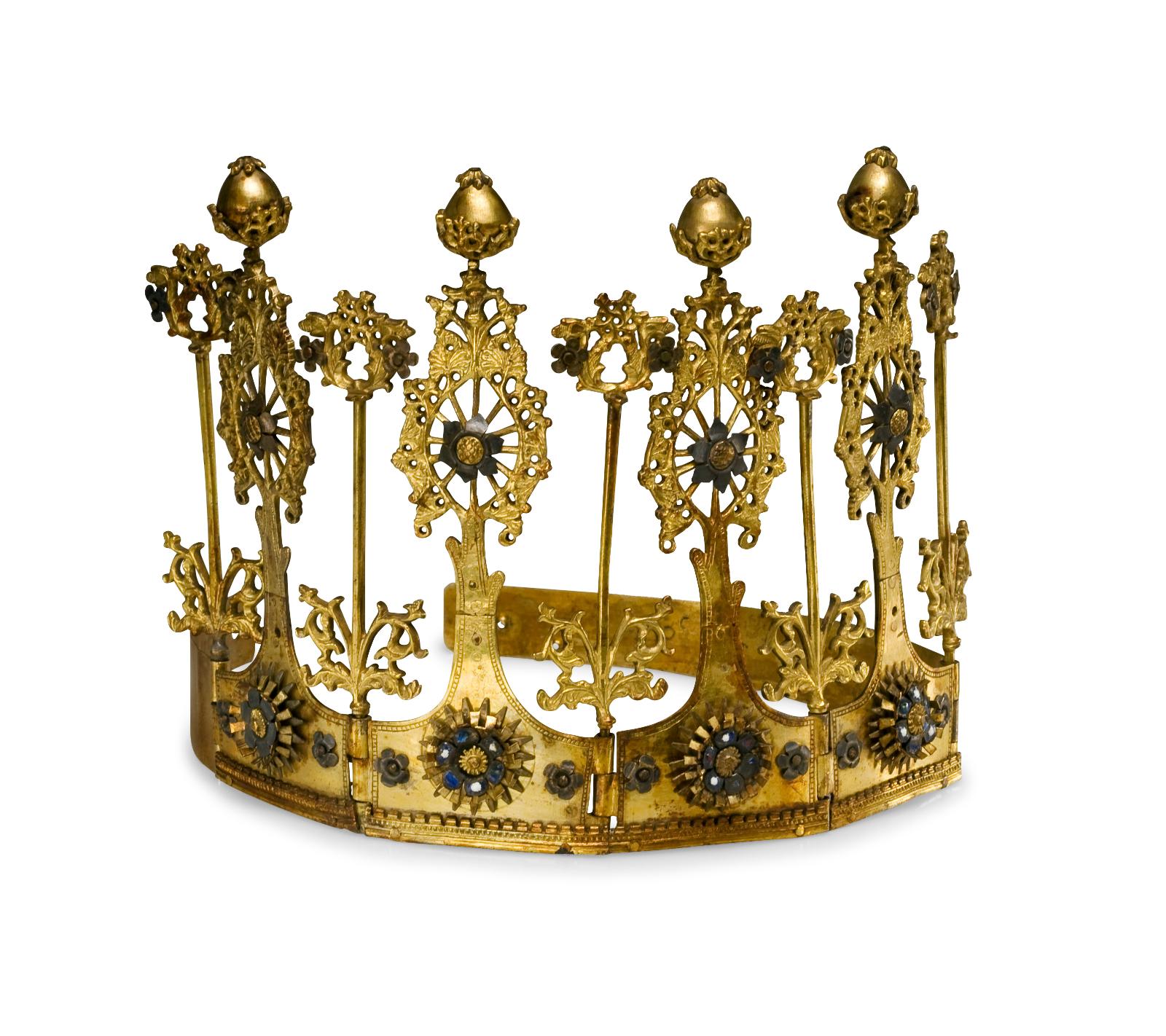 The Hermitage Amsterdam reopened with a brand new exhibition, Tsars and Knights: The Romanovs’ Love Affair with the Middle Ages. The museum is proud to be able to present a very extensive, international art collection during the corona pandemic. Through more than 250 objects from the European medieval art collection and the Arsenal of the State Hermitage in St Petersburg, the exhibition tells tales of tsars and knights. Several highlights from these collections are shown in the Netherlands for the first time. They bring the Middle Ages–and its nineteenth-century revival in Europe and at the Russian court–to life, with knights and ladies, courtly love and tournaments. The impressive design is simultaneously heroic and romantic. The highlight is a spectacular hall of knights with a tournament setting in which mounted knights are engaged in a joust. Through collaborations with well-known historian Herman Pleij, among others, in the audio tour, the exhibition offers a unique journey through time, giving color to what is often called the Dark Ages. On view until the summer of 2021. 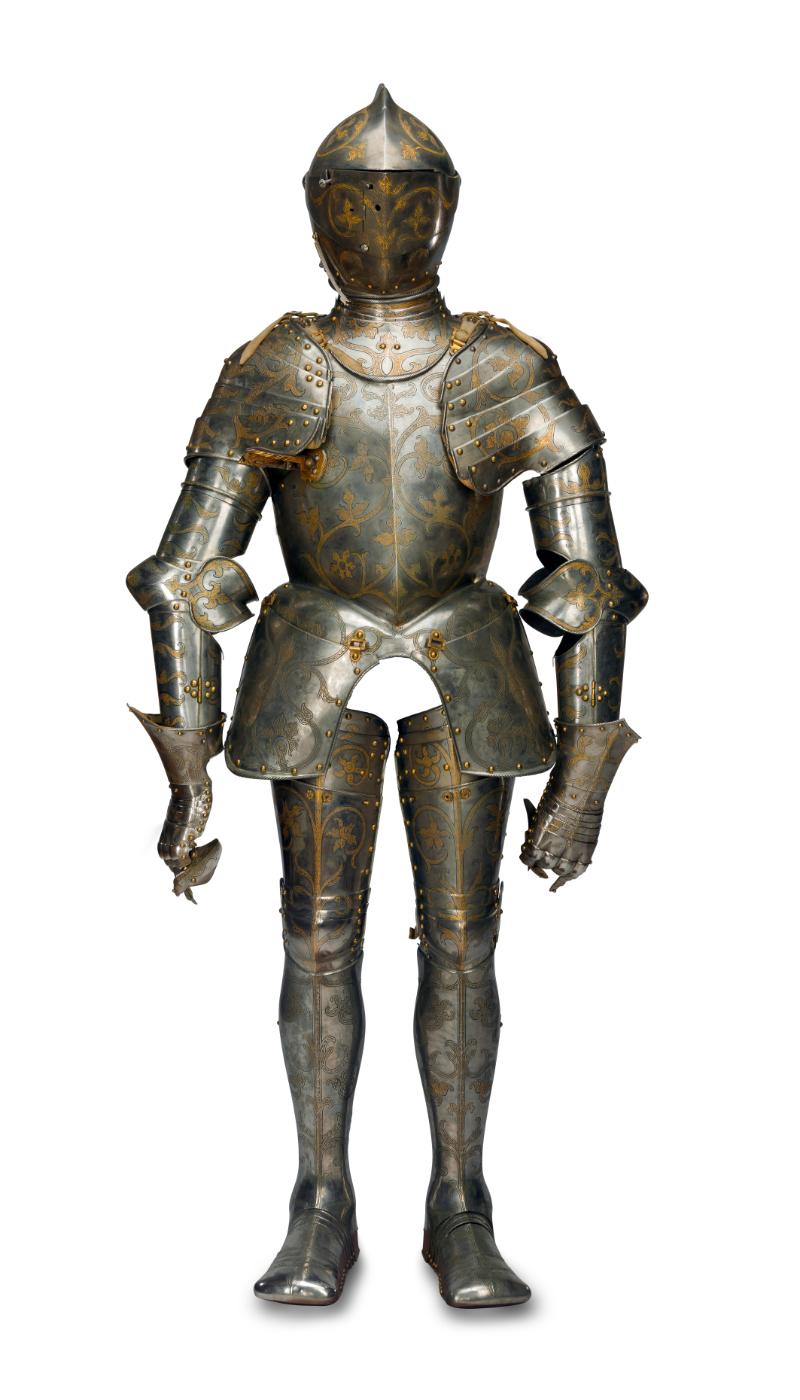 Famous masters, Roman de la Rose, Basilewsky Collection, imperial armor
The eighteen complete suits of armor from the collection of Tsar Nicholas I that are exhibited, are of premium quality and are characterized by stunning craftsmanship, often by famous armorers. A number of these suits of armor are closely linked to legendary rulers. For example a suit of armor belonging to Holy Roman Emperor Charles V and a unique sixteenth-century exemplar that was especially remodeled for Nicholas I. Another eye-catcher is the German tournament suit of armor weighing about fifty kilograms from circa 1500, a gift that Nicholas received from his wife, Tsarina Alexandra Fyodorovna.

One of the main components of the exhibition is a magnificent selection from the Hermitage’s European medieval art collection. With works by famous masters such as the fifteenth-century triptych The Adoration of the Magi by Hugo van der Goes, paintings by Cranach, among others, and the circle of Agnolo Bronzino. Also The Garden of Earthly Delights by a follower of Hieronymus Bosch. Playing the leading role is Alexander Basilewsky’s impressive collection of medieval art. In 1884 he decided to put his collection up for auction, but just before the sale, the whole collection was bought up in its entirety by Tsar Alexander III, causing a great sensation in France. There are a number of top pieces from this collection on view, such as the beautiful gilded reliquary from Limoges from circa 1200, decorated with scenes from the New Testament. Or the five ivory plaques with scenes from the romance of Tristan and Isolde. There is also a bust of St Thecla (circa 1325–50), a loan from the Rijksmuseum Amsterdam, where the bust from the Hermitage had ended up after a series of detours. Now it is temporarily reunited with the other pieces from the Basilewsky collection. 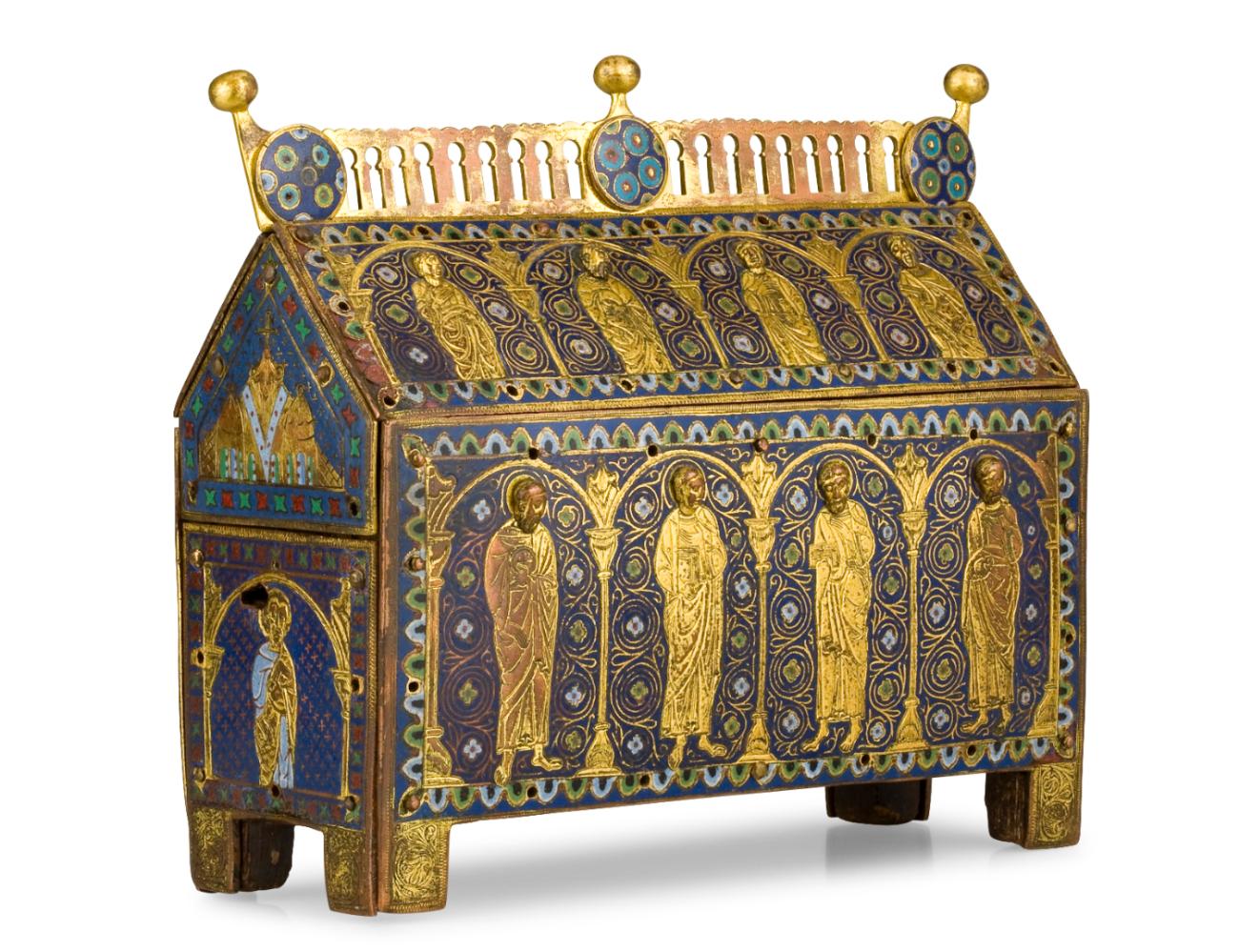 Reliquary casket with scenes from the Nativity and the Flight to Egypt, France, Limoges, 1200–10. Wood, brass, champlevé enamel, gilded.

One of the themes in the exhibition is courtly love, the chaste passion between man and woman, that was much described in the Middle Ages. The Hermitage Amsterdam exhibits a highlight in relation to this theme: an exquisite illuminated manuscript of the Roman de la Rose. It is one of the most high-profile and popular literary works of the Middle Ages, an erotically charged love story from the thirteenth century. Medieval courtliness was eagerly embraced by Tsar Nicholas I and Alexandra Fyodorovna. Her nickname ‘the White Rose’, came from a nineteenth-century historical novel about courtly love that she had devoured. As a symbol of their romantic love, large white roses climb across the walls of the exhibition.

The first real family exhibition at the Hermitage Amsterdam
The adventurous story of tsars and knights has been specially designed for the entire family. From the breathtaking medieval art collection to the various tours and radio play, for children aged 6 and up. For the little ones (3–6 years) there are countless ‘did-you-knows’ throughout the exhibition. They are combined with quotes by talents from the Hermitage for Children from the well-reputed Open Mind track. Designed for everyone who wishes to view the exhibition playfully, together with his or her (grand)children. There is also a hashtag-tour in which TV personality Tim Hofman links a number of high-profile highlights with popular contemporary themes. Suitable for teenagers aged 15 and above. Finally, there is a special knightly edition of the Grand Art Game that can be played online. Here young players (aged 15–24) are challenged to put together the most impressive digital art collection.

Tsars and Knights: The Romanovs’ Love Affair with the Middle Ages
The Hermitage Amsterdam
Amsterdam, NL