Time Capsule of 1970 Revealed in Rauschenberg Print Series at Princeton 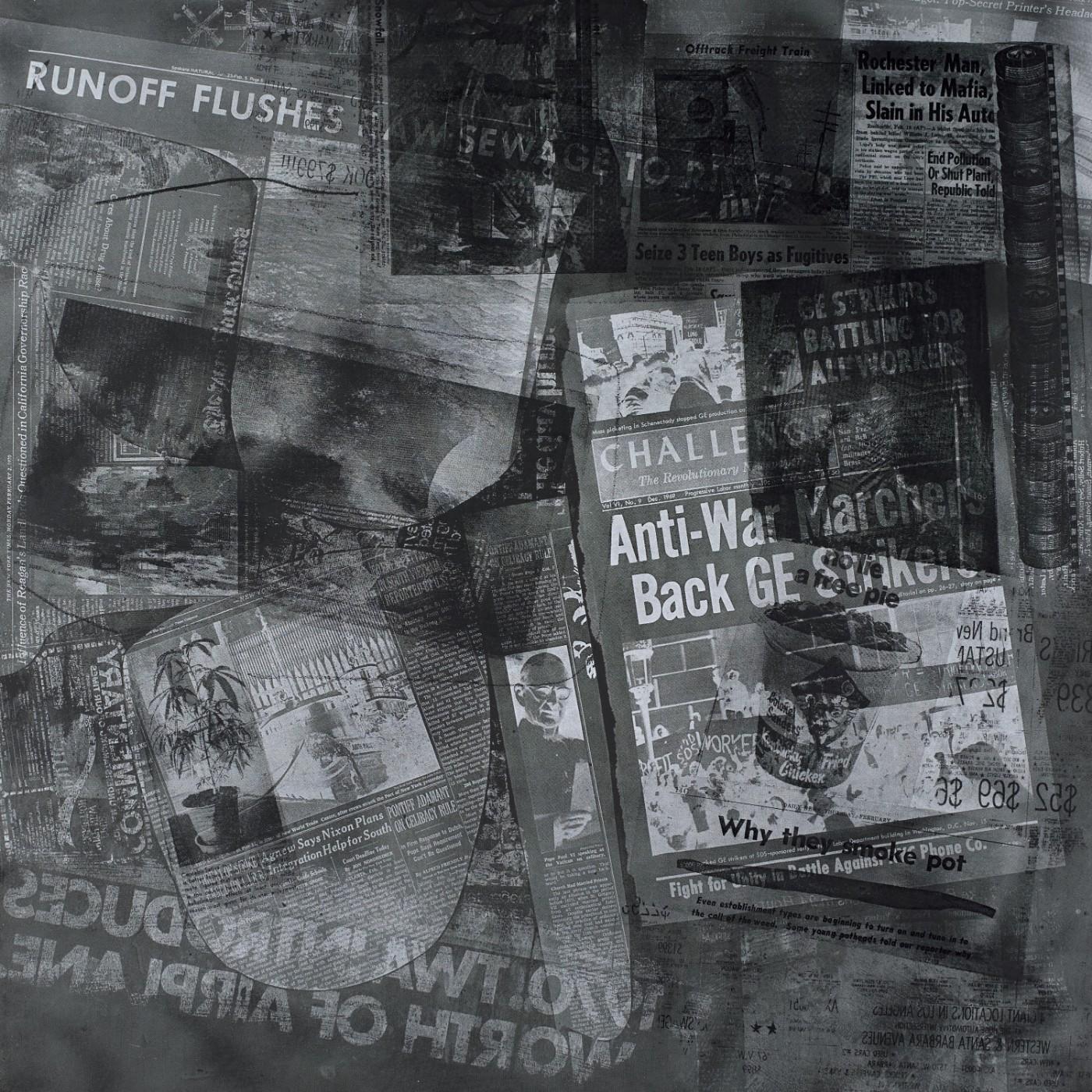 PRINCETON, N.J. – In a burst of activity in early 1970, groundbreaking American artist Robert Rauschenberg (1925-2008) collaged newspaper clippings of the day, photographed the collages and ultimately silkscreened them to create three seminal print series. Considered Rauschenberg’s first expressly activist work of art, these extraordinary series powerfully evoke the escalating turbulence and concerns of the times–from violent social unrest and the ongoing war in Vietnam, to economic pessimism and political assassinations. One of these portfolios of 18 large-scale screenprints, Surface Series from Currents, will be shown in its entirety for the first time since 1970, affording a rare opportunity to reevaluate the work of one of the most important American artists of the past half century.

The exhibition, Time Capsule 1970: Rauschenberg’s Currents, will be on view at the Princeton University Art Museum from Jan. 19 through Feb. 10, 2019. It is co-curated by Calvin Brown, the Museum’s associate curator of prints and drawings, and Juliana Dweck, the Museum’s Andrew W. Mellon curator of academic engagement.

The 18 black-and-white screenprints in the exhibition, all 40 x 40 inches, are drawn from the collection of the Princeton University Art Museum. The Currents series premiered in 1970 at Dayton’s Gallery 12 in Minneapolis, which supported a range of artists who were considered to be progressive or avant-garde at the time. 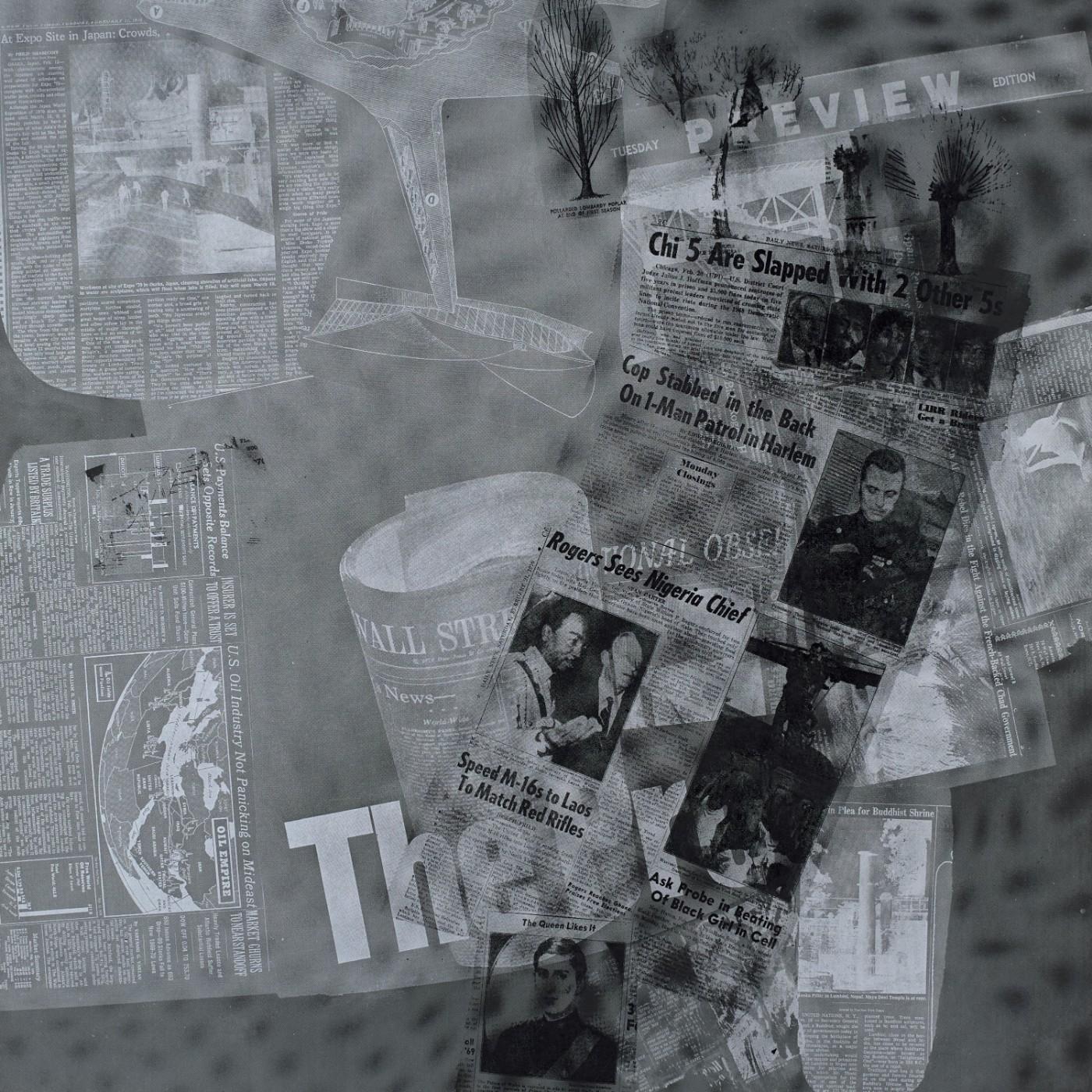 “In anticipating the 50th anniversary of this important work, which we do not believe has been installed together since 1970, we are pleased to offer visitors the opportunity to come to grips with Robert Rauschenberg’s inventiveness, his sophisticated creative vision and his incisive reportage,” said James Steward, Nancy A. Nasher–David J. Haemisegger, Class of 1976, director. “Like many of the greatest prints of the modern period, these works combine formal invention with political engagement in a way that demands they be taken both as great works of art and as critical documents of one of the most tempestuous periods in U.S. history.”

Rauschenberg’s innovations as an artist blossomed in the 1960s as he mixed screenprinted images collected from popular media with an eclectic array of found objects, gestural painting and performance art to produce some of the most animated, daring works by any artist of his generation. By the end of the decade, Rauschenberg was internationally famous. At the same time, his work was becoming darker as he became more committed to social activism.

According to Rauschenberg, the Currents projects represented his “active protest attempting to share and communicate my response to and concern with our grave times and place . . . the most serious journalism I had ever attempted.” The title, Currents, refers to both the significant undercurrents of social and political upheaval underway in 1970 and specific contemporary current events.

For the Currents project, Rauschenberg collected stories, headlines, ads and images cut from more than 15 newspapers and tabloids from around the country dating primarily from early 1970. These clippings, combined with drawn, printed and transferred images, were pasted together to make 36 collages that were then photographed. The photographic negatives were enlarged and used in a variety of combinations to create screens for three series of photomontage-screenprints.

In the first, entitled Currents, Rauschenberg created a continuous 54-foot-long by 6-foot-high handprinted silkscreen of the 36 collage studies – one of the largest such prints ever created. To reach a larger audience, Rauschenberg produced Features from Currents, which consisted of 26 of the collage studies printed on individual sheets of paper.

For the 18 screenprints in Surface Series from Currents, Rauschenberg superimposed two different negatives in making each of the screens, resulting in a cacophony of words and images that engulfs the viewer in a cascade of current events. The seemingly accidental patterns that are distinctive in this series are the result of having enlarged the negatives to the point where ben-day dots from the reproduced newspaper photographs become visible.

Rauschenberg said of the series, “The fact that you paid a quarter for your newspaper almost satisfies your conscience: Because you have read your newspaper, you have done your bit. And so you wrap your conscience in your newspaper just like you wrap your garbage ... I made that series [Currents] as realistically as I could, as austerely as possible, in the most direct way I knew how, because, knowing that it was art, people had to take a second look, at least, at the facts they were wrapping their garbage in.”

Committed to advancing Princeton’s teaching and research missions, the Museum also serves as a gateway to the University for visitors from around the world. Intimate in scale yet expansive in scope, the Museum offers a respite from the rush of daily life, a revitalizing experience of extraordinary works of art and an opportunity to delve deeply into the study of art and culture.