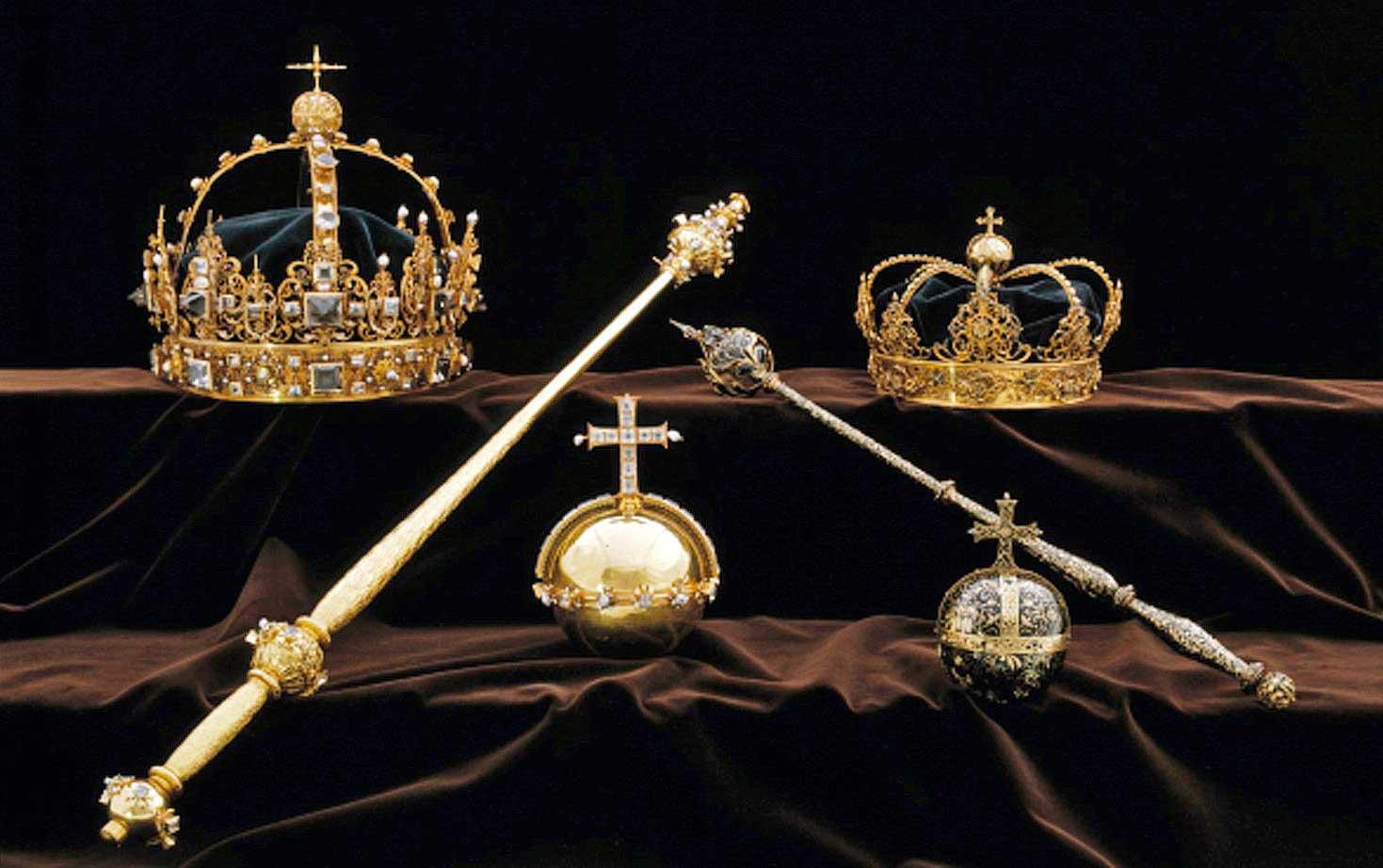 The two crowns pictured, as well as the orb at the center of the photo, were stolen in a brazen heist on Tuesday.

In a heist fit for a movie, several priceless pieces of the Swedish crown jewels were stolen in broad daylight on Tuesday. Part of a display at the Strängnäs Cathedral, the stolen objects include two crowns and an orb. Once buried with King Karl IX and Queen Kristina, the gold crowns encrusted in jewels and pearls date back to 1611. Built in the early 12th century, the gothic cathedral houses the tombs of several Swedish royals, and is home to one of the oldest surviving libraries in Sweden. 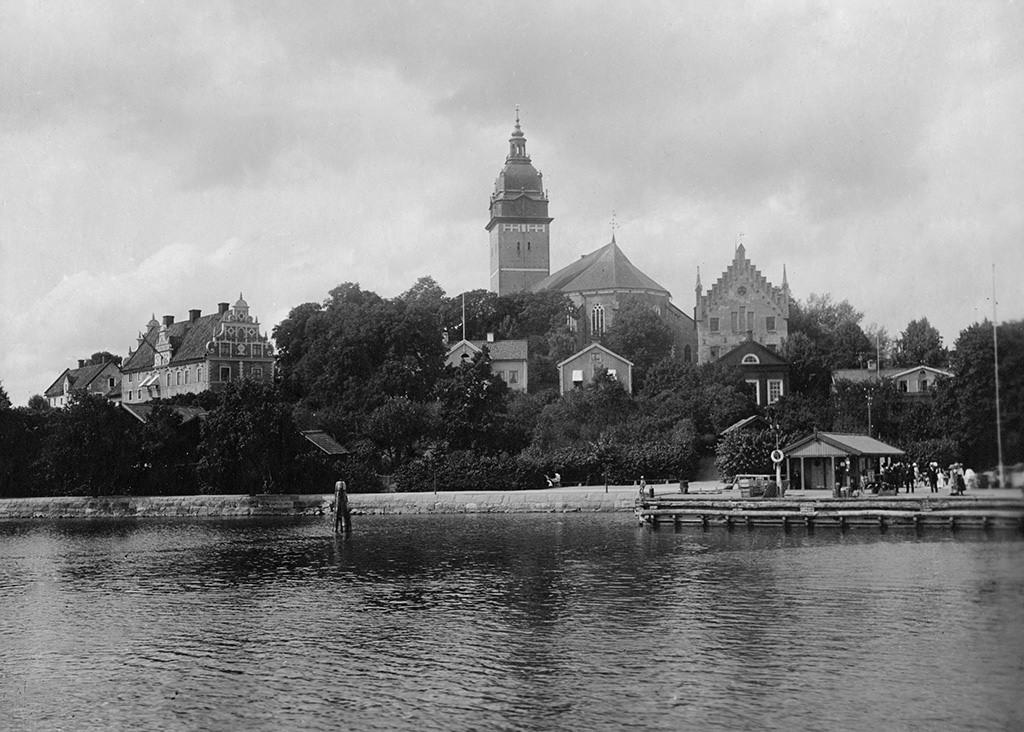 View of Strängnäs Cathedral from Lake Malar, circa 1910

Open to the public, thieves walked right into the Cathedral just before noon on Tuesday, local time. After smashing the glass of the armed displays, they fled first on bicycle and then by motorboat. The Strängnäs Cathedral is situated near Lake Malar, a busy waterway with access to many islands and major cities. Despite the use of helicopters and a request for tips from the public, the search for the thieves has been unsuccessful so far. Police are currently using divers to search the lake, hoping to turn up useful clues.

Because of the high-profile of the heist and the rarity of the crown jewels, they will likely be hard for the thieves to sell. This raises concerns about the safety of the objects, as items this old require special handling to preserve them. If the objects are not recovered, they will likely not be properly cared for, potentially damaging them.