The Surrealist, Absurd, Abject world of David Henry Nobody Jr 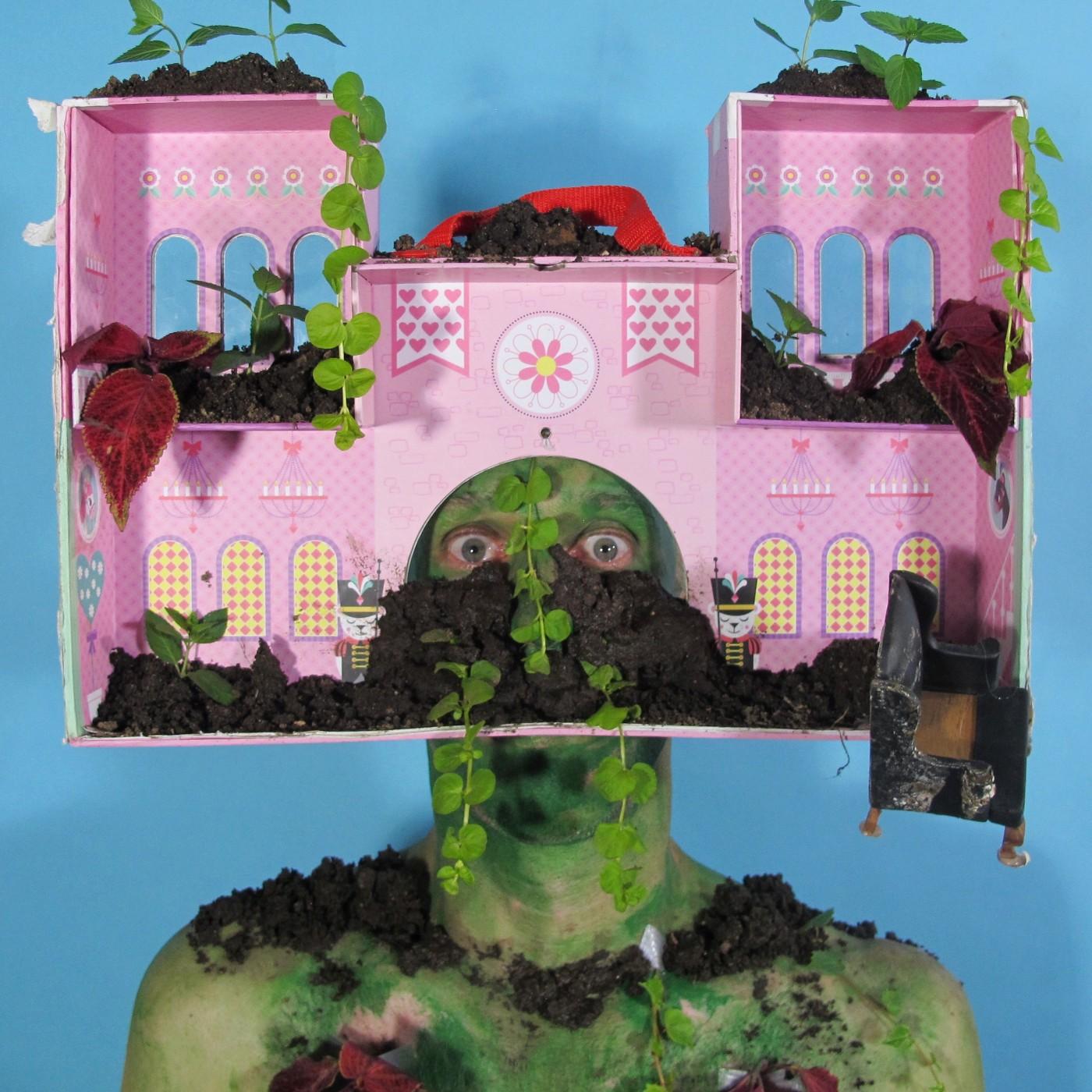 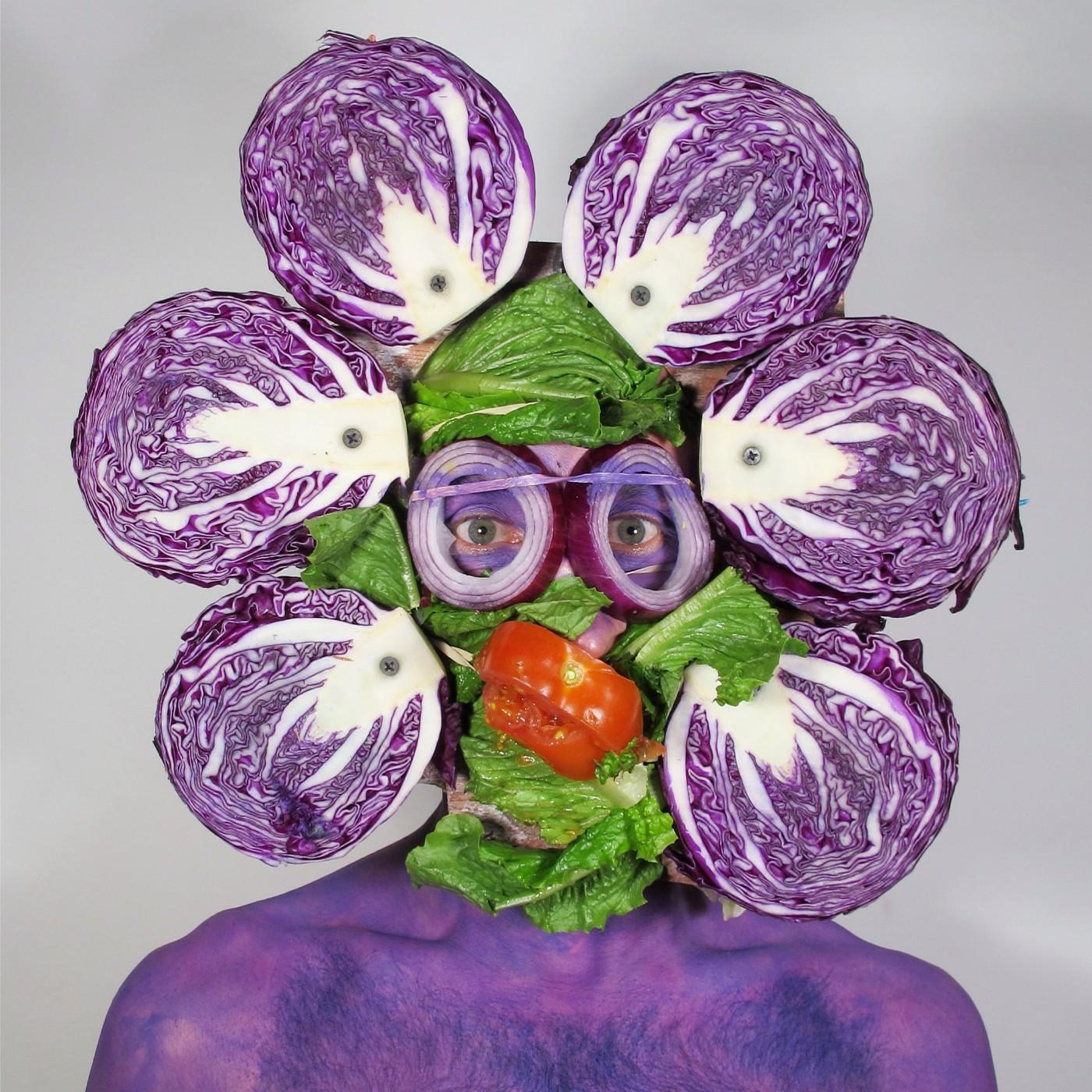 Fake Smears and Facial Food Fiascos presents the collected work of the online performative alter-ego @davidhenrynobodyjr, known for transforming himself into bizarre characters using masks and wearable sculptures comprised of food and consumerist detritus. The artist calls this practice “Resemblage”, a term he coined to describe his unique conceptualizations, humorously and disturbingly exploring the dark side of American pop culture and politics. His “Resemblage” pieces question humanity, the modern day, and aims to incite the imagination, exploring notions of “the self” in the narcissistic world around us.

With a sense of urgency, Nobody Jr creates and performs surreal, distorted self-portraits appropriated from memories of dreams, considering the resulting images “subconscious, animalistic rejection of our increasingly computerized and corporatized reality”. 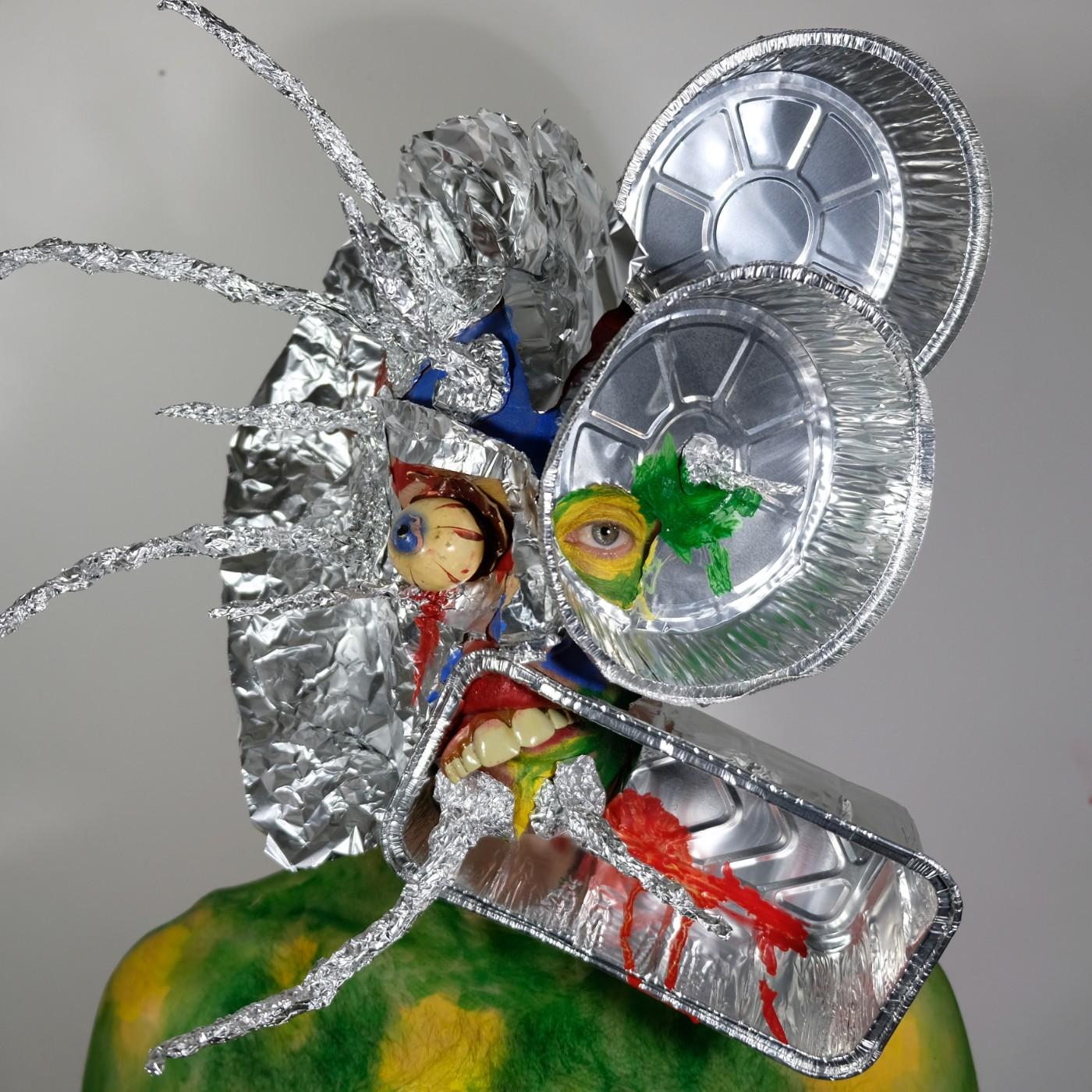 The artist finds inspiration in subjects such as Body Dysmorphia and its relationship to our obsession with the online world. Exploring surveillance, tracking and information-grabbing, Nobody Jr alludes to the current political zeitgeist and how these mediums affect our perception of reality. Fake Smears and Facial Food Fiascos uses comedy, the hideous, and the spiritual to map the complexities of the human soul.

The artist will be in conversation with Noah Becker (Editor Whitehot Magazine) on Saturday Feb 9th, 2019 at 6pm at the gallery.

About the Artist:
David Henry Nobody Jr. is an artist based in New York. Since the early 1990’s Nobody Jr has been showing in NYC and internationally, producing numerous creative “actions” and objects including the Human Weeble Wobble. He is notoriously known as the “bad boy artist” who impersonated Alex Von Furstenberg for a year, crashing countless VIP parties in NYC in 2000. The project became his first solo show and caused a national media scandal after he publicly exhibited photos documenting his interactions with President Clinton, Sarah Jessica Parker and even the real Alex. 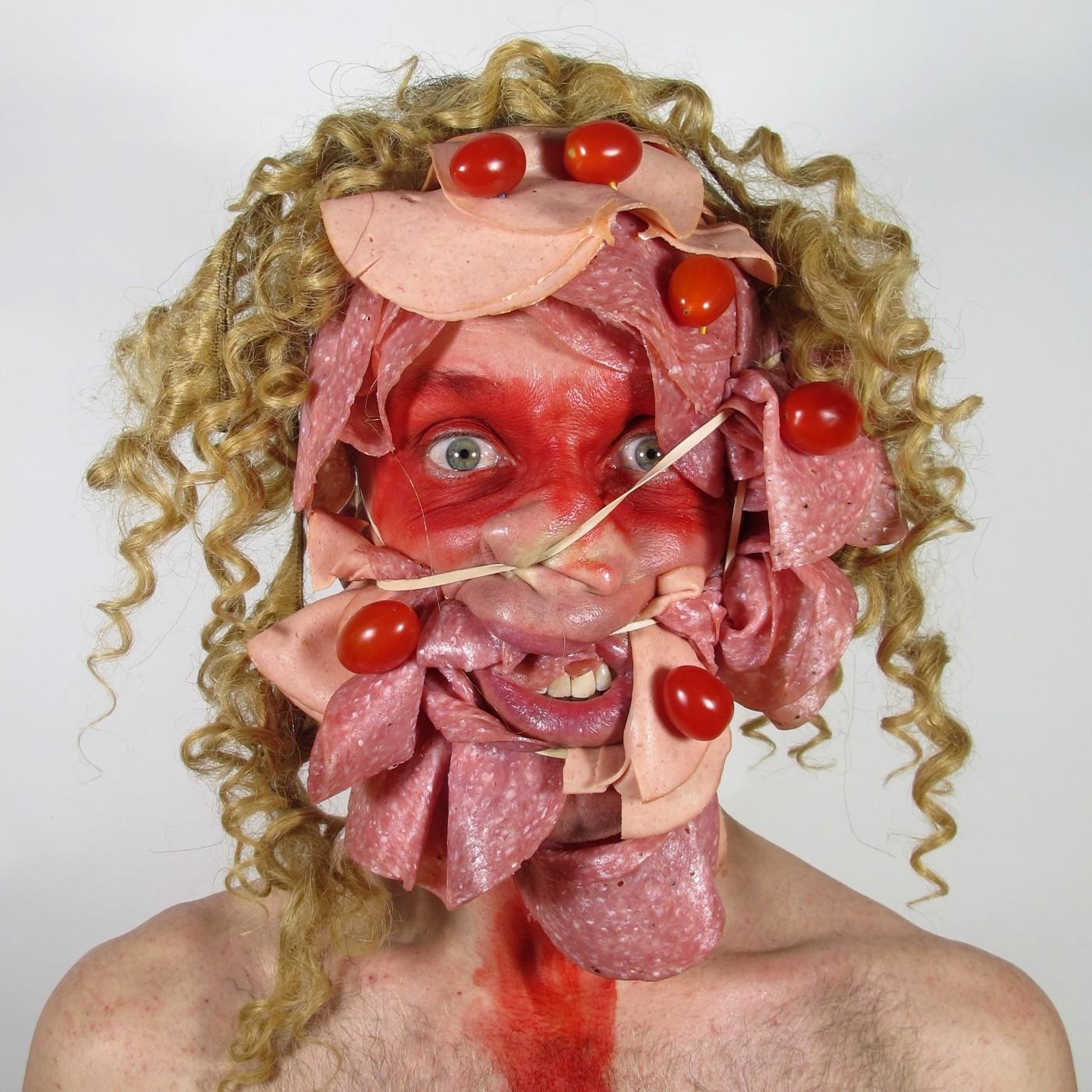 Nobody Jr. predicted the Trump presidency in his 1999 Stalking Trump series in which he tried to meet Donald Trump as many times as possible in one year. He independently created “Trump for President 2000” signs, testing public reaction in a series of prescient street performances documented in video.

David is a founding member of the Fantastic Nobodies, a renegade/outsider/performance art collective, which was a collaboration of five artists, 2003-2013. The Nobodies have shown in Berlin and in New York most notably with Andrew Edlin Gallery and at WhiteBox. Recently the artist presented a solo show and performance series at MOCA Tucson.

His work has been featured on the BBC, VICE, The Creators Project, Insider, Observer, Whitehot Magazine, Bedford and Bowery, HiFructose, Ravelin Magazine, among others.