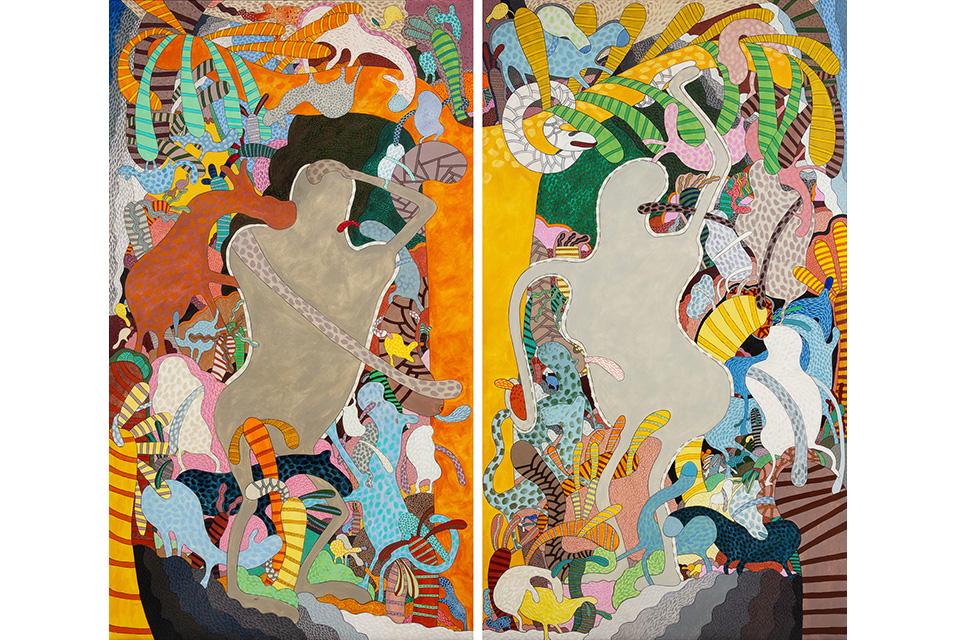 Chicago — Hindman’s Post War and Contemporary Art Auction on September 26 at 10 a.m. will feature an extraordinary selection of rare and outstanding paintings by the Hairy Who? and the Chicago Imagists. Included in this premier presentation are superb examples by Art Green, Gladys Nilsson, Jim Nutt, Ed Paschke and Karl Wirsum.

Their work was known for grotesquerie, surrealism and complete separation from the art scene in New York art or world trends.

Jim Nutt’s Plume from 1989 is estimated at $200,000-400,000 and offers a unique opportunity for collectors to acquire an early work from his period of portraits that emerged as his preferred painting product in the 90s and has held a continued place in his practice. These stylized and detailed, fantastically imagined women were influenced by the formal constructs of Renaissance portraiture, balancing between the beautiful and grotesque and exemplifying an artist who has mastered his craft.

“I have spent my life surrounded by Chicago art and artists and have had the good fortune of bringing numerous stellar examples of Chicago Imagist material to market over the last decade here at Hindman.” says Zack Wirsum, Senior Specialist in Post War and Contemporary Art. “I can say with full confidence that this selection of paintings is among the best batches of Hairy Who? and Imagist work to come up at auction in one setting that I have ever seen. I anticipate the excitement over these works from the collecting world to be absolutely frenzied.” 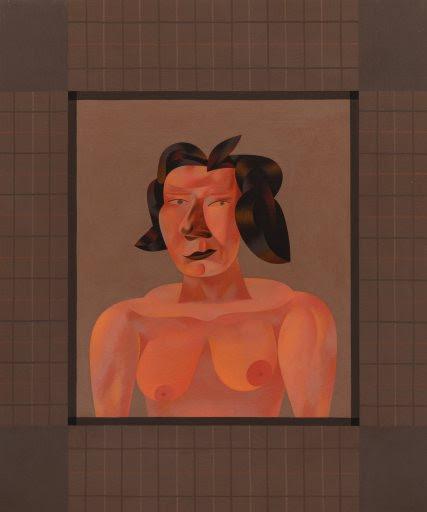 One such highlight is the uncharacteristically large-scale diptych by Gladys Nilsson, Dipdick...Adam and Eve after Cranach, 1971, estimated at $20,000-30,000. This work playfully riffs on Lucas Cranach the Elder’s similarly titled Northern Renaissance masterpiece. Engaging the same energy as her more intimate watercolors but on a grander scale the work employs high key colors, dynamic patterns and whimsical interwoven bodies to reinterpret and reinvigorate a classic.

Two paintings from Karl Wirsum’s seminal Doggerel series of vibrantly electric colored and graphically edged anthropomorphic dogs will be reunited for the first time since the late 60s. With presale estimates of $40,000-60,000 and $50,000-70,000 each, Doggerel, 1966 and Doggerel III, 1967 interestingly come to market from two different collections. Originally purchased from a group exhibition at Dell Gallery in 1966 and the second Hairy Who? exhibition at the Hyde Park Art Center in 1967 respectively, the works have remained with the original buyers since. This pair of paintings illustrate Wirsum’s evolution from more open-spaced akimbo psychedelic abstraction to a full-frontal frenetic symmetrical figuration that became his signature approach through the rest of the 60s and beyond. Other Chicago artists of note featured prominently in the auction are Leon Golub, Richard Hunt, George Cohen and Gertrude Abercrombie.

The artist Jim Nutt was born in 1938 and studied at the School of the Art Institute of Chicago in the early sixties just as Abstract Expressionism was ceding the spotlight to Pop Art.  Together with other students he and his wife, the painter Gladys Nilsson, formed a group that came to be known as the Hairy Who. Allied to the Chicago Imagists, their style was a kind of surrealizing Pop, with a cartoonish, eschatological gonzo character that earned them a swathe of group shows across the US and beyond from 1966 through to the early 70s.

Since the mid-90s Nutt has focused exclusively on painting female heads; the works in this current exhibition date from 2010 to 2016. They are not portraits, although the artist does admit to being a close observer of people in the street. Writing in the New Yorker, David Nolan referred to them as a kind of ‘geek classicism’. The works are of uniform size, and draw one in with a power to match a Lucas Cranach Adam and Eve. Nutt uses thinned acrylic paints. This is significant because the color used this way has a translucency that means he has to build up many layers of paint to achieve the desired effect. He is interested not in brush strokes, the paintings are entirely without gesture, but in the impasto brought about by this layering which in turn lends the heads an extraordinary three-dimensionality.