Sotheby’s to Auction the Frank and Lorna Dunphy Collection 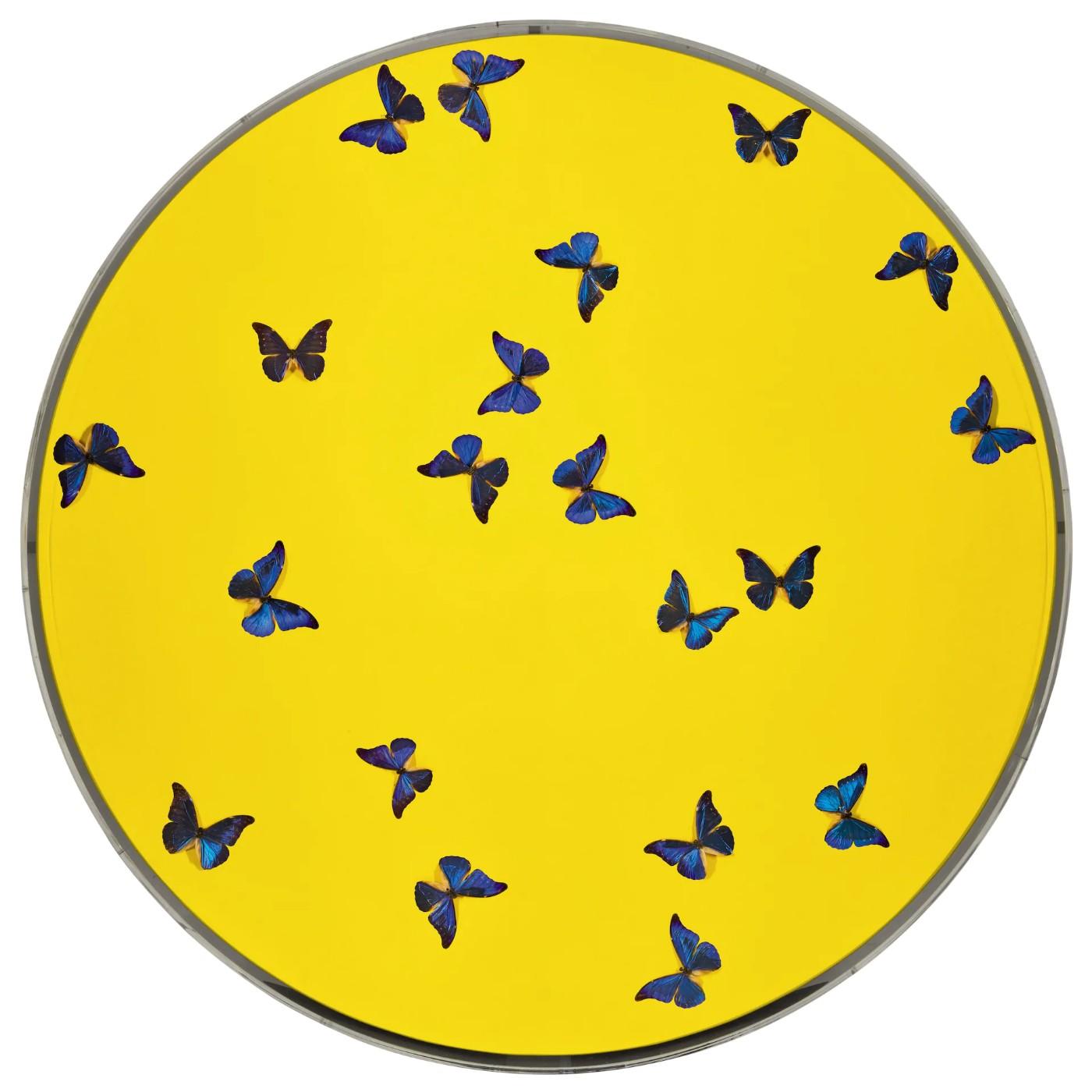 Over 200 works from the collection of Lorna and Frank Dunphy, former business manager to Damien Hirst

Chronicles life at the heart of the YBA scene alongside Damien Hirst, Tracey Emin, Michael Craig-Martin and Rachel Whiteread

18 June 2018 – In September 2018, Sotheby’s London will celebrate one of the most extraordinary art world collaborations of our times: that of Damien Hirst and his unstoppable business manager, mentor and ‘partner in crime’, Frank Dunphy.

Married for thirty years this year, Frank and Lorna’s first meeting took place around a snooker table in London in 1981. It was the first night during which The Green Room, an actors’ club, allowed women to enter, and it was then that Lorna caught the attention of Frank, who was playing snooker with friends. When Frank played the ‘yellow ball’, he saw Lorna for the first time.

The yellow ball then became a central motif in their life together: they named their company Yellow Ball Management, and a circular butterfly painting, "Smashing Yellow Ball at Peace Painting," 2008, (est. £100,000–150,000) was given to the pair when Frank and Hirst ended their partnership. Frank and Lorna even toyed with the idea of having a yellow ball shaped carriage at their wedding, but settled instead for a gold car with a shag pile carpet.

Frank and Lorna were catapulted into the world of the Young British Artists (YBAs) following Frank’s appointment as Hirst’s business manager in 1995 and together assembled a collection reflecting the many friendships that followed.

At the core of the collection are a number of works by Damien Hirst – most made especially for the Dunphys, given as tokens of affection or in jest – which together chronicle the work and the play behind their adventures together.

Numerous pieces by the YBAs also speak to the spirit of the times. These artists made up Frank and Lorna’s world, with long nights spent together at their favourite haunt The Groucho Club (where the Dunphys held their wedding reception). The central place this tight-knit group occupied in Frank and Lorna’s lives is brought to life by the many pieces they made specifically with the Dunphys, or their homes, in mind.

Frank and Lorna Dunphy said: “The art scene has been our life for the past 30 years. Living with the art has been like living with our friends. Much of it is steeped in happy memories, and much of it we bought ourselves simply because we loved it. But time waits for no man, and the time has come to say goodbye to some of the art, though not the memories nor to the friendships”.

Oliver Barker, Chairman of Sotheby’s Europe: “Behind every great creative genius is a Svengali-type character who helps unleash and channel their brilliance. For Damien Hirst this was Frank Dunphy, whose midas touch is now legendary. You walk into a room inhabited by Frank and Lorna and you feel reunited with your oldest friends, but at the same time you know are in the presence of two of the most ingenious and inspirational minds you’ll ever encounter.”

Frank Dunphy and Damien Hirst
Born in the seaside town of Portrane in Ireland, Frank Dunphy embarked on a career in show business in London in the 1960s managing singers, dancers and touring circuses, including Coco the Clown and the American singer songwriter Gene Pitney. After turning down the chance to manage a then unknown group who would later become known as Led Zeppelin, it was his meeting with Damien Hirst at The Groucho Club (which was arranged by Hirst’s mother) that propelled him into the heart of the 1990s art scene.

A paternal figure to the artist, Frank went on to play a crucial role in Hirst’s ascent into one of the most commercially successful artists of all time. Over 15 years, he helped mastermind ventures such as the private sale of "Hymn" in 1999, the first work by the artist to sell for over £1 million; the repurchase of nearly a third of Charles Saatchi’s holdings of early Hirst works in 2003 in an unprecedented move; and both Sotheby’s ‘Pharmacy’ (2004) and ‘Beautiful Inside My Head Forever’ auctions (2008).*

Frank and Lorna Dunphy
Art informed every aspect of Frank and Lorna’s subsequent life together. In their early days of courtship they visited countless galleries and museums, including memorable first trips to the Guggenheim and The Museum of Modern Art in New York. A Gorilla sculpture by Angus Fairhurst, "A couple of differences between thinking and feeling," 2000, (est. £8,000–12,000) would sit at the head of the Dunphy’s dining table when they hosted an ‘unlucky’ number of 13 guests.

Other celebrated names in the collection include Andy Warhol, with one of his renowned dollar paintings conceived in response to the huge rise of consumerism in mid-20th century America. "Dollar Sign," 1982 (est. £200,000–300,000) had originally been gifted to Warhol by his great friend David Whitney, the collector, critic and gallerist. There is a note on the back of the painting that reads ‘to Warhol from David.’ A tagli (cut) piece by Italian painter, sculptor and theorist Lucio Fontana, "Concetto Spaziale, Attese," 1961, is the most valuable lot in the sale (est. £600,000–800,000). Among the American artists also represented in the sale is Richard Prince with the painting "Untitled (Gene Pitney)," 2011 (est. £50,000–70,000), named after the singer-songwriter Gene Pitney, who Frank managed prior to Hirst.