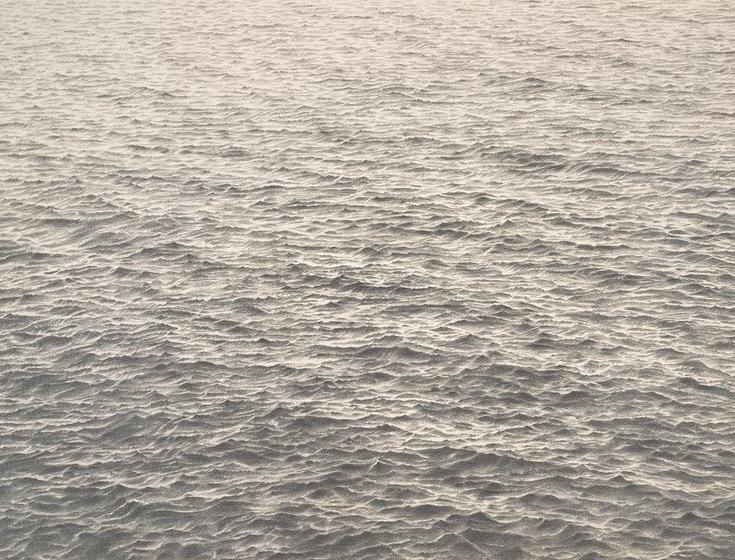 SAN FRANCISCO, CA — Long admired for her meticulous renderings of natural imagery, including ocean waves, desert floors and night skies, artist Vija Celmins has created paintings, sculptures, drawings and prints for more than five decades. The San Francisco Museum of Modern Art (SFMOMA) presents the global debut of Vija Celmins: To Fix the Image in Memory—the first North American retrospective of the artist’s work in 25 years—on view at the museum from December 15, 2018, through March 31, 2019.

Vija Celmins: To Fix the Image in Memory features nearly 150 works spanning the breadth of Celmins’ career from the 1960s to the present. Organized in loose chronological order by subject, it presents a wide variety of media, including paintings, drawings in graphite and charcoal and sculptures. 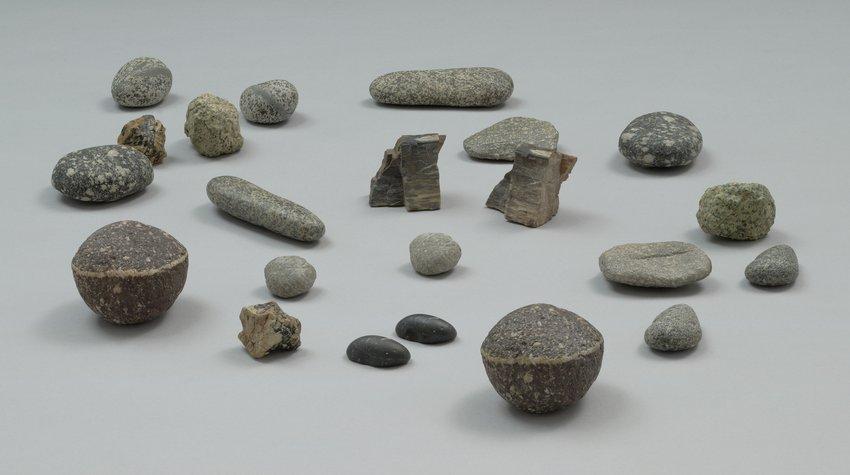 Vija Celmins, To Fix the Image in Memory I–XI, 1977–82; eleven stones and eleven made objects (bronze and acrylic paint); The Museum of Modern Art, New York, gift of Edward R. Broida in honor of David and Renee McKee

Celmins began her career in Los Angeles, where she became one of the rare 1960s female artists to be recognized by her male peers and develop significant standing. In the early 1980s she moved to New York, and is one of few figures to have been embraced by the art communities on both coasts. A singular artist, Celmins has never adhered to one particular theoretical framework, nor aligned herself with a movement or close association with any group of artists. Her work is remarkable for its exceptional craftsmanship and its probing reinterpretations of the relationship between representation and reality.

“For more than 50 years, Celmins has sustained an extraordinary career pursuing a unique vision using familiar subjects as a foundation for an intensive studio practice and exquisite, intimate compositions,” said Gary Garrels, Elise S. Haas Senior Curator of Painting and Sculpture at SFMOMA and lead exhibition curator. “This exhibition is an exciting culmination of more than 10 years working closely with the artist.”

The exhibition — which later travels to the Art Gallery of Ontario, Canada, and The Met Breuer, New York — features Celmins’ “re-descriptions” of the physical world, which are created through a demanding and deliberative artistic process. Immersive galleries begin with a group of Celmins’ studio still life paintings that first established the artist’s reputation. Other highlights include a gallery of Celmins’ iconic drawings of oceans tracing the 10 years she devoted to this subject from 1968 to 1977; and another featuring all five paintings the artist created depicting World War II fighter planes. Also included are two galleries dedicated to images of the night sky — one for paintings and one for drawings — from the late 1980s to 2001, with recent paintings and drawings of both subjects concluding the exhibition. Key sculptures shown in the presentation include Comb (1969–70), Blackboard Tableau #1 (2007–10) and To Fix the Image in Memory I–XI, (1977-82), from which the exhibition subtitle is taken. Comprised of 11 pairs of found stones and their bronze casts whose surfaces were fastidiously painted, this work was created over the course of five years, to re-describe the original stones.

Born in Riga, Latvia, Vija Celmins fled the country with her family near the end of World War II before the Soviet occupation. They lived in refugee camps in Germany until immigrating to Indianapolis in 1948. Celmins studied art at the Herron School of Art and Design at Indiana University and attended a summer session at Yale University before entering the MFA program at the University of California, Los Angeles in 1962. She quickly gained recognition for her first sustained body of work, painting each object in her Venice Beach studio. This series was followed by paintings and drawings of historical and contemporary subjects taken from newspaper and magazine reproductions and from her own photography.

Celmins’ most widely recognized bodies of work are her detailed drawing compositions of the ocean developed in the late 1960s, followed by her series of drawings of the desert floor and galaxies. After relocating to New York in the early 1980s, the artist turned again to painting, which could sustain saturated surfaces built from numerous layers and allowed her to slightly enlarge the scale of her work. In the 1990s, she created charcoal drawings in tandem with her paintings. Over the past 20 years, she has developed a wider and more diverse range of subjects, but also has revisited motifs from throughout her career.

In 1992, the Institute of Contemporary Art in Philadelphia organized the first retrospective of her work; she has also been presented in solo exhibitions at the Centre Pompidou, Paris; the Hammer Museum, Los Angeles; the Menil Collection, Houston; The Metropolitan Museum of Art, New York; the Museo Nacional Centro de Arte Reina Sofía, Madrid; the Museum of Contemporary Art, Los Angeles; the Walker Art Center, Minneapolis; and the Whitney Museum of American Art, New York. Celmins was inducted into the American Academy of Arts and Letters in 1996 and received a MacArthur Fellowship in 1997.