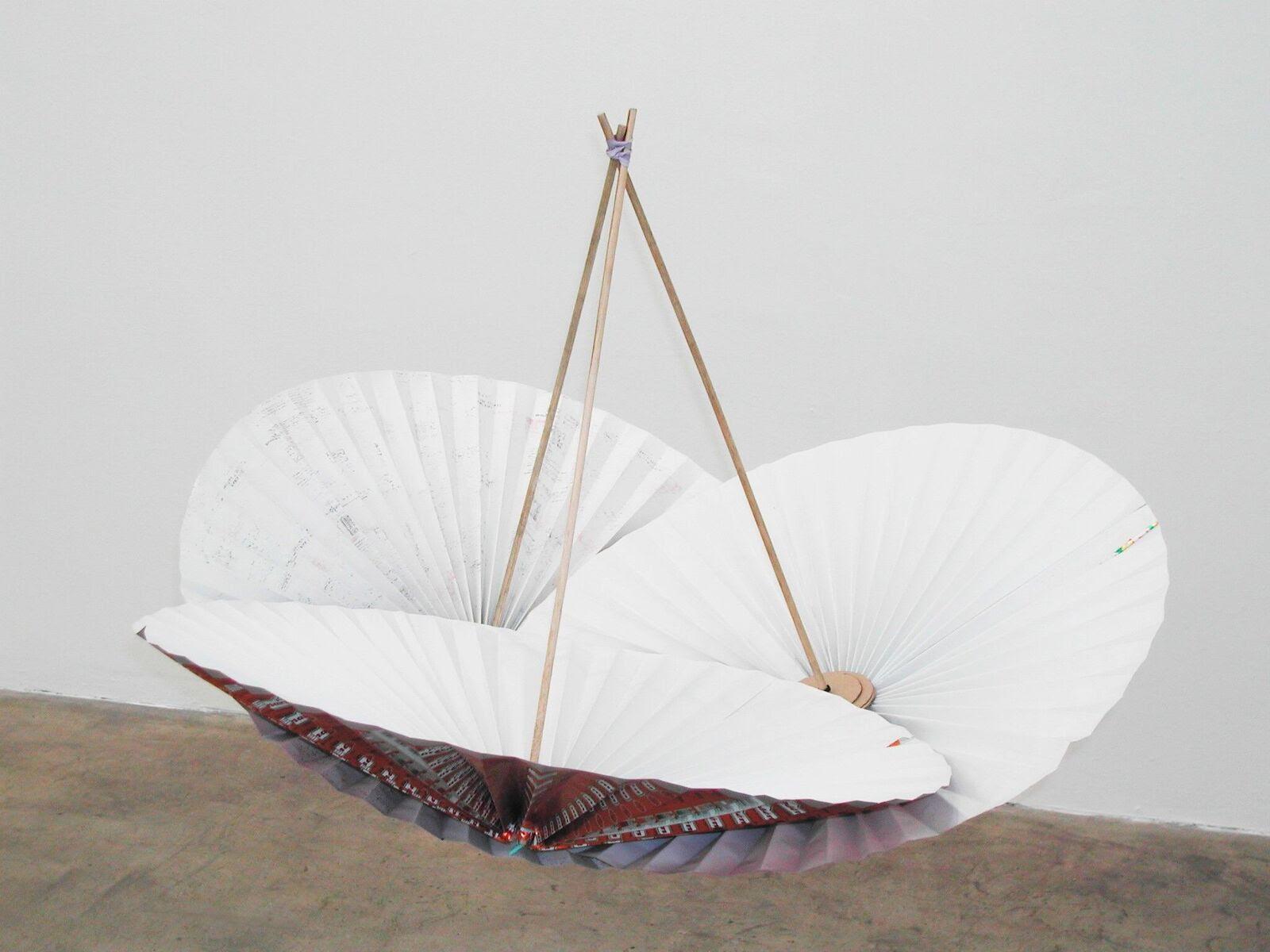 The artists on view all use humble materials for their assemblages, sculptures, and installations—including dust cloths, measuring sticks, soda cans, cleaning mops, cardboard packaging, and scratch marks of lottery tickets—and repurpose them to poignant effect. In many of these works, marked by a spirit of improvisation and fragility, it is the broken or discarded leftovers that form the starting point. Through clever alterations and suggestive titles, the artists offer evocative commentaries on history, society, the environment, labor, and human nature. Everyday Poetics reveals the aesthetic and narrative possibilities of the objects of daily life that typically go unnoticed.

All the works on view in the gallery are generously lent by Seattle collectors Dennis Braddock and Janice Niemi, who have been building their collection for 30 years. It is due to their efforts that SAM can present this exhibition of contemporary Latin American artists to its audiences.

Tonico Lemos Auad was born in Belém, Brazil and lives and works in London. With a background in urban architecture, he uses ephemeral and everyday materials in installations that play with perceptions of space and their environs.

William Cordova was born in Lima, Peru, and moved to Miami at a young age. He currently lives and works between New York and Miami. His work explores ideas of identity, transitions, and displacement, examining the nuances between languages, cultures, and economies of disparate places.

Adriano Costa lives and works in São Paulo, Brazil. With references to geometric abstraction and minimalist traditions, his work adopts found materials to reframe these legacies as a localized artistic effort and point to ongoing vestiges of colonialism. His work is often installed in a mode the artist describes as “pre-sculptoric,” rejecting traditional methods of display in order to emphasize the vernacular nature of his materials.

Abraham Cruzvillegas lives and works in Mexico City. Much of his work develops out of the concept of “autoconstrucción,” a theory which can loosely translate as “self-creating,” that defines the improvisational quality and precariousness of collaboratively built architecture in the Colonia Ajusco neighborhood in Mexico City, where the artist grew up.

Alexandre da Cunha was born in Rio de Janeiro, Brazil, and now lives in London. His work incorporates a wide range of materials associated with everyday labor—including mops, toilet plungers, and concrete—and reframes the value placed on these objects, finding in them elements of elegance and humor.

Marilá Dardot lives and works in São Paulo, Brazil. She is interested in the visual aspects and societal impacts of written language, and her work often employs books, printed cards, and magazines to explore ideas of language and communication.

Sonia Gomes was born in Caetanópolis, a center of the textile industry in Brazil, and lives and works in Belo Horizonte. Her fabric and wire sculptures are composed of scraps of colorful cloth that are found or gifted to the artist, and twisted into intricate and organic structures that evoke the personal histories of the individuals who once owned and wore the materials.

Fritzia Irízar often uses materials of high economic or cultural value in her work—including precious gems, gold, and currency—to explore ideas of desire and value, and the intersections between economic and symbolic worth. She was born in Culiacán, Mexico, where she lives and works today.

Los Carpinteros is a Havana-based artist collective founded in 1992 by Marco Castillo, Dagoberto Rodríguez, and Alexandre Arrechea (who left the group in 2003). Rejecting ideas of individual authorship, their adopted name—which translates to “the carpenters”—points to guild traditions and collective practices of skilled artisans. Their playful sculptures and installations adopt architectural elements to explore the intersections between art and society.

Marepe (born Marcos Reis Peixoto) lives and works in Santo Antônio de Jesus in the Bahia region of Brazil, where he was born, and his work is deeply connected to the area’s traditions. Transforming everyday materials into abstracted and poetic objects, he is interested in ideas of colonialization and globalization as they intersect with the local and the foreign.

Cildo Meireles was born in Rio de Janeiro, Brazil, where he lives and works. He is interested in concepts of impermanence and the division between appearance and reality, and his conceptual sculptures and installations are often marked by an interactive involvement of the viewer. His early work often responded to the conditions of the military dictatorship in Brazil, expressing a subtle subversion against systems of oppression.

Moris (born Israel Meza Morena) addresses issues of representation, marginalization, and poverty in his work, adapting discarded objects to poignantly examine the socio-economic problems of contemporary Mexican society. He was born in Mexico City, where he lives and works today.

Gabriel Orozco was born in Jalapa, Mexico, and is an avid traveler, currently living between Mexico City, New York, and Paris. Interested in the relationship between everyday objects and the individuals who use them, his work often seeks to subvert the conventional use of a material to open up new creative associations for the viewer.

Erika Verzutti lives and works in São Paulo, Brazil, where she was born. Her work often evokes animals and plants, at times using fruits and vegetables as molds for casting metal sculptures that suggest fantastic and often anthropomorphic forms.