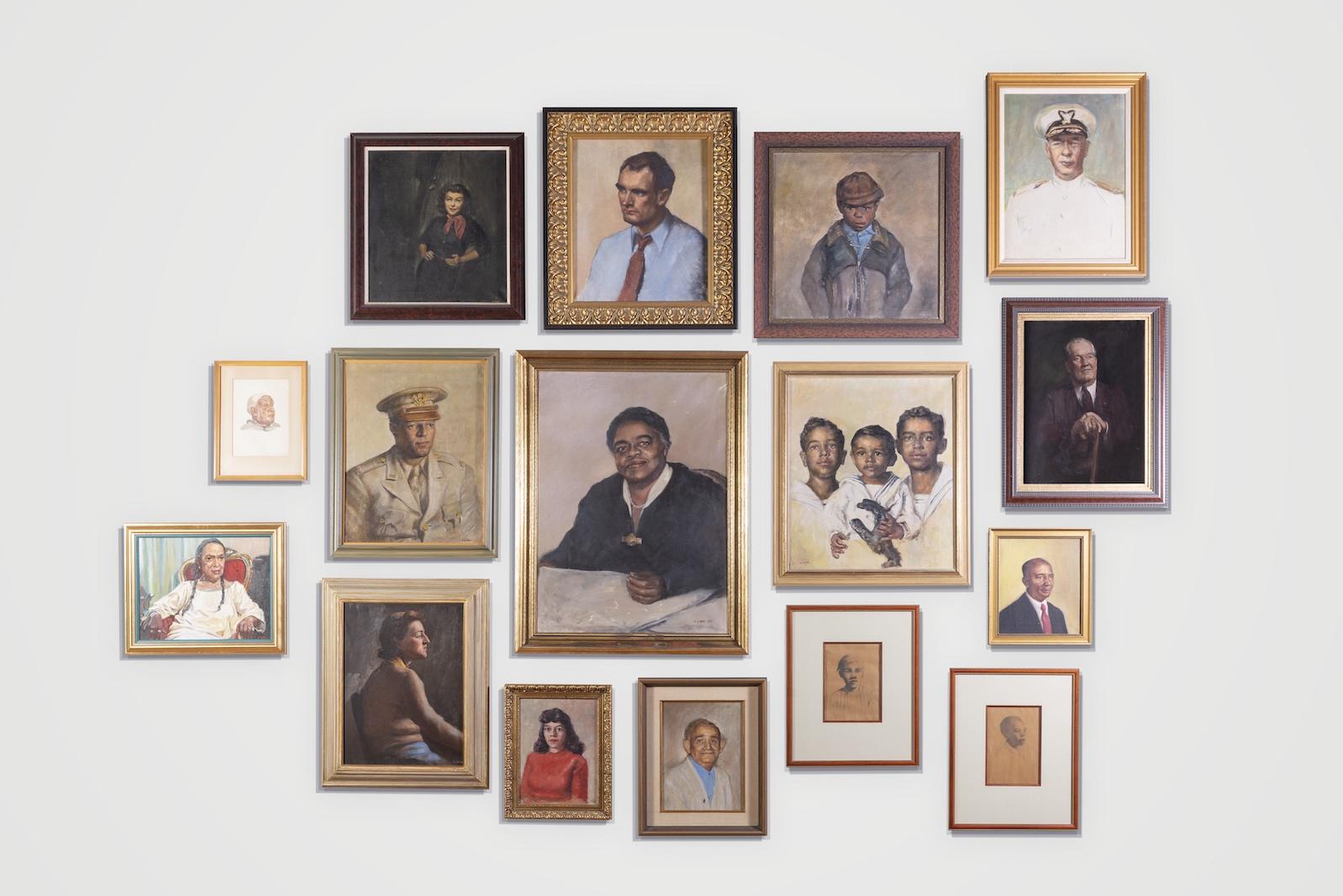 SAVANNAH, GA — Savannah College of Art and Design (SCAD) is pleased to announce the launch of a digital art exhibition showcasing the legacy of Savannah painter, educator, museum founder, and civil rights activist Virginia Jackson Kiah, Ph.D. Live Your Vision:  An Online Exhibition is on view now at the SCAD Museum of Art website.

Live Your Vision brings together a wide range of Kiah's figurative works, from casual self-portraits to regal military portrayals to life drawings. Using an array of media — oil, watercolor, and graphite on supports including canvas, Masonite, and paper — Kiah captured the essence of family, friends, celebrities, and strangers alike. Individually, these portraits are acts of attention, focus, and dignity. Taken as a whole, the exhibition reflects Kiah's deep belief in humanity and the vital role of inspiration and creativity in re-envisioning our future. 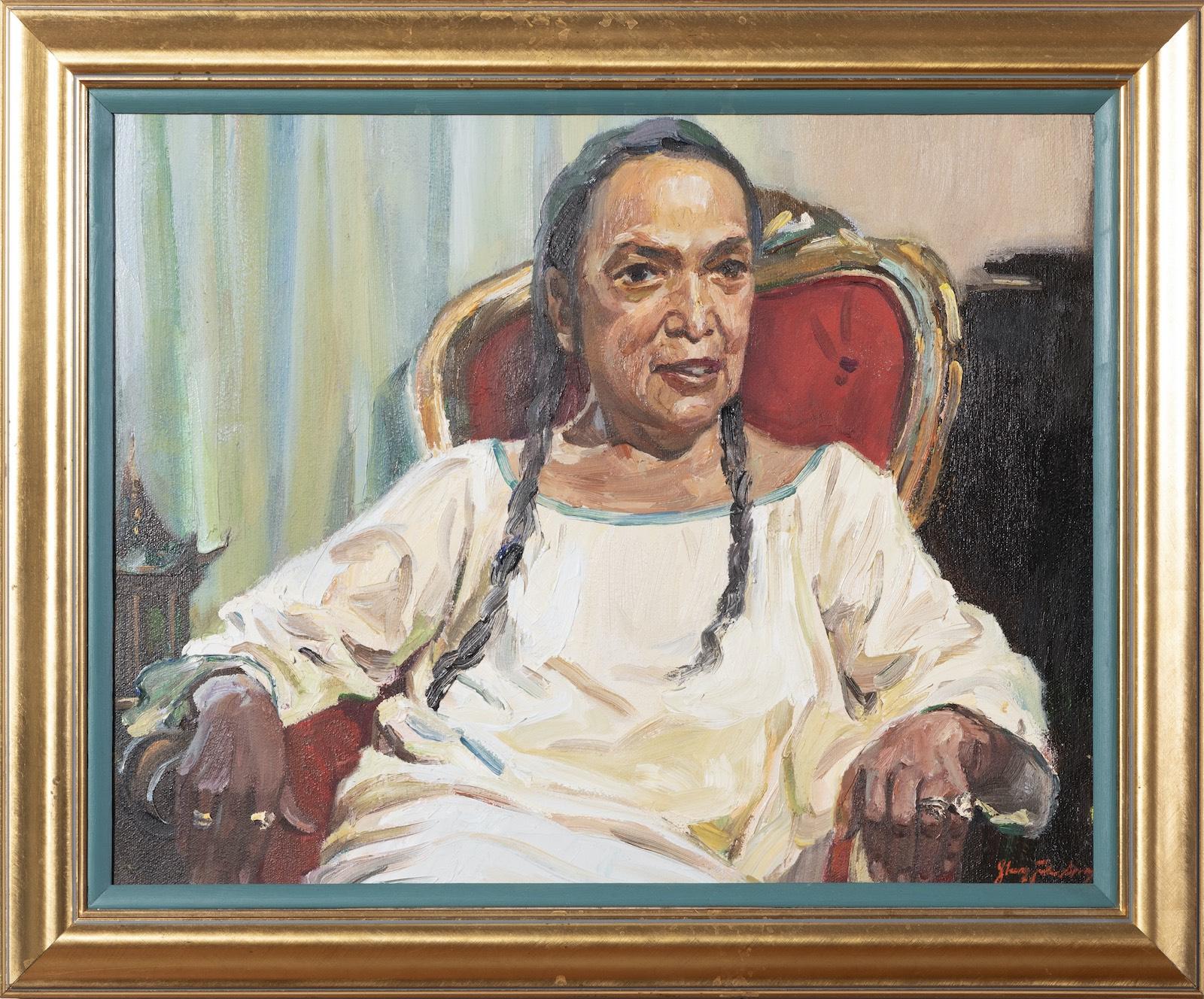 SCAD MOA curator DJ Hellerman said, “Virginia Jackson Kiah believed in the power of creativity, imagination, and dreaming to change the world. Her artwork is an important record of what she cared about and paid attention to. Her collection of portraits show deep engagement with her community and her skill as a portrait painter. Dr. Kiah donated her collection to SCAD so that future generations could be inspired to “live their vision.” This online exhibition is intended to give anyone who can access our website an opportunity to do the same.”

Born in 1911, Kiah grew up in Baltimore, and spent her formative years working alongside her parents at voter registration drives and other community-based, political activation events. Kiah was a trained portrait painter and arts educator, but as a young artist she was prohibited from entering museums and exhibiting her work solely because of exclusionary and racist practices. Committed to creating spaces of open access, in 1959 — just eight years after moving to Savannah, GA — she opened the Kiah Museum as a "museum for the masses." 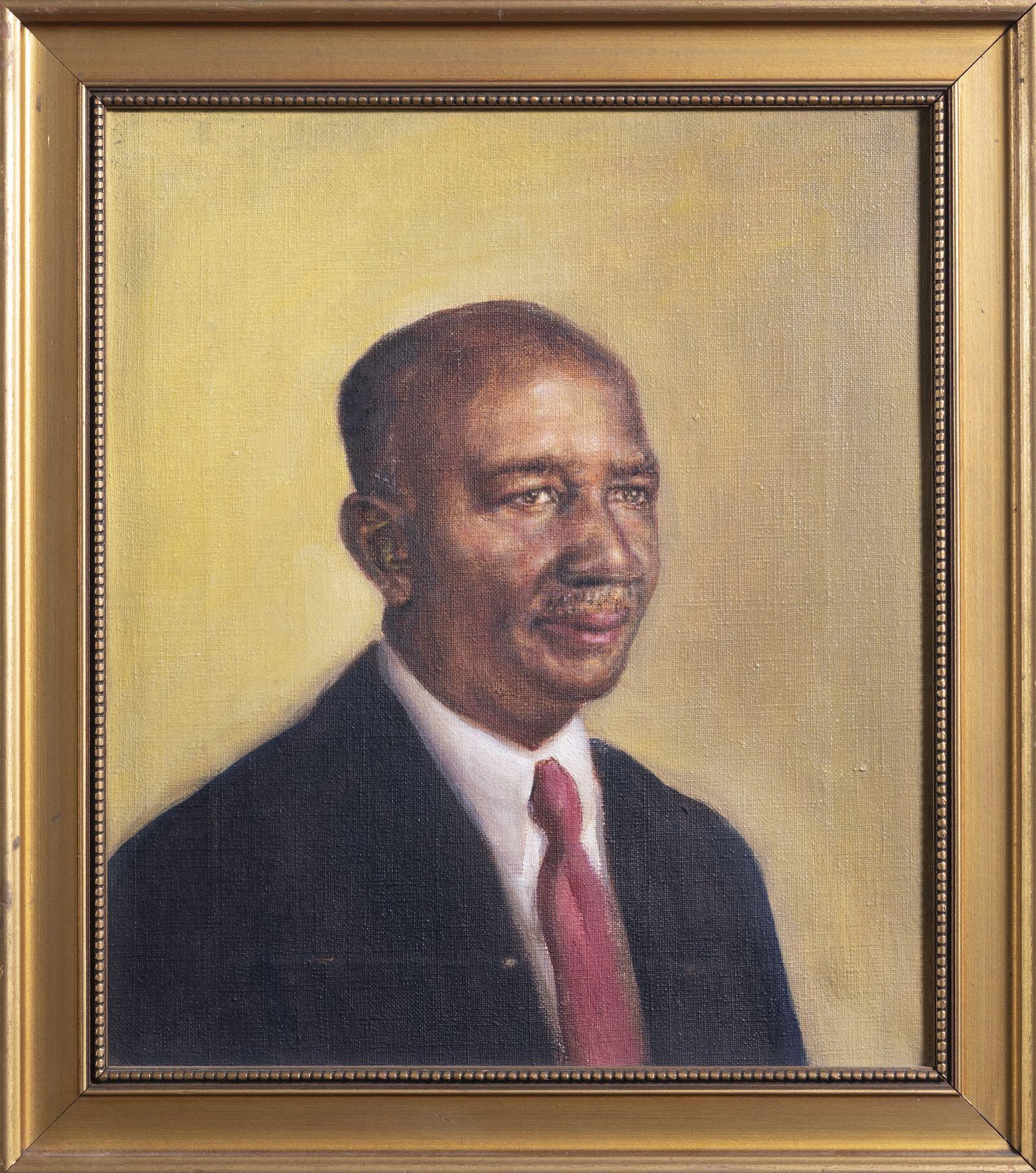 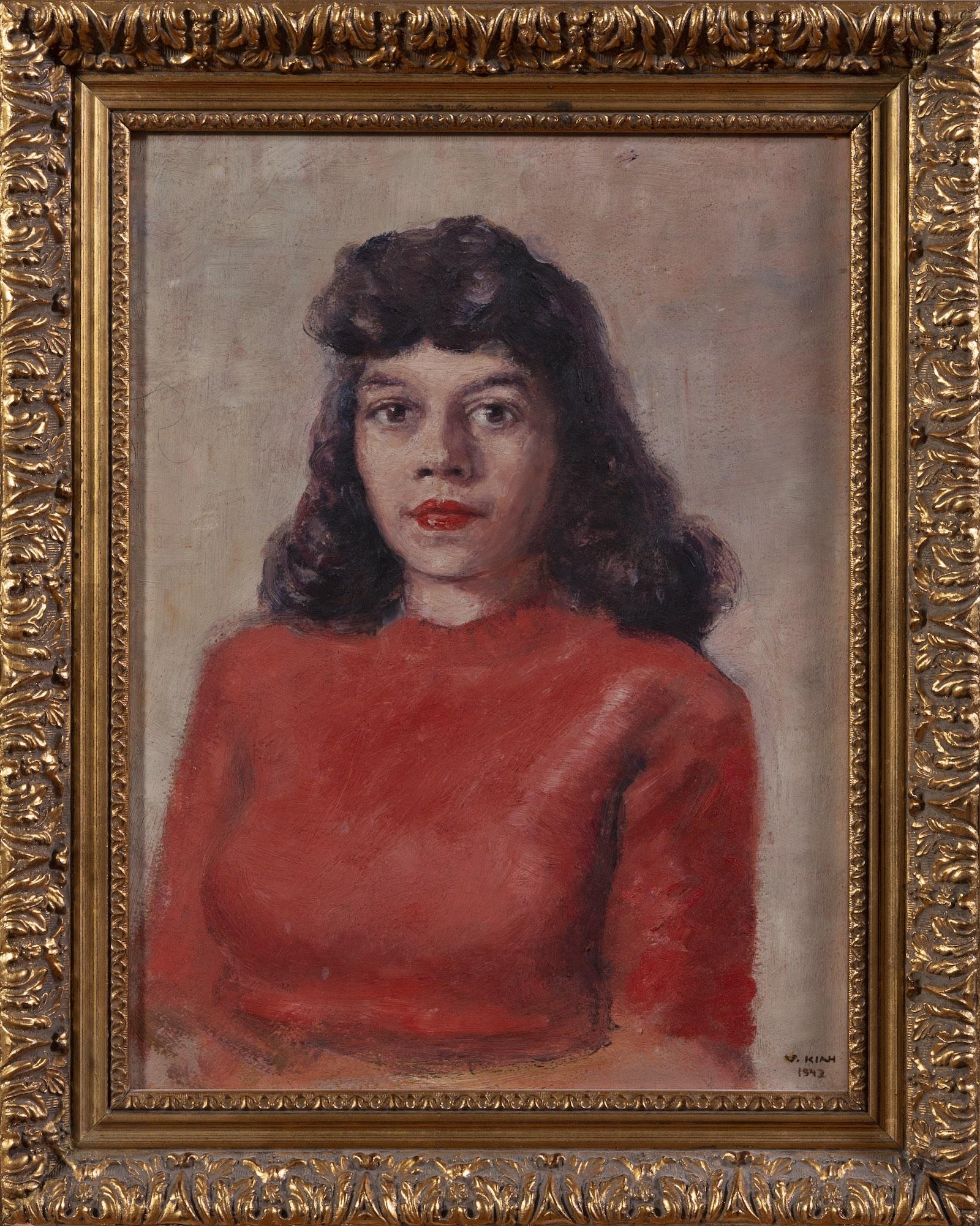 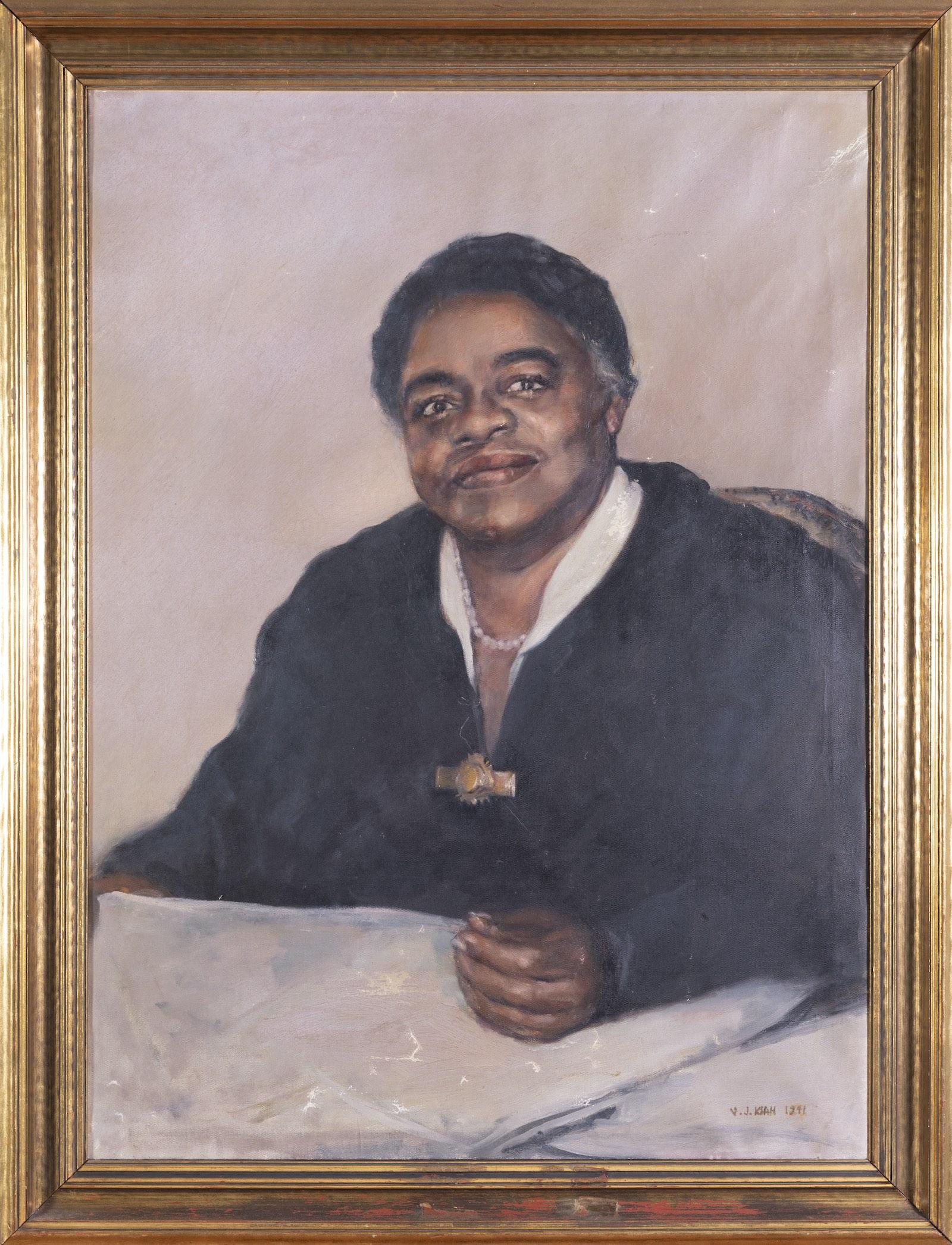 Kiah had a close, decades-long relationship with SCAD and cared deeply about creating a positive and accepting environment for students to learn and create. In 1986, SCAD awarded her an honorary doctorate of humanities. A year later, she was appointed to the SCAD Board of Trustees where she would serve until 1997. Interested in fostering young artists' work, Kiah created the Kiah Painting Endowed Scholarship, which is still active today.

In 1993, honoring Kiah's lifelong dedication to creating equity in the arts and support for emerging artists, SCAD renamed a prominent SCAD Museum of Art building in her honor. That same year, Kiah donated a selection of her paintings and drawings to the museum. In her donation letter, she explained, "It is my desire that the Kiah collection serve as an inspiration to future artists so that they, too, may live their vision."

ABOUT THE ARTIST
Virginia Jackson Kiah, Ph.D. (b. June 3, 1911 - d. Dec. 28, 2001) was an artist, educator, civil rights activist, museum founder, philanthropist, and nationally acclaimed portrait painter. She studied portraiture at the Philadelphia Museum School of Art and, in 1931, she graduated with honors. Kiah continued her studies at the University of Pennsylvania and at the Art Students League of New York. In 1950 she received her master's degree from Columbia University. Her work was exhibited at the Baltimore Museum of Art; the Baltimore Women's Civic League; the Carnegie Institute in Pittsburgh; the first National Council of Negro Women's Conference; the Eggleston Galleries, New York; and the SCAD Museum of Art.