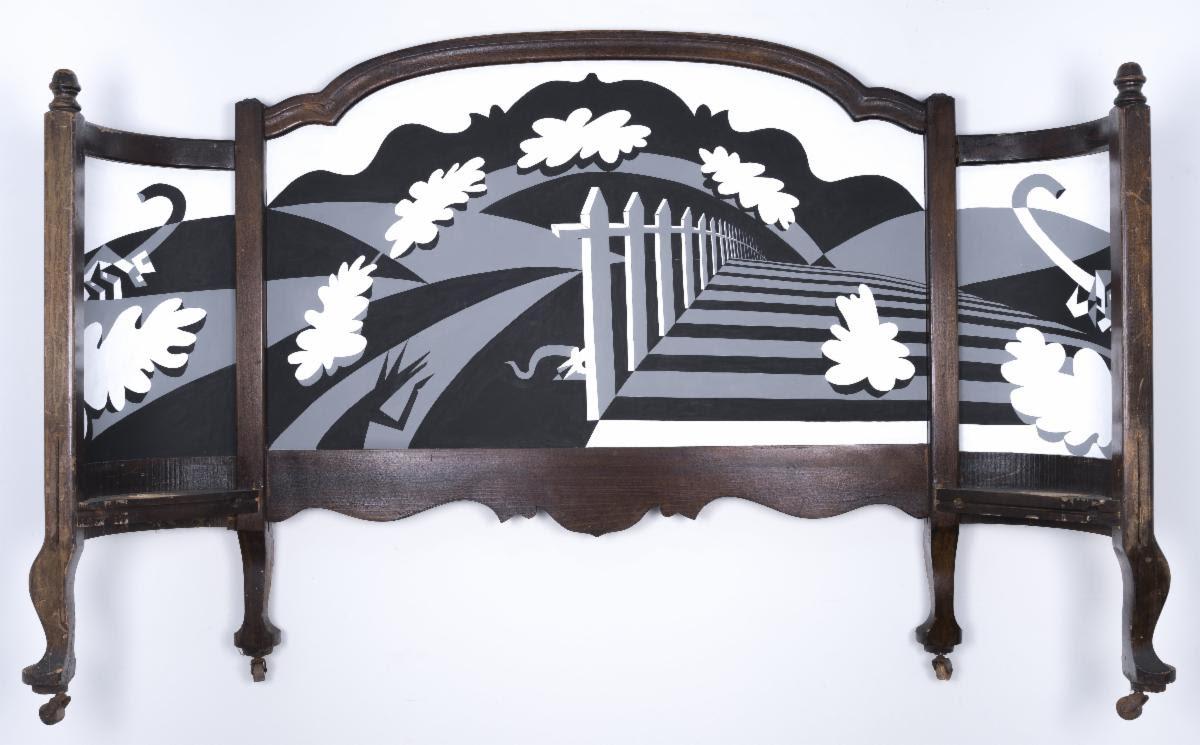 The title Somnambulist was inspired by the character Cesare from The Cabinet of Dr. Caligari who commits murders during a perpetual state of sleep under the control of the hypnotist Caligari. The film, a landmark of German Expressionism, was written by two young men who served in WWI. It is both an allegory for the atrocities they witnessed as well as a strange foreshadowing of the horrors that would befall during WWII. The film’s consideration of dreams was a practice integral to the Surrealists at this time as Sigmund Freud became internationally known. 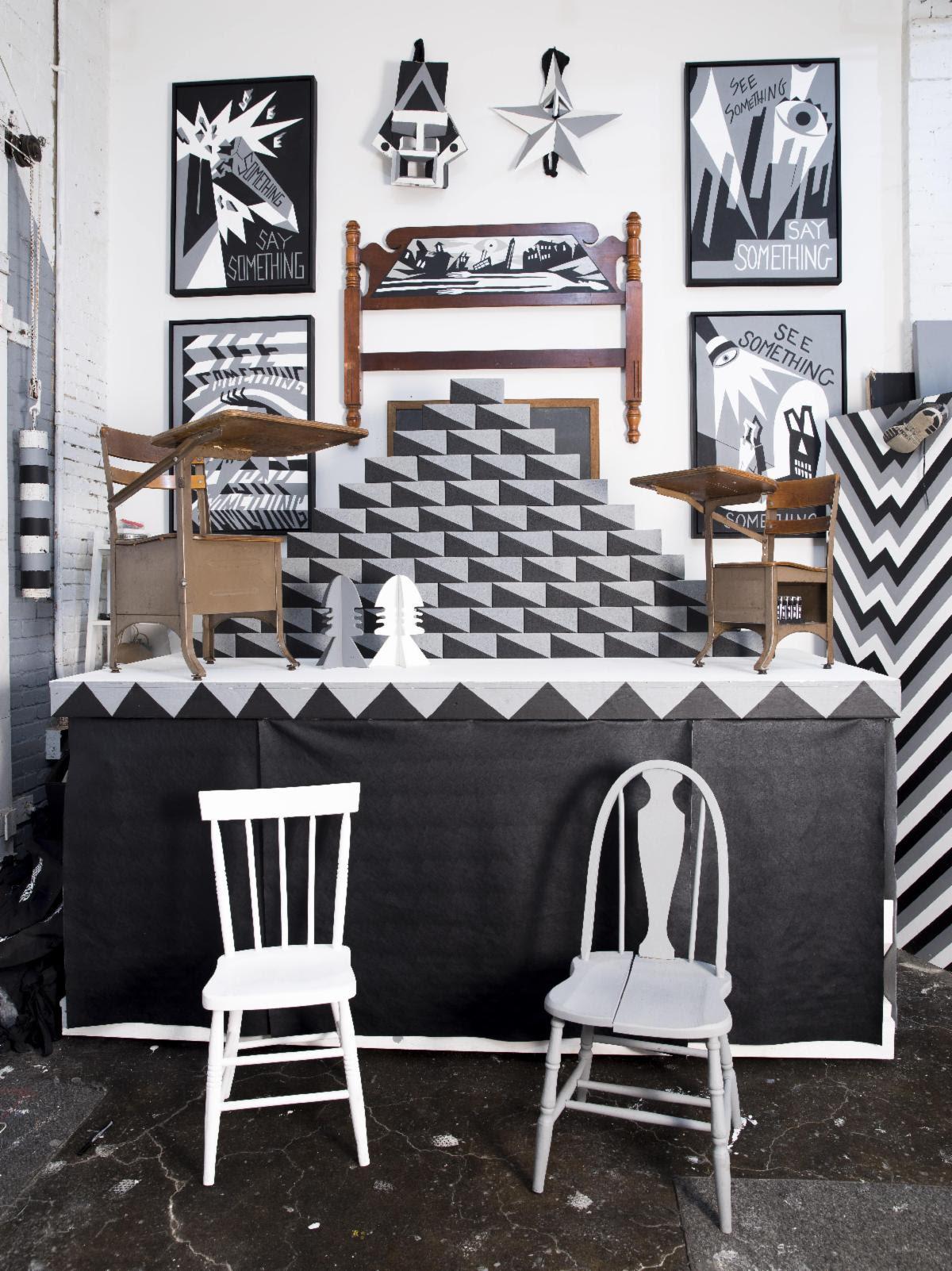 Bock has said that Somnambulist reflects the Surrealist tendency to “make functional items nonfunctional.” He further believes that our unprompted contact with Surrealism is activated solely during sleep, during which the meaning of recognizable objects falls into oblivion and is replaced with non-narrative and vaguely associative images. When we sleep, we enter a state of complete vulnerability, thus Bock questions whether or not we are in control over the activity of our subconscious. The works of Somnambulist constructed from pieces of everyday found objects that appear unnameable in final form still have a vague tether to the familiar.

A large portion of the exhibition is executed on headboards Bock acquired during a transformative residency at Boyd’s Station in Kentucky. As a result, much of the subject-matter Bock renders is entirely new to his overall body of work: a surprisingly bucolic—if not quietly eerie—scene depicts the ancient practice of counting sheep. In experiencing both the metropolitan and rural sensibilities of the country, he highlights a disturbing social division reminiscent of the times leading up to WWII. The works, therefore, are the reification of the political duality he observed over the course of the exhibition’s creation.

Although the concepts behind Somnambulist take root in the 1920s, Bock works within the context of a much more digitized, globally-connected world while hearkening from ancient mythology to stories of the supernatural. The breadth of this work spans humanity, invoking an emotionally and psychologically profound consideration of sleep.

Says the artist: “I’m here to report, not to provide anyone with a false, idealized version of the world. In terms of what I’m trying to communicate: I hope that it’s hopeful. I hope that there is hope.”

Somnambulist will be on view through November 23rd. Gallery hours are Tuesday through Saturday, 11-7pm. 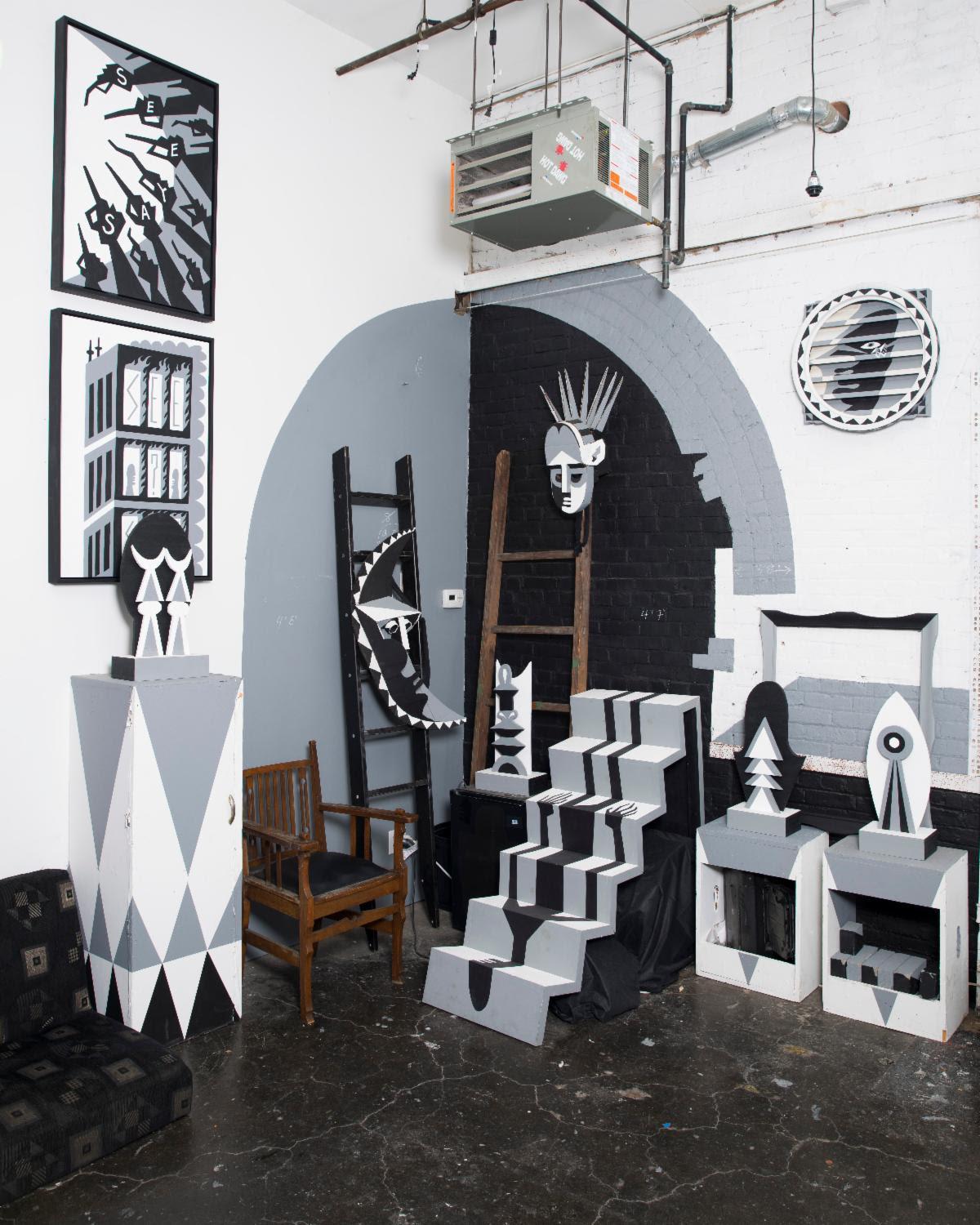 ABOUT RYAN BOCK
In the world of Ryan Bock’s creation, the laws of physics do not dictate how shadows slope or light refracts. They are abandoned in favor of truncation and impossible perspective. Representations seeming, at first glance, to belong to this world are made strange by Bock’s fixation on shapes both organic and mechanical. His disoriented, often grayscale landscapes of art belong to the realm of human subconscious, and are as vast and lonely as they are prophetic and fevered.

Ranging in a variety of unique mediums—painting, sculpture, puppetry, film, jewelry, masks— Bock confronts the modern individual’s relationship to mortality, fear and superstition. He often depicts correlations between the human figure and its innovations: technology, architecture, and religion, both historically and fictitiously. He, for example, tethers ancient and modern technology, thus introducing shapes of antiquity to machine-made ones of contemporary society.

By consistently contrasting historical issues with those of contemporary times, and using the recurring patterns found to generate predictions about our future—a process he refers to as dusty futurism—Bock propels his audience to question the routine human experience and disclose the illusions set in place to keep them from questioning.

Although the weight of his work is heavy, giving form to unexposed dark matter, it relays a relentless dedication to Bock’s exploration of how the private human mind can approach the overwhelming expanse of dictatorial structures. It reminds you that, even standing before the most impenetrable and complex problems of our time, you are autonomous.

In this body of work, the unveiling of truth is not hopeless, but decisive. Bock suggests that the spreading of critical thought into the catacombs of our world can produce light from the inside out.

ABOUT KI SMITH GALLERY
Ki Smith Gallery operates beyond the realm of standard industry practice. The young artists represented are a small, carefully-selected group, all of whom have distinct methods of expression and thought.

The artists are engaged in constant creation of new artistic forms: they do not simply paint or sculpt or photograph. They find unexplored ways to communicate their ideas: recycled papermaking, pouring polyurethane, using shadow to reveal color, making the functional object nonfunctional, or mining the world’s river of unwanted garments. Its moments of inspiration mark the beginning of the Ki Smith Gallery's work. It immerses itself in each exhibition from conception to execution, using the gallery space to fully manifest the artist’s visual language. The Gallery aims to move away from recent practices that foundationalize the viewer in screen-only interactions with art, stressing the importance of experiencing art with all of the senses reality provides. 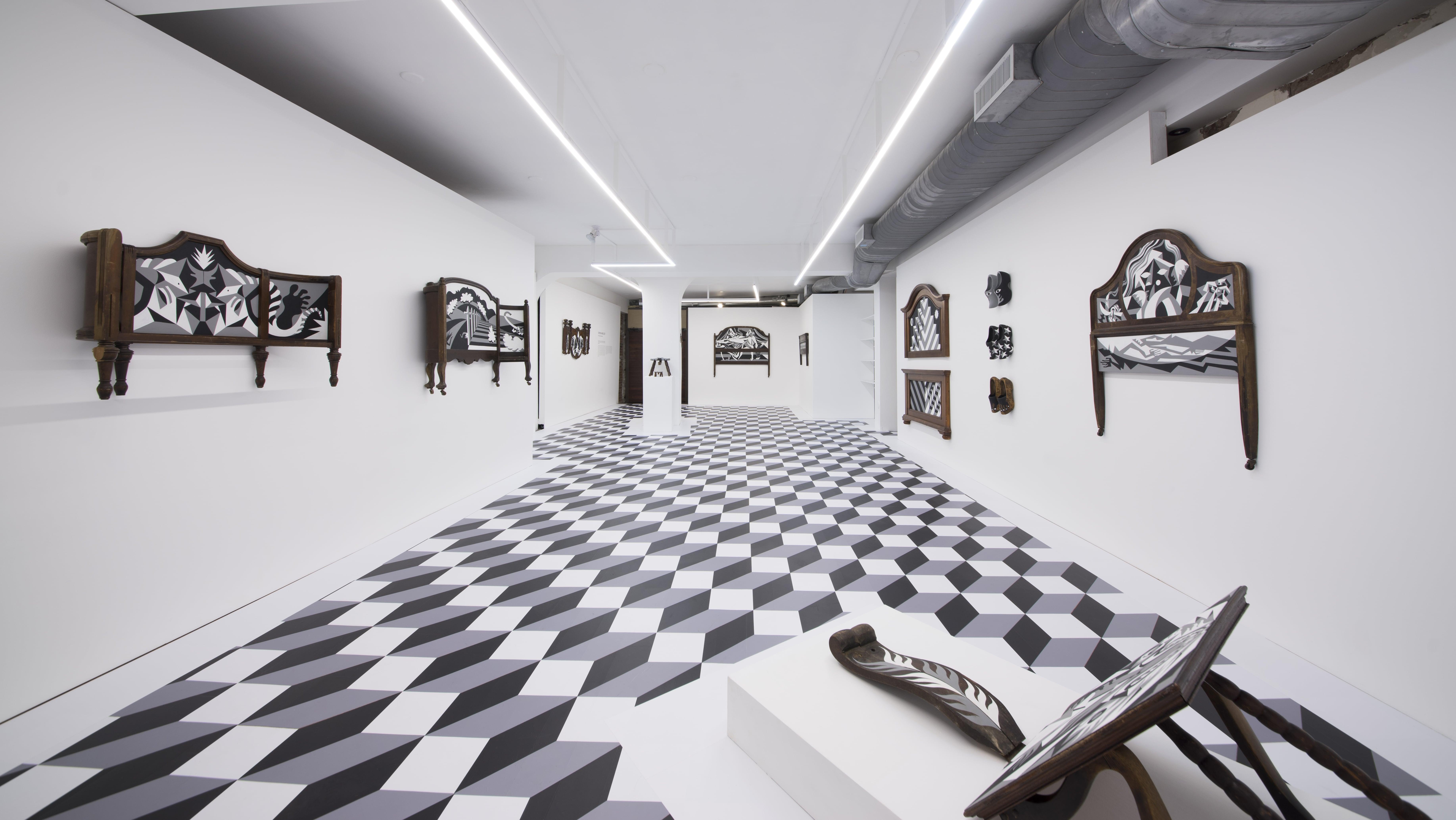 Its unique range of publications—each an art object of its own—are dedicated to the documentation and preservation of each artist’s stories. By drawing from a specialized group of young scholars, it brings its brick and mortar into contact with longer traditions of art history as well as the outside world.

Ki Smith Gallery prioritizes the organic growth of their artists without market-driven manipulation by working closely with collectors to help them create collections with object-centered histories. It not only understands the intentions of the artist, but also considers personal and emotional connections to the work.

Ki Smith Gallery takes the larger trends and conversations of other galleries and auction houses into consideration, but its group of peers— artists, patrons, friends, and scholars—are compelled by an unquantifiably deep love of and respect for art. The Gallery seeks to find new, imaginative means of communicating and sharing it.

Special thanks to David and Pernilla Avital for their ongoing support of Ki Smith Gallery's West 125th Street location.