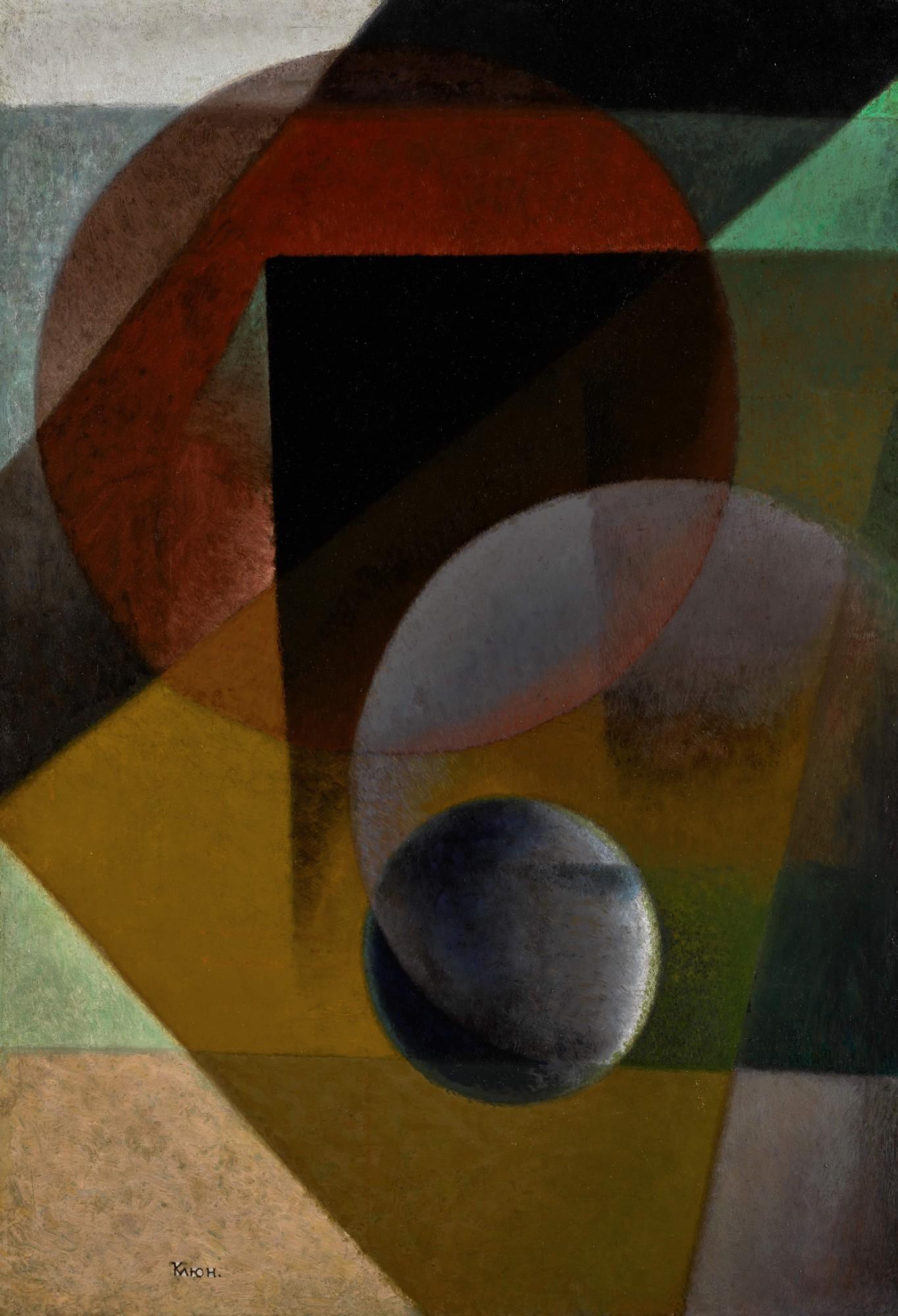 An extremely rare work by Russian avant-garde master Ivan Kliun (1873-1943), one of very few works by the artist in private hands, is set to lead Sotheby’s forthcoming sale of Russian Paintings (London, 26 November). The most important work by Kliun to ever appear at auction, Spherical Suprematism (1923-25)(est. £2,500,000- 3,500,000) is of exceptional provenance, having once belonged to the fabled collector of the Russian avant-garde, George Costakis. 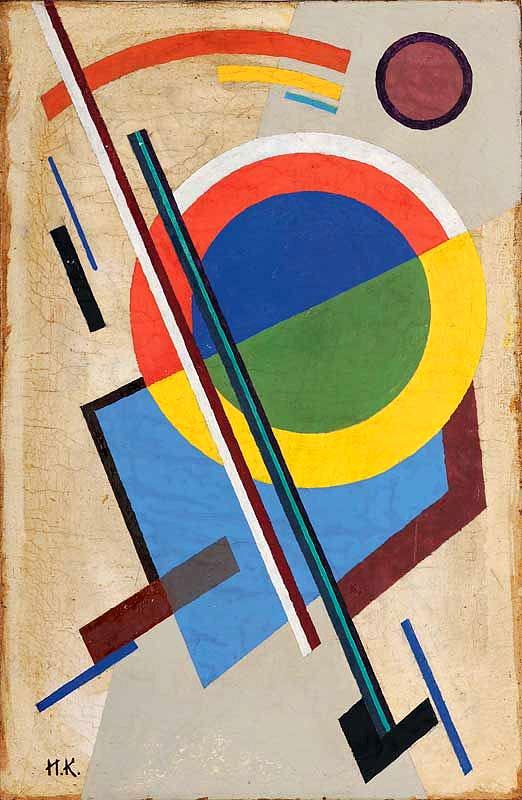 Kliun was a leading light of the Russian avant-garde, friend of Malevich and pioneer of non-objective art. It was Ivan Kliun who actively helped the provincial Kazimir Malevich (1879-1935), freshly arrived from Kursk, in his early days in Moscow. Being both older and more experienced than Malevich, at the start of their relationship it was Kliun who was the leader. The situation changed a few years later and Kliun became one of the earliest followers and practitioners of Suprematism–geometric abstractionism,–the movement created by his young friend in 1915. Rivals, equals, combatants, close friends, Kliun and Malevich maintained a weekly correspondence for decades up until Malevich’s death.

In the early 1920s the artist struck out on his own original path in non-objective painting, a path unexplored by Malevich’s Suprematism. Kliun embarked upon the theoretical and practical exploration of light in abstract art. By the late 1920s however abstraction had fallen out of favour with the Soviet authorities and by 1932 had all but been outlawed with the imposition of Socialist Realism as state policy. Unlike many other artists at the time, Kliun did not turn to figurative art but pursued his experiments in abstraction and purism out of public view. Much of his work was lost during the Second World War when he was evacuated from Moscow and forced to leave the contents of his studio in the careless custodianship of a lodger who used his paintings as firewood.

It was largely through Costakis’s efforts that Kliun and many other artists of this seismic period in art history were not consigned to obscurity. Costakis, who although born in the Soviet Union remained a Greek national, began to collect works by the all-but-forgotten artists of the avant-garde in the 1950s. He tracked them down in dusty corners of commission shops and from the surviving artists and their descendants Kliun was one of the artists he admired most, he considered him to be one of the greatest experimenters of his generation and in the 1960s he managed to acquire a large number of his works from the artist’s daughter Serafima. 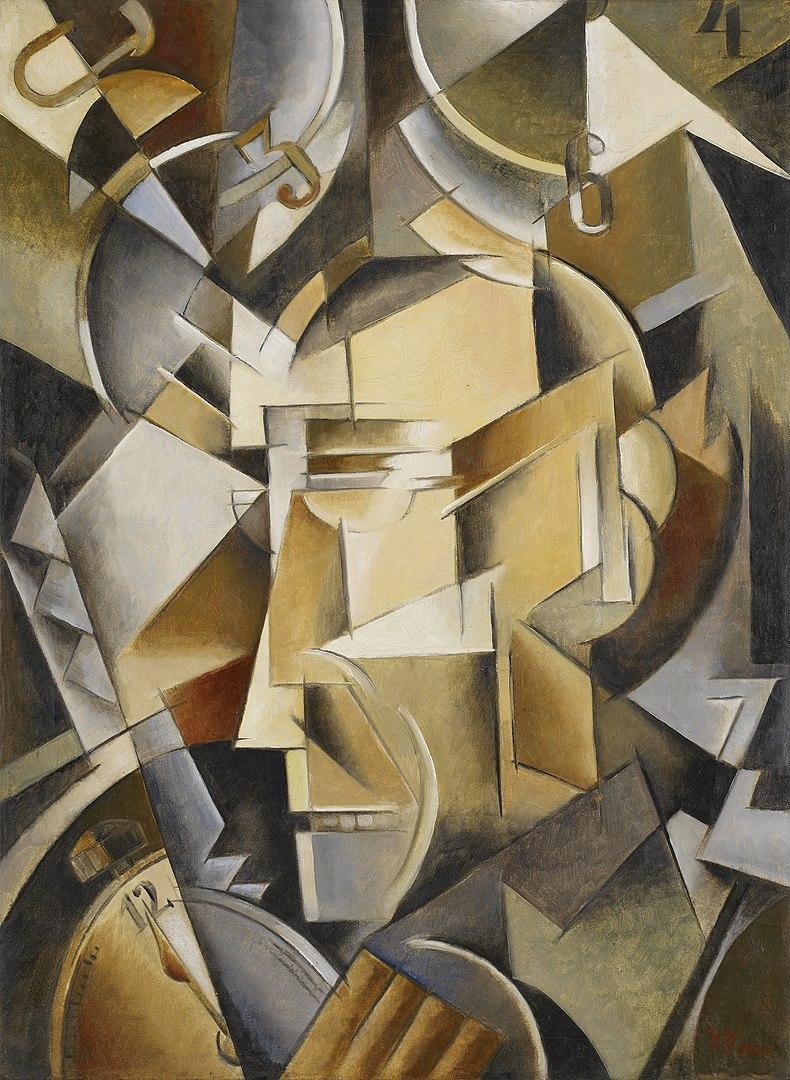 A number of works, including this painting are visible on the wall of the collector’s Moscow apartment in a photograph taken in 1973. Shortly afterwards Costakis was granted permission to leave the USSR in return for the donation of the bulk of his collection to the State Tretyakov Gallery. Spherical Suprematism is one of the few works he took with him when he emigrated not to have ended up in the collection of the State Museum of Contemporary Art in Thessaloniki, and bears the USSR export stamp on the reverse.

In 1983, the work appeared on the open market for the first-time, when it was offered for sale at Sotheby’s in London, achieving £220,000 at auction.

Reto Barmettler, Sotheby’s Head of Russian Paintings,said, “Until the rediscovery of many of his works by George Costakis in the 1960s, Kliun’s contribution to the history of the Russian avant-garde has too long been overlooked in favour of his friend, and one-time pupil, Kazimir Malevich. Whereas today art from the Russian avant-garde is considered the “holy grail” by many collectors, for decades abstraction was pushed underground in the Soviet Union. Spherical Suprematism, a rare survivor, exemplifies the very best of Kliun’s pioneering practice, and of art being produced in Russia during this radical and hugely influential period.“