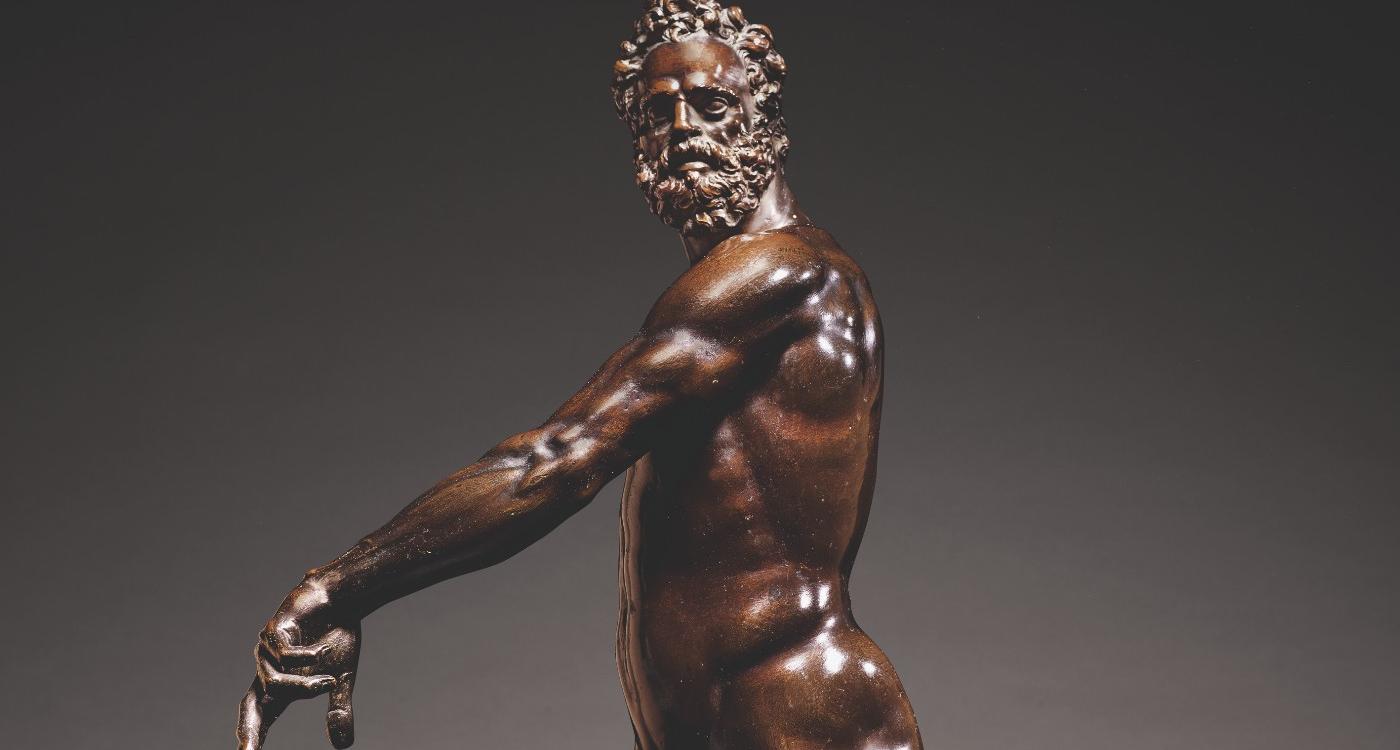 This July, Sotheby’s will offer an outstanding bronze by the foremost sculptor of 16th -century Florence, Giambologna (1529-1608). The Dresden Mars was created as a personal gift for the Elector Christian I of Saxony (1560-1591). It is one of very few bronzes firmly documented during his lifetime, and one of a handful of works by Giambologna ever likely to come to market. 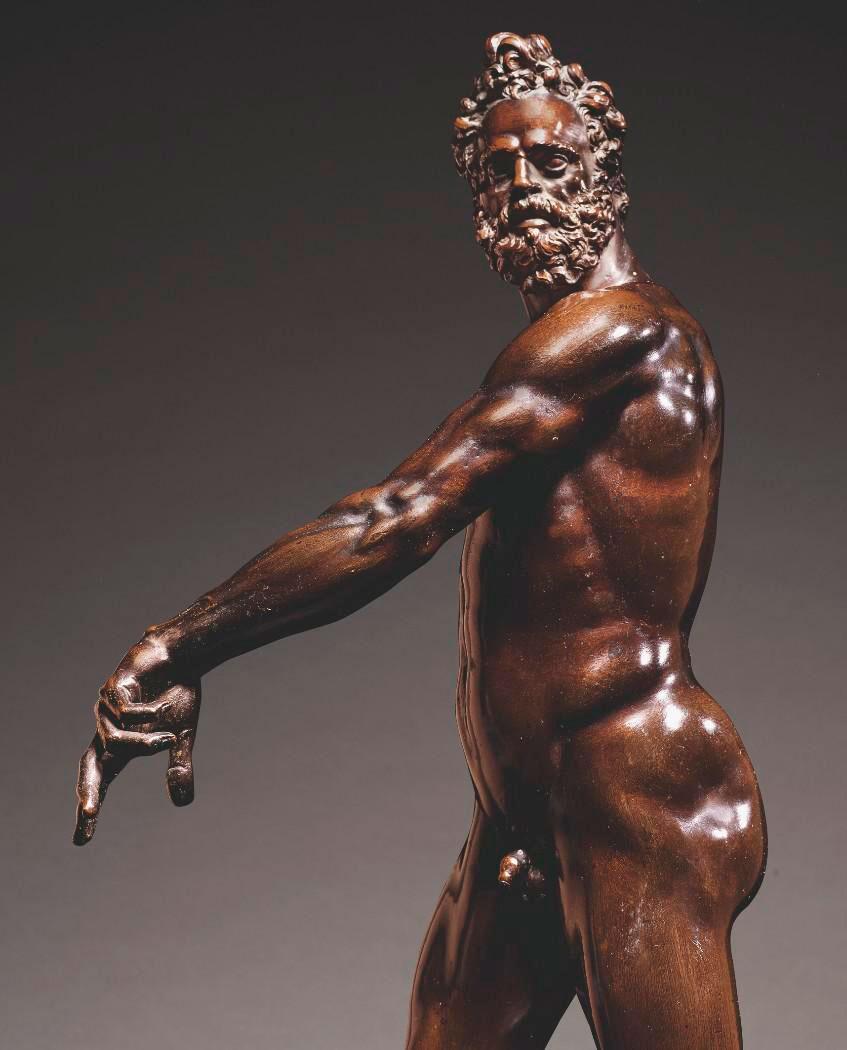 The earliest documented cast of Mars, this sculpture has long been regarded as the primary point of reference for Giambologna’s famous subject. Mars will be offered in Sotheby’s Treasures sale on July 4 with an estimate of £3-5 million.

Alexander Kader, Sotheby’s Co-Worldwide Head of European Sculpture & Works of Art, said: ‘Cast by the hand of a Renaissance genius, Giambologna’s Mars embodies the mastery and innovation for which he is acclaimed. Given the personal nature of the gift and the patron’s royal status, Giambologna was clearly not ready to settle for anything less than his absolute best – a creation fit for a prince’.

Sculptor to the Medici, Giambologna stands alongside the greatest sculptors in Western art history, shoulder to shoulder with Donatello, Michelangelo, Bernini and Canova.

Thomas Helfrich, Head of Culture, Sport & Education, Bayer AG, says: “The Bayer AG collection includes strong representations of Modern Art, German Expressionism, the École de Paris, Post-War Art and art from the late 20th century. The Giambologna is a standalone piece in the collection, distinct in period and style from the other works. In order to ensure its future conservation and the visibility it deserves, we have decided to deaccession the work.

Proceeds from the sale will be reinvested in young, contemporary art, consistent with our aims to develop the collection – something that will occasionally prompt sales as well as acquisitions.”

THE MASTER OF MANNERISM
Giambologna’s Mars is the sculptor’s most powerful male nude statuette. A tour de force of Mannerist bronze sculpture, Giambologna was concerned with the figural composition of an archetypal heroic male; the mythological god of war appears unencumbered by specific iconography, the characteristic helmet, spear and shield rejected, with only a sword hilt hinting to the divine subject’s identity.

The focus instead falls upon the sculptor’s masterful rendering of shifting muscle, the sinuous curving of the body mid-stride, and the refined eyes set beneath an intense and darkening brow. This is the consummate pose of confidence and command: at once defiant and yet exposed, powerful and yet elegant. An exercise in male beauty and strength, Mars demonstrates just why Giambologna is credited with bringing mannerism to sculpture.

A PRINCELY GIFT
In fashioning the supreme pose of confidence and command, it is fitting that Giambologna chose to gift the work to the Elector of Saxony, one of the most important and powerful figures in Europe at the time. Given the importance of its recipient, Giambologna was clearly intent on producing a work of the highest possible order. Its arrival in Saxony is documented in the 1587 inventory of the Dresden Kunstkammer, which states, ‘Brass cast portrait of Mars, sent by Giovanni Bologna to His Grace the Elector’.

While princely gifts were common during the Renaissance as a means of diplomacy, this is the only surviving Giambologna bronze known to have been produced for a royal sovereign. The extraordinary quality of the bronze was not lost on the Elector of Saxony, who immediately commissioned an extravagant necklace from leading goldsmith Urban Schneeweiss for the princely sum of 164 Reichsthaler. Giambologna was similarly taken with the generous token of appreciation, which he is believed to have worn for the celebrated portrait by Hendrik Goltzius currently in the Teylers Museum in Haarlem.

GIAMBOLOGNA (1529-1608)
The Flemish-born Jean de Boulogne, who came to be known as Giambologna, is widely considered the most important sculptor in Italy after the death of Michelangelo, and before the rise of Bernini. Giambologna arrived in Florence in around 1552, where he worked until his death. By 1560, he had been commissioned by the Medici Grand Dukes of Tuscany, for whom he became court sculptor.

He was a central figure in both the foundation of the Italian Renaissance bronze casting technique and the development of Mannerism in sculpture, which, with its tortuous forms, differs markedly from the serene classicism of the early and high Renaissance. His revolutionary new style was soon embraced by sculptors throughout Europe.