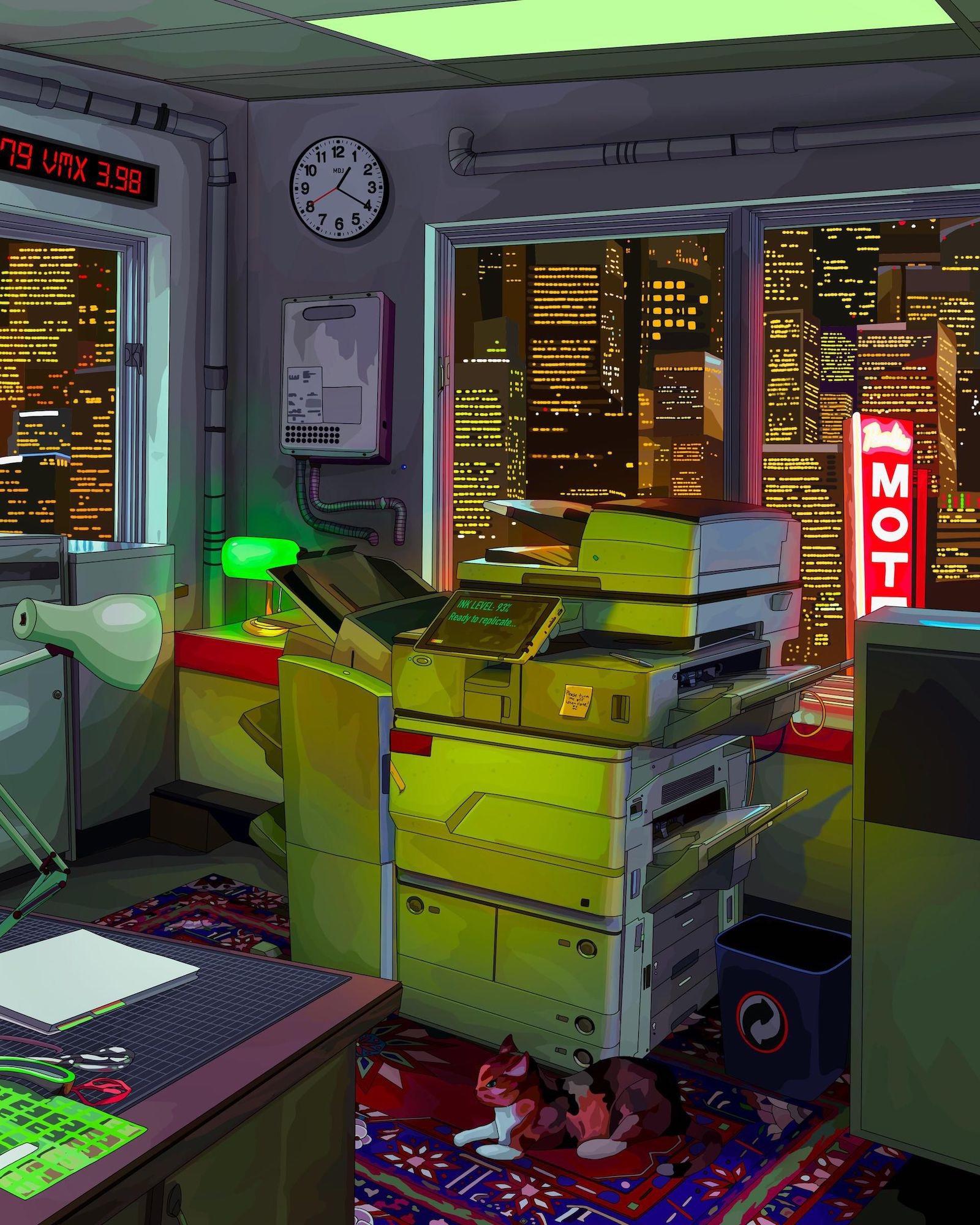 Still image from Generation 1 of REPLICATOR.

NEW YORK – Phillips is pleased to announce the sale of REPLICATOR by Mad Dog Jones, the first NFT to be offered by the auction house in company history. With an opening bid of $100, the work was created with the ability to generate new unique NFTs from itself every twenty-eight days. REPLICATOR will be offered in an online-only auction, open for bidding to collectors around the globe from April 12 to 23. Edward Dolman, Phillips’ Chief Executive Officer, said, “Phillips is pleased to begin our NFT journey with such a hugely celebrated digital artist who has both shaped and transcended the crypto community. REPLICATOR is a first-of-its-kind work to appear at auction, redefining the expectations of a work of art as it draws a compelling relationship between medium and form. We look forward to bringing this exciting project to new audiences at Phillips and seeing its unique iterations and the future of this market unfold.”

According to artist Michah Dowbak, aka Mad Dog Jones, “REPLICATOR is the story of a machine through time. It is a reflection on forms of past groundbreaking innovation and serves as a metaphor for modern technology’s continuum. I’m interested to see how collectors will respond as the work evolves and the NFTs in their possession continue to create new generations.”

Best known for his cyberpunk, dystopian imagery that explores themes of beauty, nature, and technology, Michah Dowbak a.k.a. Mad Dog Jones has risen to fame in the world of crypto art with the recent success of his Crash + Burn series of NFT artworks. Now a headliner in the first major NFT art exhibition at UCCA Center for Contemporary Art in Beijing, Mad Dog Jones continues to explore the possibilities of the medium with this new digital work.

Rebekah Bowling, Phillips’ Senior Specialist of 20th Century & Contemporary Art, said, “We are absolutely honored to have been entrusted with the sale of this multi-generational NFT. A gamechanger in the field, it uniquely links form, subject, and function as it is completely dependent on the capabilities of an NFT to exist and perform the role it’s been given.”

REPLICATOR is an NFT experience comprising seven unique generations of artworks. Generation one, to be sold at auction, begins as a singular Genesis illustration of a photocopy machine in an office space. This first-generation NFT will produce six NFTs at the rate of one per month, with each generation being unique from those before and after it. Each subsequent generation will produce one less artwork in its lifetime until it reaches Generation seven, which will produce no new NFTs. Note, after any artwork is sold the new owner will possess all subsequent replicants or jams from said NFT.

Much like a photocopier, REPLICATOR can also jam. When a “Jam Artwork” is produced, it is unique to its generation but will no longer replicate. The jam rate is between fifty to eighty percent for generations two through six, which also serves to curb exponential growth. Each generation may have up to three unique Jam pieces. Due to statistical variance, it is impossible to predict the exact number. After one million simulations the average is approximately 220 with a ninety-nine percent chance that the total artworks generated will be between 75 and 300, with an average time of one year from start to finish.

Insofar as the machine that proliferates copies produces various glitches in due course, REPLICATOR mimics not only its original image but also the utility of the machine it visually depicts through its programmed smart contract. From its genesis to its generations, REPLICATOR embodies the sensibility of our contemporary world today—anything can proliferate, but nothing is certain.

Bidding for REPLICATOR on phillips.com will take place in USD, but Phillips will accept USD or Ethereum as a form of payment.

To coincide with the launch, Jin Yu aka WOLFxLION, Farokh Sarmad, Paolo Moreno, and Ronen V will be hosting a series of discussions on Clubhouse with Mad Dog Jones, beginning on Friday, April 2, at 12 pm EDT.

Michah Dowbak aka Mad Dog Jones is a multidisciplinary artist from Thunder Bay, Ontario, where he still resides. His works deftly interweave cyberpunk elements with the beauty and freedom of nature. As a lover of the wilderness, which was ever-present where he grew up, he brings a fresh thematic to the metropolitan aesthetic, done up in citrus and neon tones of technology somehow rendered as a space naturally human. Over the last two years, he has created artworks for Run The Jewels, Deadmau5, Jabbawockeez, Conor McGregor, Maroon 5, and other artists. Mad Dog Jones He has also designed watches and phone accessories for Diesel. Dowbak’s work was the subject of an IRL exhibit titled AFTERL-IFE WORLD in Tokyo from September - November 2019. In the past four months, his innovative and wildly successful NFT drops on the Nifty Gateway platform have established him as a leader in the world of crypto art.