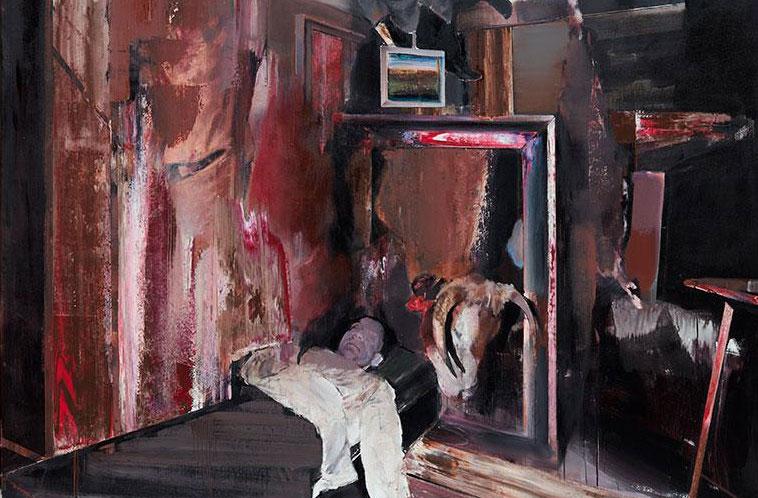 New York - Phillips will present Life is hard… Let’s go shopping, a selection of works from the collection of Masamichi Katayama. Founder of the renowned Japanese interior design firm Wonderwall, Katayama has amassed one of the most significant collections of contemporary art and design in Asia, featuring works by Adrian Ghenie, On Kawara, KAWS, Mark Grotjahn, Jean Prouvé, and Charlotte Periand, among others. Nearly all of the works in the selection being offered at Phillips were included in a dedicated exhibition hosted earlier this year at Tokyo Opera City Art Gallery. 76 works from the collection will be offered in a dedicated auction on 19 September, preceding the New York New Now sale. Adrian Ghenie’s The Collector 4 will then be included in London’s Evening Sale of 20th Century & Contemporary Art on 6 October. In all, the collection is expected to realize in excess of $3.4 million.

Rebekah Bowling, Specialist, Head of Phillips’ New Now Sales, New York, said, “We are thrilled to have the opportunity to work with Masamichi Katayama, whose unique aesthetic vision is perfectly captured in the selection of works that we have the privilege of offering this fall. This exceptional private collection embodies the very unconstrained creativity, curiosity and eclectic approach that has made Wonderwall one of the world’s leading interior design firms.”

Born in 1966 in Okayama, Japan, Masamichi Katayama has become a force in interior design and architecture. In 2000, he founded Wonderwall, the international interior design firm renowned for its innovative, unconstrained approach and ability to conceptualize distinctive, experiential environments. In 2011, he was appointed Professor at Musashino Art University’s Department of Scenography, Space and Fashion Design. Katayama began collecting works of art for nearly a quarter of a century and has since acquired an impressive selection of contemporary art, design, editions, and photographs. Of his collection, Katayama has said, “I’ve never wanted to limit my collection to a particular genre or field. These artworks steer clear of conventions and shatter my preconceptions, and furthermore, they showed me that there are more possibilities.”

Adrian Ghenie’s The Collector 4 is the star lot of the collection and will be offered in London’s Evening Sale of 20th Century & Contemporary Art on 6 October. One of the most prominent painters practicing in contemporary art today, Adrian Ghenie’s visually arresting canvases, drenched and dashed in floods of rich color, have become an icon of modern painting. The Collector 4, executed in 2009, belongs to a series of paintings in which the artist explores the role of the obsessive collector, focusing particularly on the Luftwaffe commander-in-chief, Hermann Goering. Channeling themes of greed, desire and malevolence, in the present work the collector lies in his bed, his face bloated and frozen in anguish like a ghoulish death mask. Surrounded by paintings, one of which hangs almost from the hand or jacket of a levitating German soldier overhead, a small ceiling light illuminates the edges of canvases and the corners of the dingy room. The Collector 4 is a powerful example of the artist’s mastery of his chosen medium, drawing upon historical and artistic currents from the 20th century canon to produce stirring and psychologically complex images.

Conceptual art has long fascinated Katayama, with him noting that his favorite conceptual artists, “have taught me to question, to believe, and they have furnished a magnificent humor that makes a difference to my life.” Leading the auction on 19 September is On Kawara’s July 14, 2000 from the critically acclaimed body of work collectively known as the Today Series. Begun on January 4, 1966, this series functions as a form of personal diary and travelogue for the artist as well as a reflection of the rapidly globalizing world. Each canvas is breathtakingly simple in its composition, the abbreviated date of the painting’s execution is written in the language of the country in which it was conceived. The present work was painted on Friday, July 14, 2000 in New York City.

KAWS’ large-sale Untitled (BB2) is also among the September highlights. The artist’s signature style involves the reworking of many familiar icons often with X covered-eyes, such as Mickey Mouse, SpongeBob Square Pants and the Michelin Man, who is closely cropped yet still recognizable in the present work. The sinister motif of the X adopted by KAWS allows each of his cartoon characters to undergo a sardonic mutation, clearly evident here. Deftly operating at the intersection of street art and commercialism with a decidedly Pop sensibility, KAWS’ body of work has become titanic in its own right. Painted in 2000, Untitled (BB2) is part of Katayama’s extensive collection of fine art by KAWS, which includes sculptures, editions and numerous other paintings.

Mark Grotjahn’s Untitled (Black and Creamsicle 700) is a stellar example of Grotjahn’s iconic Butterfly compositions, which focus on the rigors of form and color and draw on traditional perspectival techniques refined since the Renaissance era. The creamy delicacy of the colored pencil endows the work with an exquisite diversity in texture and tone, while the force of the geometric bands as they converge on a central vanishing point produces a hypnotic experience, pushing the boundaries of the viewer’s perception.

Leading the works of design in the September auction is Jean Prouvé’s "Standard Desk." A designer for the masses, Prouvé believed in design as a vehicle for improvement and collectors are drawn to his utilitarian, austere works that strip materials down to the bare minimum without compromising on proportion or style. Jean Prouvé designed the "Standard Desk" to accommodate standard-format drawers and hanging files, the configuration of which could be interchanged on either side of the folded sheet steel base.

The works to be offered this fall underscore Masamichi Katayama’s unique aesthetic vision and his reputation as one of Japan’s most lauded interior designers of the 21st century.