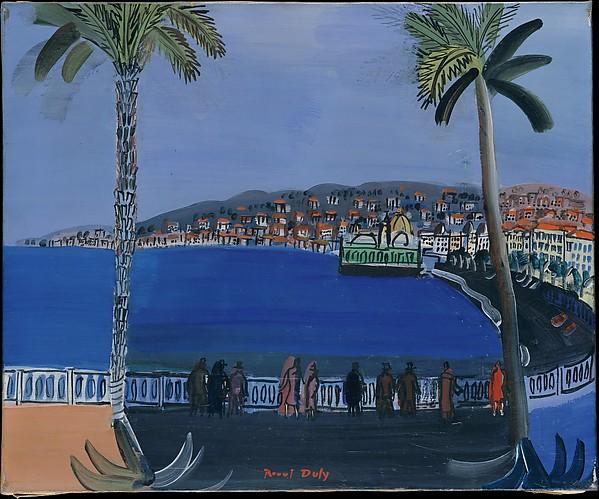 To be Showcased in Paris, London, Hong Kong and New York

PARIS – Phillips presents an important collection of works by Raoul Dufy, to be debuted in Paris before highlights are exhibited in London, Hong Kong and finally New York in November where the majority of works will be offered in the 20th Century & Contemporary Art Day Sale. Transforming Phillips’ Paris gallery on Rue du Bac, this exhibition will open to the public on 13 September 2018 for one week. Presenting 10 masterworks from throughout the career of French Fauvist painter Raoul Dufy, the exhibition will include eight paintings and two works on paper. These significant artworks all come from an important private French collection in which they have remained unseen for the past 25 years.

Nathalie Zaquin-Boulakia, International Specialist, said, “We are honoured to have been entrusted with this impressive selection of works by Raoul Dufy, which we look forward to exhibiting in Paris, London, Hong Kong and New York. Dufy’s work has been sought after by major American and European collectors during his lifetime and posthumously. Following Phillips’ extraordinary results achieved for Modern works in March 2018, Phillips has established itself as a leading platform for selling modern works alongside cutting-edge contemporary art, and we look forward to presenting Dufy’s work as a leading highlight of the upcoming season.”

Raoul Dufy
Born in 1877 in Le Havre, Raoul Dufy produced a large body of work through the art of painting, drawing, printmaking, and textile design, as well as creating woodcuts and ceramics. A leading member of the Fauvist group of artists, Dufy was heavily influenced by Paul Cézanne after encountering his work in 1907. He continued to follow the Cubist movement until 1915 when his artistic language truly developed and matured.

Dufy is known for his colourful series of works depicting leisure activities and landscapes. He revisited certain themes during his lifetime, including those from the French Riviera, opera, seaside, sailing regattas, horse racing and musical events. As Gertrude Stein once admirably said, “Raoul Dufy is pleasure itself.” The joy and lightness conveyed throughout Dufy’s work is not only due to the subject matter but the artist’s distinct style and exceptional use of colour. Dufy was often considered a follower of the two French 18th century artists Watteau and Fragonard. In 1952, Dufy went on to win the International Grand Prix for painting with his commission for the 26th Venice Biennale.

In 1937, Dufy was commissioned to paint La Fée Electricité for the Musée d'Art Moderne de la Ville de Paris. This was arguably his most important public work, and Phillips is proud to offer a large preparatory drawing which pre-empted this masterpiece.