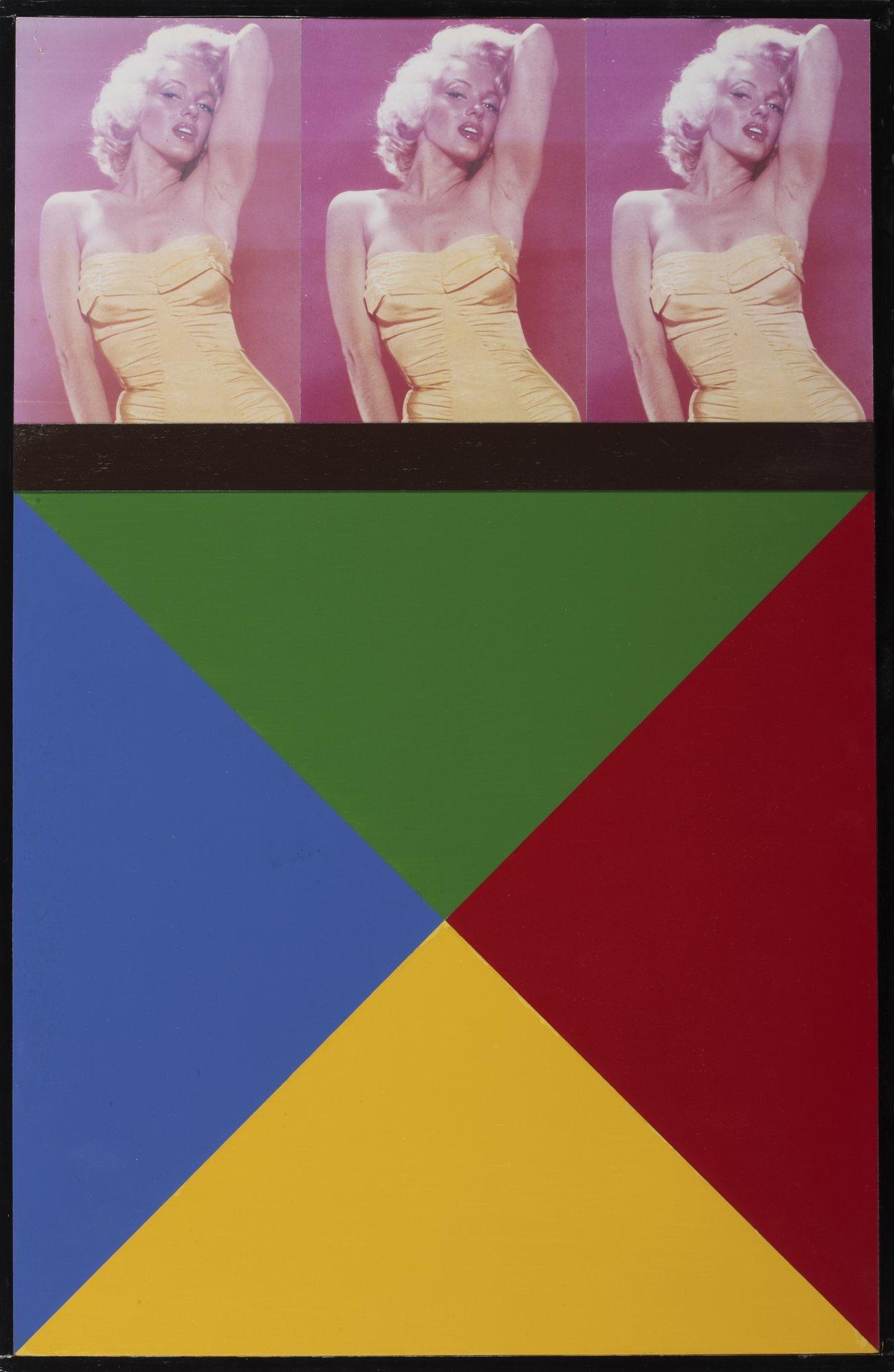 Waddington Custot is pleased to present Peter Blake: Time Traveller, an exhibition dedicated to the groundbreaking exploration of collage by iconic British artist Peter Blake. This comprehensive survey show, which includes a number of important museum loans, investigates the fundamentals of Blake’s practice in collage over a career spanning seven decades, bringing together historic works and never-before-seen pieces. A new monograph, Peter Blake: Collage, which includes a foreword by Blake’s art school friend David Hockney, will be published by Thames & Hudson to coincide with the exhibition.

Peter Blake: Time Traveller charts the development of Blake’s approach to collage-making, beginning with his layering of subject matter in early painted compositions and experiments with collaged paper after encountering work by Kurt Schwitters in the 1950s. From here, the exhibition travels via Blake’s rise to prominence as the ‘Godfather of British Pop art’ to his current, self-proclaimed Late Period. From his found object constructions to his most recent digital print photo-collages, Blake has broadened the scope of what collage can comprise and what it can communicate. Peter Blake: Time Traveller includes works from Blake’s Alphabet and Museum of Black and White series, as well as pieces made in homage to fellow artists Sonia Delaunay, Kurt Schwitters and Robert Rauschenberg. Clowns, wrestlers and Icons are shown alongside work around souvenirs and holiday postcards.

The artist’s largest canvas work to date, Late Period: Battle, is seen on view for the first time. The piece, measuring 183.4 x 293.5 cm, was started by Blake in 1964 only to be abandoned and left unfinished until the artist turned to collage to complete the work in 2018.

The works in this exhibition assemble visual imagery, in two and three dimensions, figurative and nonfigurative, in ways which span distant time periods and locations, and bend logic; collage often allows Blake to construct a new reality, one which he can step into and bring those of his choosing along for the ride. In his collage Mystery Tour £2. 10s. 0d (2005), Blake depicts Marcel Duchamp in a traveling bus alongside a collection of singers and entertainers including Ian Dury, the Spice Girls, and the cast of The Wizard of Oz; a fantasy world tour of the series, Blake explained, ‘I suppose I’m sending poor old Marcel [Duchamp] off for life, for eternity, on this world tour which is perhaps my world tour. You know, perhaps it’s my fantasy and he’s my alter ego being sent off to meet Elvis and the Spice Girls’.

In the recent collage series Joseph Cornell’s Holiday, which extends to nearly 100 original works in total, Blake takes American Surrealist artist Joseph Cornell, a Europhile who famously seldom left New York City and never left the United States, to a variety of iconic and exotic locations. In one collage, we might see Cornell stroking a dog in Piazza San Marco, Venice, next he’s meeting with American actress Lauren Bacall in Vienna, then aboard a rowing boat in Denmark, or admiring the view in Capri, Italy. It is through Blake’s collages that both he and Cornell achieve the grand European tour so coveted by the latter. In the artist’s own words, ‘I make [Cornell’s] dreams possible in art.’

Brought up and evacuated during the war era, Peter Blake’s early years, like many of his peers, were void of the freedoms and frivolities typically associated with childhood. As Patrick Elliot writes in Peter Blake: Collage, it is no accident that the things the artist missed out on, ‘comics, books, toys, games, sweets, trips, play, fun, friendship and love – in short, a childhood… became the main subjects of his work.’ Litter (1955), on loan to the exhibition from Museums Sheffield, depicts a collection of scattered debris on a grass green stretch: cigarette cards, sweet wrappers and a Captain Marvel comic are dotted around the artist’s boots. This work was painted during Blake’s time as a student at the Royal College of Art, where his reputation as a founder and key proponent of the Pop art movement was established. Blake has explained that during the 50s and 60s he was ‘approaching painting with a totally different attitude’, recalling, ‘[these early works] are like painted collages and it was almost as if I was trying to make collages but without the knowledge. When I eventually found collage it was a revelation.’

These early fascinations with popular heroes and celebrities continue through to Blake’s later work in collage, and his shrine-like assemblages, which celebrate such figures, place them within the artist and viewer’s reality. These works bring to mind the collections of souvenirs and memorabilia made by adoring fans, of which Blake is one. The repetition in collages such as Marilyn Monroe, Blue & Red (1990) and M, M (1997) foreshadows today’s prolific consumption of celebrity imagery.

This fixation with celebrity and stardom is addressed by Blake in his works that directly reference American pop culture. In U.S.A. 4 (2013), found items from the artist’s Americana collection are assembled, bringing together typography, advertisements, cartoons, and an image of James Dean. The work and others in the series show Blake’s ability to combine and form seemingly unrelated, distinct items into one cohesive artwork. This distinct pictorial language is both familiar and decipherable, yet intriguing and otherworldly.

Sir Peter Blake (b. 1932, Dartford, Kent) is a British painter, sculptor, draughtsman and printmaker. He is known as one of the leading figures of British Pop art. Peter Blake studied at Gravesend School of Art before being accepted into the Royal College of Art, London, where he studied alongside other key British Pop artists, David Hockney, R.B. Kitaj, Joe Tilson, Allen Jones, Peter Phillips and Derek Boshier. After completing his National Service with the R.A.F., Blake received the Leverhulme Research Award to study popular art and travelled through Europe from 1956–7. Blake’s first one-man exhibition was held in 1962 at the Portal Gallery, London; solo shows followed at the Robert Fraser Gallery, London (1965) and at Leslie Waddington Prints, London (1969). His first retrospective exhibition was held as early as 1969 at the City Art Gallery, Bristol. Subsequent retrospectives were held in 1973 at the Stedelijk Museum, Amsterdam, touring to Hamburg and Brussels and the Tate Gallery in 1983. In 1994 he was made the third Associate Artist of the National Gallery, London. Peter Blake was elected a member of the Royal Academy in 1981, and was knighted in 2002. In 2007 the Tate Liverpool held a major retrospective of Blake’s work which toured to the Museo de Bellas Artes, Bilbao, Spain in 2008. Peter Blake lives and works in London. He is represented worldwide by Waddington Custot, and by Garth Greenan Gallery in New York.