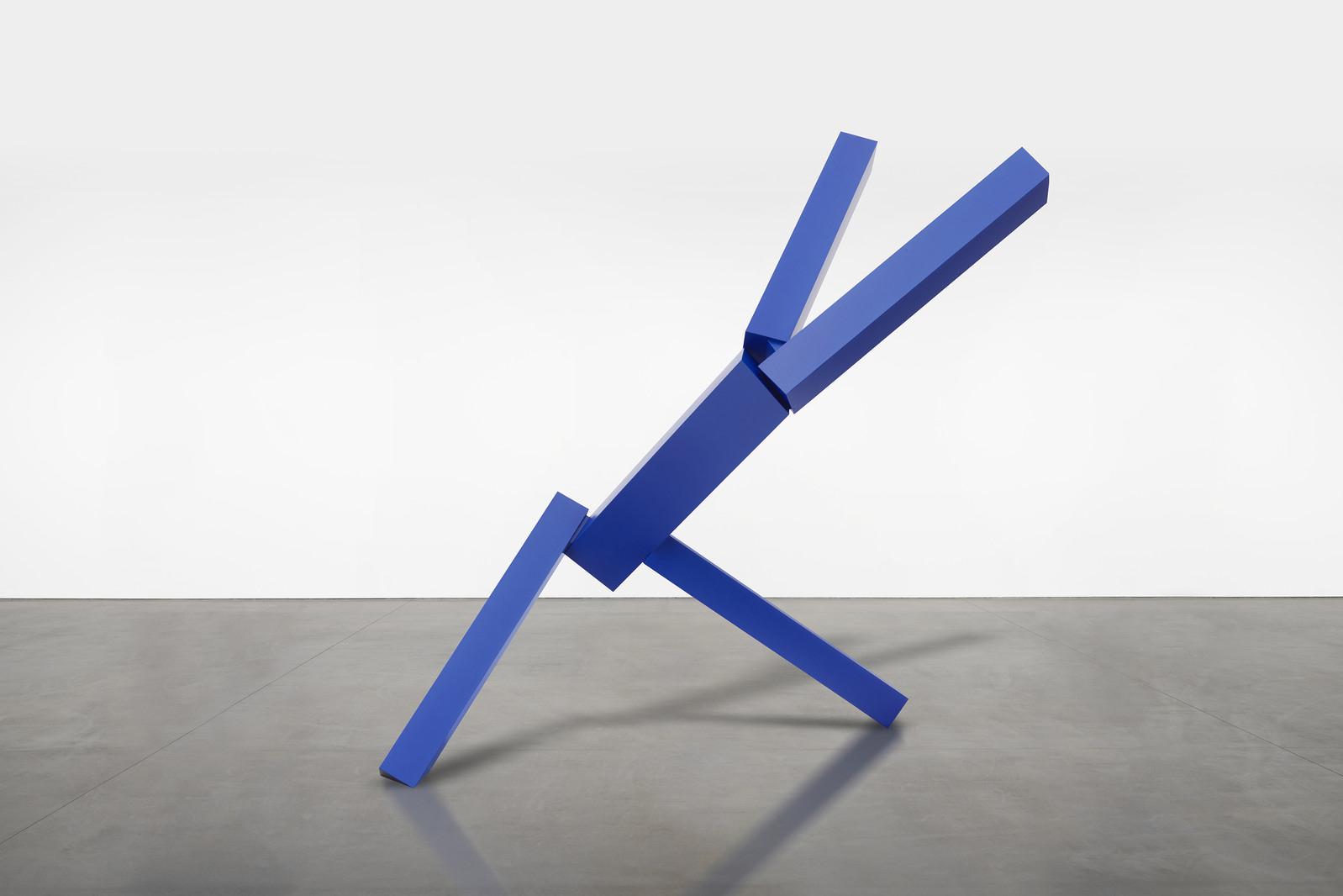 Pace is pleased to present an exhibition of Joel Shapiro’s sculptures at the gallery’s recently expanded space in Seoul. Spanning two floors of the gallery, the presentation spotlights a selection of the artist’s bronze works alongside smaller-scale, vibrantly colored sculptures made of wood.

The exhibition, which features nine new works and a selection of sculptures dating back to the mid-1990s, showcases the American sculptor’s longstanding investigations of color, form, and movement. With its inclusion of two freestanding wood figures, a selection of wall-attaching sculptures, and both large and small cast bronzes, the show traces the artist’s investigations of different materials and processes. The presentation examines not only Shapiro's interest in exploring—and occasionally erasing—the line between abstraction and figuration, but also his preoccupation with engaging and energizing space and architecture.

On the gallery’s second floor, an installation of smaller-scale sculptures foregrounds Shapiro’s use of color to animate and energize his works. “Emotional color is what interests me,” Shapiro said in a 2001 interview coinciding with a solo exhibition of his drawings and sculptures at PaceWildenstein in New York. Utilizing bright, mostly primary colors in the sculptures exhibited in this installation, Shapiro imbues his works with a sense of buoyancy and elation. Wooden sculptures painted in varying blue, red, and yellow tones, as well as bronze works in varying finishes—mounted on plinths and the gallery’s walls in different orientations—create an elegant, seemingly choreographed sense of motion throughout the gallery space.

The third floor features three freestanding bronze sculptures displayed together as well as a blue painted bronze work from 2019 situated on the adjacent outdoor terrace. Upon entering the gallery, one is greeted by a dazzling bronze work from 2006–07 whose shimmering surface further dynamizes the work's churning, rectilinear forms. This work's densely compacted energy finds its complement and efflorescence in the taller, more ambulatory bronzes nearby. A 1995 cast bronze sculpture is the oldest and largest sculpture in the exhibition. Its pose, which might suggest a figure with outstretched arms, presages smaller-scale bronze works dating to this year on view in the second floor installation. Echoes of form and gesture can also be traced between the 1995 work and the sculpture from 2007–08, whose elongated limbs and flailing form seem to embody, as poet Peter Cole writes in his 2014 Pace catalogue essay on Shapiro, "that feeling of precarious poise, the sensation that one is, at the same time stumbling and being uplifted."

As evinced by the blue painted sculpture installed on the gallery’s terrace, as well as the unpainted sculptures on the third and second floors, Shapiro’s bronze works often retain the qualities and characteristics of the wood patterns and forms from which they were cast, making the artist’s process visible and ever-present in the work. In a catalogue essay accompanying Shapiro’s 2018–19 solo exhibition at the Madison Museum of Contemporary Art, Wisconsin—organized by the institution’s erstwhile director Stephen Fleischman—curator Peter Boswell writes that “the evidence of wood grain and saw cuts in Shapiro’s rectangular elements evokes heavy timbers, impressing upon us a sense of their weight and making their suspension aloft seem all the more unlikely. The woodiness of Shapiro’s bronze elements is also important for its reference to his working process, and it contributes to his sculptures’ sense of immediacy.”

In an interview with the art historian Thierry Dufrêne in 2005, when he presented the exhibition Correspondances: Joel Shapiro/Jean-Baptiste Carpeaux at the Musée d’Orsay, Paris, Shapiro shared of his sculptures: “I like injecting life into the inanimate: using stone or wood to express life.” The works on view in his latest exhibition collectively highlight Shapiro’s enduring exploration of the dynamic possibilities of sculpture, rendered through distinct yet interconnected formal compositions. This interplay has been central to the artist’s practice over the course of his storied career.

“Shapiro’s sculptures generate emotion-inducing images like those we encounter through novels, a parallel form of figuration,” the art historian Richard Shiff wrote on the occasion of Shapiro’s 2007–08 solo exhibition with PaceWildenstein in New York. “Fictions or figured things expand people’s consciousness, the range of their feelings, and their awareness of their feelings.”