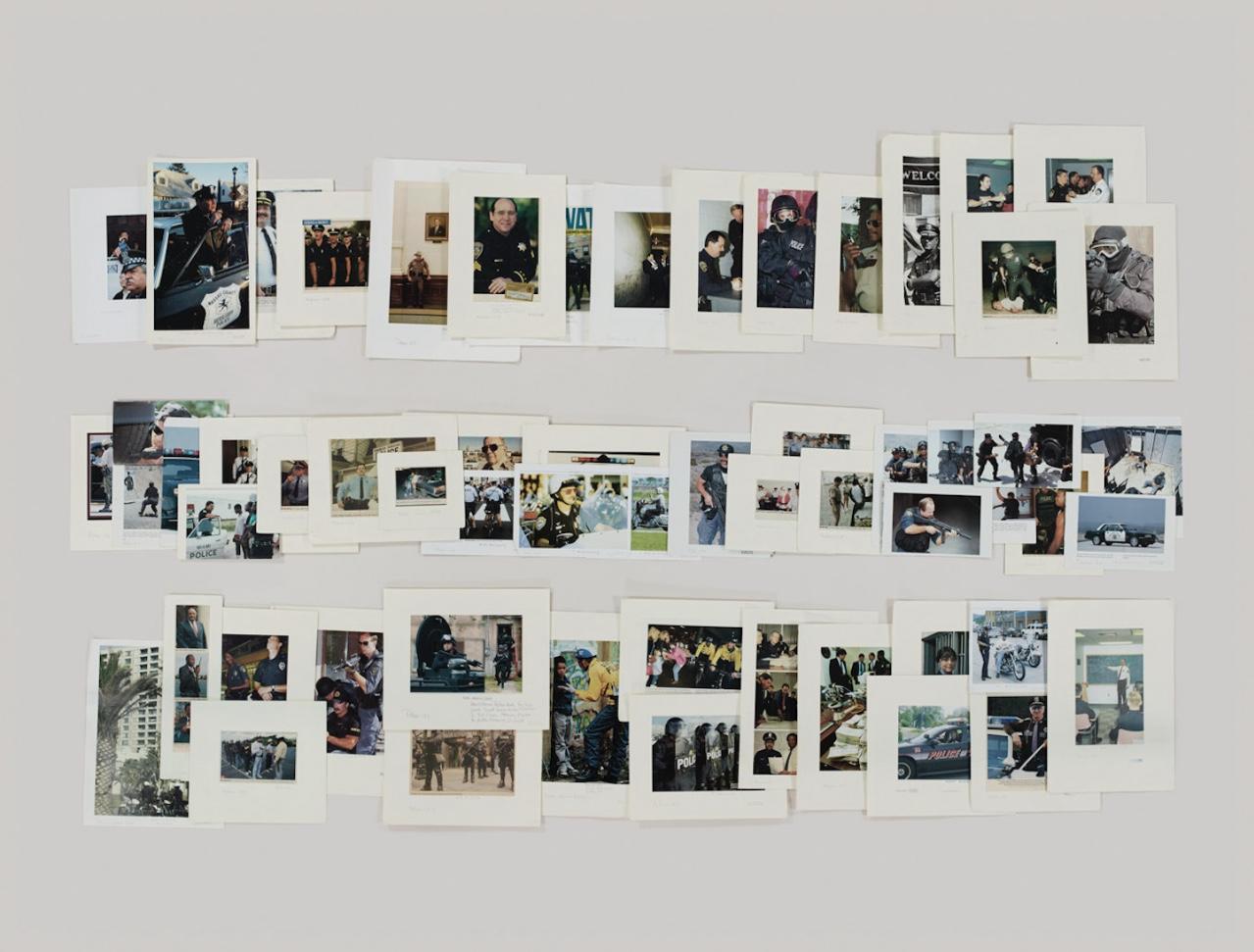 A project nine years in the making, The Color of a Flea’s Eye foregrounds the Picture Collection at The New York Public Library which, since its founding in 1915, has allowed patrons to sift through its storied contents in search of visual references of every conceivable kind.

Half a century before the advent of internet search engines, the Picture Collection’s democratic classification systems were designed to respond to individual users, whose daily requests and interventions created an algorithmic system by which raw materials were digested and transmitted back into American culture, thereby reshaping it. Used by journalists, historians, filmmakers, designers, advertisers, and even the U.S. military, the Picture Collection has been an especially vital resource for artists. Diego Rivera consulted it for his controversial Rockefeller Center mural, Man at the Crossroads (1932–33); Joseph Cornell for his boxed assemblages in the 1940s; and throughout the 1950s and 60s, Andy Warhol sourced a trove of images, many never returned, that were foundational for his illustrations and paintings.

In 1929 Romana Javitz was named superintendent of the Collection, and became the driving force in shaping its ethos, identity, and policies to order to anticipate the needs of its rapidly growing usership. Among her many pioneering efforts was a campaign to diversify the Collection’s offerings by accumulating a wide-ranging record of the country's overlooked subjects—including folk art and portrayals of African American life—decades before it became an institutional practice. Under Javitz’s stewardship, photographers such as Berenice Abbott, Lewis Hine, Walker Evans, Helen Levitt, and Dorothea Lange began to contribute their own pictures to the Collection, resulting in a dense and oft-consulted archive of photographs that once included over 40,000 Farm Security Administration prints, at first surreptitiously donated by Roy Stryker out of fear that Congress might suppress them.

Intrigued by the Picture Collection since childhood, the artist Taryn Simon embarked in 2012 on an overarching study of the Collection itself. Starting with subject folders from the Collection’s open stacks—Handshaking, Police, Oxygen, Broken Objects, Abandoned Buildings & Towns, and Financial Panics, among others—she arranged and documented their physical contents in large-format photographs, overlapping loosely associated images into tableaux that suggest abstract color fields, neural networks, or tiled search results. For Simon, the act of photography also suspended the Collection in its flux, making explicit the unexpected meaning often derived from its accidental juxtapositions. Simon’s photographs reveal the Collection to be an inadvertent recorder of changing mores, and discloses latent fault lines of power, race, and gender. At the same time, the works point to the invisible hands behind seemingly neutral systems of image-gathering, locating an unlikely futurity in the past.

An homage to Romana Javitz as well as the Collection she helmed until 1968, The Color of a Flea’s Eye—titled after a patron request from 1930—examines the forces that compel us to revise what images we value. This special installation in the Salomon Room (Room 316) and the Picture Collection (Room 100) the Library’s flagship Stephen A. Schwarzman Building is part of a two-part exhibition of Simon’s project, which will open at Gagosian, 976 Madison Avenue, from July to September 2021. At Gagosian, Simon’s photographs will be accompanied by a display of archival letters and objects that demonstrate the Collection’s little-known role in the history of twentieth-century image-making. Together, these complementary presentations remember a forgotten period of public hunger for visual material, provoking questions about the fates of—and our relationships with—the images we consume.