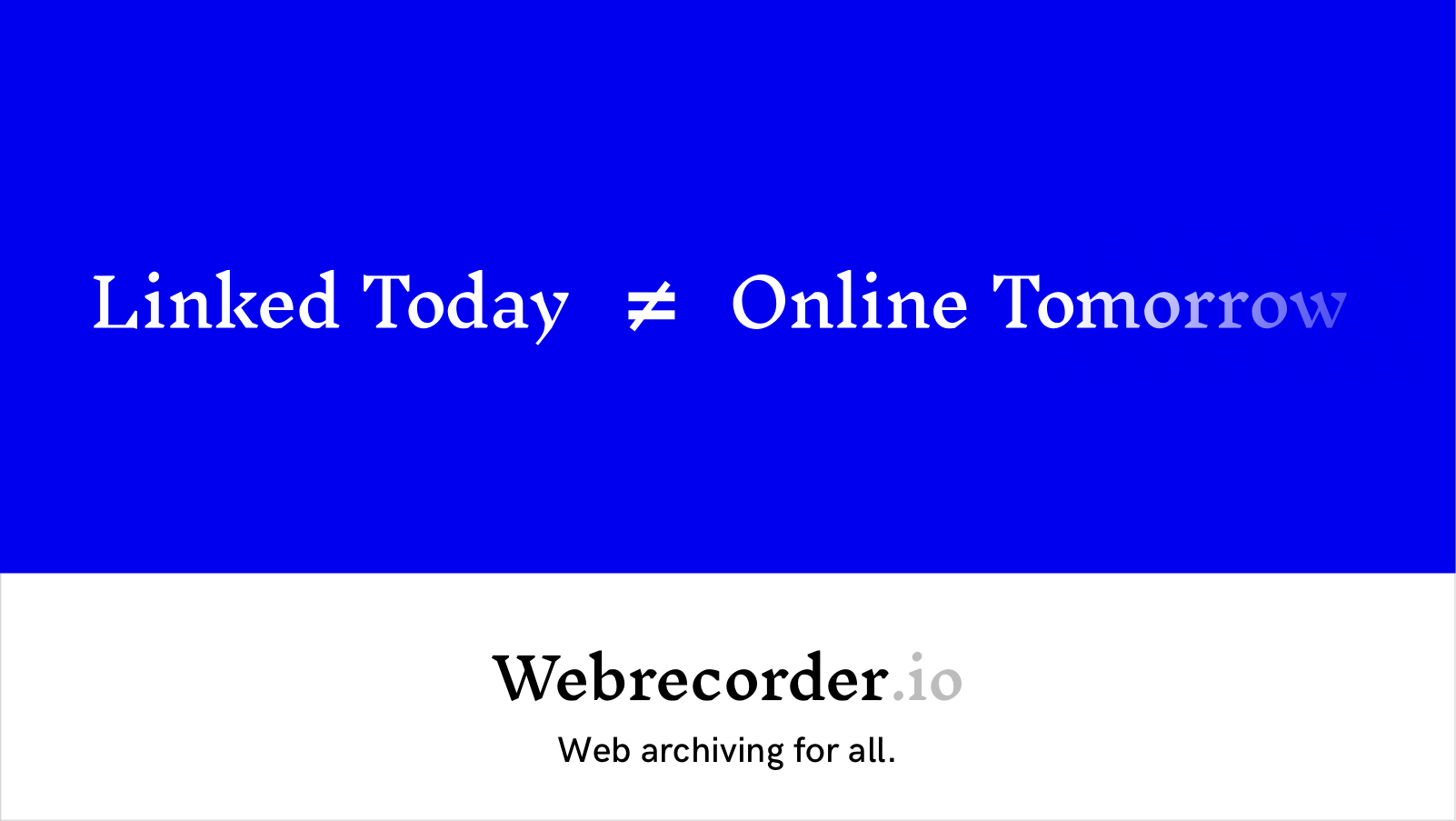 Webrecorder is an innovative platform to create and share fully interactive, highfidelity archival copies of websites past and present.

Rhizome Awarded $1,000,000 by the Andrew W. Mellon Foundation for Next Phase of Development of Webrecorder Platform

Largest gift in Rhizome’s history will broaden versatility and impact of this innovative tool set, promising web archiving for all

New York, NY… Rhizome, the pioneering organization for born-digital art and culture and longtime affiliate of the New Museum in New York City, is pleased to announce that the Andrew W. Mellon Foundation has awarded the organization a two-year, $1,000,000 grant to underwrite significant enhancements to Webrecorder, its innovative platform to create and share fully interactive, highfidelity archival copies of websites past and present. This funding will support Webrecorder’s implementation in institutional contexts, while upgrading capture and usability for all users. Webrecorder remains the only free-to-use, open-source web archiving platform of its kind, hosted online at https://webrecorder.io/.

This gift, the largest in Rhizome’s history, follows a $600,000 grant in 2015 from the Mellon Foundation that launched the Webrecorder initiative. The platform represents a unique usercentered approach to web archiving, and comprises a robust set of tools to allow a non-expert user to create, manage, and share interactive archives of almost any website, including those with embedded media, complex JavaScript, and other dynamic elements.

Software development is core to Rhizome’s multi-tiered support of born-digital art and culture. “With the development of rhizome.org in 1996 and the ArtBase in 1999, software creation has been a core strategy of Rhizome’s since its founding. Two years into its existence, Webrecorder is buoyed by initial success and primed for broader utility and impact. We are grateful to the Mellon Foundation for its major support of our vision for decentralized, high-fidelity, user-friendly web archiving,” said Zachary Kaplan, Rhizome’s Executive Director.

Software creation at Rhizome is led by Preservation Director Dragan Espenschied and Software Director Ilya Kreymer. The program focuses on free open-source software and services for the preservation and presentation of born-digital artifacts, for cultural institutions and individual users alike. As Webrecorder enters this new phase, Anna Perricci, archivist and educator, will join the project as Associate Director, Strategic Partnerships.

Rhizome uses Webrecorder to preserve and present born-digital art, including the works in Net Art Anthology, its major online exhibition retelling the history of net art. Other active users include institutions such as the New Museum, the Frick Art Reference Library, Posters Network at the Victoria and Albert Museum in London, the Indianapolis Museum of Art and Newfields, the Stanford University Press, the City University of New York, and the National Film Board of Canada; the activist groups NetFreedom Pioneers and Documenting the Now; and the artist studios of Cory Arcangel and Constant Dullaart.

Since its public release in August 2016, the Webrecorder tool set has expanded to include advanced features for expert users, such as “extraction,” which draws together elements from a mix of open web archives and the live web to reassemble otherwise lost webpages; integrated emulated “remote browsers” capable of performing deprecated artifacts, like Flash and Java Applets; and the downloadable Webrecorder Player, which allows users to access their archives offline on Mac, Windows, or Linux. Rhizome’s software program also provides pywb, the lowlevel web archive engine powering Webrecorder and the popular http://oldweb.today/ service to browse multiple web archives through emulated legacy web browsers. The organization also leads research on highly scalable emulation infrastructure for legacy digital art on the public web, based on the Emulation as a Service framework.

Webrecorder’s advancement is complemented by ongoing research into the cultural impact of web archiving and preservation practices, research referred to at Rhizome as “Digital Social Memory.” With support from the Institute of Museum and Library Services and Knight Foundation, Rhizome will host the Ethics & Archiving the Web conference (EAW) at the New Museum in March 2018. EAW is being planned in collaboration with the Documenting the Now project at the University of California at Riverside Library and the Maryland Institute for Technology in the Humanities. The conference is organized by Rhizome Artistic Director Michael Connor, with Aria Dean, Assistant Curator of Net Art and Digital Culture.