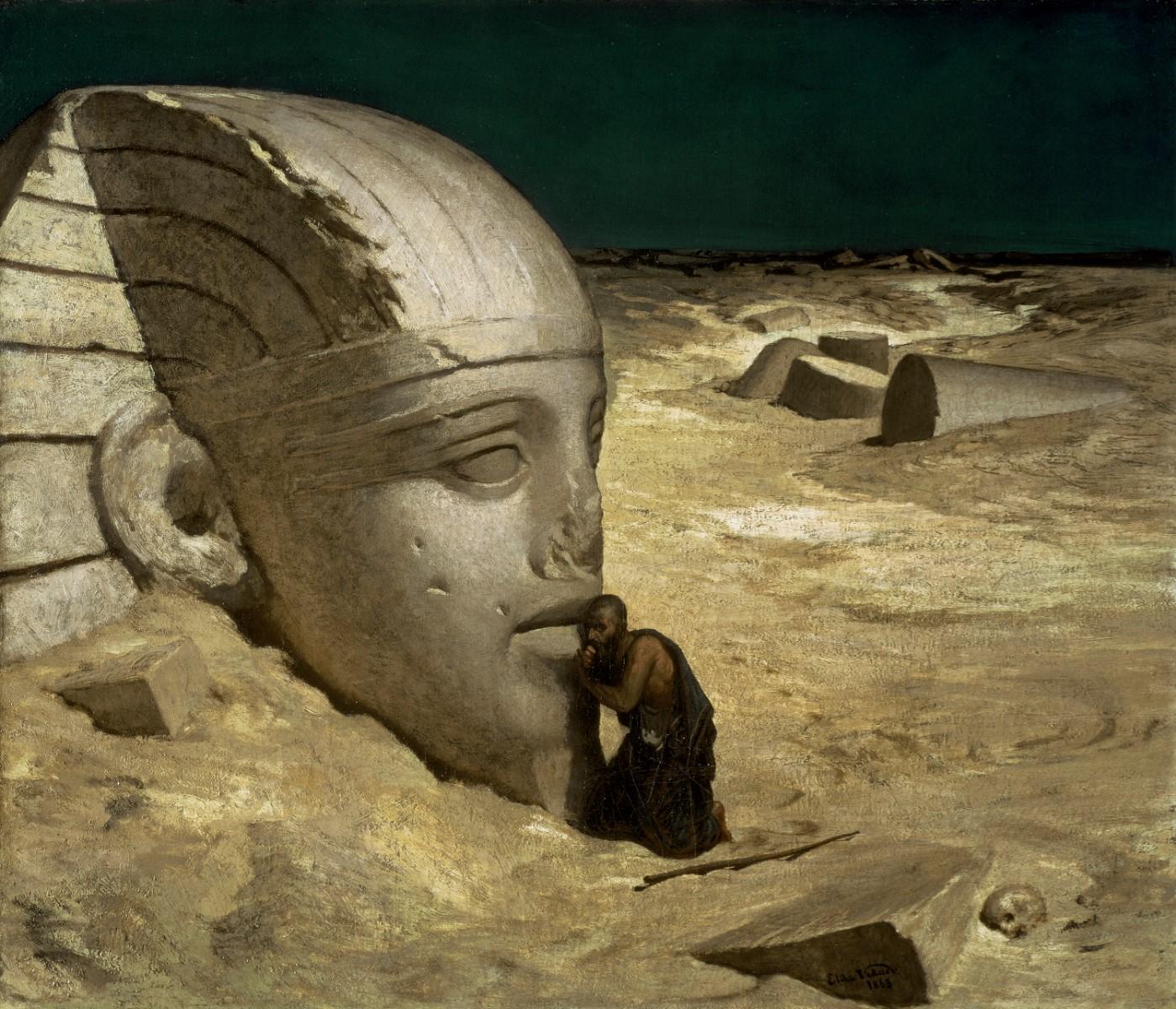 UTICA, NY… Journey into the dark realm of vision, nightmare, and dream with Mysterious, Marvelous, Malevolent: The Art of Elihu Vedder, April 5 through December 29 in the Museum of Art, Munson-Williams-Proctor Arts Institute.

Since its first public appearance in 1863, Vedder’s The Questioner of the Sphinx has been a mystery. It is part of a group of bizarre and visionary paintings, drawings, and book illustrations that Vedder (1836–1923) began to create in New York City at the outset of the American Civil War. Prior to this, he had spent three years abroad while studying in Paris and Florence. There, he produced mostly bucolic studies of the Italian countryside. When he returned to New York City in 1861, he made an abrupt and radical departure into portraying the mysterious and the dangerous.

Discover Vedder’s journey into the realm of vision, nightmare, and dream. Explore how Vedder may have used ancient myths and legends of the monstrous, the terrible, and the fantastic to negotiate the horror, destruction, and alienation engendered by the national crisis of the American Civil War.

This exhibition is supported in part by Art-Bridges  - Terra, a six-year pilot initiative that enables the Munson-Williams-Proctor Arts Institute to curate three exhibitions based on loans of masterpieces from the Museum of Fine Arts, Boston. Each exhibition will be larger than its predecessor with final exhibition containing 30 works of art from the MFA collection.