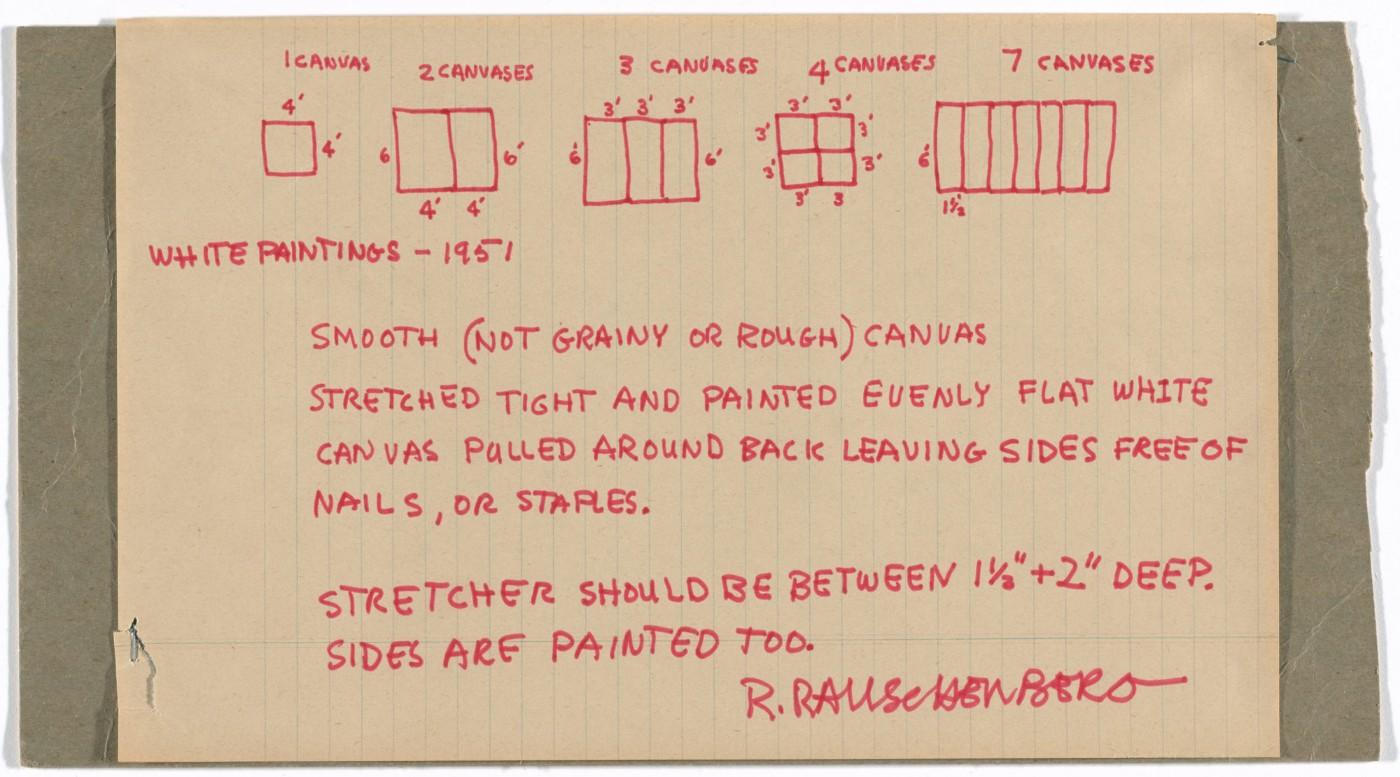 MoMA RECEIVES MAJOR GIFT OF 800 WORKS FROM THE GILBERT B. AND LILA SILVERMAN INSTRUCTION DRAWING COLLECTION, A MONUMENTAL ADDITION TO THE MUSEUM’S COLLECTION 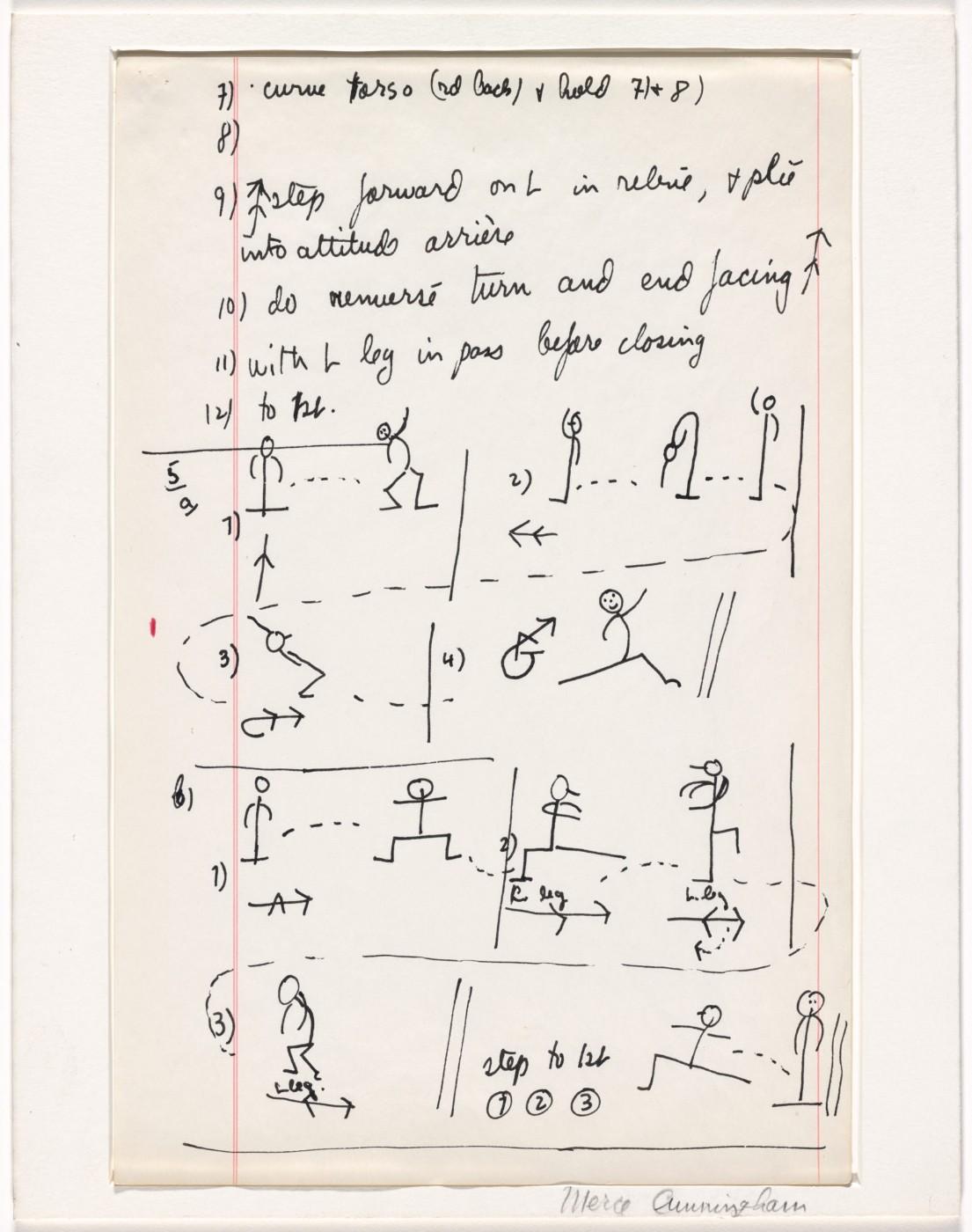 Merce Cunningham. Aeon. 1961/63. Ink and colored pencil on three sheets of notebook paper, mounted and matted, and typewriting on paper. Gift of the Gilbert B. and Lila Silverman Instruction Drawing Collection Gift, Detroit.

NEW YORK, January 29, 2019—The Museum of Modern Art has received a major gift of 800 works, the Gilbert B. and Lila Silverman Instruction Drawing Collection, adding significant examples of the conceptual underpinnings of more than 300 artists’ practice to the Museum’s collection. This is the third major gift from the Silvermans to MoMA; they donated the Avalanche Magazine Archives in 2005 and The Gilbert B. and Lila Silverman Fluxus Collection in 2009. This singular group of instruction drawings is a monumental addition to the Museum’s collection for scholars and audiences alike, highlighting works that, as the Silvermans explained, “bridge the gap between the flash of an idea and the completed artwork,” providing insight into artistic production and the creative process.

“This collection raises fascinating questions for audiences and scholars alike, regarding issues such as the primacy of idea over process in art making, the legacy of ultimately unrealized or inherently ephemeral artworks, and the role of drawing today as paper becomes an increasingly uncommon repository for artists’ thoughts,” said Christophe Cherix, the Robert Lehman Chief Curator of Drawings and Prints. “This singular group of works offers a unique journey into the minds of some of our greatest artists.”

Encompassing the entirety of the 20th century, the Silverman Instruction Drawing Collection includes works by 113 artists who are represented at MoMA for the first time, such as Bill Bollinger, Sandra Binion, Georg Ettl, and graffiti artists RAMMELZEE and KASE2. The drawings in the collection include John Cage’s original score for Sounds of Venice (1959/68), written for his now legendary television appearance in 1959; Yoko Ono’s 22 Instructions for Paintings (1962), which are crucial works in the history of Conceptual art; Eva Hesse’s Addendum (1967), a text-based work in which she elaborates on her engagement with seriality; Michael Asher’s Street “College”/ Street “Bonita” (1970), a planning drawing for Asher’s seminal 1970 installation at Pomona College, in Claremont, CA; and Robert Rauschenberg’s only extant instructions for creating his celebrated 1951 White Paintings (1965). The majority of the drawings date from the 1960s through the 1980s, which were critical decades for the dematerialization of art. Key figures represented from this time period include Eleanor Antin, Hanne Darboven, Mike Kelley, Robert Morris, Lawrence Weiner, and many others. 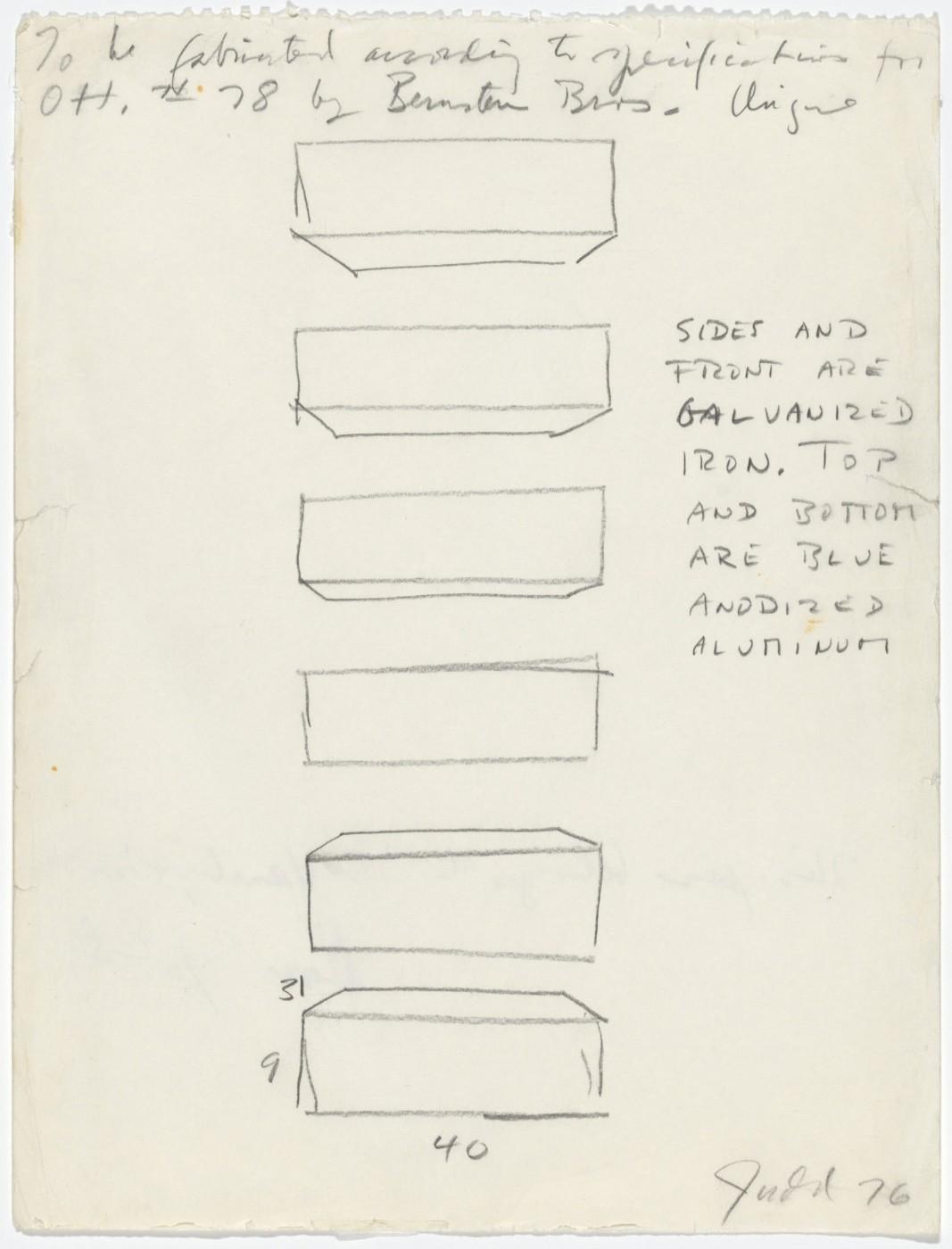 The Silvermans began collecting these drawings in the 1970s, after an encounter with a work by Sol LeWitt in Tokyo, and Gilbert Silverman came to define them as “being done for the initial process of a work to be made, actually or in the mind, rather than drawings made for the sake of being drawings.” This broad categorization allowed the collection to accommodate earlier works by Henry Moore and Piet Mondrian, as well as 21st-century examples by Mark Dion and Olafur Eliasson. In some cases, the instruction drawing may be the only extant record of an ephemeral work, or may document ideas for unrealized projects.

About Gilbert B. and Lila Silverman:
Gilbert B. and Lila Silverman began collecting works by Fluxus artists in 1978. In 2008 the Museum acquired, through the generosity of Gilbert and Lila, the Gilbert and Lila Silverman Fluxus Collection and Archives, widely considered the largest and most important collection of its kind in the world. Assembled in Detroit over three decades by the Silvermans, the collection comprises over 5,000 works in mediums ranging from printed ephemera, multiples, drawings, and sculptural objects to photographs and film, accompanied by an archival and library component. In 2005 the Silvermans donated the Avalanche Magazine Archives, which included magazine issue files and layout mock-ups, artist research and subject files, audiotapes, administrative and financial records, and Avalanche magazine reprints. An important primary source for the study of the Conceptual art scene in New York in the early 1970s, the Avalanche Magazine Archives is now a digital tool for scholars and researchers who visit MoMA’s Archives and Library. Gilbert and Lila’s collecting was iconoclastic, much as the Fluxus movement itself was. Gilbert was a longstanding member of the Museum’s Trustee Committee on Archives, Library, and Research.