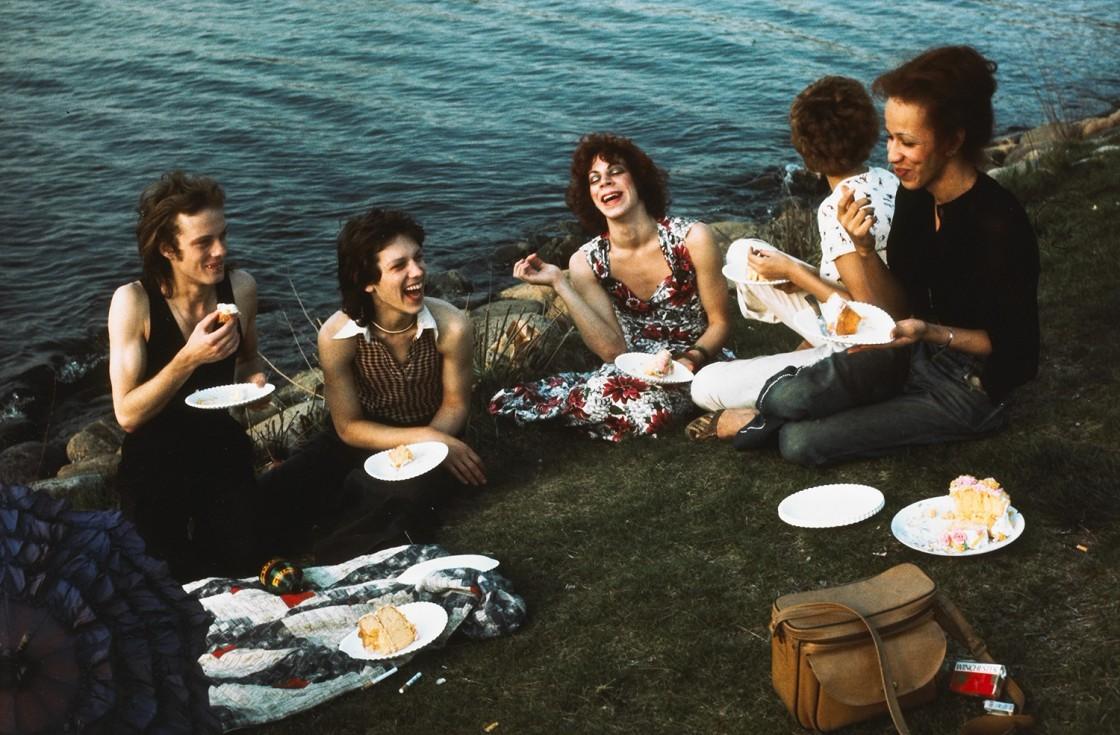 Courtesy of The Museum of Contemporary Art, Los Angeles, The Nimoy Family Foundation

LOS ANGELES—The Museum of Contemporary Art, Los Angeles (MOCA), presents Real Worlds: Brassaï, Arbus, Goldin, an exhibition that brings together the works of three of the 20th century’s most influential photographers of modern life. Drawn largely from MOCA’s extraordinary collection of photography, the exhibition provides a remarkable opportunity to explore the ways in which Brassaï (Gyula Halász) (b. 1899, Brassó, Hungary (now Romania); d. 1984, Èze, France), Diane Arbus (b.1923, New York; d. 1971, New York) and Nan Goldin (b. 1953, Washington, D.C.) use the camera to reflect and transform the world around them. Real Worlds features an exceptional trove of approximately one hundred works by the three artists, including Brassaï’s unforgettable images of the nocturnal denizens of Paris, Arbus’s most memorable and unsettling portraits, and Goldin’s searingly poignant documentation of herself and her community. The exhibition is structured around MOCA’s nearly comprehensive collection of photographs that appear in three legendary photobooks: Brassaï’s The Secret Paris of the 30’s (1976), the posthumous Diane Arbus: An Aperture Monograph (1972), and Goldin’s The Ballad of Sexual Dependency (1986).

In the 1930s, the photographer known as Brassaï photographed what went on “behind the facades” of Paris’s illustrious nightlife. Forty years later, he published the images in his influential book The Secret Paris of the 30’s; MOCA’s collection includes prints of nearly every photograph in Brassaï’s volume. With these photographs, Brassaï seductively documented the nocturnal city, from its exuberant nightclubs to its covert brothels, and preserved a demimonde that, with the coming war, was on the verge of disappearing.

Also featured is a selection from the museum’s complete collection of photographs included in Diane Arbus: An Aperture Monograph. Taken in the 1960s and early 1970s, these indelible photographs by Arbus capture a diverse range of individuals—from nudists to suburban families to people pushing the limits of gender—in moments that are at once euphoric and banal. Arbus redefined the boundaries of a photographic encounter, revealing the vulnerability of subjects positioned on both sides of the camera lens.

The most recent series of work included in the exhibition is The Ballad of Sexual Dependency, Goldin’s raw and intimate color photographs documenting the social lives of the artist and a bohemian cast of characters during the 1970s and 1980s in Boston, New York, and Berlin. MOCA’s collection contains the full set of 126 photographs published in the 1986 book adaptation of the original 35mm-slide installation, which portrays friends and lovers in cheap hotels, dive bars, and transient spaces across the globe as well as within the charged domestic setting of the artist’s New York City apartment. For Goldin, who describes the camera as an extension of her hand and this collection of images as a public diary, photography is not only a form of commemoration but also a means for confronting the deep ambivalence of desire.

In addition to the photographs, the exhibition includes a digital presentation of Goldin’s original 35mm-slide installation The Ballad of Sexual Dependency (1985), allowing viewers to experience the artist’s photographs as both static and moving images. Spanning more than sixty years, the bodies of work in this exhibition together trace a dynamic history of how the representation of identity and the category of “social documentary” were challenged and newly conceived in the 20th century, and how photobooks have contributed to this history. Real Worlds: Brassaï, Arbus, Goldin provides an extraordinary opportunity to explore nearly a century of enduring and influential photographs, works which continue to resonate with intimacy and immediacy in today’s image-filled world.

The exhibition is accompanied by a full-color publication featuring conversations between MOCA Assistant Curator Lanka Tattersall and three of today’s most magnificent thinkers: writer and critic Hilton Als, writer Maggie Nelson, and artist A. L. Steiner. Als, Nelson, and Steiner lend their critical voices to the simultaneously elegant, brutal, and tender works of Brassaï, Arbus, and Goldin.

Exhibitions at MOCA are supported by the MOCA Fund for Exhibitions with lead annual support provided by Sydney Holland, founder of the Sydney D. Holland Foundation. Generous funding is also provided by Judith and Alexander Angerman, Delta Air Lines, and Nathalie Marciano and Julie Miyoshi.