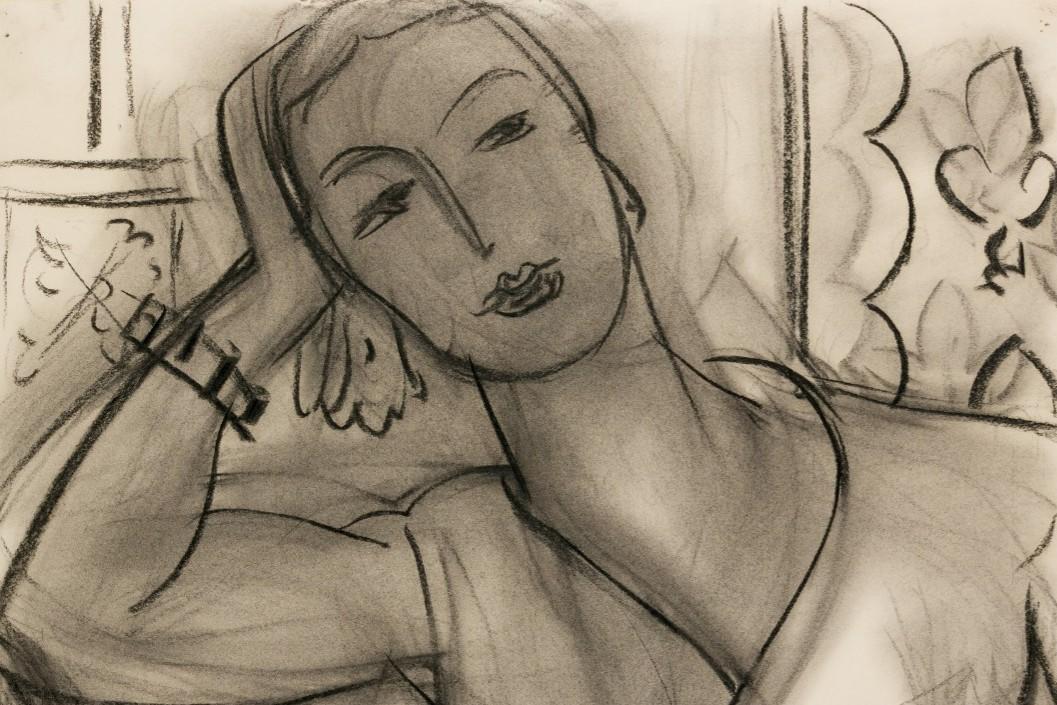 Thomas Boyd-Bowman, Sotheby’s Impressionist & Modern Art Specialist, said: ‘Executed with the utmost elegance and economy of means, this charcoal portrait presents the fascinating Mary Hutchinson, one of Bloomsbury’s most stylish luminaries. Portraits of named sitters by Matisse come to the market exceptionally rarely, and this stunning image is one of only a handful ever created of a British subject. Sotheby’s is honoured to be entrusted with sale of this important work by the family of the sitter, whose son, the late Lord Hutchinson of Lullington, was a truly inspiring figure; a masterful criminal barrister, politician and dedicated promoter of the arts.’ 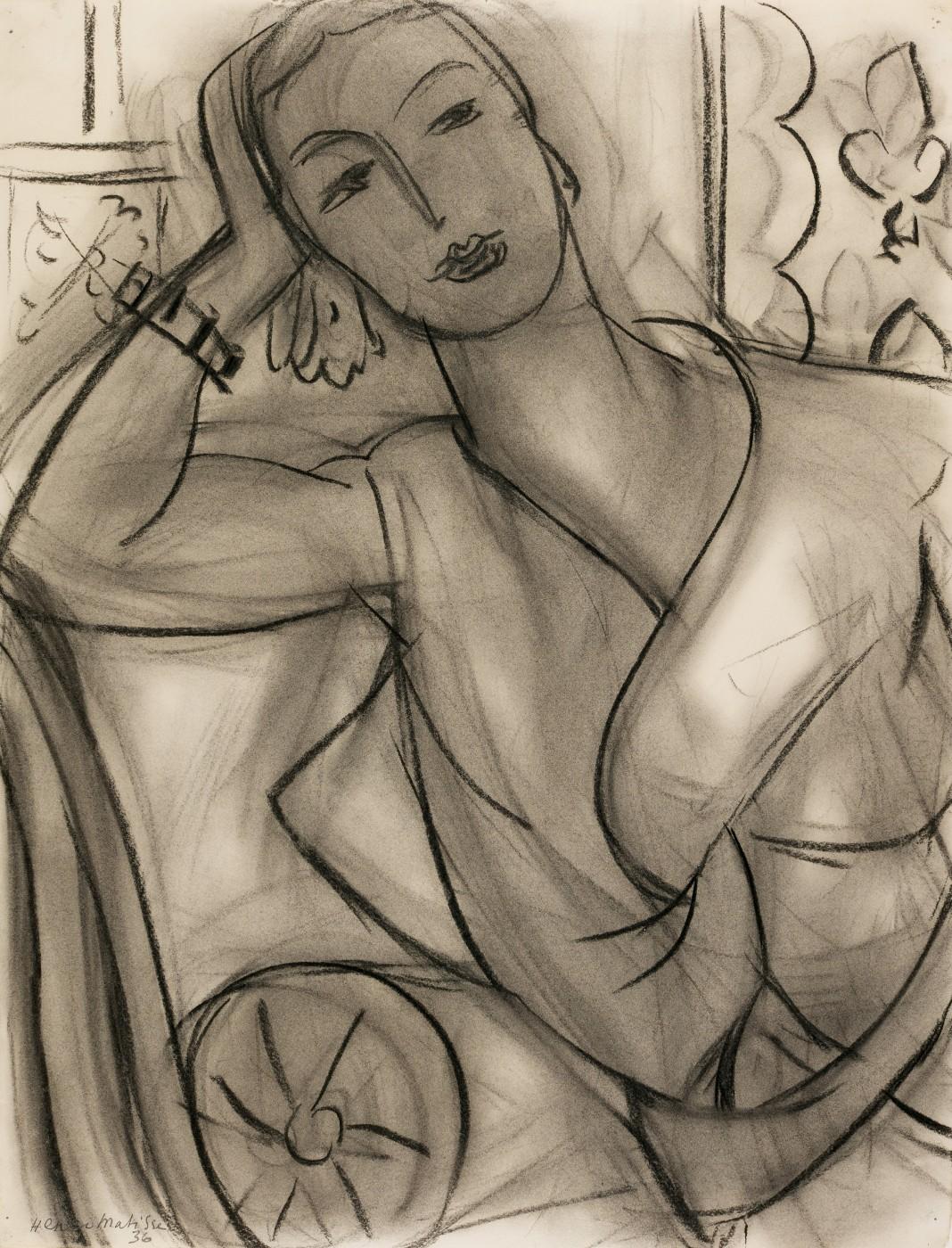 Created in the Paris studio of Henri Matisse in June 1936, this ravishing portrait depicts the writer Mary Hutchinson, a key member of the Bloomsbury group. A fascinating, fashionable and multifaceted woman, to whom the artist Henry Tonks once said, “what an unusual power you have, you are no ordinary person”, Mary was an active patron of the arts throughout her life – her intelligence and cosmopolitan outlook attracting a circle of notable writers and painters to her home. The magnificent charcoal drawing will be offered as part of Sotheby’s Impressionist & Modern Art Evening Sale on 19 June, and is coming for sale from the estate of the late Lord Hutchinson of Lullington, QC, the sitter’s son. He was a renowned criminal barrister who defended Christine Keeler and Howard Marks, as well as the publication of Lady Chatterley’s Lover in a long career of watershed legal cases and cause célèbres.

A ‘civilised rebel’, Mary Hutchinson combined the love of fashionable living with a devotion to literature and painting. Born in India and raised in Florence, Mary moved to London in 1909 and within a year of her arrival had married the barrister St John Hutchinson. A cousin of the writer Lytton Strachey and friend of artist Duncan Grant, Mary was introduced to the Bloomsbury set and commenced a decade-long love affair with the art critic Clive Bell, the husband of painter Vanessa Bell. In 1915, Vanessa painted her own portrait of Mary, in dazzling colours reminiscent of Matisse’s style.

One of only a handful of commissioned portrait drawings Matisse made of English women, the sitting was arranged by the artist’s son-in-law Georges Duthuit, who was a writer and friend of Vanessa and Duncan. The sitting resulted in two portraits of Mary, one of which he kept in his personal collection and the more elaborate of the two [the present work] was bought by the sitter. With charcoal lines enriched with the estompe technique, Matisse masterfully evokes the character of the model as well as the atmosphere and light. Following her experience, Mary wrote that “in spite of all people say I think he is delightful” and on the occasion of Matisse’s final visit to London in 1937, she gave a lunch party for the artist. Mary saw him one last time in 1948, when she and Clive visited his home La Rêve, Vence, in the south of France.

Matisse, who often chose specific costumes for his sitters, depicted Mary wearing a blouse by the visionary British-born couturier Charles James. Cecil Beaton, the virtuoso and arbiter of taste, took several photographs of her which further bear witness to Mary Hutchinson’s striking appearance and astounding cultural legacy in the role of both patron and muse.