Masterworks by Michelangelo and his Contemporaries on View at the Museum of Fine Arts, Houston 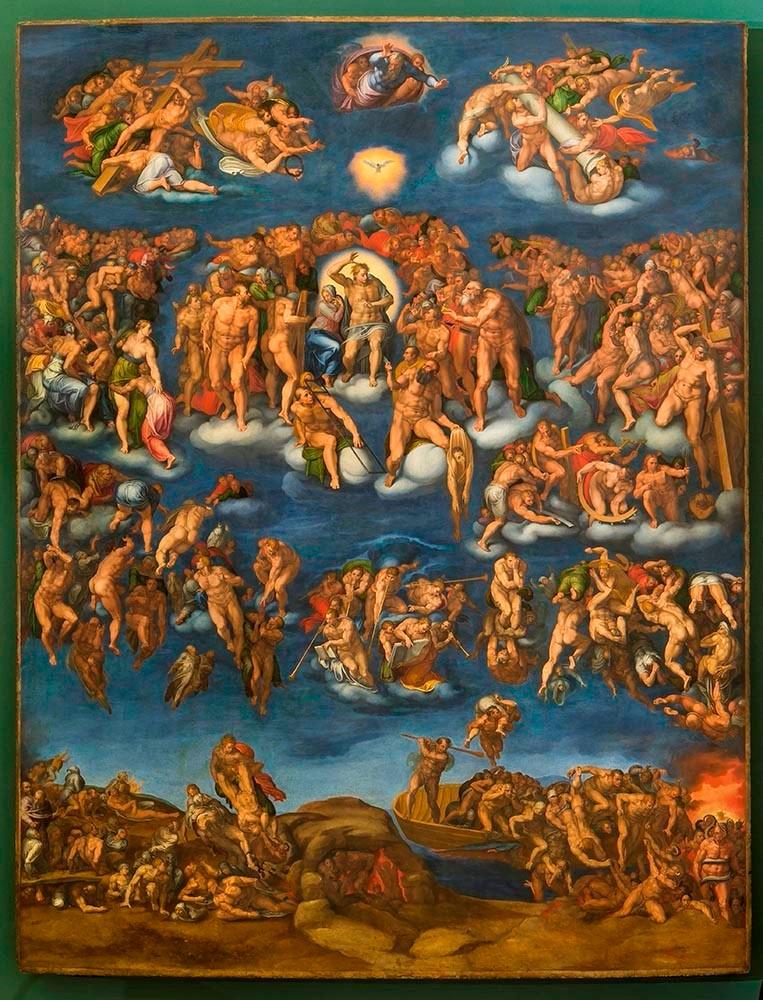 The exhibition of 40 works presents a key moment in the history of European art through the artistic legacy of Pope Paul III.

HOUSTON—In March, the Museum of Fine Arts, Houston, presents Michelangelo and the Vatican: Masterworks from the Museo e Real Bosco di Capodimonte, Naples, an exhibition highlighting the artistic legacy of Pope Paul III (1468–1549) and the vital role that drawing played in artistic production throughout Europe in the late 15th and 16th centuries. Largely drawn from the renowned collection of the Capodimonte Museum in Naples, Italy, Michelangelo and the Vatican features drawings, cartoons, paintings, sculpture and prints by Renaissance master Michelangelo and his predecessors and successors across Italy, including Raphael, Titian, and Tintoretto. The exhibition will be on view in Houston from March 11 through June 10, 2018.

“The legacy of Alessandro Farnese, Pope Paul III, who is remembered as an avid patron of the arts and architecture, illuminates a watershed moment in the history of Italian Renaissance art. We are grateful to our colleagues at the Capodimonte Museum for their generosity in sharing their exceptional collection with us,” said Gary Tinterow, MFAH director. “We have the privilege to bring Michelangelo’s two largest surviving drawings to Houston after their recent presentation in New York, and complement them with additional loans from the Capodimonte Museum alongside works from the Vatican, the Metropolitan Museum of Art, the University of Chicago Library, private collectors, and our own collection.”

Michelangelo and the Vatican presents 40 works from the 16th century, many of which were commissioned or completed during the papacy of Pope Paul III. Remembered for his enthusiastic patronage of the arts in general, and of Michelangelo (1475–1564), the famed Renaissance sculptor, painter, architect, draftsman and poet, in particular, Paul III oversaw the completion of Michelangelo’s stupendous The Last Judgment (1541) on the altar wall of the Sistine Chapel. The exhibition features a unique, large-scale copy of the fresco painted in oil by Marcello Venusti in 1549, which provides documentation of Michelangelo’s original work before another artist, Daniele da Volterra, was tasked with painting over the nudity in the mid-1560s. Accompanying this painting is a monumental, 10-sheet engraving of the fresco by Giorgio Ghisi, which enabled widespread dissemination of Michelangelo’s design across Europe.

Additional highlights include two of Michelangelo’s finest monumental drawings: Venus Kissed by Cupid (c. 1535) and Roman Soldiers (c. 1546), a large-scale preparatory drawing for the left section of The Crucifixion of Saint Peter (c. 1545–50), one of the two frescoes commissioned by Pope Paul III for the Pauline Chapel in the Apostolic Palace. It was Pope Paul III who commissioned Michelangelo to design the basilica and dome of St. Peter’s, and the artist’s work on this project will be represented by engravings and a remarkable 16th-century wooden model made by the artist himself with the carpenters of the Fabbrica di San Pietro.

Supplementing these works are two iconic portraits of Pope Paul III by Italy’s greatest Renaissance masters: Raphael and Titian. Raphael’s Portrait of Cardinal Alessandro Farnese (1511) shows the young cardinal in his ascent to power, while Titian’s Portrait of Pope Paul III (1543) portrays the pope in his 70s, physically weak but one of the most powerful men in Europe.

The exhibition is completed by a number of drawings by Michelangelo’s contemporaries, drawn from the collections of the Museo e Real Bosco di Capodimonte, that illustrate the role and importance of drawing in Renaissance Italy, as well as the novel rise of drawings as collectible art objects during the same era. Figure studies and compositional drawings alike, from Raphael’s exquisite preparatory cartoon for Moses before the Burning Bush (c. 1514), a fresco painted on the ceiling of Pope Julius II’s private audience chamber in the Vatican, to Tintoretto’s Study for the Battle of the River Taro (1578–79) rendered in chalk and tempera, demonstrate how the greatest artists of the Renaissance used drawing to conceive and complete their monumental compositions.

About the Museo e Real Bosco di Capodimonte, Naples
The origins of the Museo e Real Bosco di Capodimonte date back to 1738 when King Charles VII of Naples and Sicily (later Charles III of Spain) planned a hunting lodge on Capodimonte Hill, but built instead a grand palace in which to house the fabulous Farnese art collection which he had inherited from his mother, Elizabetta Farnese, wife of Philip V of Spain and last descendant of the sovereign ducal family of Parma. Today, much of the Farnese collection of classical sculpture is housed in the National Archaeological Museum, Naples, while the extraordinarily fine art collection is shown at the Capodimonte Museum.

Organization & Funding
This exhibition is organized by the Museum of Fine Arts, Houston, with the collaboration of the Museo e Real Bosco di Capodimonte, Naples.

Lead foundation underwriting is provided by The Hamill Foundation.

About the Museum of Fine Arts, Houston
Established in 1900, the Museum of Fine Arts, Houston, is among the 10 largest art museums in the United States, with an encyclopedic collection of more than 65,000 works dating from antiquity to the present. The main campus comprises the Audrey Jones Beck Building, designed by Rafael Moneo and opened in 2000; the Caroline Wiess Law Building, originally designed by William Ward Watkin, with extensions by Ludwig Mies van der Rohe completed in 1958 and 1974; and the Lillie and Hugh Roy Cullen Sculpture Garden, designed by Isamu Noguchi and opened in 1986. Additional spaces include a repertory cinema, two libraries, public archives, and facilities for conservation and storage. Nearby, two house museums—Bayou Bend Collection and Gardens, and Rienzi—present American and European decorative arts. The MFAH is also home to the Glassell School of Art and its acclaimed Core Residency Program and Junior and Studio Schools; and the International Center for the Arts of the Americas (ICAA), a leading research institute for 20th-century Latin American and Latino art.
1001 Bissonnet, Houston, Texas 77005 | www.mfah.org | 713.639.7300