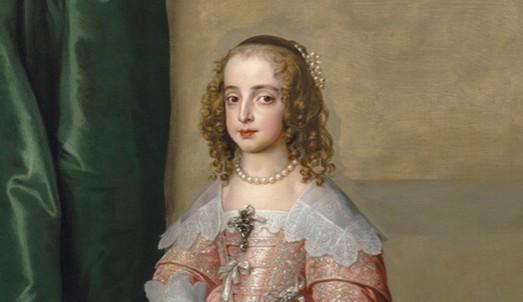 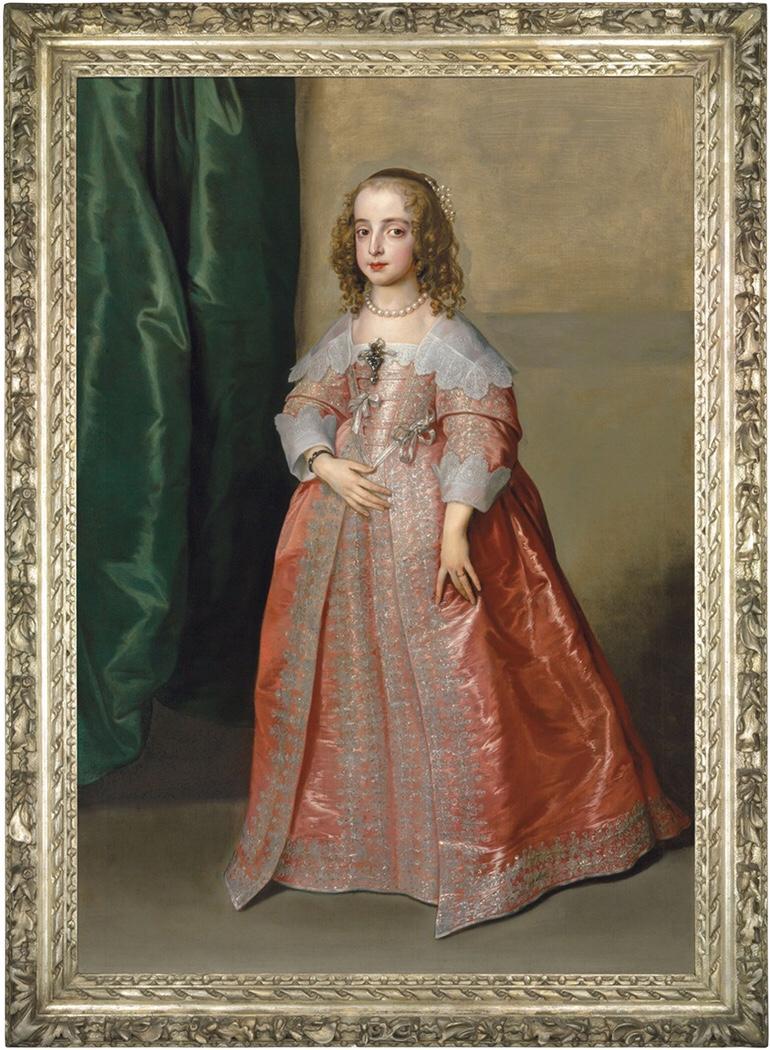 Sir Anthony van Dyck, Portrait of Princess Mary (1631–1660), daughter of King Charles I of England, full-length, in a pink dress decorated with silver embroidery and ribbons, 1641

London - Portrait of Princess Mary (1631–1660), daughter of King Charles I of England, full-length, in a pink dress decorated with silver embroidery and ribbons by Sir Anthony van Dyck, 1641, will be offered from a Distinguished Private Collection in Christie’s Old Masters Evening Sale on 6 December, during Christie’s Classic Week(estimate: £5,000,000-8,000,000). Commissioned to celebrate the crucial alliance between the British crown and the House of Orange, this intimate ad vivum (from life) portrait of Princess Mary, the finest portrait of the type, is remarkable for its royal provenance, the superb quality of its draughtsmanship and its exceptional condition. It is one of the most important European Royal Portraits to come to auction for a generation. The painting will go on public view for the first time, ahead of the auction, at Christie’s Shanghai on 19 until 21 September, later touring to New York where it will be on public view from 25 to 30 October and to Hong Kong between 23 and 26 November, ahead of the pre-sale public exhibition in London from 1 to 6 December.

John Stainton, Deputy Chairman, Old Master Paintings, Christie’s EMERI: “This beautifully-preserved full-length portrait of Princess Mary, eldest daughter of King Charles I of England, and future mother of King William III of England, was one of the last commissions executed by van Dyck, in the summer of 1641, only months before the artist’s premature death at the age of forty-two. It bears many of the hallmarks of his remarkable genius – in the subtle rendering of the sitter’s physiognomy, the masterful depiction of the shimmering drapery, the brilliance of the palette, and the assured draughtsmanship and deft handling of the paint. A work of the finest quality, it represents the culmination of all that van Dyck had learnt from his master, Peter Paul Rubens, and from his Venetian predecessors, notably Titian. By developing his own distinctive style of portraiture, characterised by a calm authority and supreme elegance, van Dyck both revolutionised portraiture in Europe and left a legacy for future generations of artists from Gainsborough and Lawrence, to Sargent and Freud.”

ROYAL PROVENANCE: Identified by Sir Oliver Millar as one of two portraits commissioned from van Dyck for the court at The Hague, this painting would originally have formed part of the prestigious collection of the Princes of Orange, Stadtholders of the United Provenances of the Netherlands. It would likely have been displayed in one of their principal palaces, possibly at Binnenhof Palace in The Hague, where Princess Mary lived with her husband William, alongside works by many of the principal Dutch and Flemish painters of the seventeenth century.

VAN DYCK IN ENGLAND: In July 1632, van Dyck was appointed ‘Principal Painter in Ordinary to their Majesties’ by King Charles I of England. A passionate collector and patron, the King had long hoped to attract a painter of such exceptional status and renown to his service, and found in van Dyck an artist not only capable of fulfilling his desire for magnificent portraits and paintings, but also one who shared his tastes, especially for Venetian pictures. The style, refinement and brilliance of van Dyck’s portraits was unprecedented in England; the artist instilled in his sitters a new sense of vitality and movement and his bravura technique allowed him to enliven the entire surface of his works with light, assured dashes of paint, as exemplified in the present portrait.

PRINCESS MARY AS SITTER: Van Dyck first painted the sitter in the weeks immediately following his arrival in London in 1632, when the young Princess Royal was shown with her parents, King Charles I and Queen Henrietta Maria, and elder brother, the future King Charles II. The monumental group portrait, known as ‘The Greate Peece’, dominated the King’s Long Gallery in the Palace of Whitehall (The Royal Collection). The earliest single portraits of Princess Mary, which show her full-length in a blue dress, with her hands linked together across her stomach – a pose that echoes van Dyck’s earlier portraits of her mother – were painted in or before 1637, and are now in the Museum of Fine Arts, Boston, and at Hampton Court. Four years later, she sat again to van Dyck with her fifteen-year-old husband, Prince William of Orange, for the double portrait now in the Rijksmuseum, Amsterdam, as well as for the present work.

JEWELS AND ATTIRE: In both the present work and in the Rijksmuseum double portrait, Mary is shown wearing her wedding ring and the large diamond brooch given to her by her husband on 3 May 1641, the day after their marriage. Her spectacular coral gown, decorated with silver thread trim along its border, is thought to be similar to that worn for her wedding, rather than the cloth of silver-gold she wears in the Rijksmuseum picture. The apparent weight of the fabric, falling in broad, heavy folds, along with the bright highlights along the creases, suggest the fabric may have been cloth of silver. Shimmering highlights, applied in swift, cross-hatched strokes, were used as a form of shorthand by artists, mimicking the lustre of metallic threads as the textile caught the light. In accordance with the fashion of the period, her gown is open down the front, revealing a stiffened stomacher across the chest and a matching skirt beneath. The ribbons, which would at one time have been functional, lacing the skirt and stomacher to the bodice, were applied purely as adornment. One ribbon, however has been pinned or stitched flat to disguise the seam between the bodice and skirt. Details such as the Princess’s brooch, the string of pearls and ribbons on her shimmering dress are rendered with remarkable precision and delicacy, characteristics that defined the artist’s finest late works.