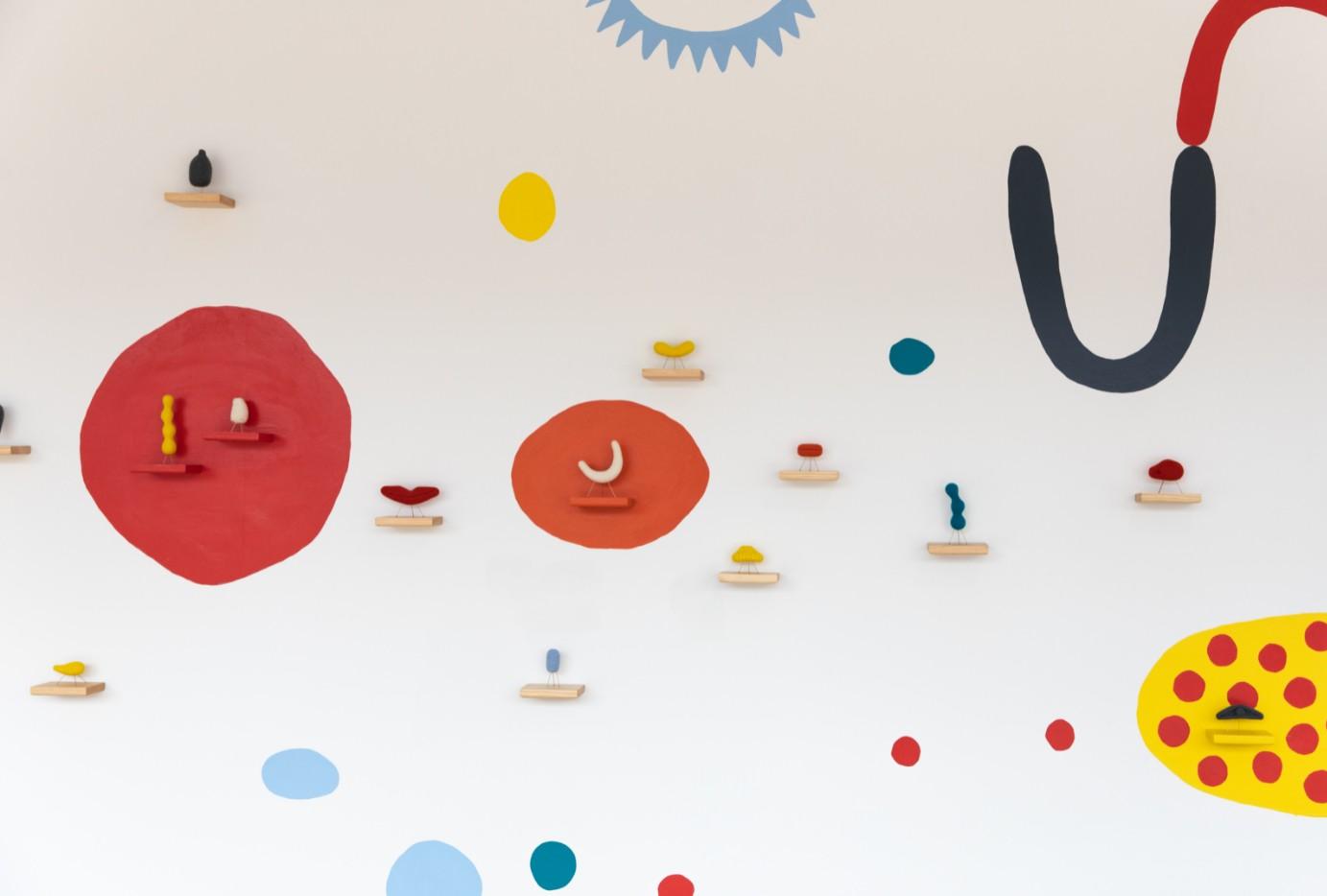 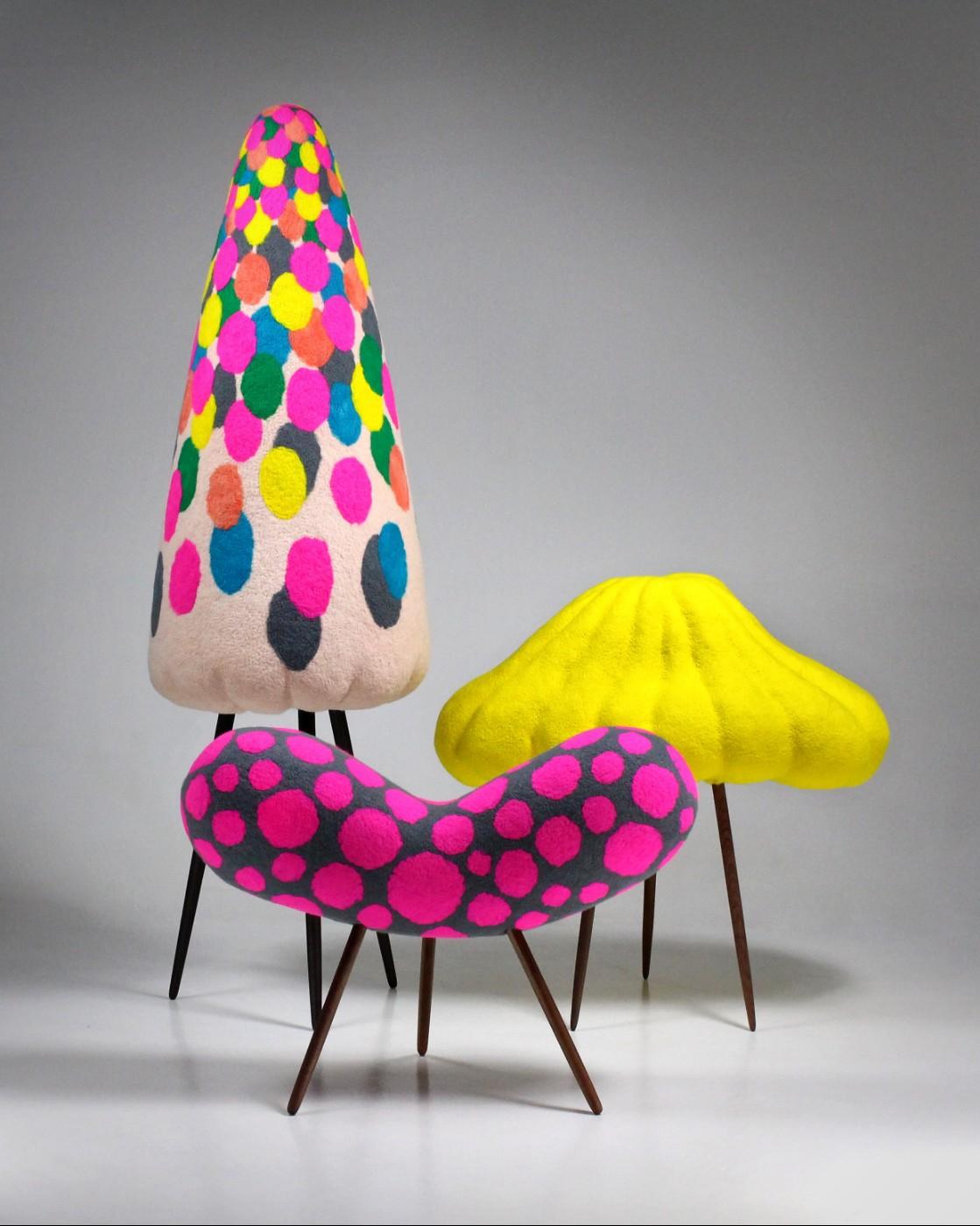 (Berkeley, CA) — The UC Berkeley Art Museum and Pacific Film Archive (BAMPFA) opens its 2019 exhibition season with a presentation of new work by the acclaimed Berkeley-based artist and designer Masako Miki. An important figure in the Bay Area’s creative community for more than two decades, Miki creates colorful forms in a range of media, which are inspired by her interest in the folklore traditions and religious practices of her native Japan. Miki is the latest artist to present new work in BAMPFA’s MATRIX Program, an exhibition series that highlights distinctive voices in contemporary art.

For her exhibition at BAMPFA, Miki has created more than a dozen large-scale felt-covered sculptures that appear as dreamlike shapes, subtly invoking figurative objects such as lips, umbrellas, and insects. These works draw on the artist’s interest in Shinto, Buddhist, and traditional Japanese culture, such as the belief in shape-shifting spirits (yōkai), which Miki references in the titles of works like Kinoko (Mushroom Ghost) and Nyoijizai (Animated Back-Scratcher). Brightly colored and gently playful, the sculptures are displayed at BAMPFA in an immersive installation that also includes abstract images on the floor and walls of the exhibition gallery. The interplay of shapes creates a sense of fluidity between two and three dimensions, alluding to the intersection of corporeal and spiritual worlds that is a recurrent theme of Japanese folklore and of Miki’s own practice. 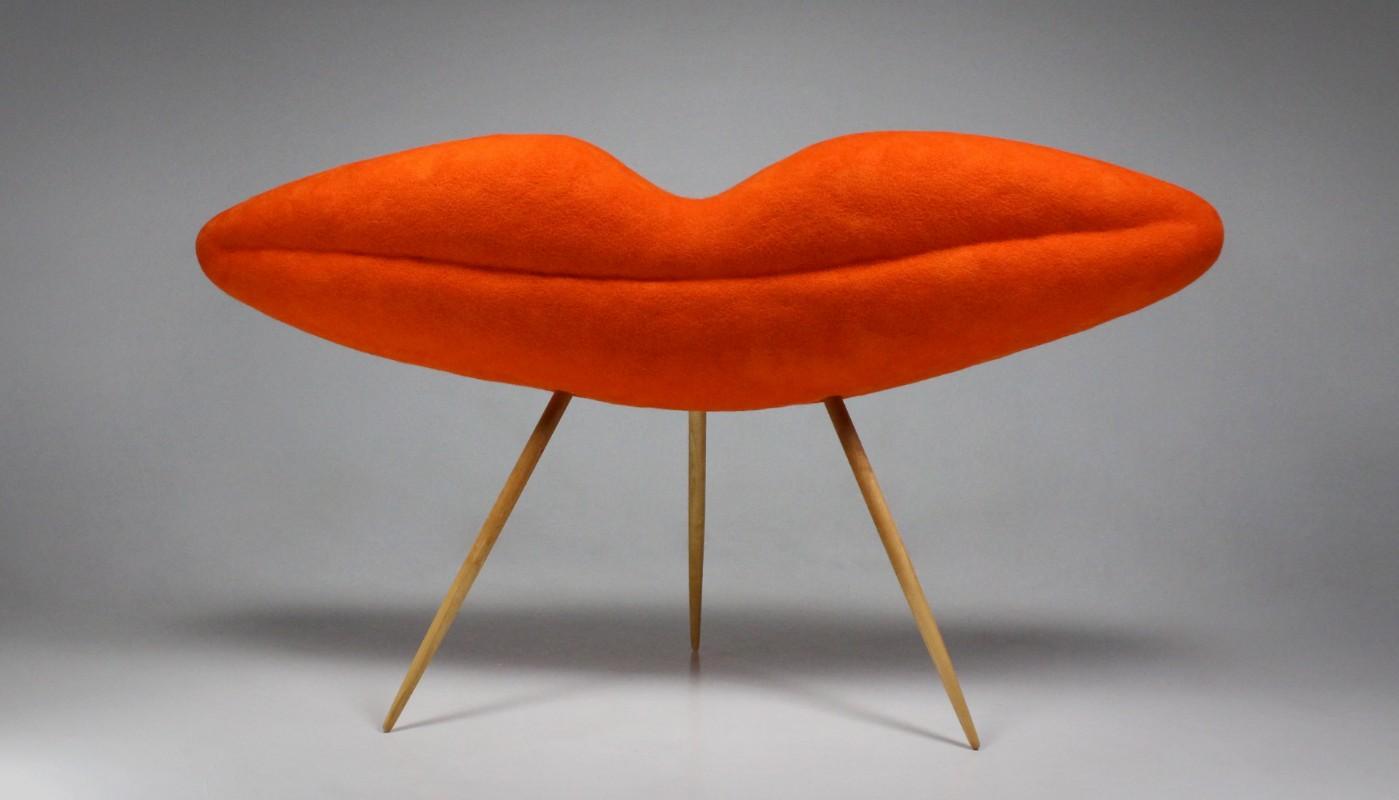 Born in the Japanese city of Osaka, Miki has made the Bay Area, and Berkeley in particular, her home for more than twenty years. Her work often explores her personal relationship to Japanese traditions, such as communicating with the deceased in Obon ceremonies, in which the dead return each year to visit their living relatives. As Miki describes her practice, “I want to create a context where the familiar and unfamiliar lose their distinctions and the boundaries of dichotomies become blurred. By reinventing narratives from my cultural traditions, I want to suggest alternative interpretations where new synthesis becomes possible.” 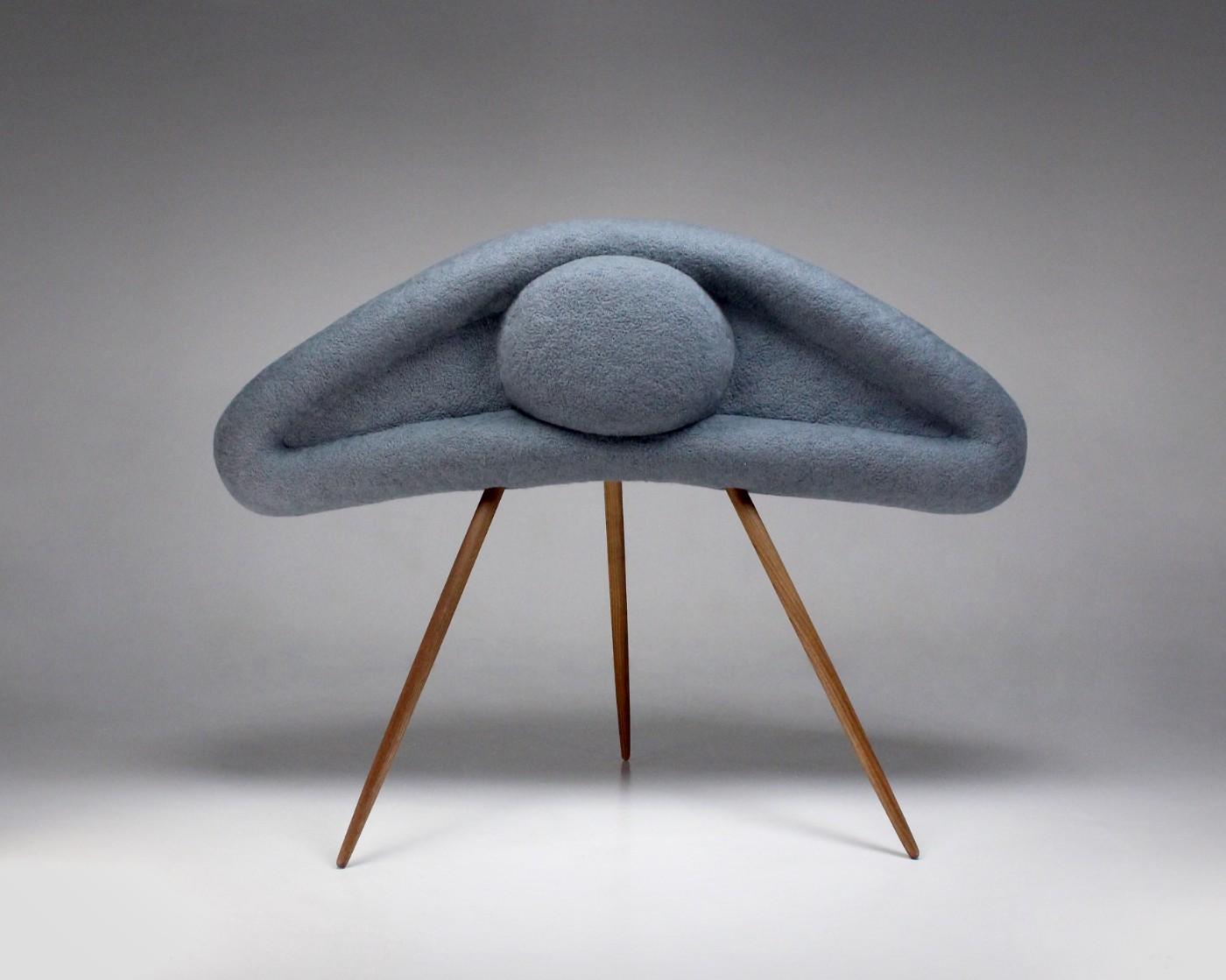 Miki’s exhibition at BAMPFA arrives at a moment of increasing visibility for the artist, who in recent years has held residencies at the de Young Museum in San Francisco and at Facebook’s headquarters in Silicon Valley—where she installed a large-scale mural depicting a wolf and whale that remains on view in the company’s Menlo Park offices. Miki was also an artist in residence at The Watermill Center, where she completed a commissioned installation. Her MATRIX show coincides with the exhibition Masako Miki: Shapeshifters on view at her San Francisco gallery CULT Aimee Friberg Exhibitions from January 12 through February 23.

BAMPFA hosts Miki for an artist’s talk on Wednesday, January 16 at noon, where she discusses Shinto traditions in Japan, how they address questions of boundaries in life, and how these ideas have developed and manifested in her practice. Families are also invited to engage with Miki’s work during two Gallery + Studio Workshops on Saturday, January 12 at 11:30 a.m. and 1 p.m., where local artist and educator Erin McCluskey Wheeler instructs participants on how to create small, anthropomorphic friends out of felt, fabric, and found objects. All programs are free with museum admission.

“We’re pleased to provide a platform for the work of Masako Miki, an artist who stands out in the Bay Area’s vibrant creative community for work that is both aesthetically ambitious and warmly accessible,” said BAMPFA’s Senior Curator for Asian Art Julia M. White. “Especially in a year when BAMPFA’s historical Japanese collections are a central focus of our exhibition and film programming, it’s exciting to present new work by an artist who is reimagining centuries-old Japanese cultural traditions with such a fresh and thoughtful perspective.”

Masako Miki / MATRIX 273 takes place during a year in which several programs drawing upon BAMPFA’s significant collections of Japanese art and film are featured, including the film series Japanese Film Classics from the BAMPFA Collection (December 12, 2018–January 27, 2019) and the exhibitions Ink, Paper, Silk: One Hundred Years of Collecting Japanese Art (December 12, 2018–April 14, 2019), Hinges: Sakaki Hyakusen and the Birth of Nanga Painting (October 2, 2019–February 2, 2020), and others to be announced.