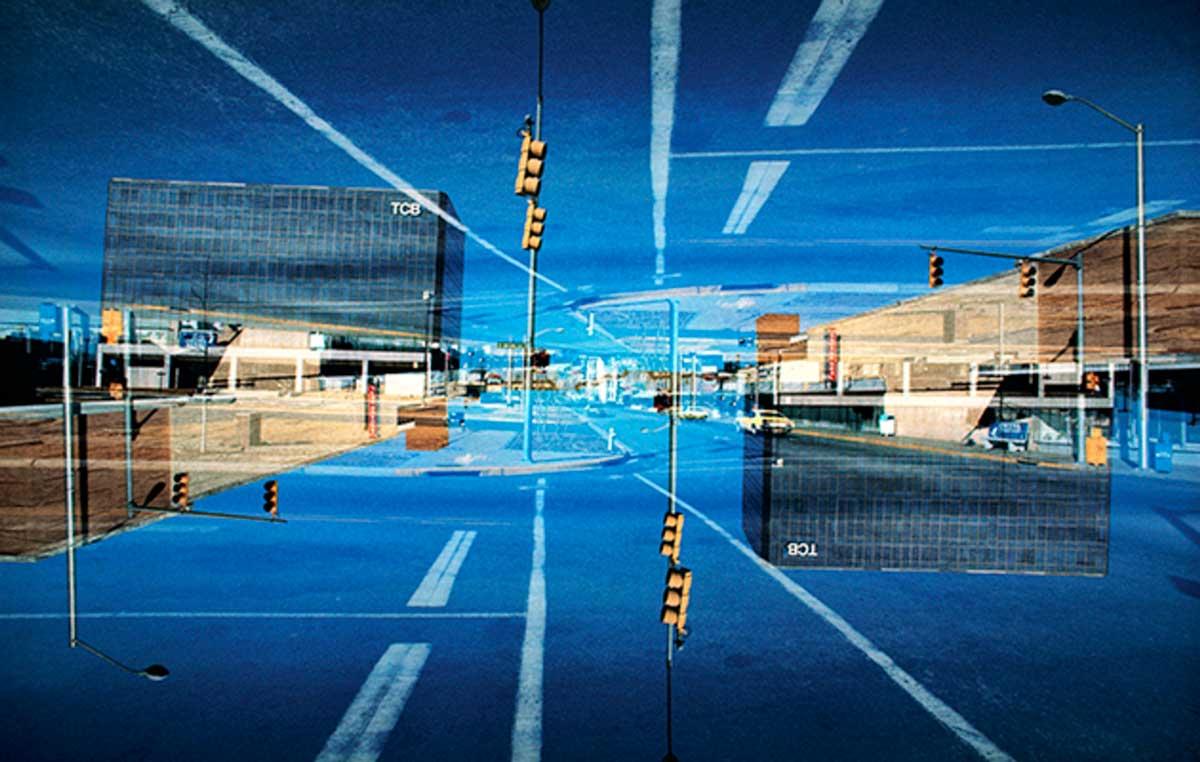 NEW YORK, NEW YORK: The Directors of Marlborough Gallery are pleased to announce an exhibition of photographic works by Olivier Dassault, which opens June 5th, 2018 and will be on display through July 3rd. The exhibition is titled “Revelations” and will include over 30 images created over the past 30 years.

Dassault works instinctively when looking through the lens of his favored Minolta XD7, then later improvises and manipulates the details of each image using superimpositions and multiple exposures. The nearly abstracted photographs are dynamic in composition and ambitious in scope. Space, rhythm and color come together to guide and enhance our perception of these kaleidoscopic or “looping” images. By introducing abstraction into urban landscapes, Dassault gives us new connections to daily life. Reverberations and refractions are also important parts of this visual language, in which forms appear to continue past the edges of the photograph, like an ever-widening horizon.

As the artist himself puts it, “I compose instantaneous graphic harmonies, trying to challenge appearances. I let myself be surprised and I look at the same time for the depth of focus as well as perspectives able to reveal the singularity of nature within things. I enjoy working with small details as much as with great structures, to which I set my own rhythm, playing with compressions, even expansions.”

Olivier Dassault is, of course, from the well-respected French family which pioneered superlative innovations in the global aeronautics industry. He is a master pilot who is one of the very few people capable of flying every plane the company produces, and is also an elected representative at France’s National Assembly. During his travels he has photographed in cities across the world—from Venice to Vegas—and the inspiration for a majority of the works on display in the exhibition is New York City. The great metropolis has proved itself a powerful and abundant muse for the artist. Dassault’s elegant cosmopolitan imagery is as powerful as the architecture that provided the creative sparks.

The name Dassault belongs to a select list of families that have made France’s reputation: from the aviation industry to new technologies, from motion picture production to the international press industry, from fine art to fine wine, and from charities that the Dassault family supports, to those it initiates.

Born on June 1, 1951 in Boulogne-Billancourt (France), Olivier earned his Bachelor’s degree in Engineering from the French Air School in 1974. He then obtained a Master’s in Decision Theory Mathematics (1976), followed by a Doctorate in Computer Science Management (1980). Dassault has broken several world flight airspeed records.

Photographic work by Olivier Dassault is included in public collections including The Israel Museum, Jerusalem, Israel; the Museum of Fine Arts, Houston, Texas; and the National Library of France, Paris, France, among others