Making Marvels: Science and Splendor at the Courts of Europe 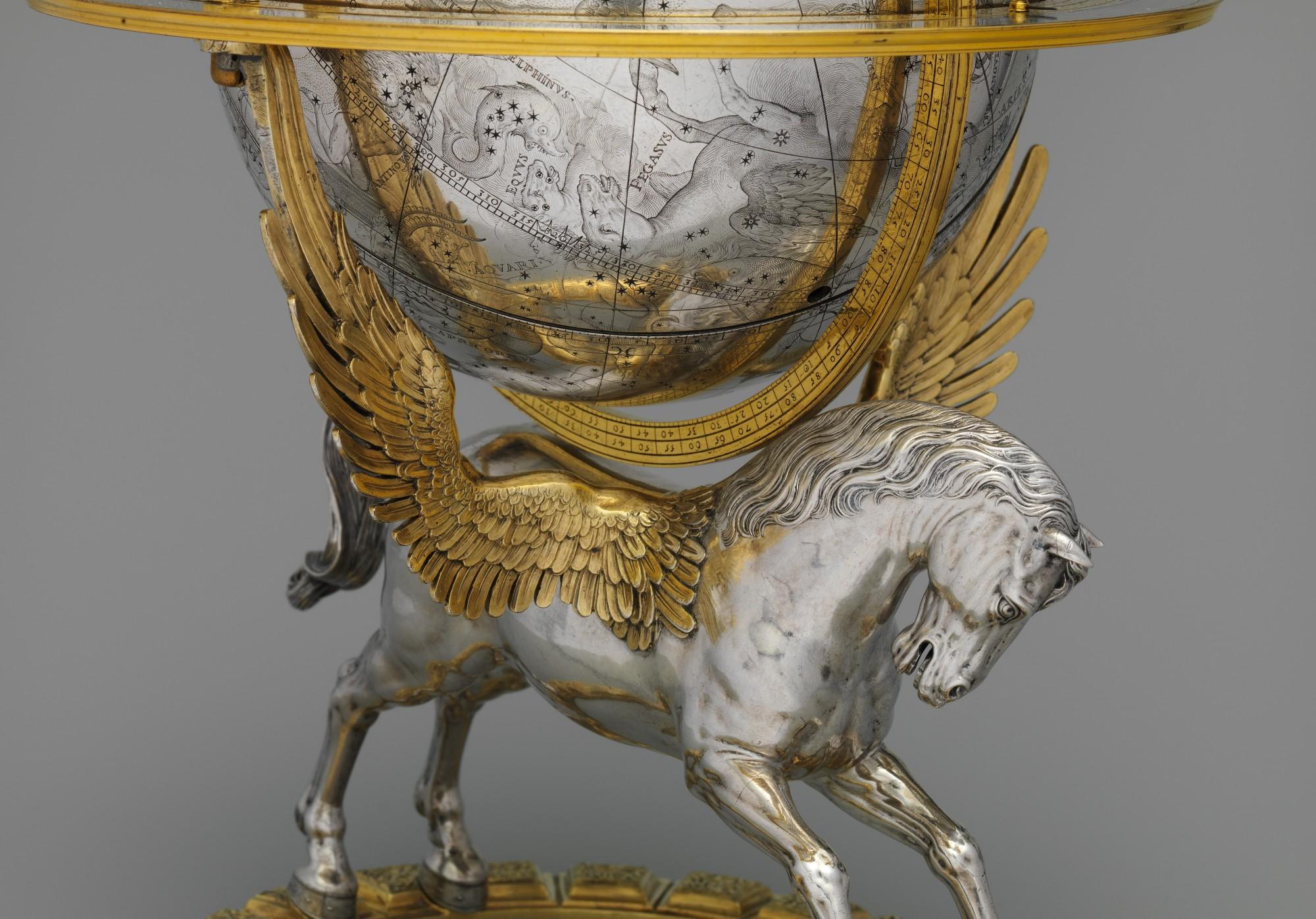 Between 1550 and 1750, nearly every royal family in Europe assembled vast collections of exquisite and entertaining objects. Lavish public spending and the display of precious metals were important expressions of power, and possessing artistic and technological innovations conveyed status. In fact, advancements in art, science, and technology were often prominently showcased in elaborate court entertainments that were characteristic of the period. Opening November 25, Making Marvels: Science and Splendor at the Courts of Europe will explore the complex ways in which the wondrous objects collected and displayed by early modern European monarchs expressed these rulers’ ability to govern.

The exhibition and accompanying catalogue are made possible by the Anna-Maria and Stephen Kellen Foundation.

Max Hollein, Director of The Met, commented: “On a regular basis, news about the latest technological devices and their astonishing capabilities both fascinates and delights us. These familiar feelings echo those of princely patrons in centuries past who desired to possess and display the most marvelous artistic creations and inventions, made of the most precious and unusual materials and incorporating the newest scientific information.”

Exhibition curator Wolfram Koeppe continued:  “The widespread and intense emotional commitment to machines and gadgets in the royal courts of Europe in the 16th through 18th century encouraged men of talent to put their energies into building the new devices for production, transportation, and communication, which are among the most distinctive features of modern life.”

The exhibition will feature approximately 170 objects—including clocks, automata, furniture, scientific instruments, jewelry, paintings, sculptures, print media, and more—from The Met collection and more than 50 lenders. A number of these works have never been displayed in the United States. Among the many exceptional loans will be silver furniture from the Esterházy Treasury; the largest flawless natural green diamond in the world, weighing 41 carats and in its original 18th-century setting; the alchemistic table bell of Emperor Rudolf II; a large wire-drawing bench made for Elector Augustus of Saxony; a rare example of an early equation clock by Jost Bürgi; and a reconstruction of a late 18th-century semi-automaton chess player, known as “The Turk,” that once famously caught Napoleon Bonaparte cheating.

Making Marvelsis the first exhibition in North America to highlight the important conjunction of art, science, and technology with entertainment and display that was essential to court culture. The exhibition will be divided into four sections dedicated to the main object types featured in these displays: precious metalwork, Kunstkammer objects, princely tools, and self-moving clockworks or automata. (Kunstkammer is the term used in German-speaking provinces to describe these collections.)

In order to emphasize the scientific and technological content of these objects, the exhibition will begin by establishing the high level of material value and artisanal quality that princes had to meet in these displays of wealth and power. Visitors will encounter a set of superbly fashioned silver furniture that was considered the ultimate symbol of power, status, and wealth during the early modern period. The second section will be dedicated to the unusual objects of the Kunstkammer. These items were typically composed of newly discovered natural materials set in finely crafted mounts of silver or gold, whose highly inventive designs often embodied the most up-to-date knowledge of the natural world. Reflective of the multi-layered objects they housed, the Kunstkammer functioned simultaneously as places of amusement, research retreats for the investigation of nature, and political showcases for magnificence.

Knowledge of subjects such as natural philosophy, artisanal craftsmanship, and technology was considered tantamount to the practical wisdom, self-mastery, and moral virtue integral to successful governance. Pursuits such as metalsmithing, surveying, horology, astronomy, and turning at the lathe were part of the education and entertainment of princes in courts across Europe. The exhibition’s third section will present the scientific instruments, artisanal tools, and experimental apparatus used by rulers as they developed the technical skills so important to their princely identity.

The exhibition will conclude with innovations in mechanical technology. Self-moving clockwork machines—perhaps the best-known technological display objects—were also a rich source for allegories of rulership. Additionally, as courts competed for technical supremacy, many innovations in mechanical technology were developed at the urging of princely patrons. Automata represented the ultimate attempt to use mechanics to create life-like movement, and were extremely popular additions to princely collections from the Renaissance to the Enlightenment. One highlight will be “The Draughtsman Writer,” a late 18th-century writing automaton that inspired the book The Invention of Hugo Cabret and its movie adaptation. The advanced mechanism of this piece, which stored more information than any machines that came before it, was the forerunner of the computer, the most common technology used today.

Throughout each gallery, videos and digital models will vividly evoke the historical reality of the objects on view and emphasize the similarities between early modern objects and contemporary technological entertainments. Exhibition visitors will discover innovative marvels that engaged and delighted the senses of the past much as 21st-century technology holds our attention today—through suspense, surprise, and dramatic transformations.

Making Marvels is organized by Wolfram Koeppe, the Marina Kellen French Curator in The Met’s Department of European Sculpture and Decorative Arts.

The exhibition will be accompanied by a richly illustrated catalogue, published by The Metropolitan Museum of Art and distributed by Yale University Press ($65, hardbound), as well as a picture album ($14.95). Both will be available in The Met Store.

Related programs include: a Sunday at The Met with exhibition curator Wolfram Koeppe, science historian Pamela H. Smith, and artist Elizabeth King discussing the origins, significance, and lasting legacy of early modern European royal collections (January 26, 2–3:30 p.m.); a talk, delivered live from Dresden via video, by Michael Korey, Senior Curator at the Mathematisch-Physikalischer Salon, Staatliches Kunstsammlungen Dresden, about early modern clocks, with a focus on the Imser Clock (December 6, 6:30–7:30 p.m.); and a concert as part of the Sight and Sound series by Leon Botstein and The Orchestra Now titled “At the Intersection of Art and Technology” (February 23, 2 p.m.). Met curators and other scholars will consider the rich variety of treasures assembled in the courtly collections of early modern Europe in a symposium (February 27, 10:30 a.m.–5 p.m.).