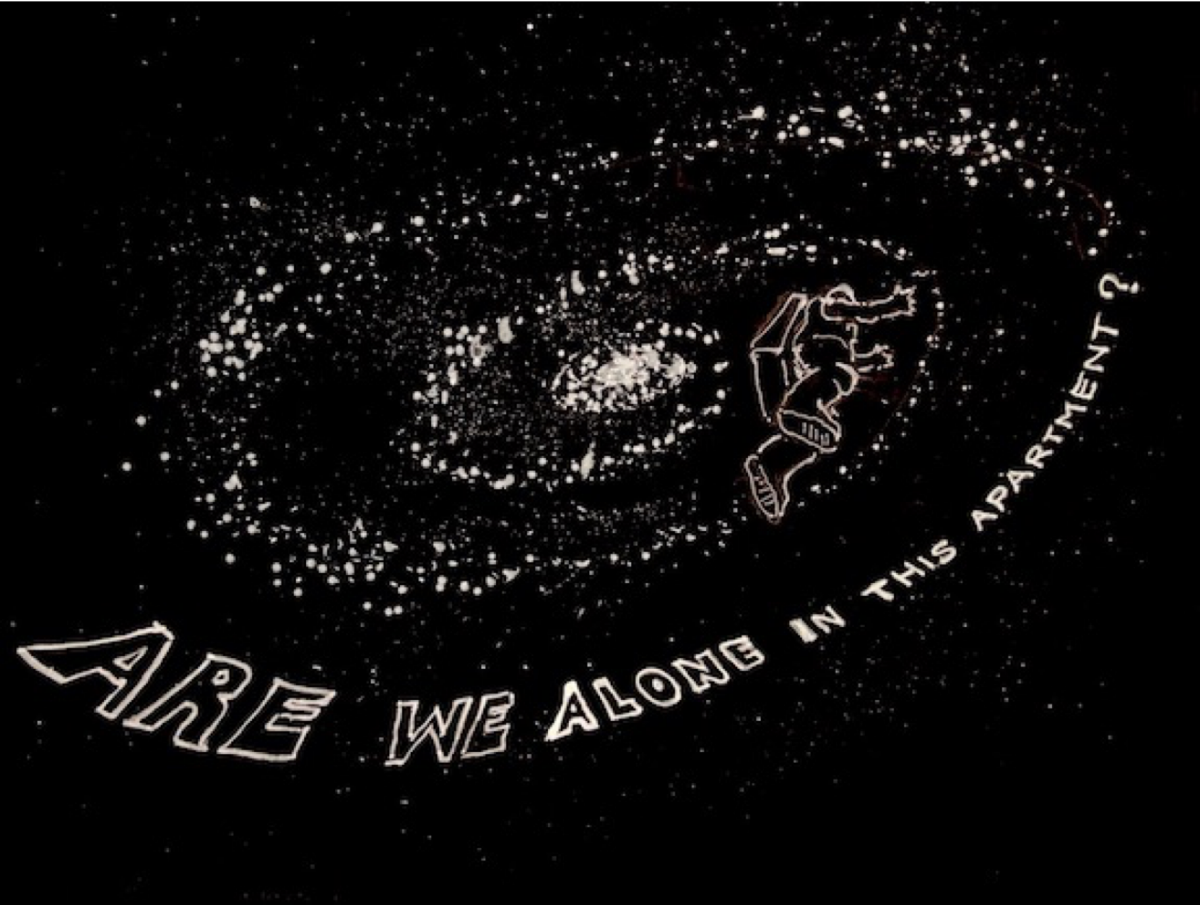 Courtesy of the Artist

NEW YORK – Astrodoubt and The Quarantine Chronicles (ADQC,) artist Luca Buvoli’s new tragicomic mini-episode series, can now be viewed on Instagram. ADQC is part of Buvoli’s Space Doubt “Expedition” Project, started in 2009. This is the first of the 180-project series to be shown to an international audience using social media as a venue. Buvoli plans to post a new mini-episode or related images almost daily for the duration of the quarantine.

Buvoli developed ADQT as a response to the Coronavirus pandemic reflecting on our emotions when we deal with illness, social interactions, restrictions and other facets of our chaotic condition. The Quarantine Chronicles’ narrative finds Astrodoubt, who was expecting climate changes and ecological disasters, and was dreaming of a possible escape from the planet, to be instead grounded by the deadly pandemic. Astrodoubt drifts and wanders speaking — with drama, absurdity and humor — of human resilience in times of crisis.  ADQC includes ironic “Safety Messages,” Deep Space Thoughts and other images that respond to the current state of emergency with a broad range of thematic, emotional and visual approaches.

“During times of plague, war and crisis, creativity and humor have helped us to survive,” says Buvoli. “Will it work this time too?,” is the question.

Luca Buvoli (born Italy, lives in New York) is a multi-media artist who has exhibited internationally for 30 years. His work intertwines mythology, science, and ideology, with daily life and humor through animated films/video, installations, sculptures, paintings and drawings. Institutions such as the Museum of Modern Art, New York, and the Guggenheim Museum among other major museums have acquired his sculptures, and his animated films and videos have been screened at the Lincoln Center (New York), MoMA (New York), the British Library (London) and many other international venues. His expanded multi-media projects have been presented at the 2007 Venice Biennale, the 1997 Johannesburg Biennale, and other biennials in Asia and Europe. He had museum solo shows at the Philadelphia Museum of Art (2001), the M.I.T. List Center, Cambridge (2000), ICA in Philadelphia (2007), and gallery solo shows at John Weber Gallery (1995, 1997, 1999) and Hyundai Gallery (2012) among many others.

Buvoli is the Director of the Mount Royal School of Art Multidisciplinary Master of Fine Arts Program at the Maryland Institute College of Art (MICA) in Baltimore, MD.