Likeness and Legacy in Korean Portraiture 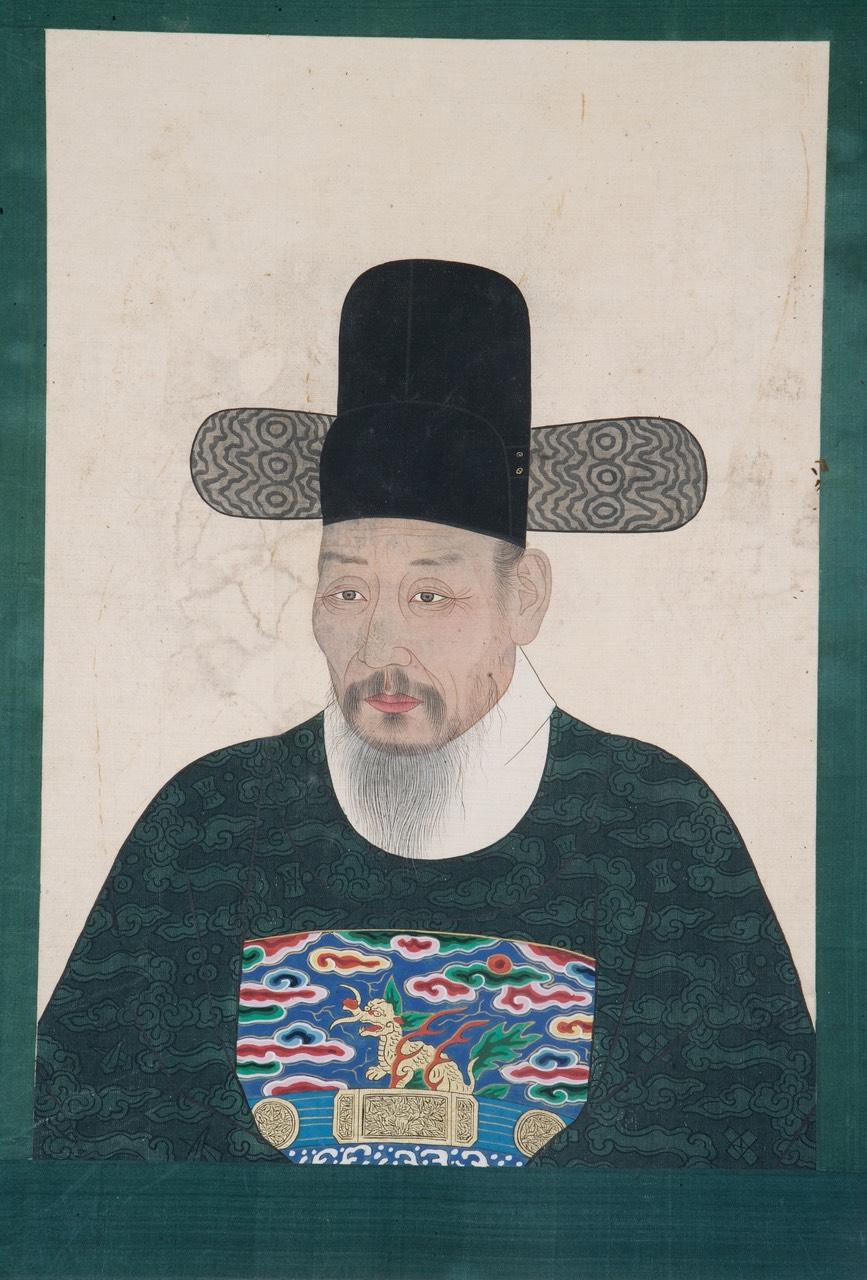 San Francisco — Drawing a line from centuries of Confucian tradition to today’s selfie-culture, Likeness and Legacy in Korean Portraiture presents exquisite traditional draft and finished paintings alongside innovative sculptures, mixed media, and paintings from recent decades. Likeness and Legacy is exclusively at the Asian Art Museum from Aug. 27 to Nov. 29, 2021.

The centerpiece of the exhibition is a series of portraits of Bunmu (renowned military) meritorious officials from the Joseon dynasty (1392–1910) initially commissioned in 1728 by King Yeongjo (reigned 1724–1776) as a reward for quelling an armed rebellion that threatened his young regime. These portraits are incredibly valuable studies that showcase the care, craft, and precision of official Korean portraiture. Under the influence of Confucian ideals, Joseon-dynasty portrait painters aimed to capture their sitters’ personalities with individualized facial expressions—down to astonishing details such as chicken pox scars. Each portrait of Bunmu officials depicts the face of the sitter in all its particularity while adhering to a standardized format. The set of eight drafts in Likeness and Legacy actually date to 1751, when an additional series of portraits of the original sitters was recommissioned. For the Bunmu officials still alive in 1751, this generation gap is reflected in the officials’ advanced age; for those officials who had already passed away, artists based the drafts on the initial 1728 portraits, freezing their “likeness” in time.

“What makes Likeness and Legacy unique is that we move beyond a specific moment in time to pair the traditional draft paintings with a selection of finished portraits on silk as well as contemporary approaches to portraiture by Korean and Korean American artists,” explains Hyonjeong Kim Han, Associate Curator of Korean Art at the Asian Art Museum. “This allows visitors to understand how the role of portraiture has evolved in establishing identity and legacy, and to see how portraits navigate the shifting boundaries between the individual and the collective, especially in the larger context of Korean culture and recent history.”

Conserved and treated in 2012, the draft portraits of Bunmu meritorious officials are indeed far more than preparation sketches: the draft portraits are themselves highly refined works of art. They are revealing not only about Joseon-era portraiture but also illustrate artistic processes and experiments. For example, the works—all drawn from the museum’s collection—show reverse painting, a technique also used in the final portraits, in which infill colors were painted on the back of the paper.

When completed, one copy of the painting was kept at a court while other copies were sent to the officials’ families. They were taken out for royal ceremonies or family rituals focusing on the Confucian practice of ancestor worship.

The emphasis on family and tradition is subtly reflected and commented upon via contemporary artworks in Likeness and Legacy. Bridging the Joseon-era and modern Korea, a matching set of full-length portraits from 1925 by Chae Yongsin (1850–1941), on loan from Amorepacific Museum of Art in Seoul, depicts a patriarch and matriarch from the Japanese colonial period (1910–1945) with a naturalism that points to a broader cultural shift.

Nearby are photographic prints from the world-renowned Do Ho Suh (b. 1962). Suh comments upon the pressures of conformity in High School Uni-Face: Boy and High School Uni-Face: Girl (1997), layered composites of student portraits taken from yearbooks in the decade before strict dress codes were relaxed. In his sculpture Uni-Form/s: Self-Portraits/s: My 39 Years (2006) Suh also moves beyond the conventional emphasis on the face in portraiture, arranging replicas of his own uniforms worn from kindergarten to his mandatory military service—an expression of his self in relation to a group identity pre-determined by an exacting social system and shaped by shared experience.

Importantly, Likeness and Legacy features a variety of mixed media and painting works from the self-taught Yun Suknam (b. 1939), who has been a formative presence in Korea’s art scene since the 1980s. A pioneering figure, whose explicitly feminist output addresses the history and cultural contributions of women, Yun reconfigures discarded or found objects and weathered wood to build up multi-dimensional portrayals of those similarly “abandoned” by history or society. Here, Yun has crafted images of the 16th-century female poets Heo Nanseolheon (1563–1589) and Yi Maechang (1573–1610), who did not leave behind official portraits. Yun instead has imagined their appearances, creating intimate renderings that project the inner power of these no-longer forgotten women.

“In 1989, we were the first in the U.S. to appoint a curator dedicated to studying and presenting Korean art and culture,” says Jay Xu, Barbara Bass Bakar Director and CEO of the Asian Art Museum. “Likeness and Legacy continues our pathbreaking in this area, offering visitors a glimpse into the rich artistic patrimony of the Korean Peninsula, while also opening up room for a highly critical conversation about self and society, about who is valued and why—questions that are more relevant now than ever.”

There will be a scholarly symposium on Sep. 11, organized in conjunction with the exhibition featuring presentations of original research. A conversation between two participating artists, Ahree Lee and Yun Suknam, will take place on Oct. 7, and an additional program highlighting conservation will occur on Nov. 2. Please check the museum website for further details, including times, registration for on-site tickets, and streaming options.

Likeness and Legacy in Korean Portraiture is organized by the Asian Art Museum of San Francisco. Lead support is provided through a gift in memory of Suno Kay Osterweis. Presentation is made possible with the generous support of The Korea Foundation and Sulwhasoo. Additional support is provided by Hagen Choi.