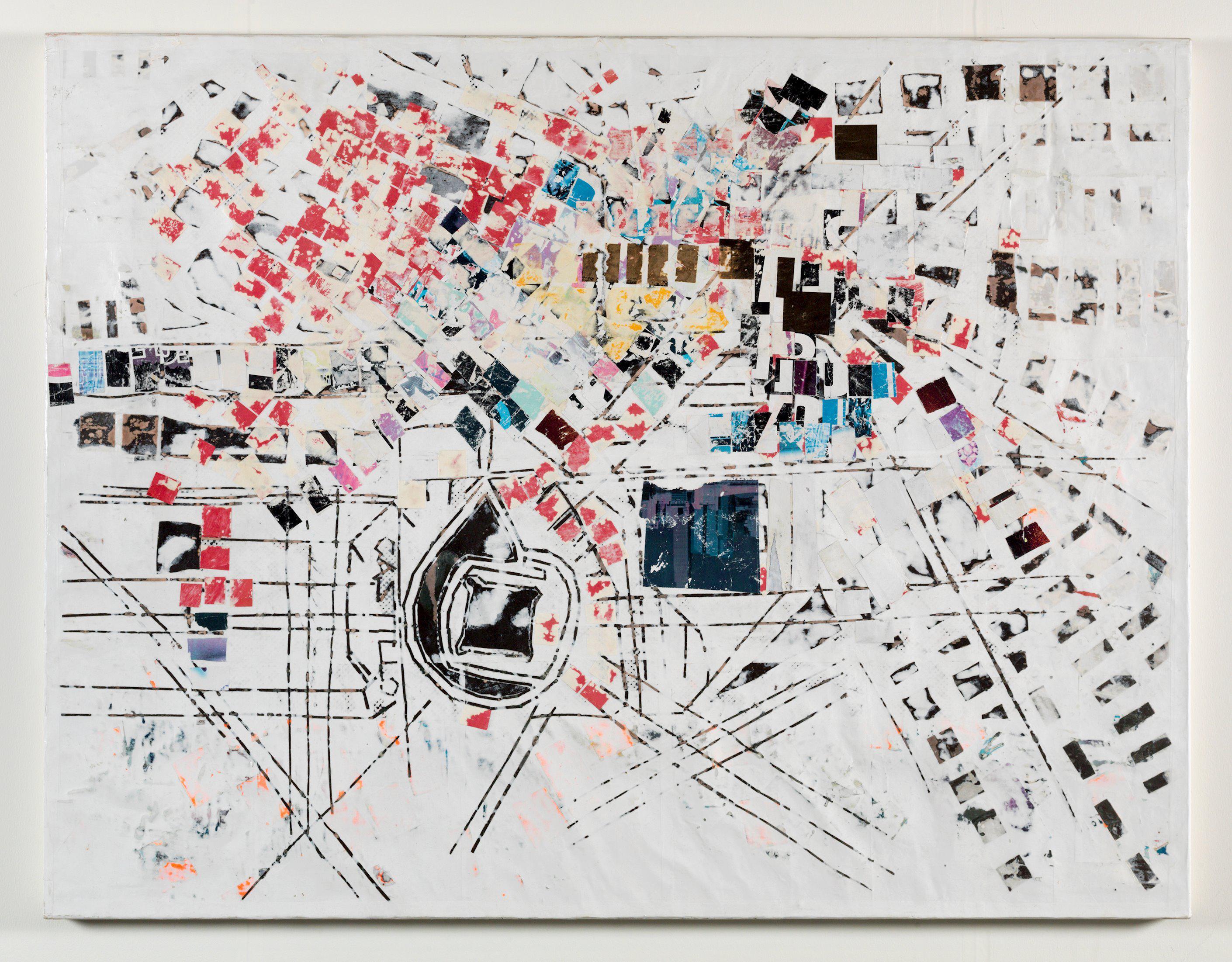 New York, NY: TEFAF New York Spring 2019 ran from May 3rd to 7th, with a Preview Day on Thursday the 2nd of May, dazzling visitors with an unparalleled collection of contemporary and modern art and design from 93 blue-chip, specialist dealers. The Spring Fair, which has developed a distinguished reputation among collectors in three short years, enjoyed record crowds from around the world and impressive multi-million sales throughout its run. While sales spanned eras and disciplines, the spotlight shone notably on work by both major modern and contemporary artists.

Among the galleries to showcase work by a particular artist was new exhibitor, Kamel Mennour (Booth 314), which sold four works by Bertrand Lavier (b. 1949), an artist best known for exploring and expanding the relationship between painting and sculpture. Purchased works include three acrylic paintings titled Walt Disney Productions (2019), Nobilis no2 (2019), and Ramlösa (2013), and a colorful acrylic painted Steinway piano titled Erard (2018). Also new to the Fair this year, Sprüth Magers (Booth 335) sold Untitled (WE ARE PUBLIC ENEMY NUMBER ONE), a 1984 piece by Barbara Kruger (b. 1945) for an asking price of $650,000.

Sales at Almine Rech (Booth 322) included two cast polyester resin sculptures by American sculptor, De Wain Valentine (b.1936) for between $100,000-200,000 and a large-scale painting using acrylic and fabric on paper entitled The Swimmers (2019) by French artist, Claire Tabouret (b.1981).

New York gallery Sean Kelly (Booth 363), a dealership that prides itself on unconventional exhibitions, stood out with Seismography of the Soul, a display of glowing neon eyes by French artist Laurent Grasso (b.1972) at the entryway of its booth. Inside, the gallery sold a sculptural work mounted on the wall made with ‘energy instilling’ rose quartz by Marina Abramović (b. 1946) for $33,500, a monochrome work on paper by British Surrealist artist, Stella Snead (1910-2006) for $22,300, a black and white ink on paper work by Minoru Onoda (1937-2008) for $16,700, and a found photograph with ink by Belgian artist, Kris Martin (b. 1972) for $14,500.

David Zwirner (Booth 347) sold the majority of a group of ten works on paper from the 1930s by Paul Klee (1879–1940) to various American collectors, some of whom were adding their first Klee pieces to their collections. These late works came from the Klee family and had rarely been seen until this Fair.

Dickinson (Booth 208) sold several pieces from its exhibition “Beauty, Shared: A Collector’s Vision,” which featured works from a single, unnamed collector, including Natura morta by Giorgio Morandi (1890-1964) and Sea and tide by Adolph Gottlieb (1903-1974).

Viewed alongside contemporary artists, modern masters, and high design were prominent galleries specializing in classical antiquities and ethnographic art. These displays highlighted the complementary aesthetic between modern and ancient art and shed light on how these older pieces continue to inspire artists’ design. Bernard Dulon (Booth 321), a gallery specializing in the art of historic African societies, notably donated a work to the Metropolitan Museum of Art.

About TEFAF New York
TEFAF New York was founded in early 2016 to host two annual art fairs in New York at the Park Avenue Armory, TEFAF New York Fall and TEFAF New York Spring. Each Fair features around 90 leading exhibitors from the around the globe. Tom Postma Design, celebrated for its innovative work with leading museums, galleries, and art fairs, has developed designs for the Fairs that interplay with the spectacular spaces while giving them a lighter, contemporary look and feel. Exhibitor stands will flow throughout the Armory’s landmark building encompassing the Wade Thompson Drill Hall and extending to both the first and second floors of the Armory’s period rooms, creating a Fair of unprecedented depth and impact in New York City.