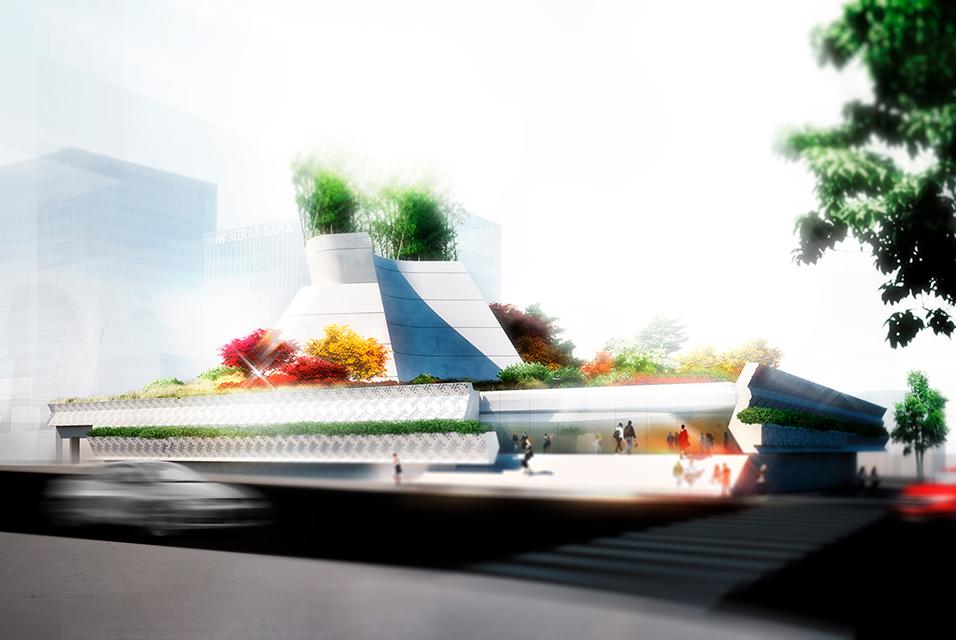 View of the museum’s entry, at the corner of 6th Street and Vermont Avenue in Los Angeles’ Koreatown neighborhood.

Los Angeles, CA - The new design for the Korean American National Museum was unveiled today at an event held at the institution's future site. Attended by state representatives Assemblymember Miguel Santiago, Senator Holly Mitchell, Senator Maria Elena Durazo, Assemblywoman Sharon Quirk-Silva, and City Council President Herb Wesson, the public event celebrates $4M in funding awarded to the museum by the State of California to help support the creation of the museum. Architectural models and renderings for the building were presented by members of the architectural team from Los Angeles- based Morphosis Architects. Jae Min Chang, Board Vice Chair for the Korean American National Museum says, "This museum will stand as a vital institution for the millions of Korean Americans who have made this country their home. We appreciate the State’s recognition of the value of this museum to our community and are grateful for the support shown by our State and local representatives.” 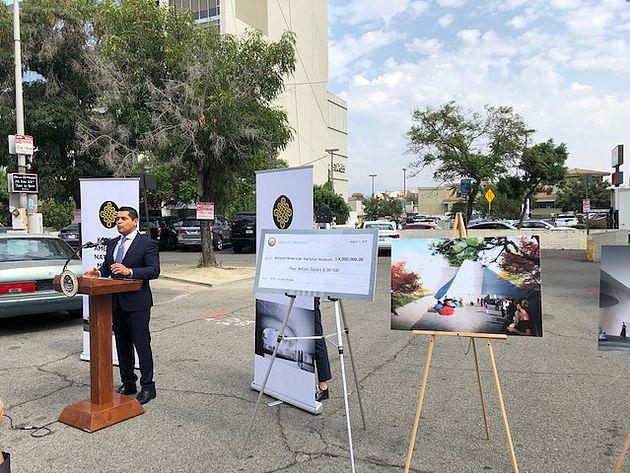 The project establishes a permanent home for the museum, which was founded in 1991 as the first institution devoted to preserving, studying, and presenting the Korean American community's cultural heritage in Los Angeles. Over the past three decades, the Korean American National Museum has parnered with other museums, universities, and cultural centers  to produce exhibitions and events exploring the Korean American experience. Disussions of creating a permanent home for the institution began in 2000; over the past few years, plans have solidified as the museum board has worked with the City Council and community members to select a site and develop a program in line with their mission.The location of the museum was chosen for its significance to past and future Korean Americans; the site is at the heart of Los Angeles' Koreatown district and the epicenter of the Korean American immigrant story. The new building contributes much-needed greenery, public space, and cultural programming to this fast-developing urban community, as a dedicated platform for events, lectures, performances, and exhibitions.