Keith Haring Mural in Amsterdam to be Preserved 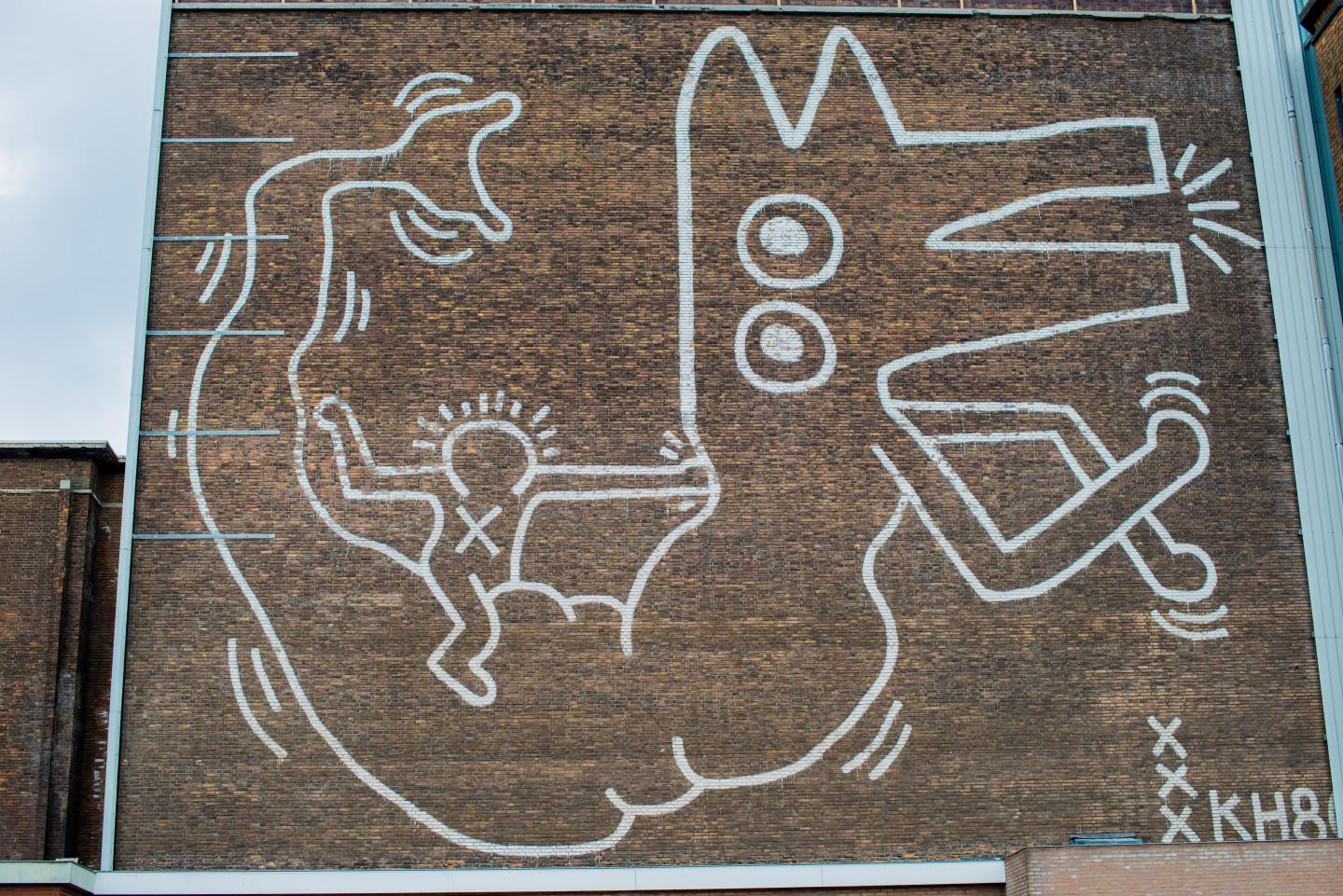 The mural by Keith Haring at the Foodcenter in Amsterdam-West will be restored next year. Haring painted the work in 1986, eight years later it disappeared behind a metal facade. During the rediscovery in 2018 the wall painting turned out to be in a reasonable condition. Experts established that restoration was necessary to preserve the work for the future. That is why a restoration plan was drawn up this year and a number of parties involved agreed on the funding. The Keith Haring Foundation, the municipality of Amsterdam, and project developer Marktkwartier (collaboration between VolkerWessels Vastgoed and Ballast Nedam Development) each contribute one third to the total costs of approximately € 180,000. The Stedelijk Museum Amsterdam is closely involved as an advisor and one of the initiators of the restoration.

The American artist and activist Keith Haring (1958 - 1990) started drawing graffiti in the New York metro in 1980. After joining the Tony Shafrazi Gallery, interest in his work increased worldwide. However, he did not only want to exhibit in elite museums, and made his work accessible to everyone through the sale of merchandise such as T-shirts and buttons. The themes in Haring's work include war, racism, drugs, and AIDS, and have continued to remain topical. 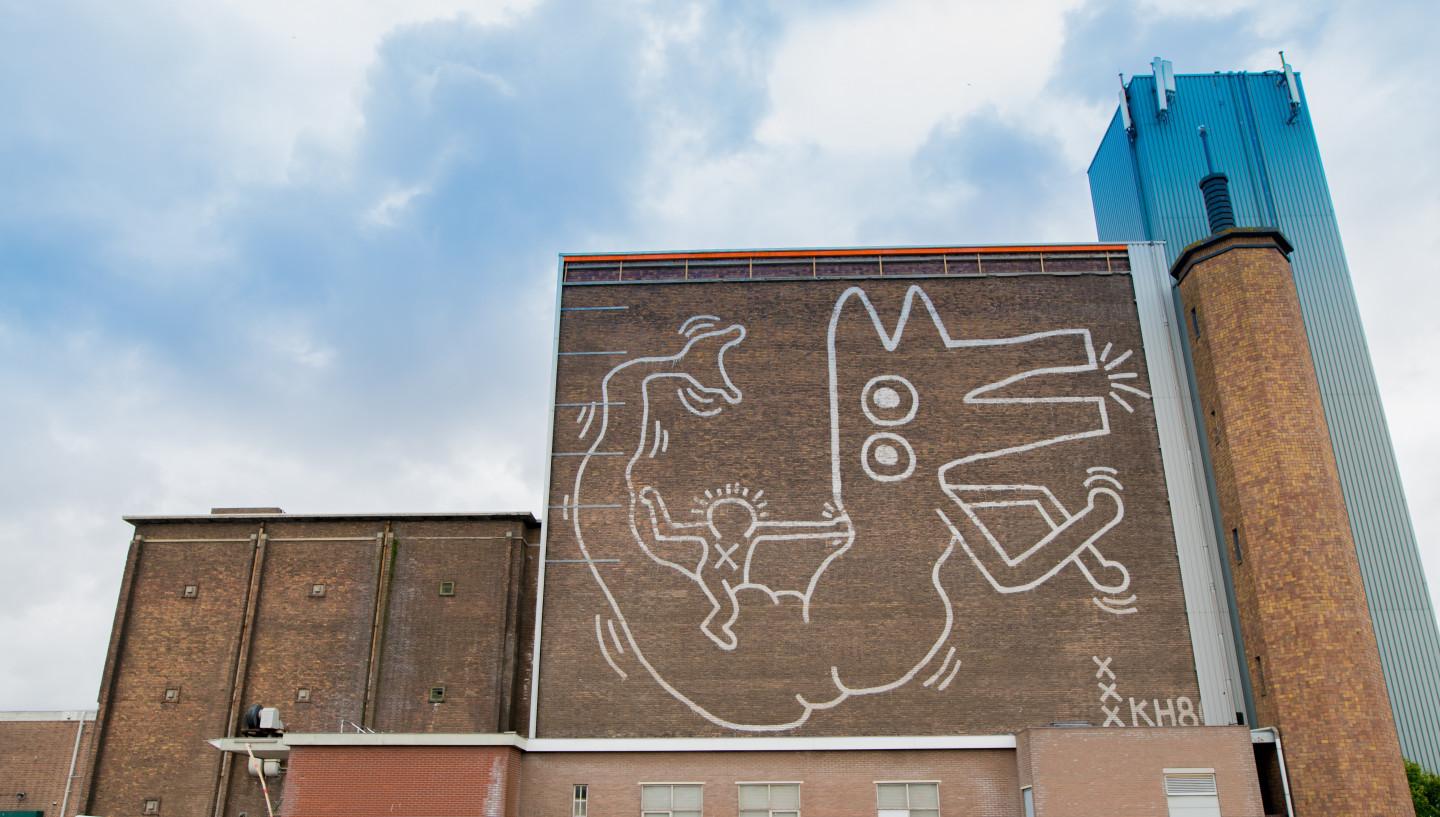 In 1986, Haring held his first solo museum exhibition at the Stedelijk Museum Amsterdam. As he said about it: “... because it's a major museum in Amsterdam, the show had phenomenal attendance. For me, it was an overwhelming experience, showing at the Stedelijk Museum. I felt I had really accomplished something.” It was especially notable that during this period Haring also actively produced work outside the museum, throughout the city. He took to the streets with young graffiti artists, and painted the wall of the museum depot at that time, on the grounds of the Central Market Hall in one day. This mural of a mythical animal is Haring’s second largest preserved mural in the public space of Europe and consists of one thick, white line. The size is approximately 12 by 15 meters. To improve the climate inside the depot, a metal screen was installed on the wall in 1994, which made the artwork disappear from view. After almost twenty-five years it was unveiled in 2018.

Due to the weather conditions, the restoration will start in April 2020 and will take approximately six weeks. The restoration will be carried out by an international team led by art conservators Will Shank and Antonio Rava. Shank and Rava also restored murals by Haring in Pisa and Paris. After the restoration, a protective coating will seal the painting against weather influences, so that the artwork is preserved for future generations. Marktkwartier and the municipality of Amsterdam are looking for ways to enhance the visibility of the mural after redevelopment of the area.