Hyperrealistic Paintings for the Selfie Age 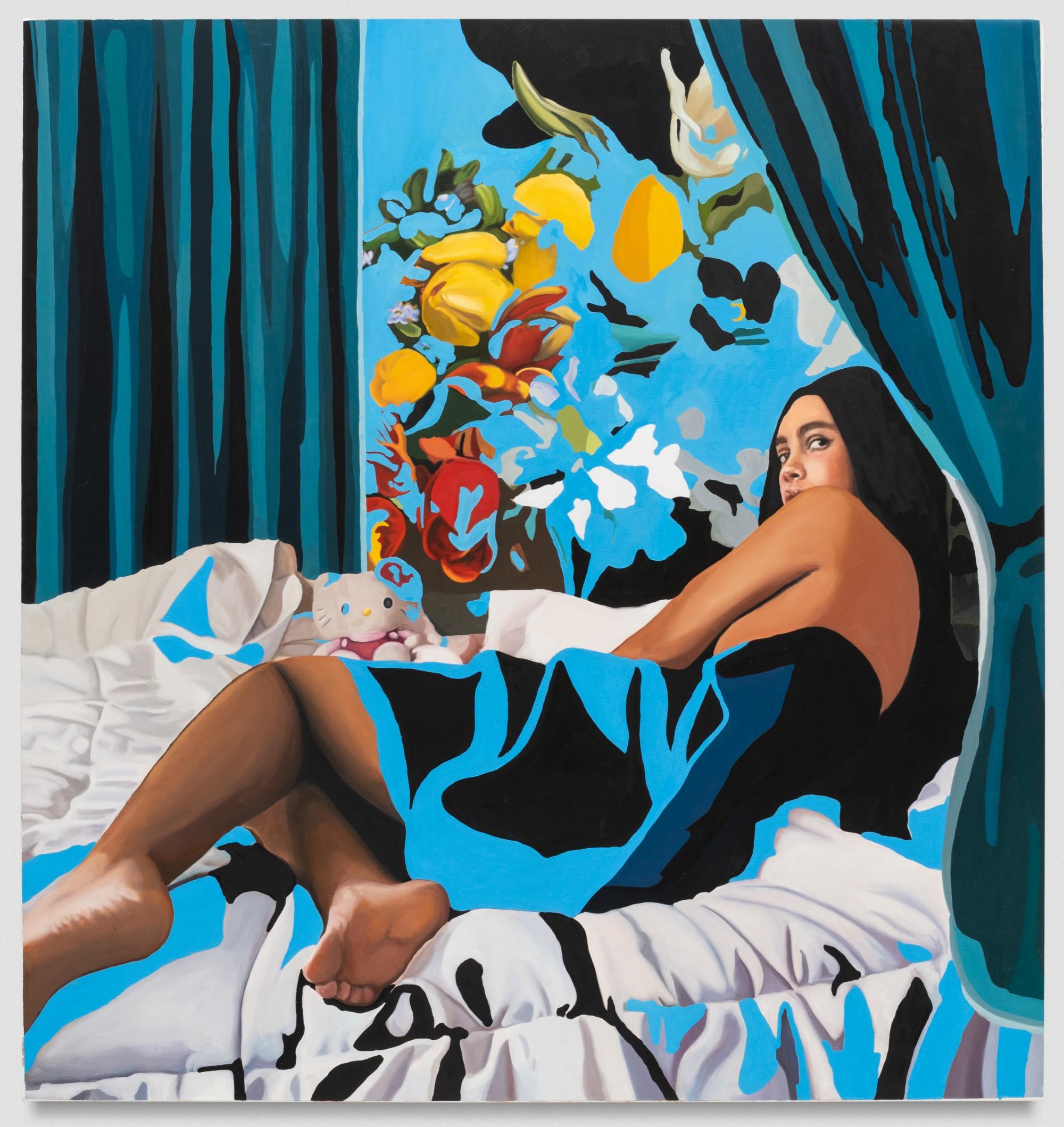 Los Angeles – PARISTEXASLA is pleased to announce Interior/ Exterior, the first solo exhibition by Brooklyn-based artist Darryl Westly. Inspired by internet culture and ever-shifting ‘ways of seeing’ Westly’s hyperrealistic oil on canvas works meditate on the newest lens through which representation and identity are presented.

In Interior/ Exterior disrupted space, disjointed landscapes, and pixelated environments inform Darryl Westly’s unique painting style as he examines culture and ethnicity as seen through our hand-held screens. Using a signature layered aesthetic, Westly melds the mental and the physical, historical elements and present-day tropes, reality and performance of the self; all boundaries become blurred. 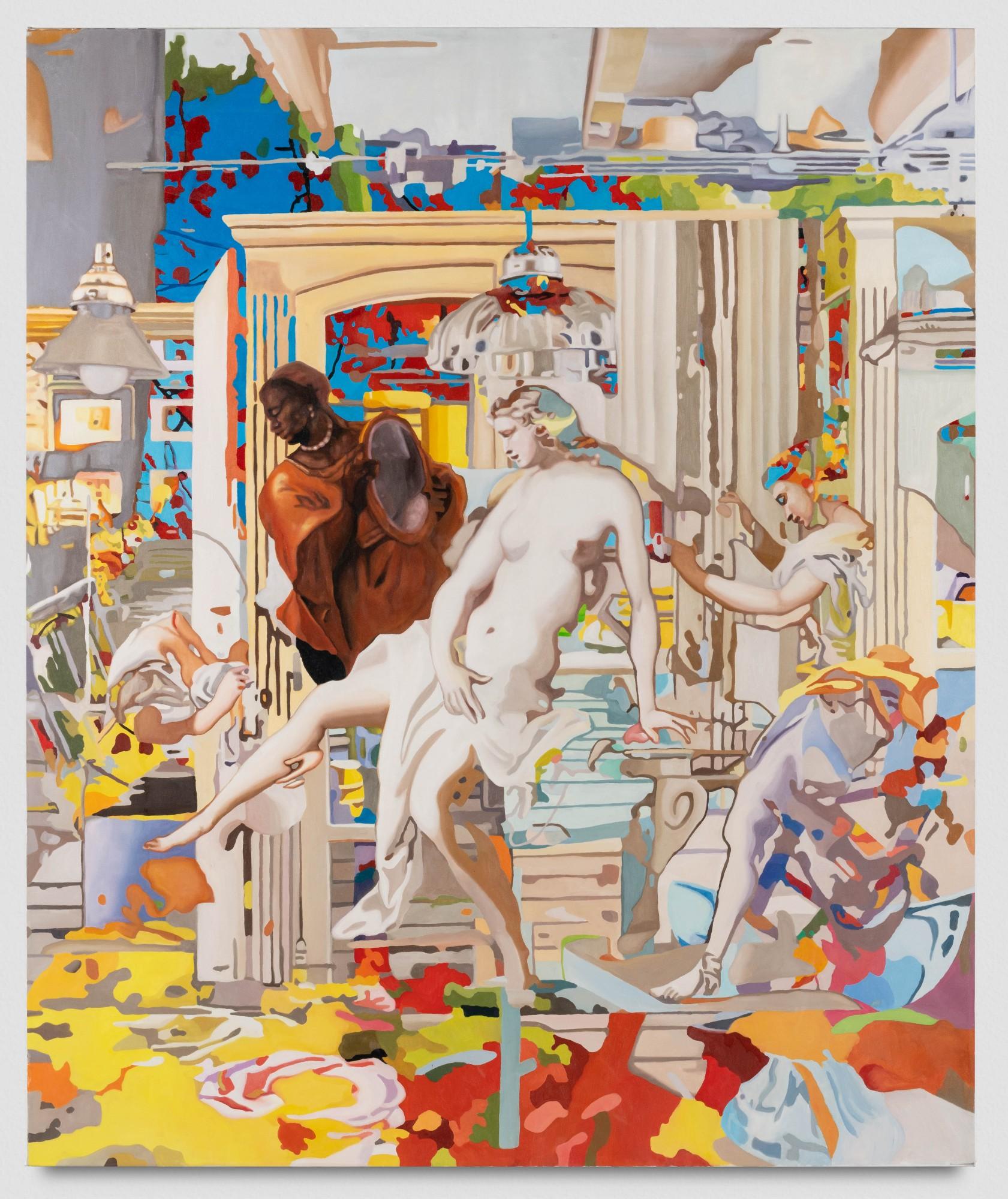 Up close, his large-scale paintings appear to be an abstraction of colorful liquescent shapes. However, on closer examination, the forms assemble into recognizable moments in history, absorbed into contemporary scenes of idealistic “pics” referencing selfie and FOMO culture. As the line between reality and fiction becomes thinner, Westly wants us to embrace the mess and grow to love and understand a new found ambivalence. 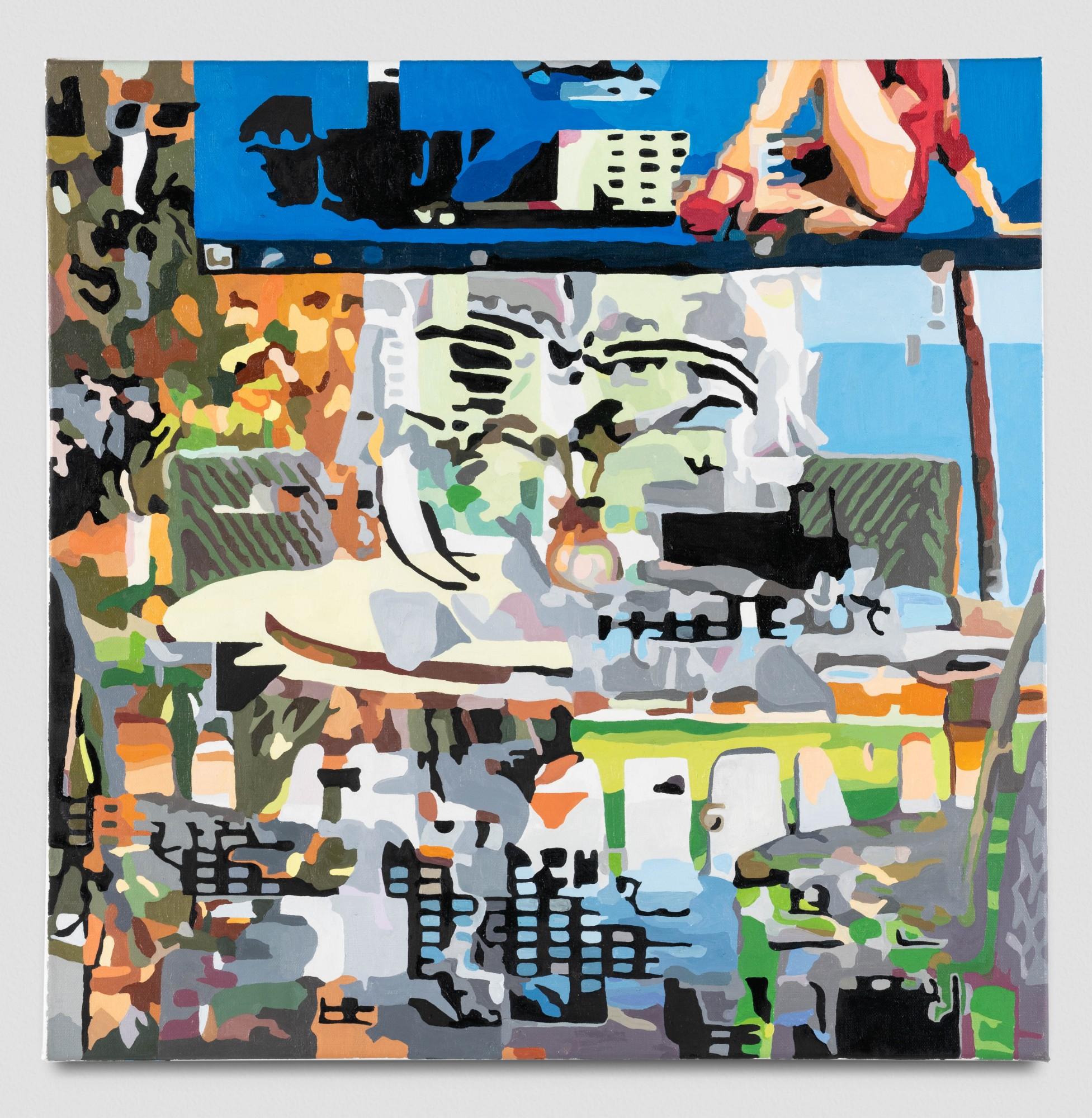 “Westly's work alludes to a mental space, most likely on a screen reflecting back at you, which compounds into a physical space, such as a list of handwritten hashtags or an intimate selfie snapped in some exotic bathroom beyond. That place between one’s mind and body is the vortex of the show.”  Hilde Lynn Helphenstein, Director,  PARISTEXASLA

About the Artist:
Darryl Westly (b. 1989 Chicago, IL) lives and works in Brooklyn, New York. He received his BFA from the Cooper Union in 2014 and previously completed the Pratt Institute Sculpture Program. After graduating, Westly was recruited to work as a finish painter under artist Jeff Koons. In 2016, he participated in the Beirut Art Residency Program. He has been included in notable group exhibitions including Vanquishing Ocular curated by David Salle and Nicole Wittenberg at East Hampton’s Rental Gallery, Ways To Die by The Bruce High Quality Foundation, has exhibited as part of the Watermill Gala’s Annual Benefit, and has shown with the Nars Foundation in New York. Currently, he paints full-time and exhibits his work internationally. His studio is in Industry City, Brooklyn.