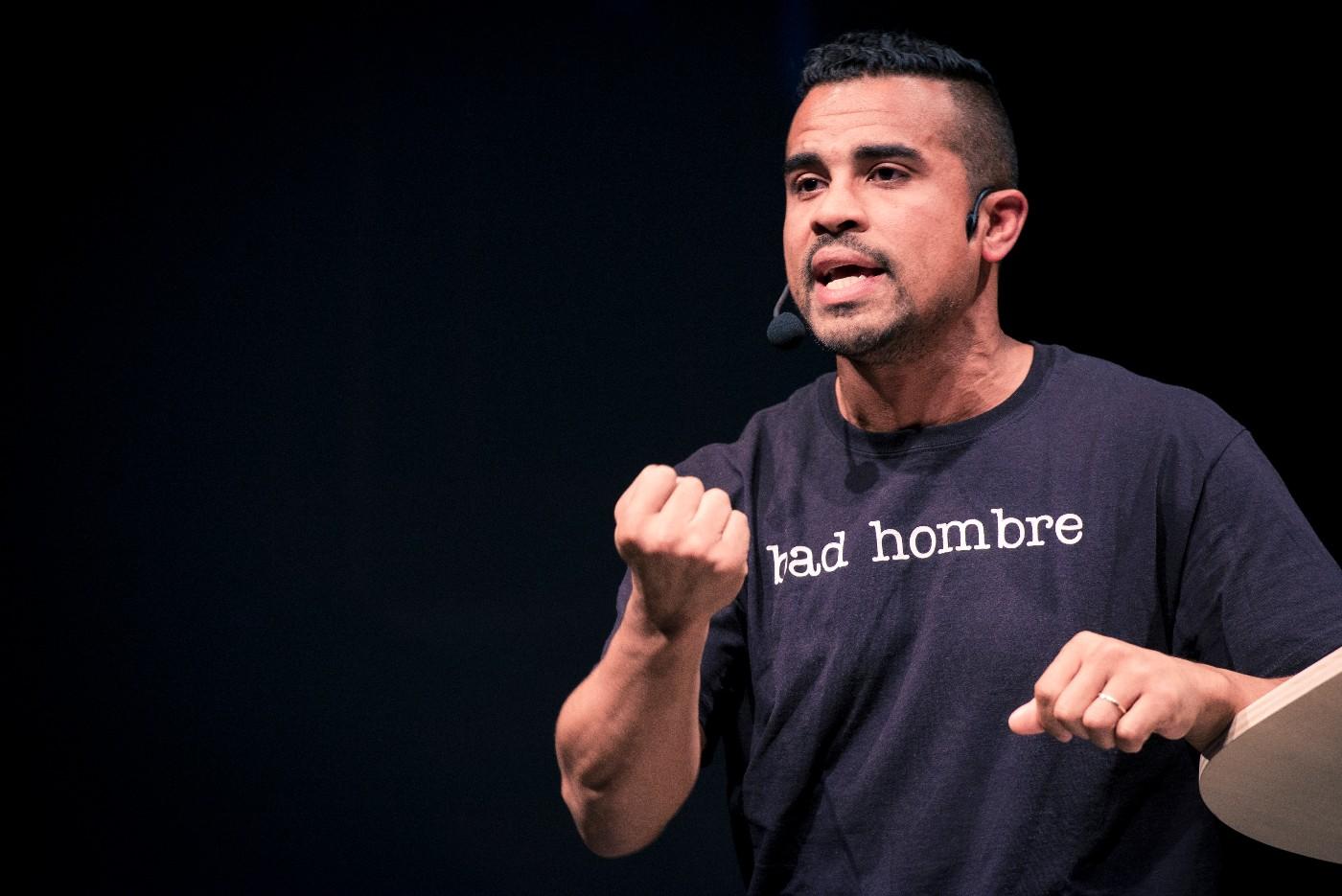 The Guggenheim Museum hosts the premiere performance of "Primitive Games," a new work by artist Shaun Leonardo, on June 21, 2018. Commissioned as part of the Guggenheim Social Practice initiative, Primitive Games is followed on June 22 by a symposium investigating how artists and organizations can come together to forge unexpected and revelatory experiences for the public.

Shaun Leonardo: "Primitive Games"
June 21, 2018, 7 pm
Solomon R. Guggenheim Museum
In "Primitive Games," Shaun Leonardo asks, “What might happen when four seemingly divided groups are invited to debate one another without using words?” Loosely based on the Renaissance-era Italian sport calcio storico, this live performance culminates a series of movement-based workshops led by Leonardo and involving four communities, each with a unique relationship to a single social issue. For an hour, the museum’s rotunda is transformed into an arena for a sport-like competition generated by and bringing together workshop participants. By witnessing the dynamics of these groups against the backdrop of an increasingly divisive national political climate, performers and audience members alike are given an opportunity to reconsider their own place within the debates pervading society today.

Tickets: $7, $5 members, $5 students. A special combination ticket for both "Primitive Games" and the Guggenheim Social Practice symposium is available for $15 (general public) or $10 (members and students). For more information, visit guggenheim.org/calendar.

Symposium: Imagining the Social in Artistic and Museum Practices
Friday, June 22, 4 pm
This symposium gathers practitioners of socially engaged art to consider how museums and other organizations can play a role in supporting and responding to this field. One day after the premiere of "Primitive Games," artist Shaun Leonardo leads a discussion with select performance participants who reflect on their experience working on his project. Elizabeth M. Grady, independent curator and former Director of Programs, A Blade of Grass, moderates a panel with artists Brett Cook, Pepón Osorio, and Jackie Sumell about institutional partnerships. Lisa Dent, independent curator and producer, delivers the keynote address, Restructuring. This symposium also serves as the launch of a new Guggenheim publication commemorating the inaugural commissions organized through the Guggenheim Social Practice initiative, which were a project by Marc Bamuthi Joseph and collaboration by Lenka Clayton and Jon Rubin.

Tickets: $10, $7 members and students. A special combination ticket for both "Primitive Games" and the Guggenheim Social Practice symposium is available for $15 (general public) or $10 (members and students). For more information, visit guggenheim.org/calendar.

Launched in 2015 with the Edmond de Rothschild Foundations, Guggenheim Social Practice considers the ways in which artists and the museum can partner to expand community engagement. The current commission is part of an unprecedented $6 million program—inaugurated by the William R. Kenan, Jr. Charitable Trust, The Metropolitan Museum of Art, New York University, and 19 New York City organizations—to pioneer new ways for arts-based organizations to be positive, relevant, and inspiring forces in the daily lives of diverse communities.