Grief and Grievance: Art and Mourning in America 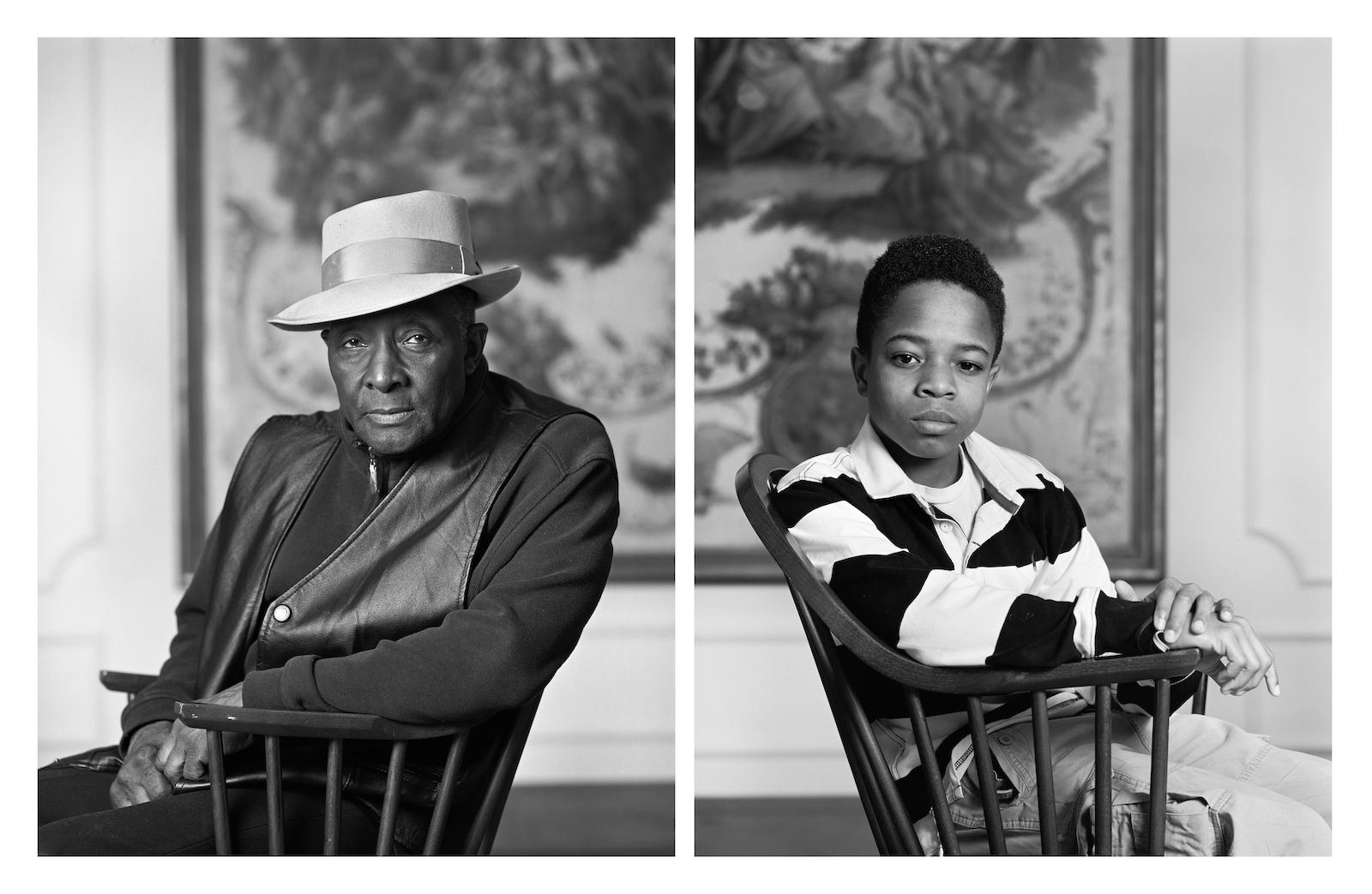 NEW YORK, NY - The New Museum is proud to present Grief and Grievance: Art and Mourning in America, an exhibition originally conceived by Okwui Enwezor (1963-2019) for the New Museum, and presented with curatorial support from advisors Naomi Beckwith, Massimiliano Gioni, Glenn Ligon, and Mark Nash. On view from January 27 to June 6, 2021, Grief and Grievance will be an intergenerational exhibition, bringing together thirty-seven artists working in a variety of mediums who have addressed the concept of mourning, commemoration, and loss as a direct response to the national emergency of racist violence experienced by Black communities across America. The exhibition further considers the intertwined phenomena of Black grief and a politically orchestrated white grievance, as each structures and defines contemporary American social and political life. Included in Grief and Grievance are works encompassing video, painting, sculpture, installation, photography, sound, and performance made in the last decade, along with several key historical works and a series of new commissions created in response to the concept of the exhibition. 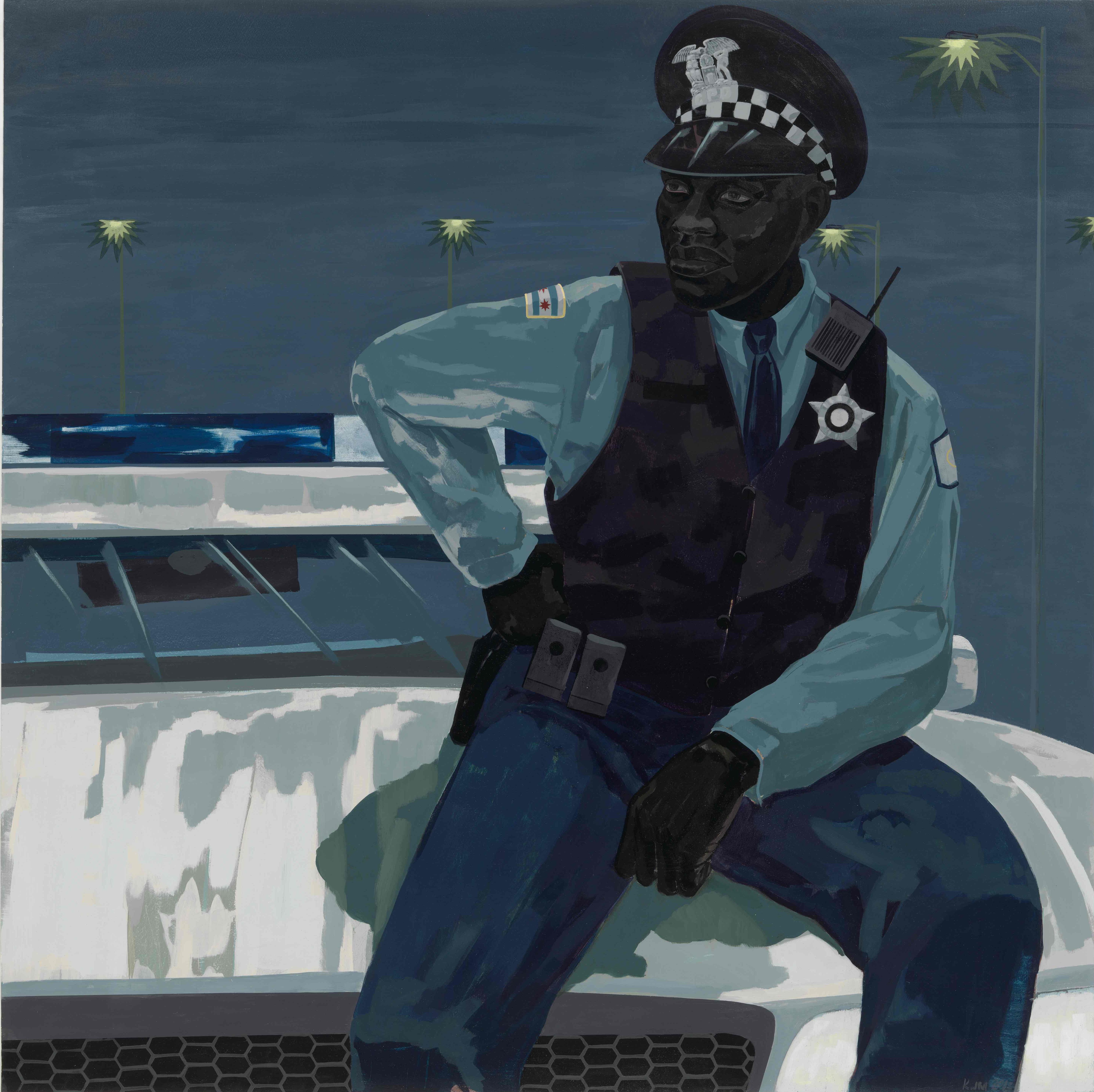 In 2018, the New Museum invited Okwui Enwezor to organize Grief and Grievance: Art and Mourning in America. Around that time, Enwezor was also developing a series of public talks for the Alain LeRoy Locke Lectures at Harvard University focused on the intersection of Black mourning and white nationalism in American life as articulated in the work of contemporary Black American artists. The argument put forth in this series–which he unfortunately was unable to deliver–informed the ideas Enwezor would use as the basis for Grief and Grievance. Between the fall of 2018 and March 2019, Enwezor tirelessly worked on Grief and Grievance, drafting his thesis for the exhibition, compiling lists of artists and artworks, selecting the catalogue contributors, and speaking with many of the invited artists. In January 2019, Enwezor asked the artist Glenn Ligon to serve as an advisor to the exhibition. Given the advanced state of planning and the importance of the exhibition, following Enwezor’s death on March 15, 2019, and with the support of his estate and of many of his friends and collaborators, the New Museum established an advisory team, comprised of longtime collaborators and friends of Enwezor including Glenn Ligon; Mark Nash, Professor at the University of California in Santa Cruz, and co-curator of many of Enwezor’s projects, including The Short Century and Documenta 11; and Naomi Beckwith, the Manilow Senior Curator of the Museum of Contemporary Art in Chicago, whom Enwezor had chosen as one of the jurors of his 2015 Venice Biennale. With the assistance of Massimiliano Gioni, Edlis Neeson Artistic Director at the New Museum, this curatorial advisory group worked together to realize and interpret Enwezor’s vision for Grief and Grievance. The curatorial advisors and the New Museum also see this exhibition as a tribute to Enwezor’s work and legacy.

Since he began work on the project, Enwezor had expressed a desire to open the exhibition in proximity to the American presidential election, as a powerful response to a crisis in American democracy and as a clear indictment of Donald Trump’s racist politics. Although the COVID-19 pandemic has delayed the opening of the exhibition, the works included in the exhibition speak powerfully to America’s past, present, and future.

Enwezor saw Grief and Grievance as one of his most personal projects, and one of his most political. Within Grief and Grievance mourning can be seen as a distinct form of politics, one that refuses a singular melancholy in favor of multifaceted forms of critique, resistance, and care. As Enwezor wrote in his initial narrative for the exhibition, “with the media’s normalization of white nationalism, the last two years have made clear that there is a new urgency to assess the role that artists, through works of art, have played to illuminate the searing contours of the American body politic.” In Enwezor’s view, the works in this exhibition help illustrate the idea that mourning is a practice that permeates the social, economic, and emotional realities of Black life in America as it is experienced across the country by multiple generations of individuals, families, and communities. 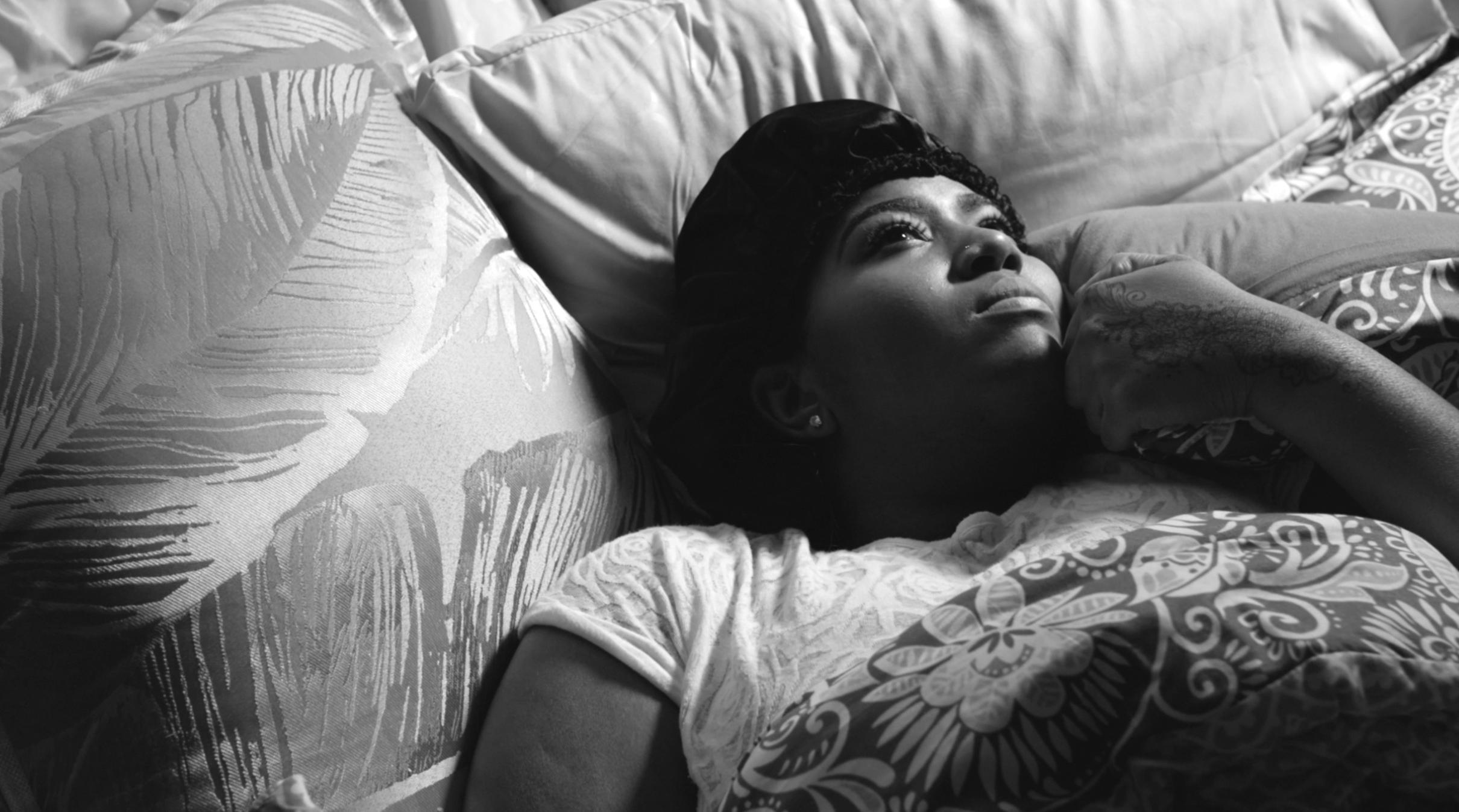 Lisa Phillips, Toby Devan Lewis Director, New Museum, states: “Grief and Grievance: Art and Mourning in America is a tribute to Okwui Enwezor’s courage, relentless focus, and fierce intelligence as a giant in our field and one of the most important curators of his generation. His presence remains vivid, as does his legacy to transform the history of art and exhibition-making. We are honored that Okwui embraced our invitation to present his exhibition at the New Museum, which confronts the uncomfortable truths and ongoing pain of racial injustice in America. On the eve of a presidential election where the stakes have never been higher, Okwui's vision and the voices of the artists selected for this exhibition could not be more relevant.”

Comprising all three main exhibition floors of the New Museum, as well as the Lobby gallery and public spaces, the works included in the exhibition represent cross-disciplinary approaches that incorporate methods of documentary film and photography, experimental filmmaking, performance, and social engagement alongside traditional artistic mediums like painting, drawing, and sculpture. The exhibition comprises diverse examples of artists exploring American history from the civil rights movement of the 1960s to issues of police violence in the United States in the 1990s and today. These works thoughtfully reflect upon what catalogue contributor Saidiya Hartman characterizes as “the afterlife of slavery,” as many of the participating artists reflect on the intersection of historical memory and the social and political realities of the present.

Although the overlapping themes of the exhibition are woven throughout the exhibition, each gallery floor builds off one of three historical cornerstones that link the experience of mourning to moments of political action and engagement across American history: Jack Whitten’s Birmingham (1964), Daniel LaRue Johnson’s Freedom Now, Number 1 (1963–64), and Jean-Michel Basquiat’s Procession (1986). The presence of performance and music as spaces for community mourning and remembrance, as seen in the works of artists and performers including Rashid Johnson, Okwui Okpokwasili, and Tyshawn Sorey has also been vital to the conception of the exhibition. 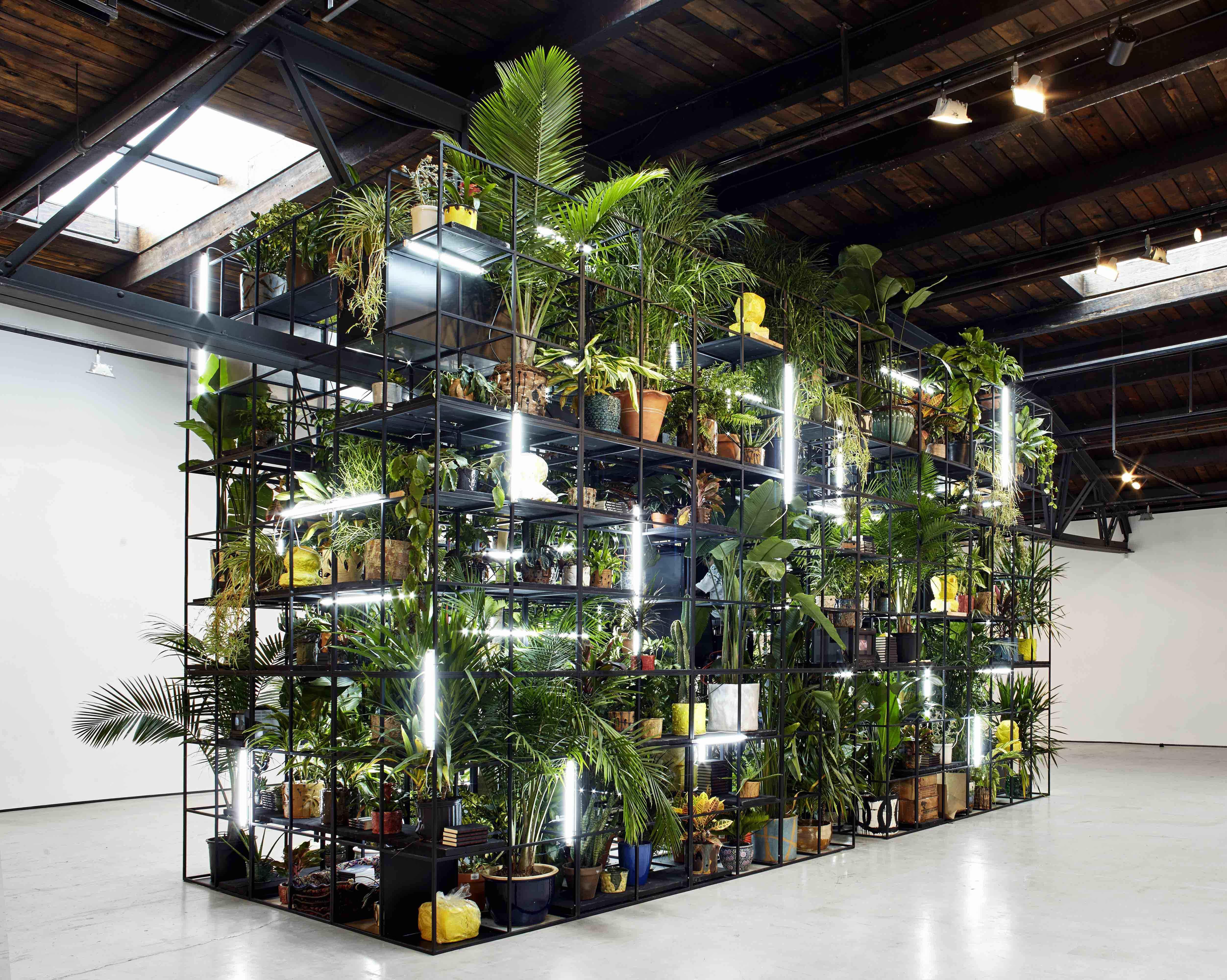 Another key theme visible throughout the exhibition is the use of abstraction as a strategy for confronting or mediating moments of historical violence or social upheaval, as in the contributions of artists such as Mark Bradford, Ellen Gallagher, Jennie C. Jones, and Julie Mehretu. In the wake of the Black Lives Matter movement, intensified discussions about the circulation of images of racial violence, death, and mourning in the digital age have also figured into the work of younger artists across a variety of forms. Many artists working today have built upon a tradition of confronting media representations of institutional violence and commensurate protest movements.

Contextualizing the work of contemporary artists within an important legacy of political and aesthetic strategies which have defined the history of art and representation in America for decades, the exhibition stands as proof that many of the concerns driving the current debates around race, discrimination, and violence in America had been left unconfronted for far too long. As Enwezor suggested, Black grief has been a national emergency for many years now, and many artists have consistently addressed it in their work. 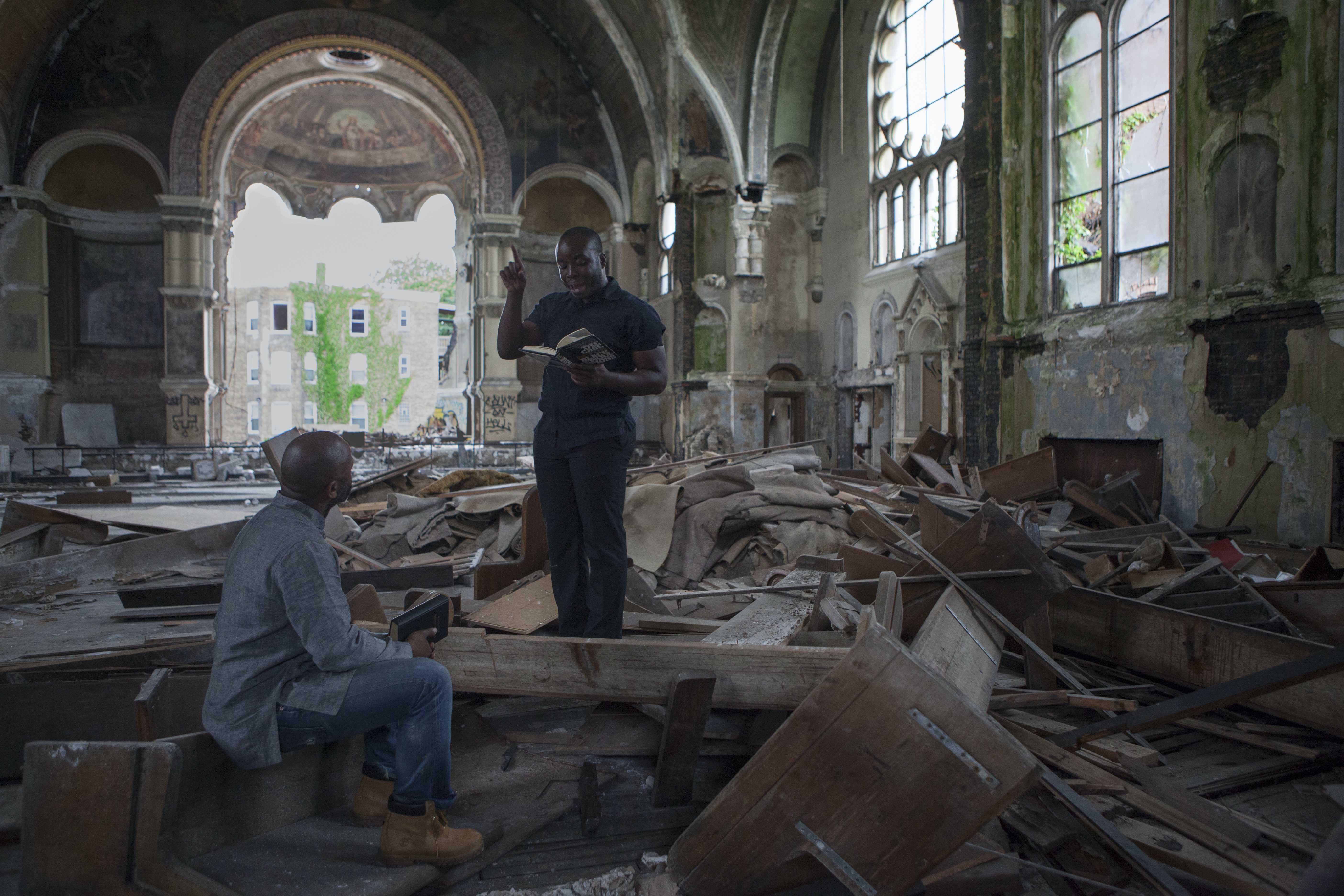 To respect Enwezor’s wishes for the exhibition to coincide with the 2020 US presidential election, the exhibition catalogue published with Phaidon has been released ahead of the exhibition opening, in fall 2020, and includes contributions from Elizabeth Alexander, Naomi Beckwith, Judith Butler, Ta-Nehisi Coates, Okwui Enwezor, Massimiliano Gioni, Saidiya Hartman, Juliet Hooker, Glenn Ligon, Mark Nash, Claudia Rankine, and Christina Sharpe. The exhibition catalogue was thoughtfully designed by Polymode—Silas Munro and Brian Johnson.