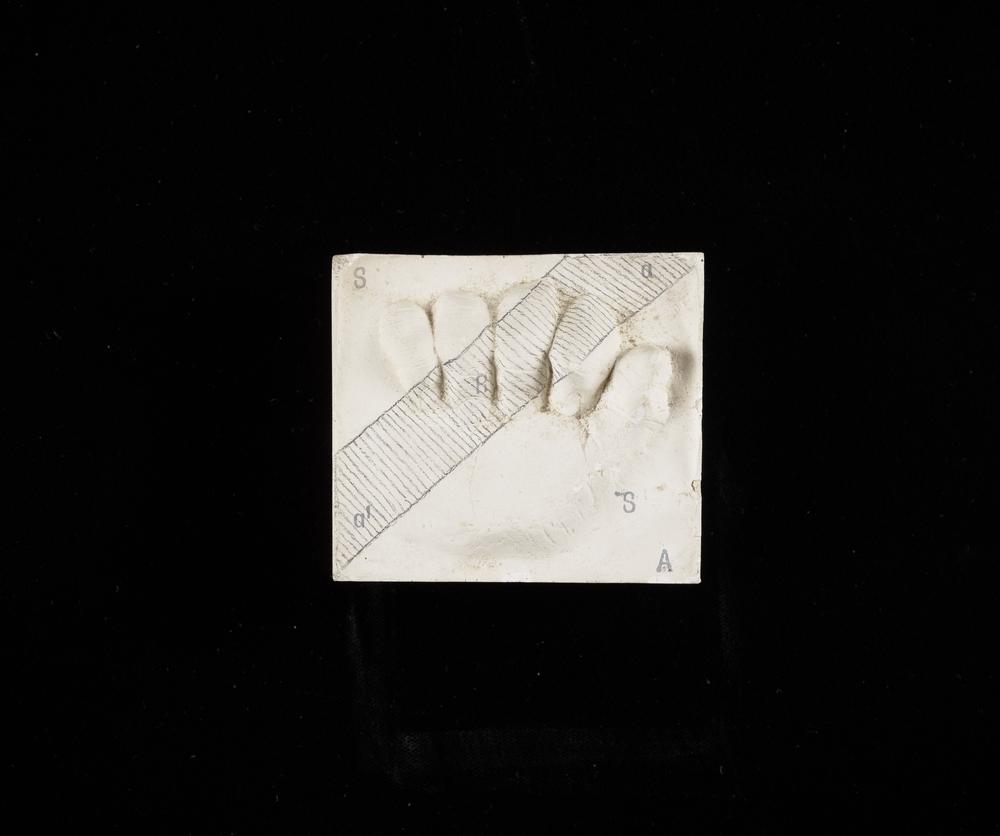 The Mary Kelly Archive, 1968 to 2004 includes extensive documentation of her career, including Post-Partum Document (1973-79)

“Mary Kelly is an exceptionally influential artist whose art, teaching practice and scholarship have shaped the conversation around feminism and conceptualism since the 1960s,” said Thomas W. Gaehtgens, director of the Getty Research Institute. “Her work is singular, seminal and deeply meaningful to generations of artists and scholars. By adding her archive to our already strong collections representing American women artists and conceptual artists, we are bridging contemporary practices in the US and Europe and providing valuable resource to any scholars or artists studying conceptualism, postmodernism, psychoanalytic theory, or feminism. The Getty Research Institute is grateful to Professor Kelly for her generous donation and honored to care for this portion of her rich legacy.”

The archive includes research and production materials, documentation, and ephemera related to her early work, including Post-Partum Document (1973-1979), the defining project of her artistic career as well as a defining work in the history of conceptual art.

The archive also includes Kelly’s collections of Marxist, feminist, and political journals, pamphlets, and flyers collected during her time in London and Beirut. And the archive is rich in research materials related to her film collaborations on prototypes of her works. Audiovisual material in the archive includes all of her early film works, including raw footage, as well as documentation of important events, such as audio reels of the Women’s National Liberation Conference in 1971. Major sections of the archive also include later projects, such as Interim (1984-89) and Gloria Patri (1992).

“Mary Kelly is one of the leading artists from the postmodern era in the 1980s and one of the most influential figures to pursue feminist interventions into artistic practice,” said Glenn Phillips, curator of modern and contemporary art at the Getty Research Institute. “She was also one of the foundational figures to the development of both conceptual art and feminism in Great Britain in the 1970s, a key figure in the transmission of poststructuralist and psychoanalytic theory to artists and arts scholars in the United States, and one of the most important arts educators of her generation. In short, she has been a step ahead of cutting- edge art practices for decades.”

Kelly is an influential educator, famous for her rigorous teaching methods, and the archive includes extensive material relating to her four decades as a teacher. The archive charts the development of her teaching methods through syllabi, classroom and lecture notes, assignments and photographic documentation of performative classroom projects.

“Because my studio practice is project based, involving extensive research that often overlaps with interests in activism and pedagogy, the concept as well as the material form of an archive is central to the way I work,” said Kelly. “The Getty Research Institute’s curatorial vision not only supports this approach, but I believe, will enhance the discursive potential it implies.  I am thrilled to be included in the collection and honored to be part of an on-going collective legacy of such significance.”

Originally trained as a painter, Mary Kelly studied in Italy before moving to Beirut to teach art. Her time in Beirut coincided with Lebanon’s “Golden Age” and exposed her to a strongly Francophone intellectual culture where she studied the psychoanalytic theories of Jacques Lacan as well as radical strands of Marxist theory—ideas that would continue to influence her thinking throughout her entire career.

In 1968 Kelly moved to London to study at St. Martin’s School, where she met the sculptor, Ray Barrie, whom she married and has worked with closely for four decades. Along with fellow students in the Post-Graduate Studies program, she became steeped in debates around conceptual art. She also became involved in student and other political movements, in particular the new wave of feminist activism that was gaining momentum in the U.S. and Europe. Kelly’s artistic practice began to synthesize these diverse interests. Her earliest works following graduate school focused on issues of labor, in particular the effect of the division of labor on the lives of women. At the same time, she pursued an extended critique of conceptual art, particularly the exclusion of personal experience and gendered subjects.

Many of her early 1970s works were part of collective actions. Kelly worked with the Women’s Liberation Workshop and as a member of the Berwick Street Collective she worked on the film Nightcleaners (1972-75) and the installation Women and Work: A Document on the Division of Labour in Industry (1973-75), which took the form of a sociological study of more than 150 female workers at a metal box foundry.

Following the birth of her son in 1973, Kelly began work on Post-Partum Document (1973-1979), a multi-year exploration of the mother-child relationship, in which Kelly applied Lacanian psychoanalytic principles to the study of her own experience of child rearing. Completed over a period of six years, the work was divided into six parts, featuring a total of 135 individual “units” as well as extensive notes and footnotes that were exhibited alongside the work.

This ambitious and influential artwork was first exhibited partially at the ICA London in 1976 where it unexpectedly caused a scandal when tabloid media called out the display of “dirty nappies” in sensational headlines. Other portions of the project were exhibited at the Museum of Modern Art Oxford in 1977 and the Hayward Gallery in 1978. At the time the work was challenged by some critics for its intellectual heft and by some feminist critics who took issue with Kelly’s decision to include no images of mother or child in the work, a tactic that she has largely maintained throughout her practice.

Post-Partum Document was published in book form by Routledge and Kegan Paul, 1982, and republished in 1998 by the University of California Press together with the Generali Foundation, Vienna, where the work was exhibited in its entirety. The complete Post-Partum Document was first shown in the US at the Yale Center for British Art in 1984. By that time, Kelly was already established as one the leading figures in the theoretical school of conceptual art in the 1980s. In 1989 she joined the faculty of the Whitney Museum Independent Study Program. The New Museum presented her ambitious project Interim (1984-89) in 1989. This six-year, four-part project explored ideas about the construction of feminine subjectivity.

Kelly has continued to work on ambitious series, often requiring several years of preparation between new projects. The scope of work has expanded and often now includes issues of war and social justice. In the 1990s, Kelly developed a method for using the accumulation of lint in the filter screen of a domestic dryer to create texts and images in intaglio.

Since 1996 Kelly has been based in Los Angeles, where she was professor of Art and Critical Theory at UCLA’s School of the Arts and Architecture. There she established an Interdisciplinary Studio area within the MFA program and has mentored artists engaged in social process and project based work for 20 years. In 2017, she was appointed Judge Widney Professor at the USC Roski School of Art and Design.

The Mary Kelly archive, 1968 to 2004 will be cataloged and made available to researchers in stages, beginning with her earlier work.