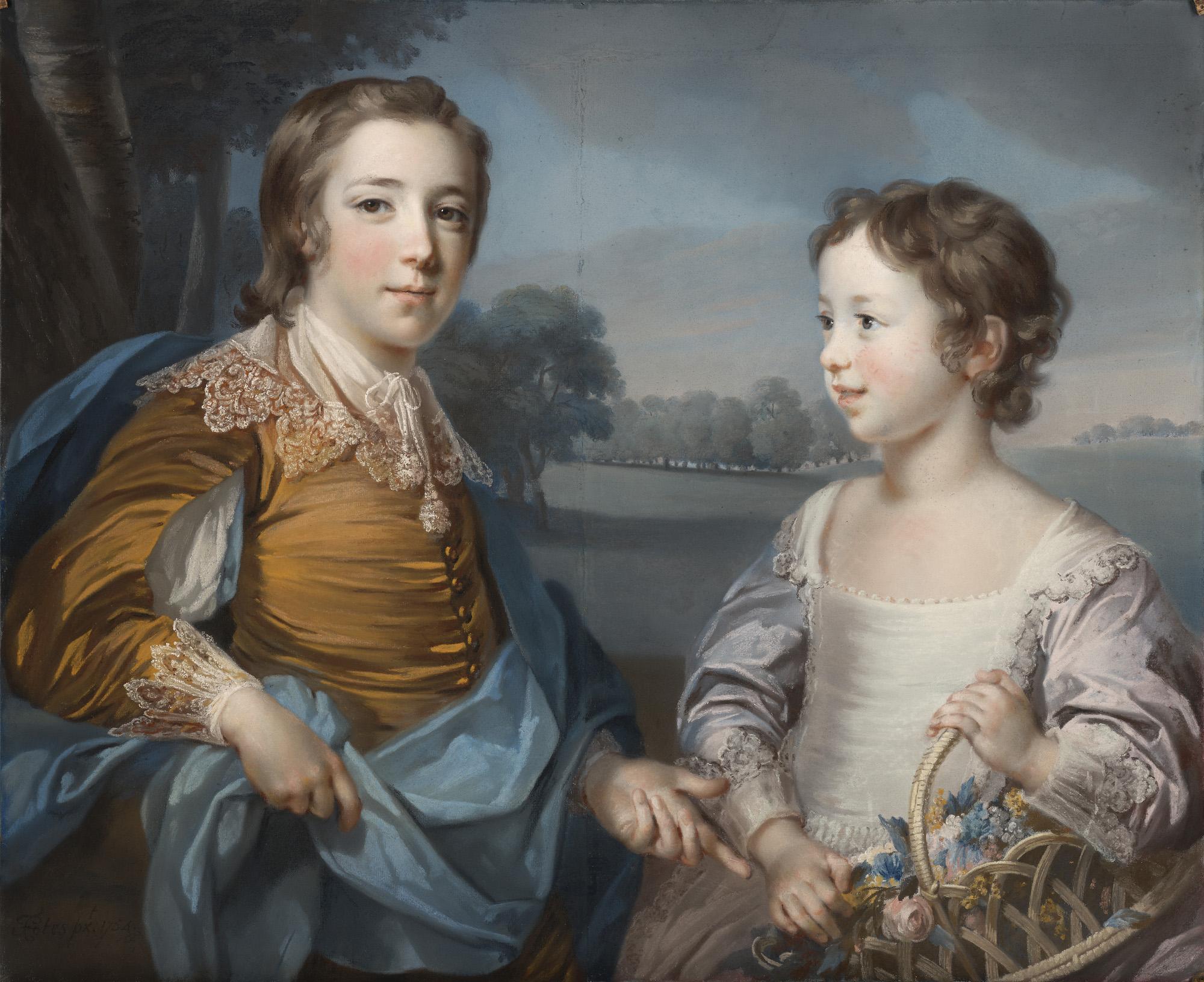 LOS ANGELES – In the eighteenth century, paper was made by hand, pulled in sheets that were no wider than the span of a paper maker’s arms. Artists who worked in pastels at first worked on a small scale, but as they began to compete with oil painters for major portrait commissions, some started piecing together multiple sheets of paper to create large, continuous surfaces for their work. Pastels in Pieces, on view January 16–July 29, 2018 at the J. Paul Getty Museum at the Getty Center, explores the practice and purpose of “piecing,” inviting visitors to take a closer look at how eighteenth-century pastels were made.

“The piecing together of multiple sheets of paper began as a way to enlarge the artist’s canvas and to accommodate ever grander compositions,” says Timothy Potts, director of the J. Paul Getty Museum. “The Museum owns the largest pastel made in the eighteenth century, a portrait of the magistrate Gabriel Bernard de Rieux by Maurice-Quentin de la Tour. One of the highlights of our collection, it stands over six feet tall and is pieced together from twelve sheets of paper. Quentin de la Tour lavished many hours on the details of the sitter’s costume and luxurious surroundings, producing a portrait that riv­als those executed in oil on canvas by his contemporaries. It forms the centerpiece of the exhibition that will explain how these splendid objects were made.”

This piecing technique quickly came to serve purposes other than scale, as artists recognized the opportunity to work up various elements of their compositions separately and then paste them together à la Photoshop. Quentin de la Tour’s, Portrait of Louis XV in Armor before Tournai (1745), offers a striking example of the artist’s tendency to draw his subject’s head separately from the rest of the portrait, generally posed by a model. In this case, the procedure likely helped him reduce his demand on the monarch’s time while still capturing a lively likeness.

Since pastel cannot be erased and is less forgiving than oil paint, layering sheets also offered artists a way to make corrections or changes, papering over early versions and mistakes. For his Portrait of a Woman Sewing (1746), Charles-Antoine Coypel pieced together four large sheets, with additional strips added along the edges. Perhaps the most interesting use of piecing in this work occurs in the sitter’s bracelet, adorned with an image of her husband. This tiny portrait-within-a-portrait occupies its own sheet. It is possible that the artist, unhappy with an earlier treatment of this detail, covered it up with a new one.

“In preparation for this installation, drawings conservator Michelle Sullivan and I created maps to help us keep track of the various sheets,” explains Emily Beeny, associate curator of Drawings at the J. Paul Getty Museum, and curator of the installation. “The joins between the sheets are often cleverly concealed under thickly applied pigment or through camouflaging elements in the design, and so our maps, reproduced on object labels, will help visitors identify the various constituent sheets.”