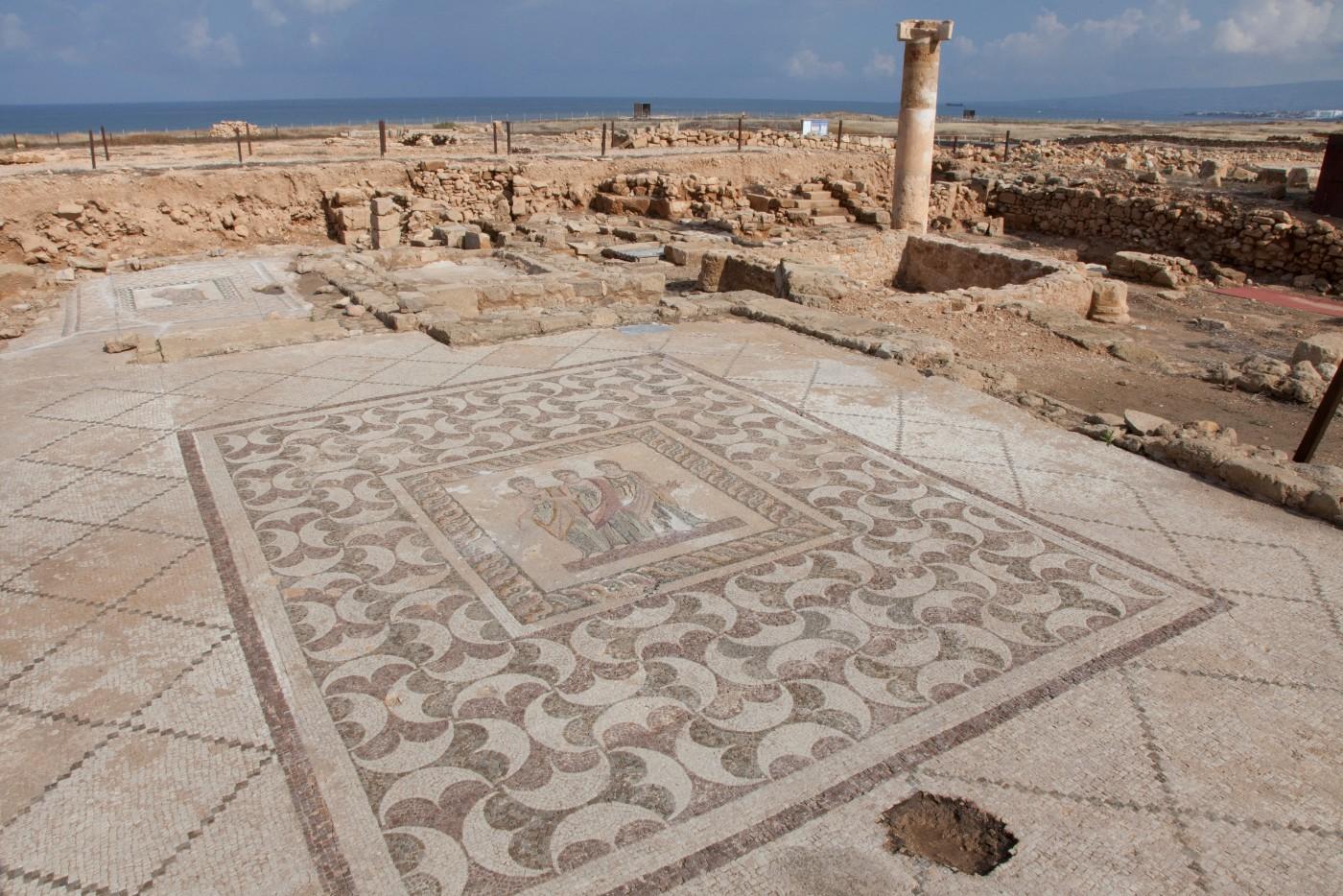 The Three Oras mosaic at the Paphos Archeological Park, Paphos, Cyprus. Continued work at Paphos will be undertaken as part of Ancient Worlds Now.

Los Angeles – The J. Paul Getty Trust will embark on an unprecedented and ambitious $100-million, decade-long global initiative to promote a greater understanding of the world’s cultural heritage and its universal value to society, including far-reaching education, research, and conservation efforts.

The innovative initiative, Ancient Worlds Now: A Future for the Past, will explore the interwoven histories of the ancient worlds through a diverse program of ground-breaking scholarship, exhibitions, conservation, and pre- and post-graduate education, and draw on partnerships across a broad geographic spectrum including Asia, Africa, the Americas, the Middle East, and Europe.

“In an age of resurgent populism, sectarian violence, and climate change, the future of the world’s common heritage is at risk,” said James Cuno, president and CEO of the J. Paul Getty Trust.  “Cultural heritage embodies a global community united by a common need to make things of beauty and usefulness, and to compose stories and rituals about humanity’s place in the world. We will launch with urgency and build momentum for years to come. This work must start now, before more cultural heritage is neglected, damaged, or destroyed. Much is at stake.” 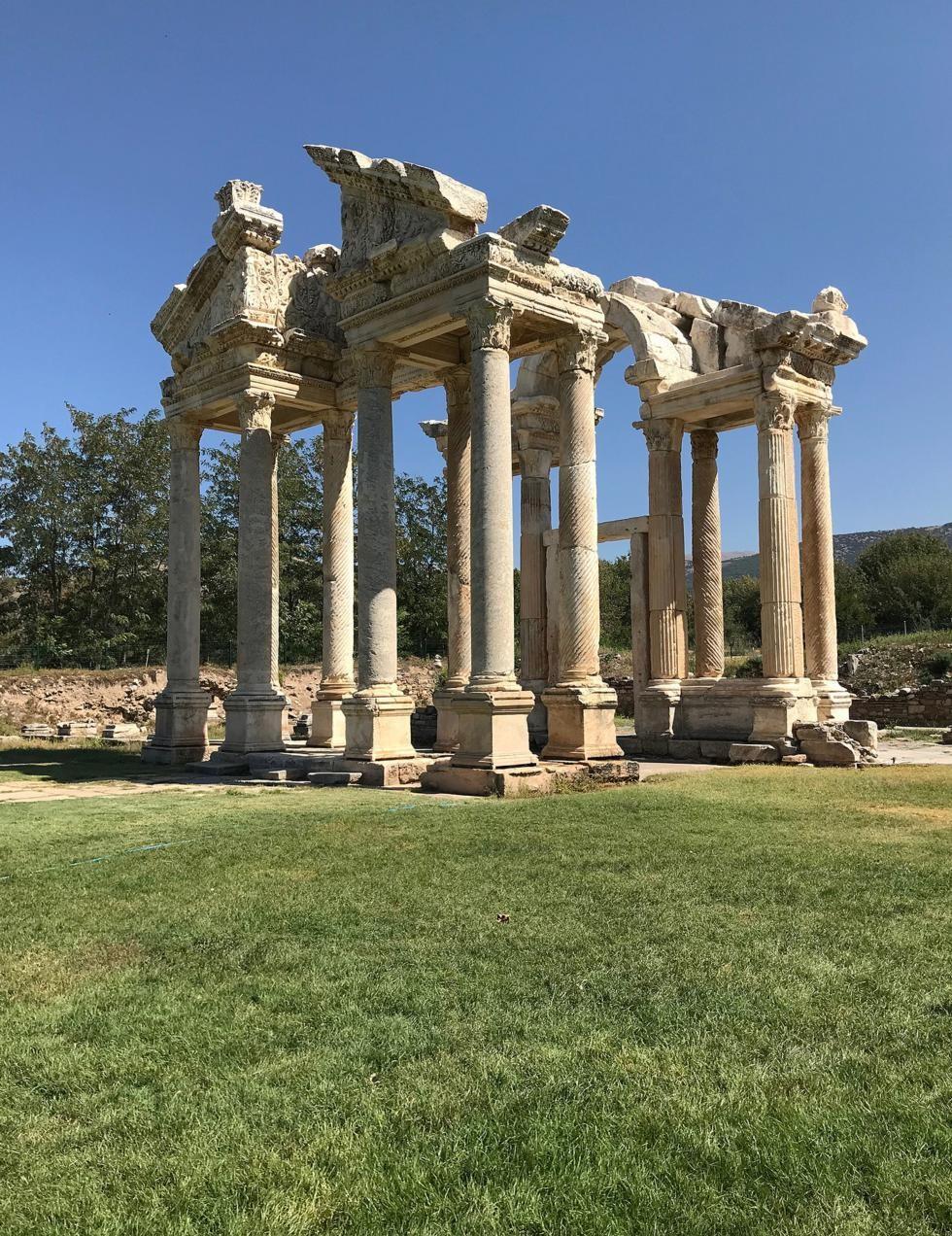 The Tetrapylon of Aphrodisias, one of the archaeological sites visited during a Connecting Art Histories research seminar led by the University of California, Berkeley.

Over the coming year, Getty will engage major global partners from schools and universities, cultural institutions, non-governmental organizations, and the private sector in this urgent work. Activities are underway now, with an official launch planned for summer 2020. The initiative will continue through 2030 and beyond.

Broad in scope, Ancient Worlds Now: A Future for the Past will make a significant and lasting impact by:

• Creating effective conservation strategies that can be applied on a large scale to increase scientific expertise and global capacity to save what remains;

• Pursuing deep inquiry, including through advanced digital research techniques, to strengthen our understanding of the interconnections and fluidity between and among ancient cultures.

In addition to partnerships, Getty will dedicate the cross-disciplinary work of its four programs—Getty Foundation, Getty Research Institute, Getty Conservation Institute, and Getty Museum—to this effort.

“Getty is one of the leading global institutions committed to the study and preservation of ancient cultural heritage, and its convening power and deep expertise allow it to effectively undertake an initiative of this magnitude,” said David Lee, chair of the Getty Board of Trustees.

In this regard, Getty Museum recently launched a series of exhibitions and education programs related to the classical world that began with the exhibitions “Palmyra: Loss and Remembrance” and “Beyond the Nile: Egypt and the Classical World,” the latter a study of the influence of Egypt throughout the Mediterranean region. It will now expand this series with upcoming exhibitions focusing on ancient Mesopotamia, Persia, Thrace, Assyria, and the Levant. 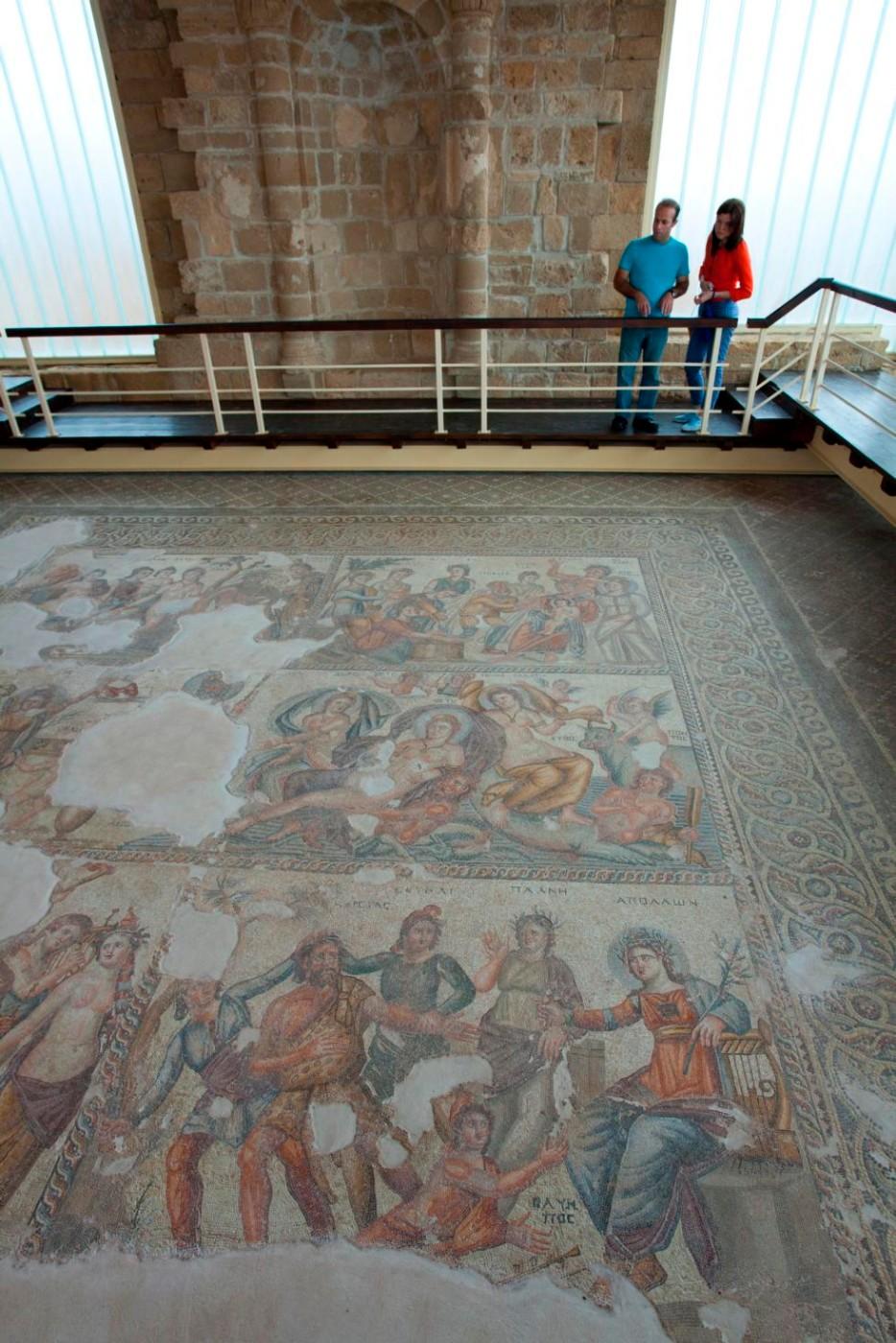 Mosaic floor in the House of Aion, Paphos Archeological Park, Paphos, Cyprus. Continued work at Paphos will be undertaken as part of Ancient Worlds Now.

Other Getty activities already underway include grant support for the digital mapping of excavations at the UNESCO World Heritage Site of Çatalhöyük in Turkey; conservation efforts in Southeast Asia; and conservation efforts at the Byzantine-era archaeological site of Nea Paphos and its necropolis on the island of Cyprus.

Other Getty activities planned or in progress include support for a traveling research seminar on the art and architecture of ancient Thrace; a program for archaeologists from Turkey, Greece, and Bulgaria to study the histories of ancient monuments and sites in Turkey; an international course on the conservation of earthen architecture to be held in Abu Dhabi; a book focusing on the intentional destruction of cultural heritage in pursuit of strategic and political objectives; and support for training at the Iraqi Institute for the Conservation of Antiquities and Heritage in Erbil, capital of Iraqi Kurdistan.

“Getty’s initiative is critically important because, tragically, threats to the survival of the world’s cultural heritage through neglect, purposeful and collateral destruction, overdevelopment, and climate change are putting at risk the lessons and legacy of the past,” said Irina Bokova, former director-general of UNESCO. “Such threats will require global partnerships and the work of non-governmental, non-political organizations such as Getty to heighten understanding on a global scale of the importance of the world’s ancient cultures and common past.”

Former British Museum director Neil MacGregor will serve as a consultant to the Ancient Worlds Now: A Future for the Past initiative. “Human history is inevitably a history of entanglements and networks, of overlapping economic, political, and cultural developments,” MacGregor said. “In today’s sectarian violence, the complexity of the past is distorted through ideological manipulation, neglect, and destruction. Getty’s bold new initiative will address this by developing an understanding that the world’s cultural heritage, is our common heritage and that it continues to shape us all.”

Cuno said immediate next steps include recruiting supporters and strategic partners who share the Getty’s passion and commitment to the protection of ancient cultural heritage.

Read more about Ancient Worlds Now: A Future for the Past and its programs at getty.edu/ancientworlds.

Among the Getty projects already underway or in development as part of Ancient Worlds Now: A Future for the Past:

• Paphos:
Working in partnership with the Department of Antiquities in Cyprus, the GCI will develop a conservation master plan to guide the preservation of one of the richest sites of mosaic pavement in the Mediterranean, with significant remains from the Hellenistic, Roman, early Christian and Byzantine periods, as well as Frankish and Ottoman monuments.

• Abu Dhabi:
The GCI will present the International Course on the Conservation of Earthen Architecture in the World Heritage City of Al Ain, in Abu Dhabi, UAE, organized in partnership with the Department of Culture and Tourism-Abu Dhabi. The course, held February 2021, will provide practical training for mid-career professionals from the Middle East, North Africa, and South Asia.

Stanford University’s Çatalhöyük Living Archive will be a GIS Web database of two decades of excavation data for this Neolithic and Chalocolithic settlement, making this important material available to archaeologists, art historians, and the general public.

University of Massachusetts Amherst’s Pompeii Artistic Landscape Project, a collaboration with the Institute for the Study of the Ancient World at New York University, will make it possible to locate artworks geographically and assess complex connections between them at this renowned Roman archaeological site. 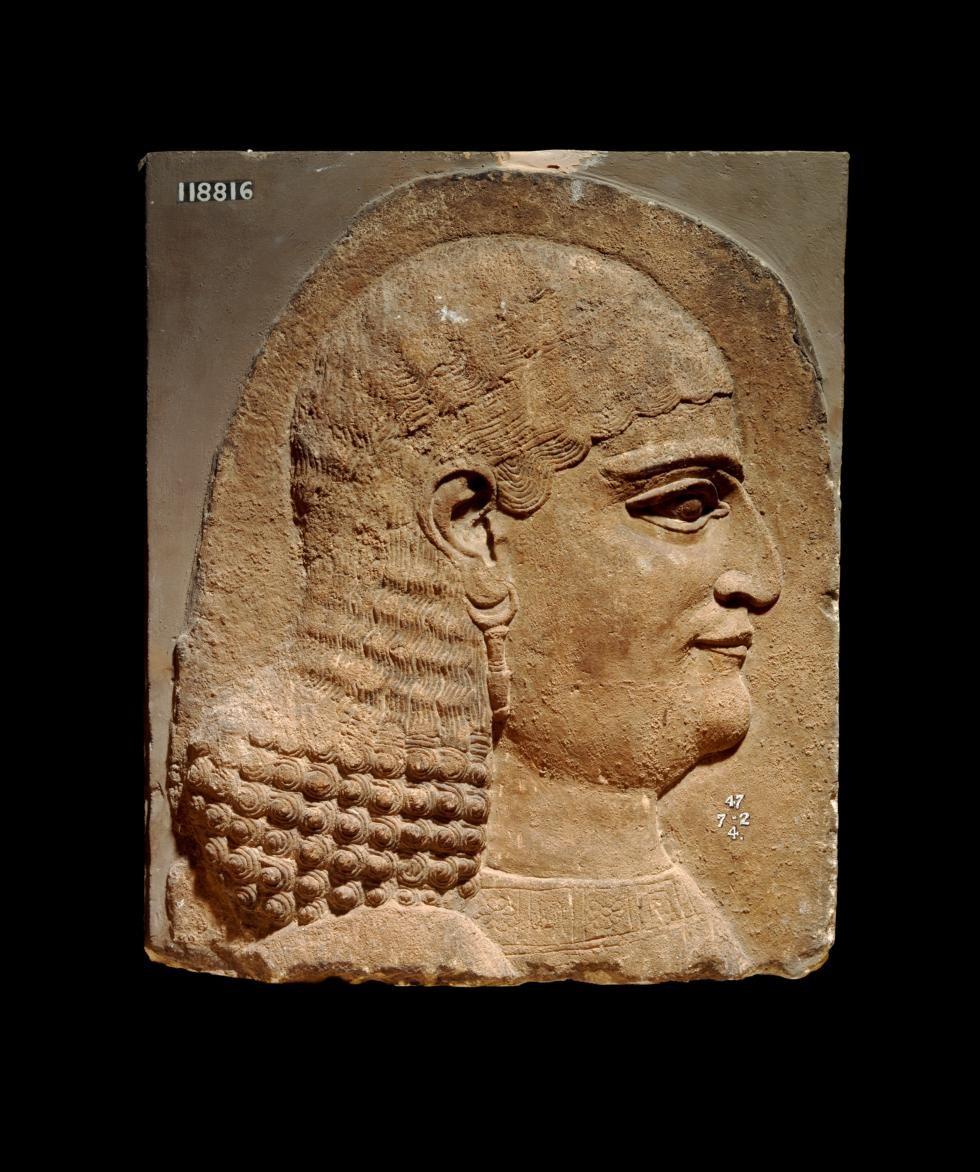 Image © The Trustees of the British Museum. All rights reserved. Accession No. VEX.2019.2.6

Emory University’s Beyond the Northern Aegean convenes participants from the Black Sea region, Western Europe, and North America to explore how ancient communities traversed political and cultural borders to use Greek architectural forms and ideas in ancient Thrace.

University of California, Berkeley’s The Many Lives of Ancient Monuments brings together younger art historians and archaeologists from the Greater Mediterranean region to study the history and interpretation of archaeological sites in Turkey.

A recently awarded grant to the Centre for Advanced Study Sofia is allowing scholars from across Southeastern Europe to analyze the history of archaeology in the region and to develop new interdisciplinary approaches that can reinvigorate our understanding of the ancient past.

• Conservation Training:
A grant to the Smithsonian Institution is supporting a 12-week training program for Iraqi heritage specialists at the Iraqi Institute for the Conservation of Antiquities and Heritage in Erbil.

• Several exhibitions are planned, or have already taken place, in connection with Ancient Worlds Now: A Future for the Past, and many with related lectures and scholarly conferences:

• Many conservation treatments of ancient sculptures have recently been undertaken, are underway, or are in the planning stages:

• Duc de Luynes Collections Acquisition:
The GRI has acquired a nearly complete archive documenting two expeditions to the Holy Land undertaken by the visionary art collector, archaeologist, and scientist Honore? d’Albert, duc de Luynes. The expeditions, held in 1864 and 1866, constituted the first systematic attempts to survey and photograph the Dead Sea basin in present-day Jordan. The materials complement the Vignes album and photographs of Palmyra from the same mission, also held by the GRI. Together, these archives present a holistic record of a region seared by ethnic conflicts.

• Lothar von Falkenhausen Library and Archive Acquisition:
The GRI has acquired the most comprehensive library dedicated to Chinese archaeology still remaining in private hands. Falkenhausen, professor of Chinese Archaeology and Art History at the University of California, Los Angelees (UCLA) and head of the East Asian Laboratory at UCLA’s Cotsen Institute of Archaeology, has led multiple archaeological campaigns in China. Beginning in 1979, Falkenhausen made a serious effort to gather volumes related to Chinese archaeology. Today, the 25,000-volume library exceeds the collections of virtually all institutional libraries in the US and Europe.

• The Florentine Codex Initiative:
Included in UNESCO’s Memory of the World Register, the Florentine Codex is considered the most important manuscript of early colonial Mexico, renowned for its bilingual, encyclopedic presentation of Pre-Hispanic culture and the Spanish conquest of the Aztec Empire, and widely regarded by scholars as the most reliable source of information about Aztec culture. Through translation and an interactive digital platform, the Florentine Codex initiative will provide global access to the manuscript and disseminate knowledge about its cultural significance.