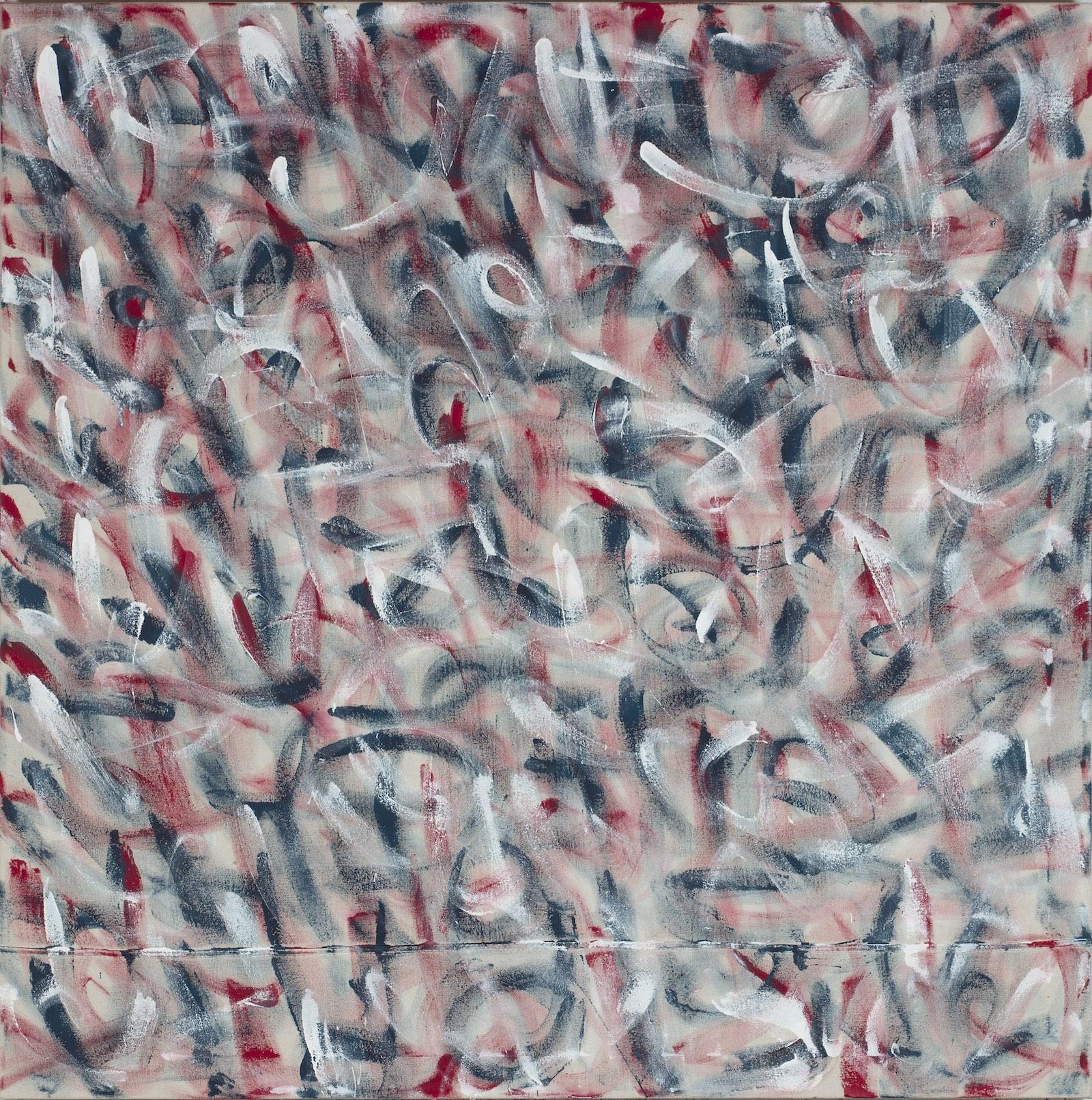 Flynn Fine Art is pleased to announce Street Gifts, an Artsy-exclusive presentation of major works by Charles K. Williams, also known as “Charlie green.” Street Gifts will run from August 4 through September 15, 2021 and feature eleven works spanning his Battery Study, ALL CAPS and Abstract series, and six from his never before seen series Street Gifts. Williams is a self-taught street artist whose work varies in form from totemic figures to abstract compositions, but always aims to re-present the urban surfaces from which they are inspired. As a single body of work, these paintings are meditations that aspire to unite the urban and the natural worlds, and to discuss humanity’s relationship to both.

Williams’ series Battery Study examines the links between made-made and nature-made marks on urban surfaces. The series takes Battery Park at the tip of Manhattan as its inspiration: “[This park] is a point where the organic mother ocean meets the man-made metropolis,” Williams states. Envisioned as a study of this meeting rather than as a study for any final work, per se, this series is a reference to the relationship between organic weathering processes and man-made structures, specifically the marks that come about from such interactions. Williams begins each work as a calligraphic lettering exercise, then repeats a process of décollage, painting, automatic mark-making and brute force. A Laugh Which Dances (2018) is a thick, worn canvas, using a mixture of sacred calligraphy, automatic drawing and ritualized beating to elicit this meeting of the organic and inorganic.

Each work in the ALL CAPS series begins with the collection of delicate paper materials sourced on the street from advertisements, notices and artworks in various stages of weathering and decomposition. The material collection and composition process lead to unique, organic works from often-times mass produced material. Through the process of collecting, sorting, and composing each work, various palettes, themes, commentary and aesthetics emerge. Williams’ POP HOUSE VIE (2015) and U E N I (2021) present the viewer with this milieu of marketing material and graffiti tags torn to shreds and reimagined into something that questions and rejoices in the urban experience.

Street Gifts, as a series, originate in the ALL CAPS collection process, but are pieces that stayed more or less whole upon removal. Williams re-presents these pieces as-is, capturing the essence of these advertisements, notices, bills, lettering and artworks in-situ, and looking at their display of varied layers as complex artworks in their own right. BROOKLYN PEACE - DISNEY LAWS (2020) centers a large and excited Mickey Mouse amongst various ads, including one for a peace concert in Brooklyn and a street art poster that spells out “Laws” in cursive disco lights placed in relation to a human skull overlaid with futuristic computer diagrams, all seemingly in outer space. In Say XC (2021) Williams re-presents a thick sheet of advertisements and tags, whereas in Madonna Hoodie Halo (strictly verso 1) (2019), Williams has reversed his whole tear and adhered it face-down to canvas, presenting the viewer with a highly aesthetic glimpse of the brick-stained backside.

Williams’ paintings are ultimately concerned with the responsible stewardship of the Earth. This becomes most clear, perhaps, in his Abstract series, which follows an automatic and gestural process focused on Williams’ interest in urban/natural marks, sacred calligraphy and graffiti hand styles, and reuses found materials. “Their purpose is to contemplate impermanence and omniscience,” Williams says. Volcanoes Fault Lines Tunnels (2020) is a large painting on a dropcloth presenting us with an ethereal mass of blood red, night-blue and pure white paint, cut through by an invisible cord that stretches across the bottom of the fifth of the image. It is as though this line were a stanchion holding back this being, or marking a threshold that is now, evidently, crossed.

Charles K. Williams (Charlie green) is a self taught, Canadian-American visual artist born in Calgary, 1977. Williams has been creating passionately and prolifically for the past twenty years, beginning on the streets of Toronto in the late 1990s with the body of work Los Totems. Williams relocated to Brooklyn circa 2007, and expanded his practice to include abstract and décollage works that are strongly rooted in the aesthetics of post-graffiti and graffiti removal, as well as the weathered surfaces of walls, advertisements and buildings that are essential to the urban landscape. His inspirations include stewardship of earth, omniscience, impermanence, the human encounter with life and death and his own daily search for beauty. Williams lives between Brooklyn and Northwest Pennsylvania with his wife, son and dog. 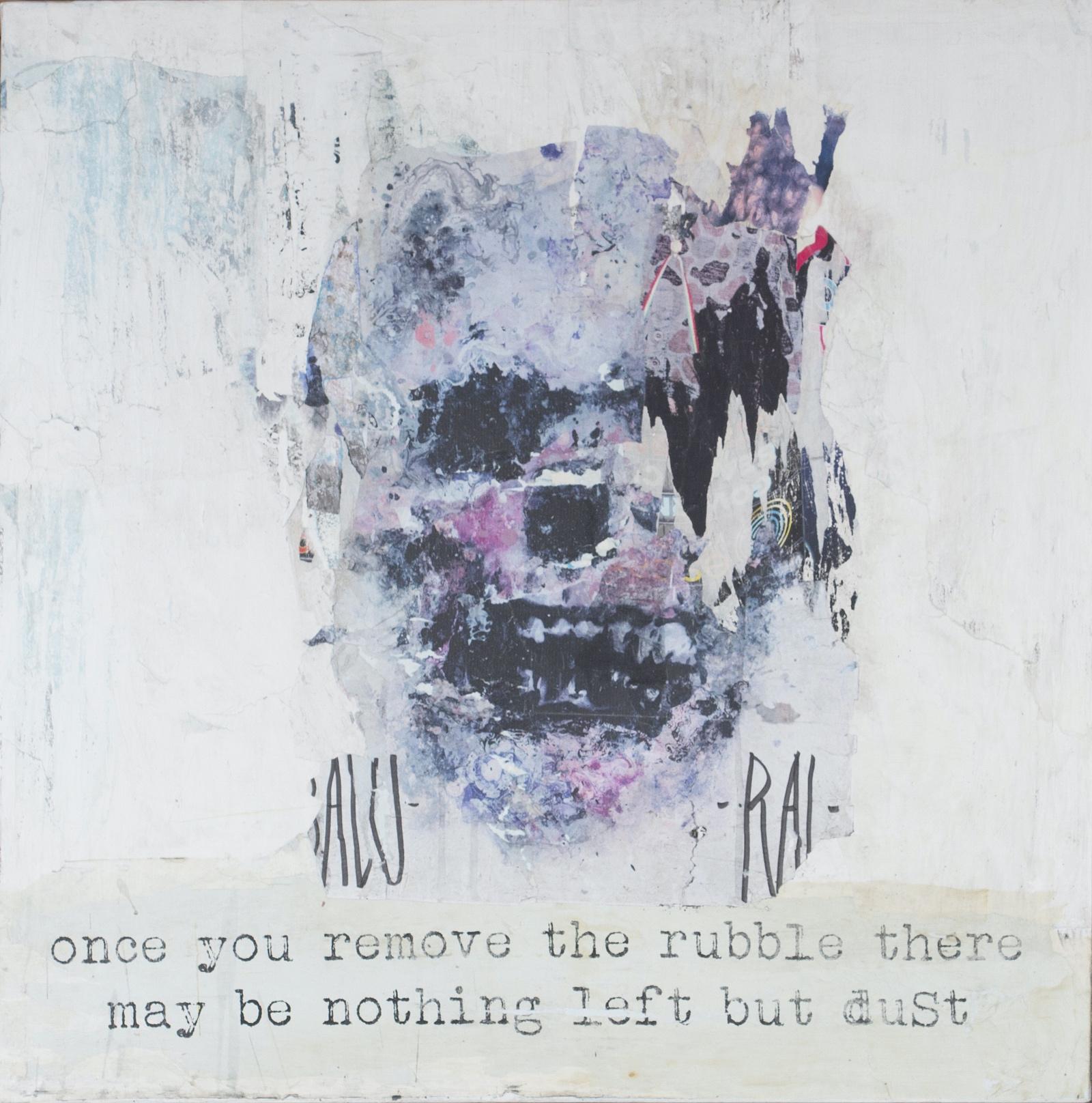 Flynn Fine Art is a comprehensive arts services provider for makers, collectors, professionals and organizations. We help serious individuals and businesses at all levels drive their vision and goals. Flynn Fine Art was founded in 2015 by Clay Flynn as an independent consultancy dedicated to art’s specific creation, exhibition, distribution and care. In 2020 we expanded to include business development services for artists and galleries, and in 2021 began acting as an artist agent. In doing so, our goal is to promote the work of artists and estates, and to support them as they grow their career.