Five Rare Physical CryptoPunks to be Auctioned at Sotheby’s 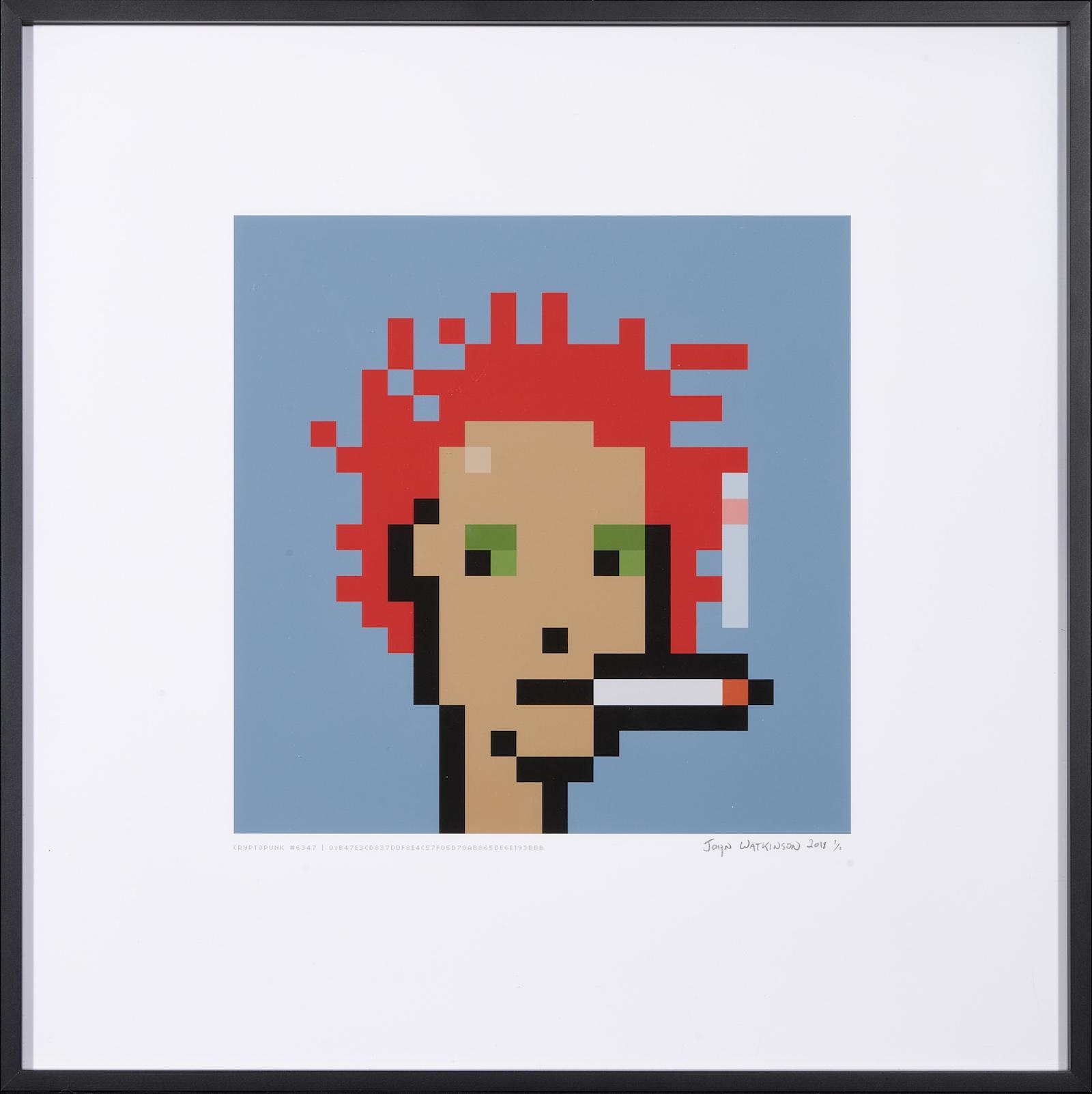 June 2021, London — Later this month, Sotheby’s will offer five exceptionally rare CryptoPunks. Of the 10,000 Cryptopunks created, only twenty-four were issued in physical form, as certified prints signed by co-creator John Watkinson. In an auction first, five of those twenty-four prints—each of which also exist in digital form—will be offered in a standalone sale at Sotheby’s, with bidding open from June 24 to July 1.

First released in 2017 by artists Matt Hall and John Watkinson, the founders of Larva Labs, CryptoPunks were one of the earliest NFT projects and a catalyst for the entire Crypto-Art movement. While the duo released 10,000 Punks for free—besides a small transaction fee—they have since been the subject of a tsunami of interest. On June 11, “Alien” Punk #7523 fetched $11.8 million at Sotheby’s – a record for a single CryptoPunk. The NFT was acquired by Shalom Meckenzie, the largest shareholder of DraftKings.

The twenty-four signed prints created at the inception of the CryptoPunks are in themselves rare (accounting for less than a quarter of a percent of the total number of digital CryptoPunks in existence). Beyond that, each of the punks to be offered this month (#6347, #770, #872, #1819, and #2830) bears a mix of sought-after characteristics, including, ‘black lipstick’, ‘green eye shadow’, ‘crazy hair’, ‘luxurious beard’, ‘hot lipstick’, a ‘peak spike’ and even a ‘police cap’. Each will be accompanied by a wax-sealed envelope, rubber-stamped and containing a “paper wallet” - a mnemonic code that provides access to the unique Ethereum-based token. 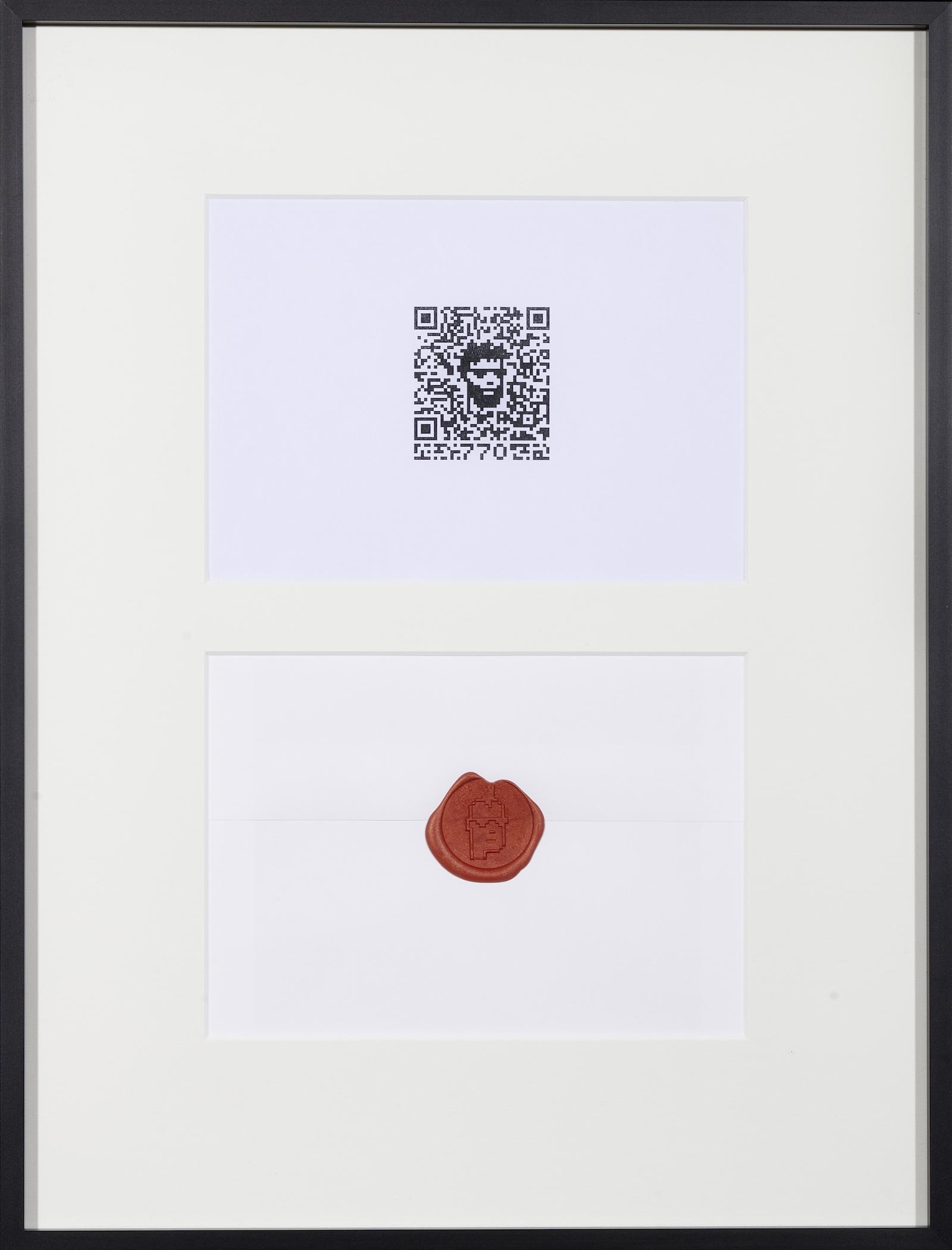 Speaking about the CryptoPunks, Michael Bouhanna, also said: “In the anti-establishment spirit of the early days of the blockchain movement, the CryptoPunks were conceived as a collection of misfits and non-conformists in an ode to the 1970s London punk scene. And, just as the Punks themselves belong to a movement, so too do those who collect them. The appeal of CryptoPunks has transcended beyond the world of Crypto-enthusiasts, to ‘traditional’ art lovers too. Here, in this sale, we have a group of unique Punks, each defined by their own eccentric characteristics, made even more special by their accompanying prints. This is where the digital art world meets the traditional.”

All five Punks to be offered later this month have been carefully selected from private collections by Swiss curator and digital art expert, Georg Bak—two of them were originally shown at Larva Lab’s first-ever exhibition. Bak was the first to exhibit a collection of nine CryptoPunk print editions as part of the group show, Perfect & Priceless: Value Systems on the Blockchain at Kate Vass Galerie in 2018.

Speaking to the CryptoPunk movement, Georg Bak said: “When I first met John and Matt, they modestly shied away from being called ‘artists’, totally charmed to have been invited to debut their physical Punks as part of the Perfect and Priceless exhibition. Yet though they didn’t perceive themselves as artists at the time, for me, their bold experimentation in this medium immediately drew parallels with past movements, which saw provocative artists revolutionizing the art world. Take, for instance, Marcel Duchamp who’s infamously rejected Fountain by the Salon of Independent Artists in 1917, simultaneously came to symbolize one of the most shocking moments in art history yet at the same time, the birth of Conceptual Art. Just as revolutionary Duchamp’s urinal was over 100 years ago, the CryptoPunks have propelled the NFT onto a global stage, which continues to shake the art world today.”