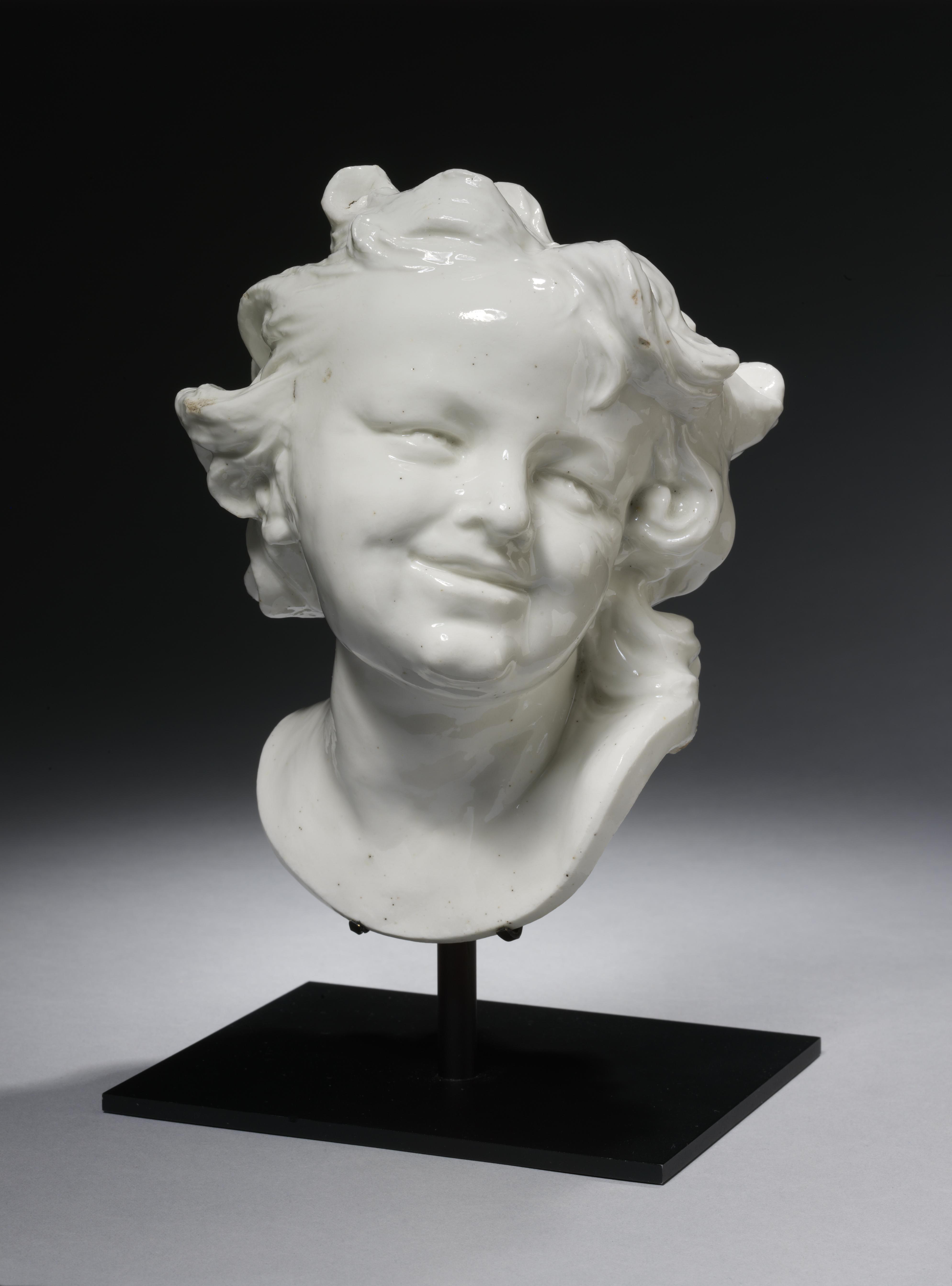 The V&A has acquired a previously unknown porcelain sculpture Head of a Laughing Child (about 1746–49) after its chance discovery at a French flea market eight years ago. Following extensive research, the V&A can now reveal that the sculpture was almost certainly cast from an original clay model made by the renowned French-born sculptor Louis-François Roubiliac, who was active in London in the 1740s. The sculpture, acquired with generous support from Art Fund, joins the V&A’s National Collection of Ceramics. It is now on display in the museum’s British Galleries, alongside some of the earliest examples of English porcelain revealing the vibrant artistic milieu of mid-eighteenth-century London. 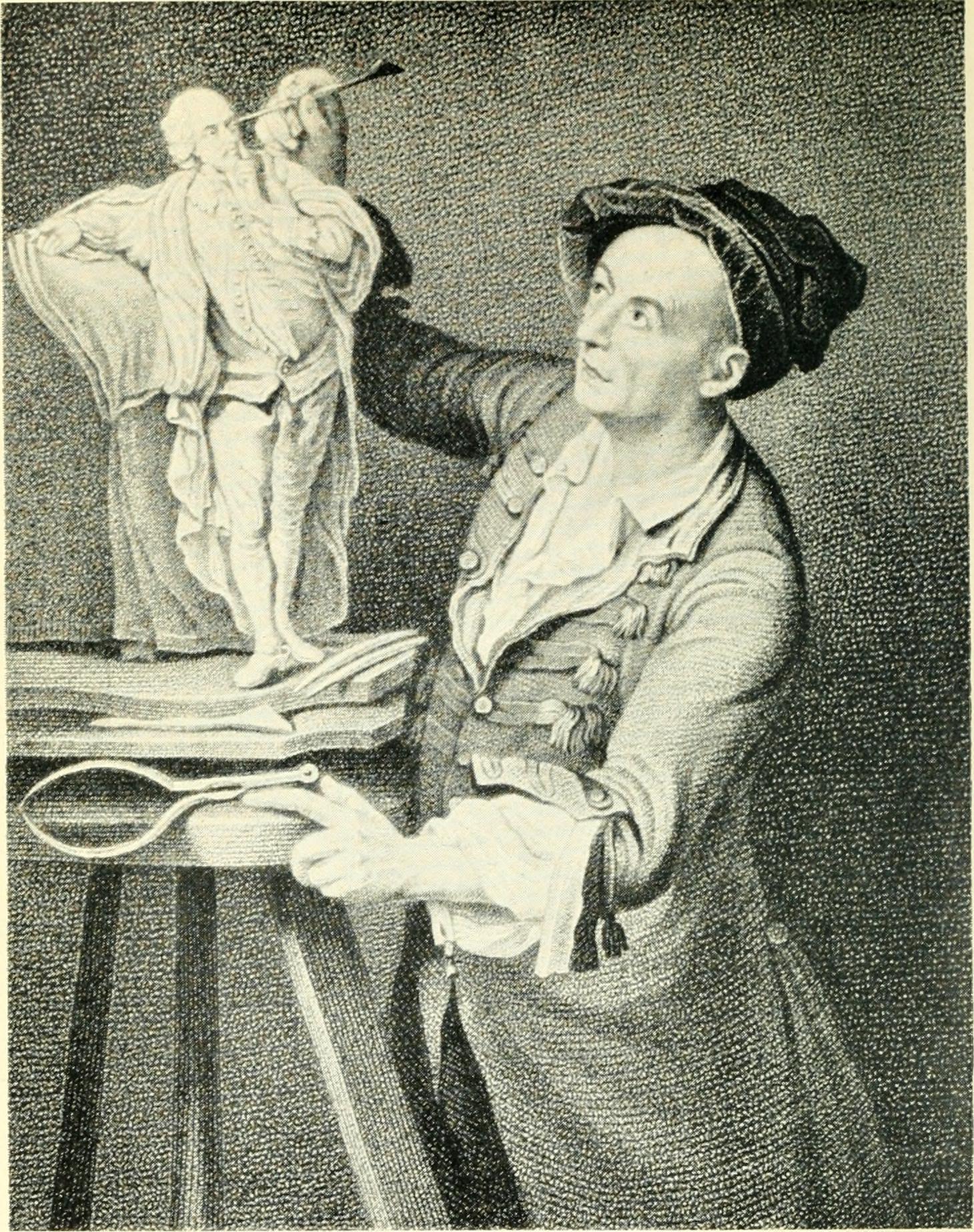 Louis-François Roubiliac, illustrated in E. Beresford Chancellor's The lives of the British sculptors, and those who have worked in England from the earliest days to Sir Francis Chantrey, 1911.

Art historical and stylistic analysis strongly suggest that Roubiliac was the creator of the original model for Head of a Laughing Child. Roubiliac was a friend of Nicholas Sprimont, the owner and founder of the Chelsea porcelain factory, and evidence suggests Roubiliac considered using Chelsea porcelain for a major sculptural commission in the first few months of the factory’s opening. Additionally, the quality of modeling and the style of the Head, which combines Italianate, French and German influences, all point to Roubiliac as the author of the work. This is supported by documentary evidence revealing Roublilac’s roots and training in both France and Dresden, where he acquired extensive knowledge of Ancient Roman and Baroque sculpture.

Roubiliac would have sculpted the head in clay approximately 20 percent bigger than the resulting porcelain figure. From this model, multi-part plaster molds were taken at the Chelsea porcelain factory and then used to cast several versions of the head in porcelain. These were then carefully dried in a process that saw them shrink considerably. The porcelain heads were then glazed and fired at a high temperature.

Only one other porcelain example of Roubiliac’s Head of a Laughing Child is known to exist. Discovered in 1938, it has been in the Ashmolean Museum’s collection since 1965. The Ashmolean sculpture is decorated with polychrome enamel, unlike the V&A’s monochrome white example. In 2012 the two Heads were brought together for comparison, when experts from across the world confirmed that they were both cast from the same mold at the Chelsea porcelain factory. The plain white sculpture is more aesthetically pleasing, and its firing seems to have been more successful than that of the polychrome version.

Reino Liefkes, Head of Ceramics at the V&A, said: “Roubiliac’s Head of a Laughing Child is one of the most exciting discoveries in ceramics for many years. This vivacious sculpture is one of the most fluently modeled examples of English sculptural porcelain ever produced and I’m thrilled it joins our world-renowned Ceramics collection. The sculpture is now on show in the V&A’s British Galleries as the centerpiece of a display tracing the earliest developments in English porcelain. It can be seen alongside other highlights including Roubiliac’s porcelain figure of the painter William Hogarth’s infamous dog, Trump.” 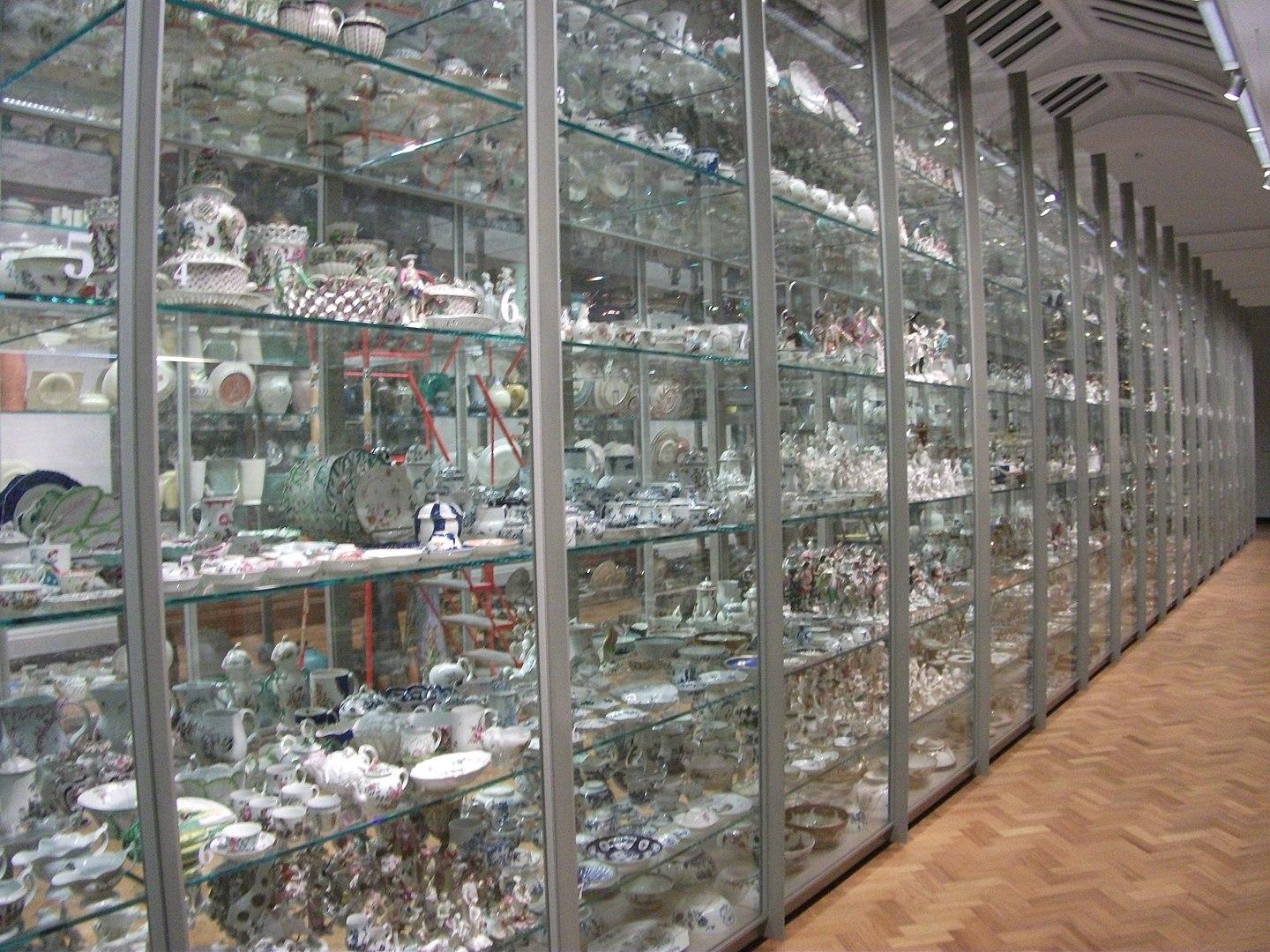 Part of the reserve collection of the V&A's European ceramics collection.

Roubiliac’s Head of a Laughing Child is the latest major acquisition to join the V&A’s unrivaled Ceramics collection, and follows Matching Pair (2017), a set of two ceramic vases by British artist Grayson Perry capturing the huge social and political rift caused by Brexit.

Encyclopedic and global in scope, the V&A’s Ceramics collection encompasses the history of fine ceramic production from 2500 BC to the present day, with strengths in international contemporary studio ceramics, European porcelain and pottery from 1500 onwards, and ceramics from China, Japan and the Middle East.