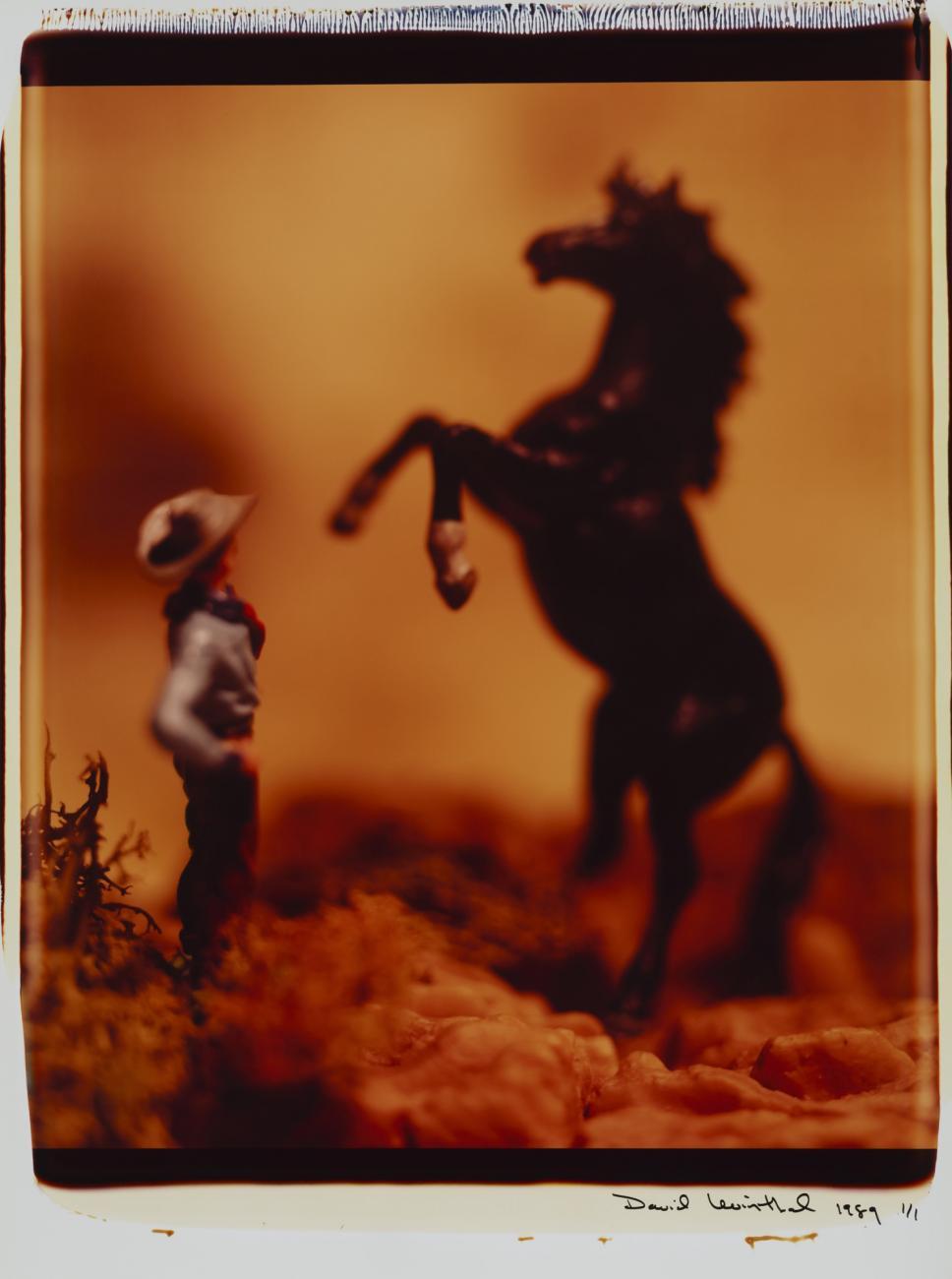 David Levinthal creates photographs that probe the recesses of American memory and imagination and the stereotypes that inhabit familiar cultural touchstones. Levinthal, who spent his childhood engaging with classic American myths and legends through televised Westerns and plastic playthings, has never strayed far from these formative influences, dedicating his 40-year career to photographing toys in constructed scenarios. In his images that are populated with cowboys, Barbie dolls and baseball figurines, Levinthal explores the cultural prominence of quintessential American subjects and the influence of mass media in mythologizing them.

The exhibition showcases 74 color photographs, created between 1984 and 2018, from two recent gifts to the Smithsonian American Art Museum of more than 400 photographs by the artist. The images, drawn from six of Levinthal’s most well-known series—“Modern Romance,” “American Beauties,” “Barbie,” “Wild West,” “Baseball” and “History”—reveal the evolution of Levinthal’s work and his signature approach to color photography. Through these works, Levinthal explores what it means to be strong, beautiful, masculine, feminine and, ultimately, American. 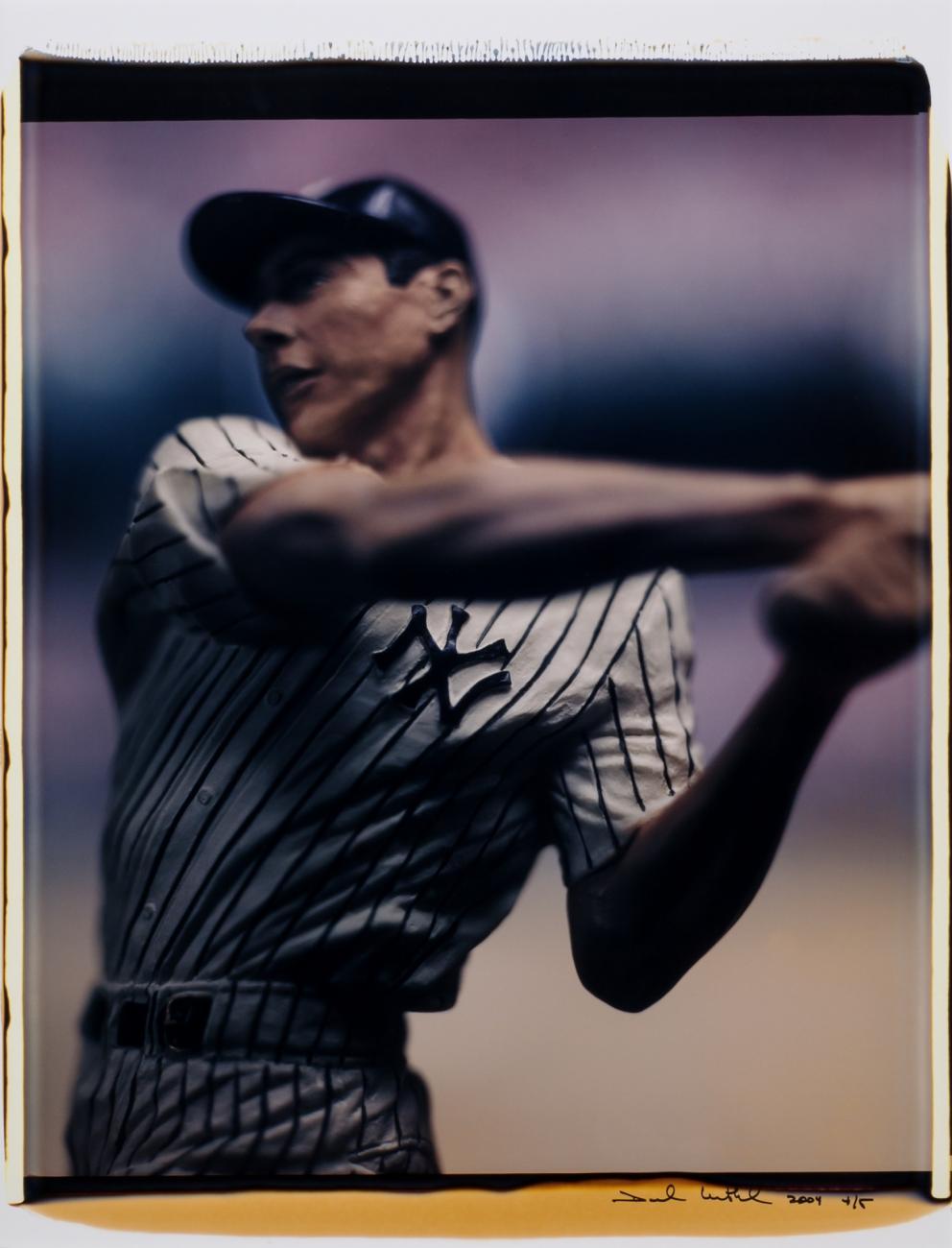 “American Myth & Memory: David Levinthal Photographs” is on view at the Smithsonian American Art Museum’s main building from June 7 through Oct. 14. It is organized by Joanna Marsh, the museum’s deputy education chair and head of interpretation and audience research. The exhibition is on view in Washington, D.C., only.

“David Levinthal’s thought-provoking photographs are part of an important conversation taking place about American identity,” said Stephanie Stebich, the museum’s Margaret and Terry Stent Director. “At the Smithsonian American Art Museum we explore how images play a role in perpetuating and questioning archetypes through the work of singular American artists. This exhibition encourages critical looking to explore issues that resonate with a contemporary audience.”

“Myth and memory are the cornerstones of every culture, and David Levinthal’s work sheds light on their uniquely American manifestations,” Marsh said. “Like the plastic figurines that he photographs, Levinthal’s art points to deeply rooted societal ideals and assumptions. They invite us to consider the way values and events of the past, however flawed or fictitious, inform who we are and how we behave in the present.”

In “Modern Romance” Levinthal explores how movies and television shape notions of intimacy, privacy and desire. In “American Beauties,” Levinthal uses toy figures dressed as 1940s pinup girls to evoke an innocent nostalgia while also raising the more serious allusion to the societal objectification of women. “Barbie” takes on the complex mythology of the iconic doll and the surrounding cultural resonance of her celebrity. “Wild West” takes on the powerful appeal of the American West and the lasting impact of its associated archetypes—cowboys, Indians, gunslingers and lawmen. “Baseball” also explores the myth of celebrity and the legends that represent America’s “national pastime.” Finally, “History,” Levinthal’s most recent series, examines the relationship between history and myth using references from photojournalism to art history to depict events that span from the nation’s founding through the Vietnam War. 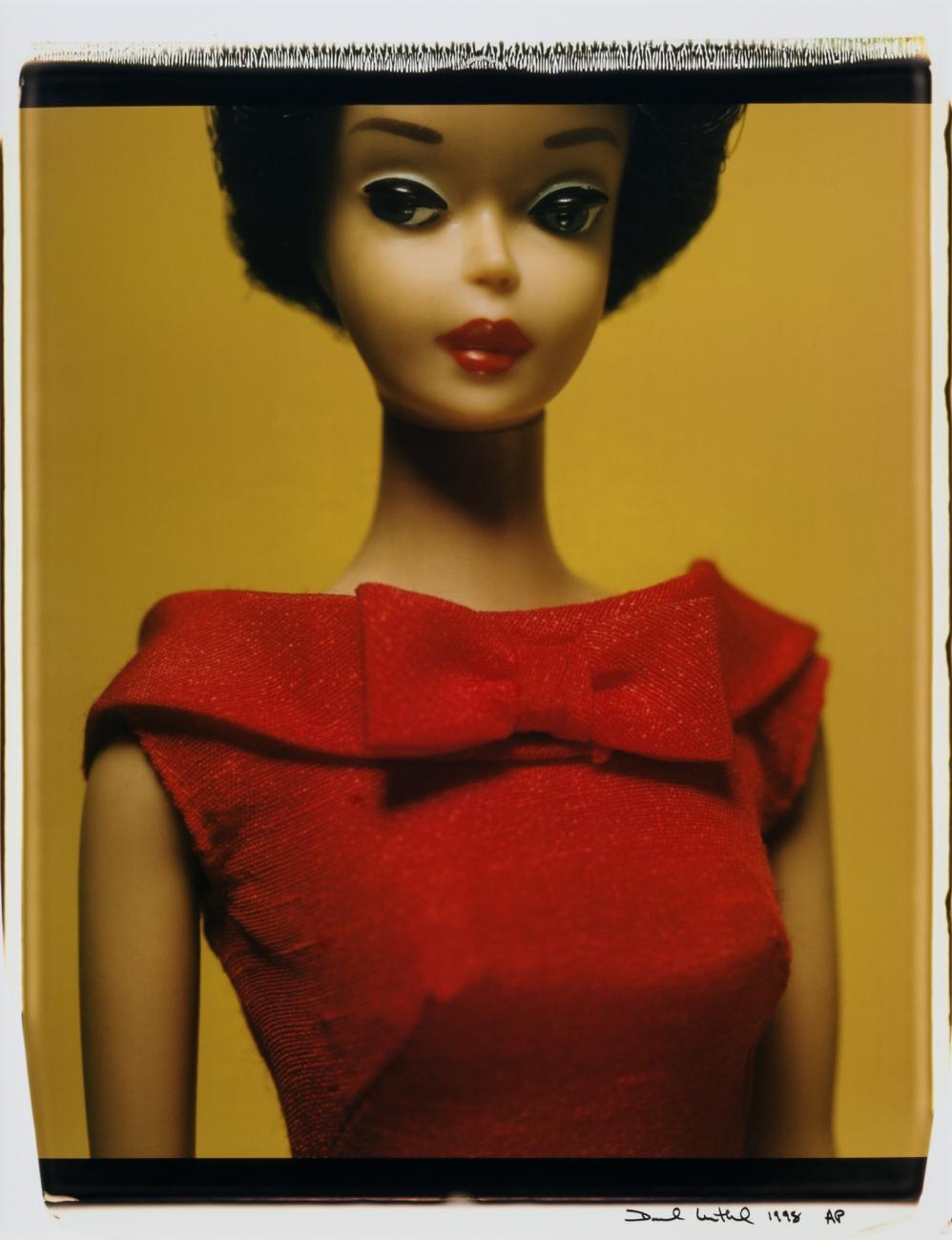 The presentation of Levinthal’s photographs includes several interactive and interpretive elements, including an introductory video featuring commentary by Levinthal and Marsh, a section that highlights the artist’s process and shows the artist working in his studio, commentary from accomplished Americans and a playlist inspired by the exhibition. These interpretive elements are designed to help visitors critique the cultural imagery embedded in Levinthal’s work and encourage conversation about American myth and legend.

The gallery featuring the artist’s “History” series includes a set of flip books that explore four of the historical events represented in Levinthal’s photographs and how these moments became mythologized through pop culture retellings and restagings. A 5-foot diorama depicting a Western wagon train provides further insight into Levinthal’s creative process and an opportunity for close-looking prompted by interpretive text that asks the viewer questions. Levinthal used the diorama to create his most recent photographs, four of which are on view in the exhibition. Each series includes commentary from special contributors, including Olympian Gabby Douglas, film critic Ann Hornaday and model and activist Hunter McGrady. An eclectic Spotify playlist features music that spans more than five decades and includes artists ranging from Chuck Berry to Kacey Musgraves.

Levinthal was born in San Francisco in 1949, into a rapidly changing post-World War II American society. He earned a degree in management science from the MIT Sloan School of Management (1981), a master’s degree in fine arts from Yale University (1973) and a bachelor’s degree from Stanford University (1970). He received a John Simon Guggenheim Foundation Fellowship (1995) and a National Endowment for the Arts Fellowship (1990). Since 1972, he has worked with toy figures and tableaux in his artwork. His photographs are in the permanent collections of the Art Institute of Chicago, the Centre Pompidou in Paris, the Los Angeles County Museum of Art, the Museum of Modern Art, the Metropolitan Museum of Art, the National Gallery of Art, the Smithsonian American Art Museum and the Whitney Museum of American Art, among others. In 1997, the International Center for Photography presented the first retrospective of his work “David Levinthal: Work from 1977–1996.” The George Eastman Museum organized the most recent retrospective, “David Levinthal: War, Myth, Desire,” in 2018.