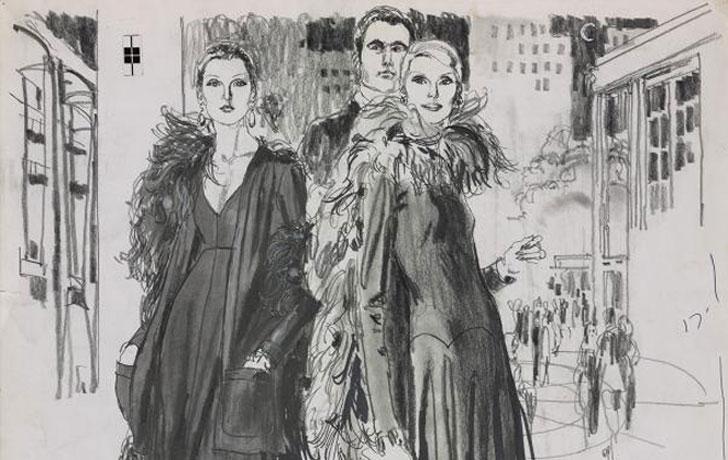 The Denver Art Museum (DAM) announces it will present the award-winning editorial work of fashion illustrator and Denver resident Jim Howard (American, b. 1930) in Drawn to Glamour: Fashion Illustrations by Jim Howard March 25–Aug. 5, 2018. The exhibition will survey Howard’s four-decade fashion illustration career through more than 100 works on paper, starting with his early advertising campaigns for Neiman Marcus in the late 1950s. Howard’s career encapsulates the history of editorial fashion illustration, primarily at its height during the ’70s and ’80s, prior to the industry’s shift towards photography.

“Drawn to Glamour presents us with another special opportunity to pull back the curtain on a single artist’s creative process and, in this instance, the artist also is a well-respected member of Denver’s fashion community,” said Christoph Heinrich, Frederick and Jan Mayer Director at the DAM. “This exhibition will showcase Howard’s iconic fashion illustrations, many of which our visitors may recognize, and is the ideal addition to the diverse exhibition program for the first half of 2018, including Degas: A Passion for Perfection andJeffrey Gibson: Like a Hammer.” 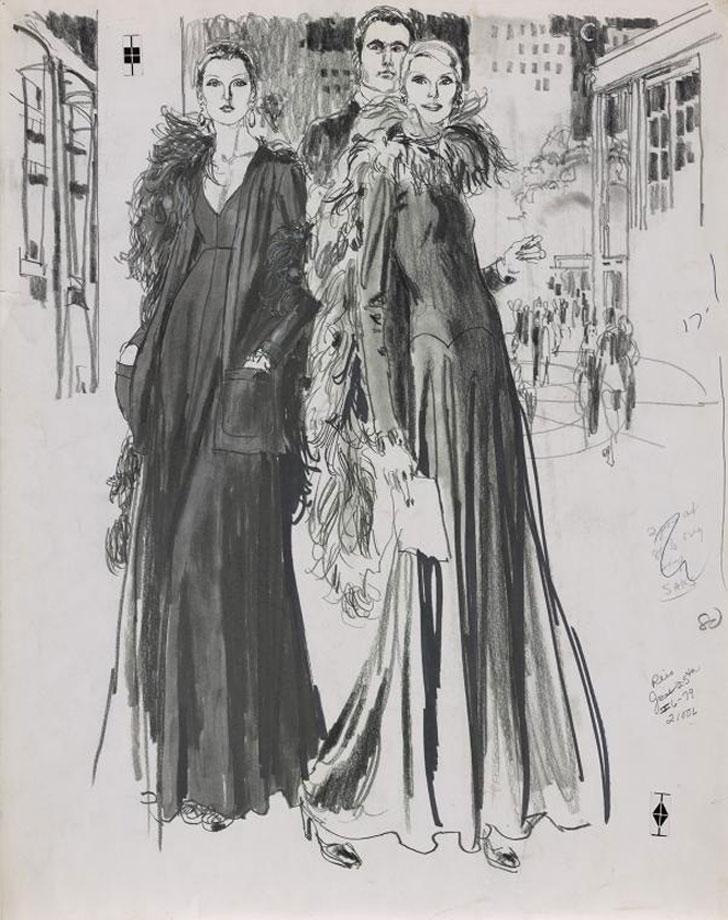 Neiman Marcus immediately recognized Howard’s talent when he worked as an in-house fashion illustrator and assistant artistic director at its headquarter in Texas. He later moved to New York City and eventually became a freelance artist, remaining in high demand by major department stores, including Saks Fifth Avenue, Bonwit Teller, B. Altman and Company and the LA-based retailer Bullocks. These department stores employed Howard to create illustrations for fashion houses, such as Dior, Oscar de la Renta, Calvin Klein and Yves Saint Laurent, which were most often published in The New York Times.

“Fashion illustration as a craft has gradually disappeared in recent decades, but from 1950 to 1989 fashion illustration was the most significant way for brands to tell their story, showcase new trends and bring fashion to life,” said Müller. “It’s a medium of fashion history that has not yet been extensively explored by museums, and we hope this exhibition will allow our visitors to discover how drawing can be equally as, and sometimes more, expressive than fashion photography. We also hope visitors will gain an appreciation for Howard’s legacy and fashion illustration as a whole.”

Drawn to Glamour will be comprised of two sections; one which will showcase Howard’s prolific career from the late ’50s to the early ’80s, demonstrating the development of major U.S. department stores and the seasonal fashion trends these stores helped create and supply. The other section will evoke the atmosphere of a department store by arranging Howard’s illustrations similar to a retail store where evening gowns, cosmetics, sportswear and lingerie are arranged by departments. In addition, Drawn to Glamour will feature eight looks from the DAM’s permanent fashion collection and four men’s silhouettes on loan from private lenders that capture the essence of some of the most iconic trends of the time.

“I believe I must be one of the luckiest people on this planet to have had a lifetime of doing what I love, drawing, and especially drawing fashion,” said Howard.

Compared to the gestural style evident in the majority of fashion illustrations from 1950–1990, Howard’s style was more figurative and realistic, often drawing from a live model. He became famous for using photographic lighting in his sketches. Howard was also well known as one of the few fashion illustrators who effortlessly drew men, which contributed to his popularity among major department stores and the longevity of his successful career.

Drawn to Glamour will be on view on level 2 of the Hamilton Building in the Gates Family Gallery from March 25–July 22, 2018, and will be included in general admission and free for members and youth 18 and under.