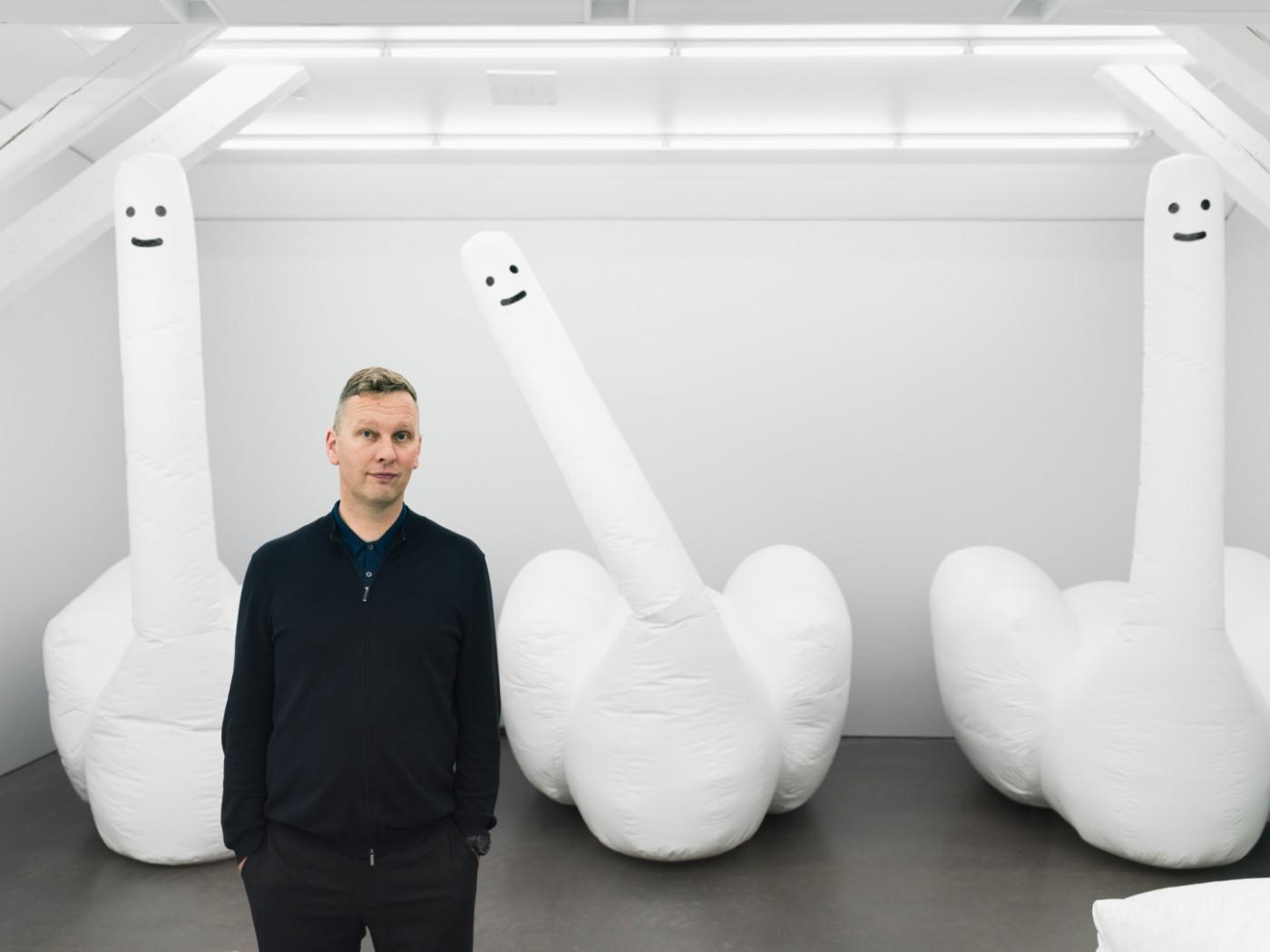 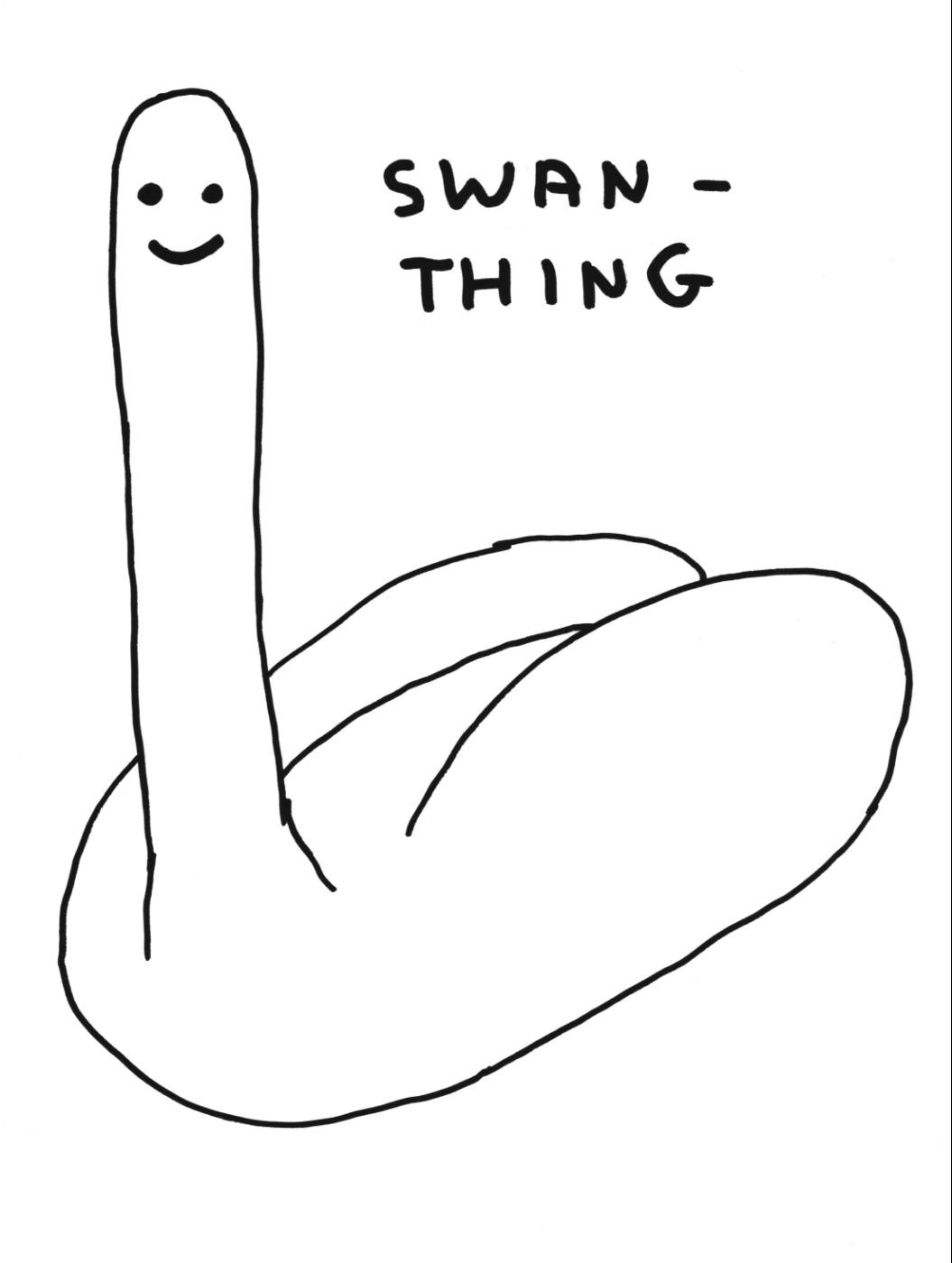 One of Great Britain’s most renowned artists, David Shrigley, presents a new show at Spritmuseum in Sweden this autumn. His Exhibition of Giant Inflatable Swan-things is an installation created exclusively for the museum gallery, which opened on 27 September. Nothing is quite as it seems in Shrigley’s universe. The laws of physics are suspended and the everyday world is distorted, revealing a rare and mordant sense of humour. Welcome down the rabbit-hole!

“We have been eager to host an exhibition by David ever since Spritmuseum opened in 2012,” says Mia Sundberg, curator of the museum’s collection. “I’m especially pleased that we are presenting a new three-dimensional installation. We don’t want to reveal too much, but the title of the show provides a pretty good hint.”

Simple pen and ink drawings with handwritten slogans and puns and a visual idiom reminiscent of comic books and caricatures form the foundation of David Shrigley’s art. He also works in sculpture, large installations, animation, painting, photography and music. With conceptual obstinacy and a satirical undertone, Shrigley addresses themes that mirror everyday life and the ordinary elements of human behaviour, from shopping lists to snippets of overheard conversations. It is inexplicably, madly funny. The dusty-dry, winter-dark humour of Shrigley’s work has been called typically Glaswegian. He grew up in England, in the East Midlands, and moved to Glasgow to study art. Shrigley has described Glasgow as “exciting, different and mystical”– everything that the suburbs of Leicester, where he grew up, were not. Glasgow became his home for 27 years. He now lives in Brighton. 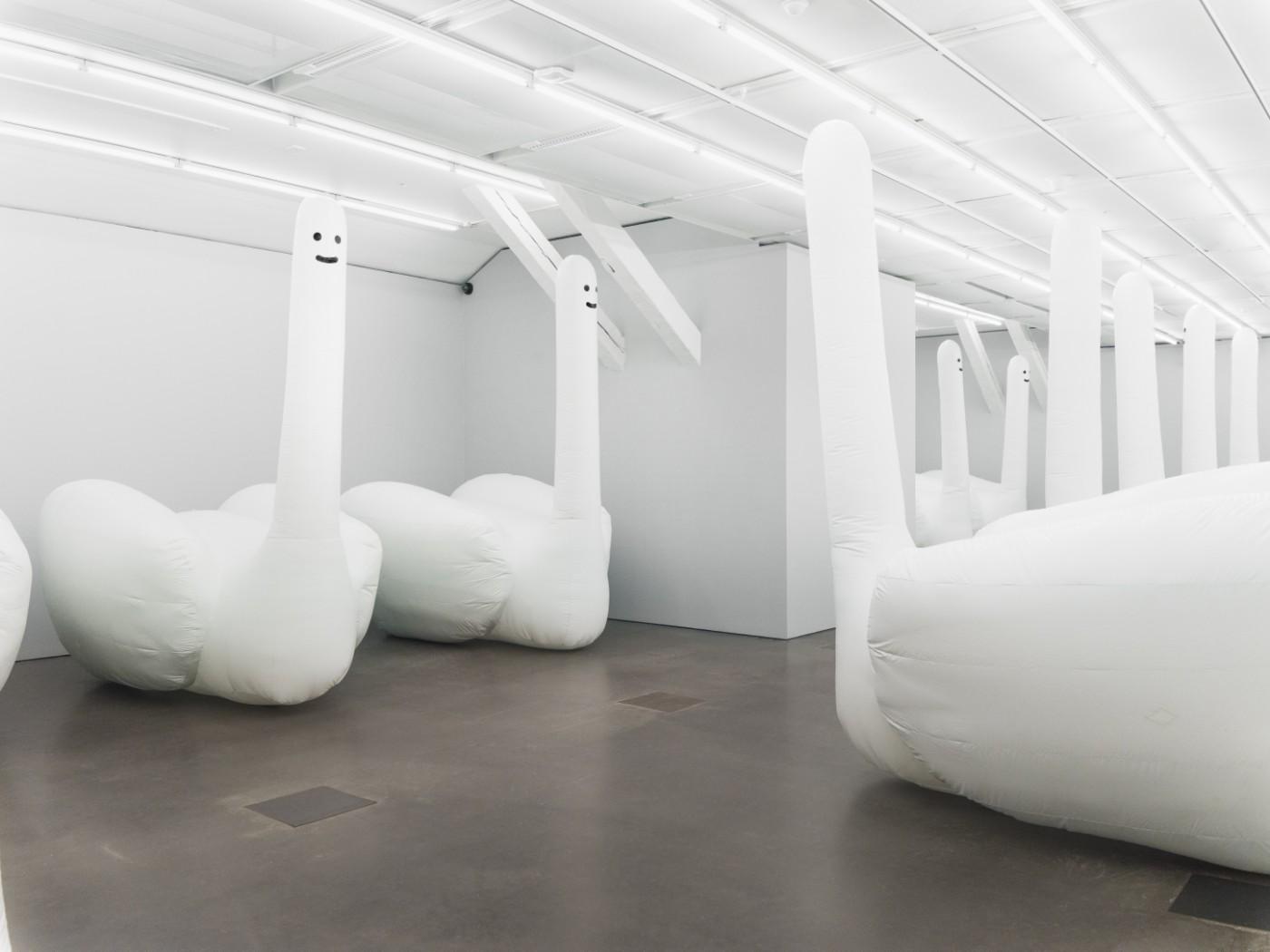 Shrigley constantly strives to broaden his audience through regular forays outside the gallery world. He has collaborated with musicians including Franz Ferdinand and Blur, made a genuinely odd promotional film for fashion company Pringle of Scotland, and exhibited a giant thumb entitled Really Good at Trafalgar Square. As part of a long-term collaboration with the popular London restaurant and nightclub sketch, he has covered the walls of its dining room with a myriad of drawings.

In 2018, David Shrigley was invited to be the guest director of the Brighton Festival, a creative role that has been taken on by many of Britain’s biggest names. In his own installation at the festival, Life Model II, he exhibited an oversized sculpture of a nude woman, inviting visitors to draw it. The festival programme also included his performance Problem in Brighton, which he termed an “alt-rock pantomime”.

The first Life Model, a nude male mannequin with unnatural proportions, was exhibited at the Hayward Gallery as part of his solo show Brain Activity, which was nominated for the prestigious Turner Prize in 2013.

The Absolut Art Collection consists of some 850 artworks by 550 artists from around the world. The collection, which was initiated by Andy Warhol in 1986, is a unique cultural document and is permanently housed at Spritmuseum. Every autumn, Spritmuseum hosts a solo show by one of the artists represented in the Absolut Art Collection. David Shrigley’s piece ABSOLUT SHRIGLEY was created in 1996. Previous Absolut artists who have exhibited at Spritmuseum are Beatrice Cussol, Keith Haring, Frank Bowling, Dan Wolgers and Bertil Vallien.