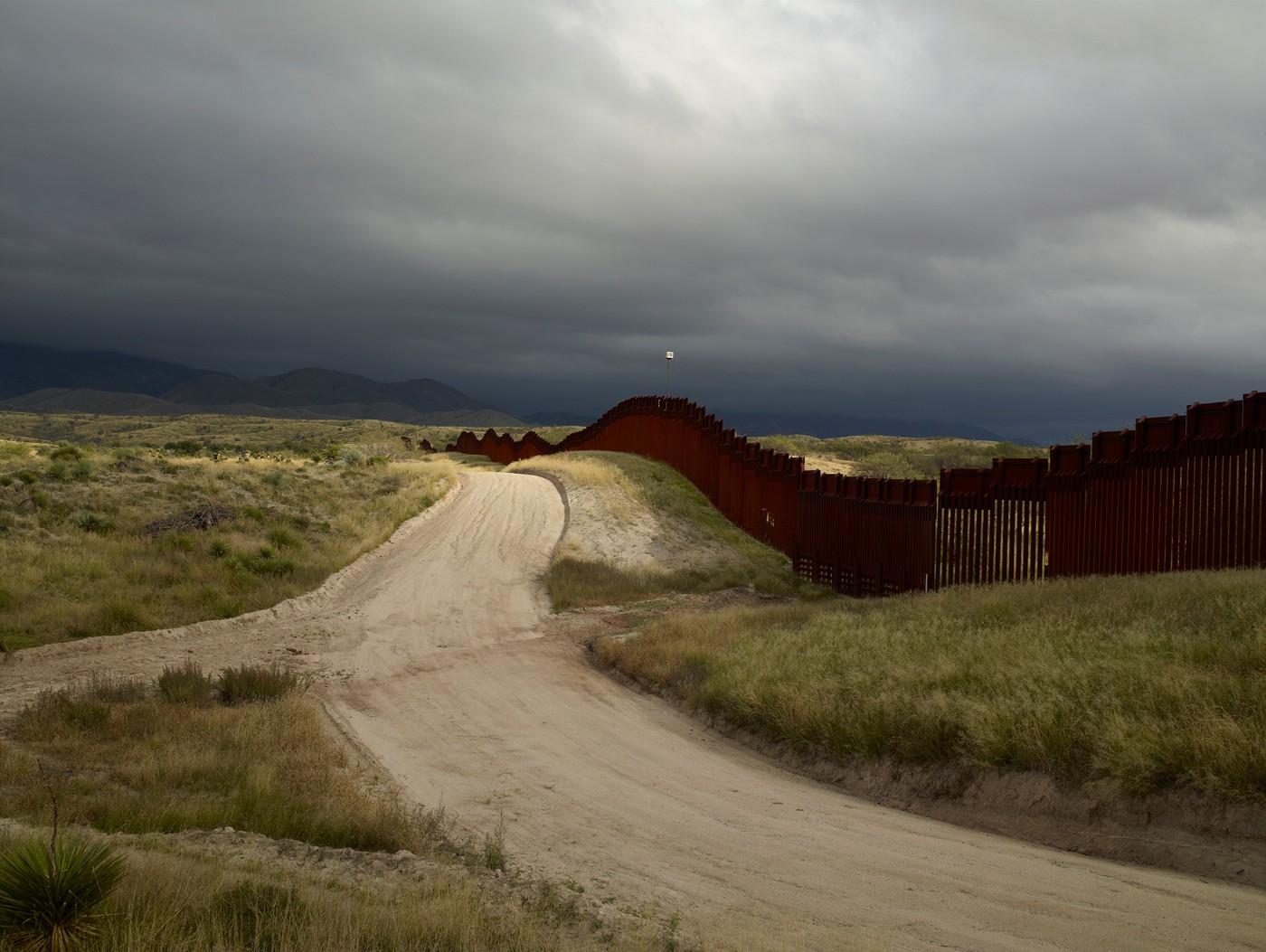 Cambridge, MA – This September, the Harvard Art Museums present Crossing Lines, Constructing Home: Displacement and Belonging in Contemporary Art, an exhibition that investigates two parallel ideas: national, political, and cultural conceptions of boundaries and borders; and the evolving hybrid spaces, identities, languages, and beliefs created by the movement of peoples. This collections-based exhibition features over 40 works—a mix of sculpture, photographs, video, and works in other media—by a global community of 22 contemporary artists who share their varied artistic responses to their own personal experiences of displacement and belonging, as well as the experiences of others. On display September 6, 2019 through January 5, 2020 in the museums’ Special Exhibitions Gallery, Crossing Lines, Constructing Home is curated by Mary Schneider Enriquez, Houghton Associate Curator of Modern and Contemporary Art, and Makeda Best, Richard L. Menschel Curator of Photography. The exhibition will be shown exclusively at the Harvard Art Museums. 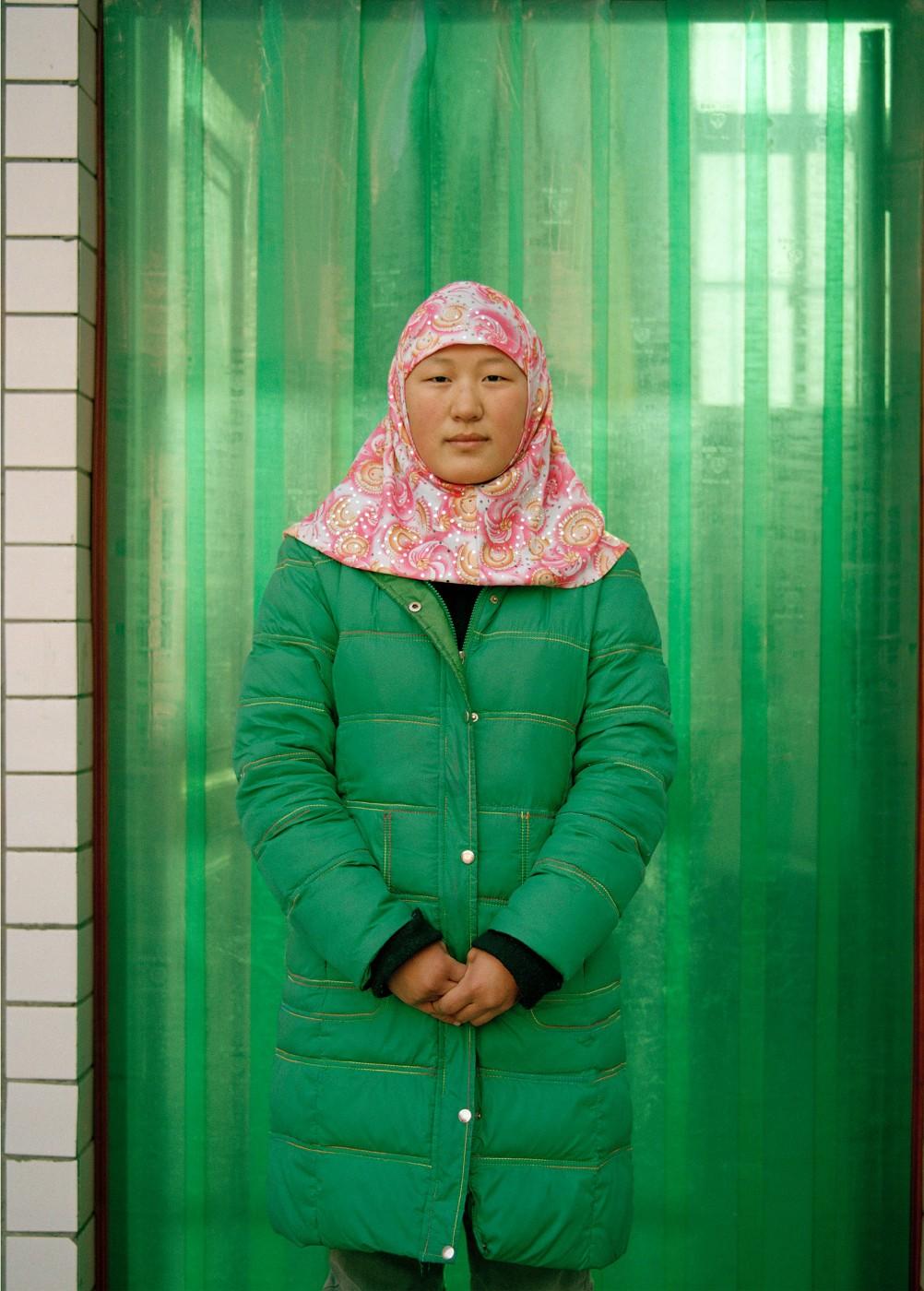 © Lili Almog; courtesy of the artist

Lili Almog (Israeli), Muslim Girl #14, 2009. From the series The Other Half of the Sky. Archival pigment print. Harvard Art Museums/Fogg Museum, Fund for the Acquisition of Photographs, 2019.80.

In 2018, the United Nations Refugee Commission reported that a record 68.5 million people around the world were “displaced”: forced from their homes for reasons ranging from natural disasters, to armed conflict, to political or religious persecution. The increased visibility of migrants and refugees in popular culture and as the subject of public debate has shaped how governments and private individuals define nationhood and national identity, citizenship, human rights, and civic responsibility.

While offering historical context and a consideration of the forces that commonly drive migration, such as political instability, natural disasters, and oppression linked to race, religion, culture, and class, the exhibition presents a more complicated narrative about immigration and displacement than the usual rhetoric that dominates the public sphere and polarizes debate. Crossing Lines unsettles accepted notions of what constitutes a boundary and of what characterizes the migrant or refugee experience—in part by exploring how culture can persist and be embraced despite displacement. Acknowledging passage as a space of both trauma and transformation, the exhibition opens up new ways of understanding the immigrant experience.

Rather than aiming for an encyclopedic approach to the topic, the curators have sought to frame this metaphoric intervention through a range of experiences and geographies, all while staying focused on historical specificity and individual experience. The majority of the works included in the exhibition are recent acquisitions, emphasizing the museums’ commitment to collecting and presenting contemporary art in all media. 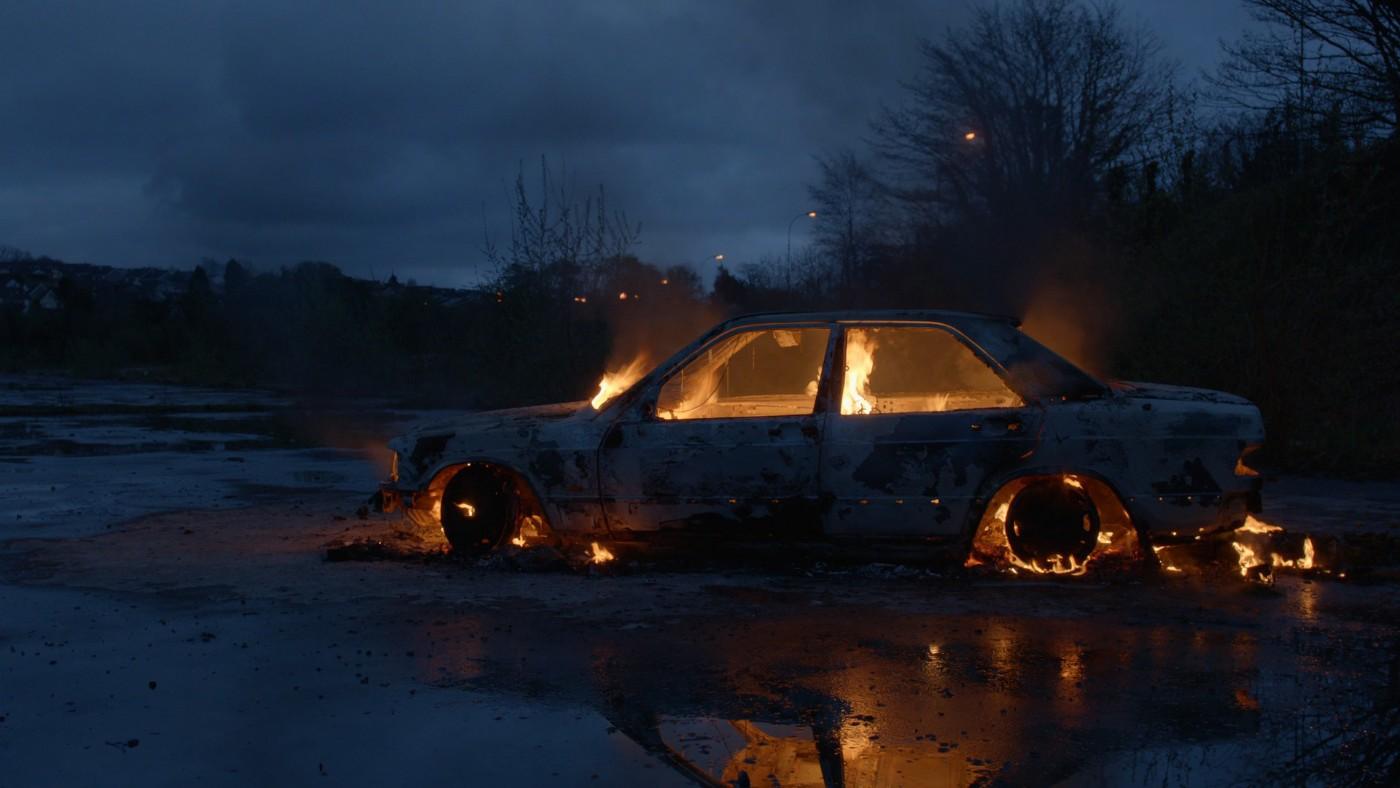 “This compelling exhibition opens at a critical time when migration, displacement, and belonging are at the forefront of conversations here at Harvard, in the community, and around the world,” said Martha Tedeschi, Elizabeth and John Moors Cabot Director of the Harvard Art Museums. “We join a number of sister museums around the country, including the Institute of Contemporary Art, Boston and the Phillips Collection in Washington, in this effort to use works of contemporary art to shine a light on this topic of grave concern for humanity. As a teaching museum, we are uniquely positioned to mount an exhibition of this nature, intended to catalyze dialogue and exchange, reflection and action.”

The exhibition features four thematic sections, with a mix of evocative works that resonate broadly and reflect different experiences of movement: 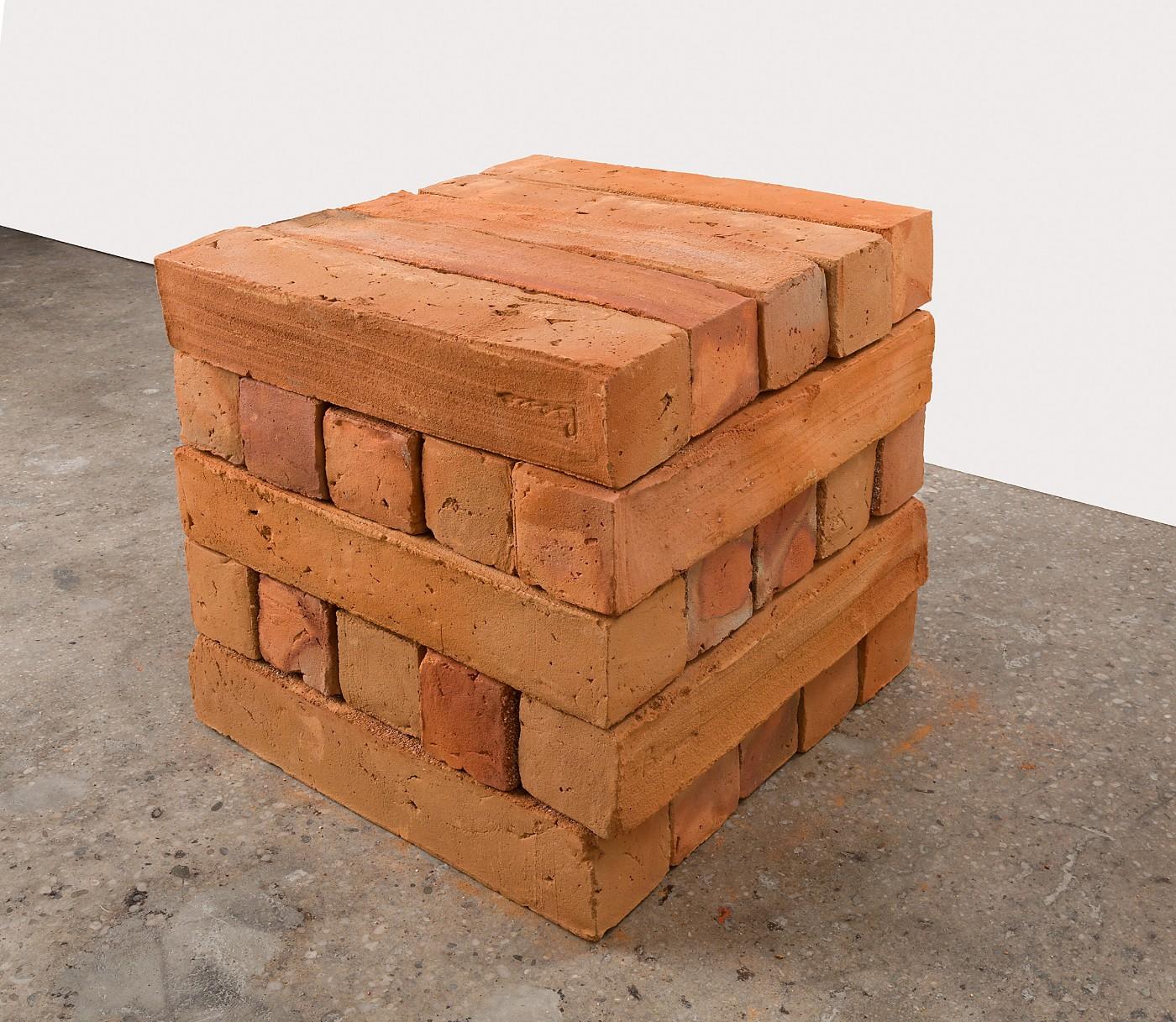 Courtesy the artist and Kasmin Gallery

Borders, Lines, Passages. This gallery presents images of the U.S. southern border contextualized with works that expand the historical and geographical scope of what is traditionally considered “the border.” Visitors are greeted by, and will be able to pass through, Do Ho Suh’s (South Korean, b. Seoul 1962) Hub, Ground Floor, Union Wharf, 23 Wenlock Road, London N1 7SB (2016), a full-size reconstruction in yellow handsewn fabric of a basement corridor in a place Suh once lived. Suh’s art confronts issues related to physical space, displacement, and the meaning of “home,” which he has described as “infinitely transportable.” Bosco Sodi’s (Mexican, b. Mexico City 1970) Muro is a stacked assemblage of 25 clay timbers from his 2017 brick wall installation in Washington Square Park in New York City. After the wall of handmade bricks was completed, it was disassembled by passersby, speaking directly to the power of communal effort to break down barriers. A layered installation of photographs on one wall by American artists Bill McDowell, Richard Misrach, Kirsten Luce, and Andrea Modica creates a collective statement about migration throughout the United States, asking viewers to make their own connections. Two photographs from Lili Almog’s (Israeli, b. Tel Aviv) series The Other Half of the Sky show Muslim women in China who are simultaneously immersed in tradition and modern society. Almog writes of this project, “I wanted to present intimate portraits of ‘unseen women’—the culture of minority women—as an expression of the dignity and heroism of the private self-reflected through time and culture.”

Departures. The two works in this gallery evoke the path taken by the displaced: the detritus left by passages, crossings, and contact made along the way. Clarissa Tossin (Brazilian, b. Porto Alegre 1973), who explores how globalization and consumerism shape material culture, created Spent (2009) by dipping 278 pieces of her personal bathroom rubbish such as Q-tips, bandages, tampons, and toilet paper rolls in porcelain. She then fired them in a kiln, burning off the original material to leave behind pale ceramic shells. A lithograph by Vija Celmins (American, b. Riga, Latvia 1939), who relocated to Germany, then to the United States, after fleeing Latvia in the wake of the Soviet and Nazi occupations during World War II, presents a “redescription” (in Celmins’s words) of an arid stretch of land. 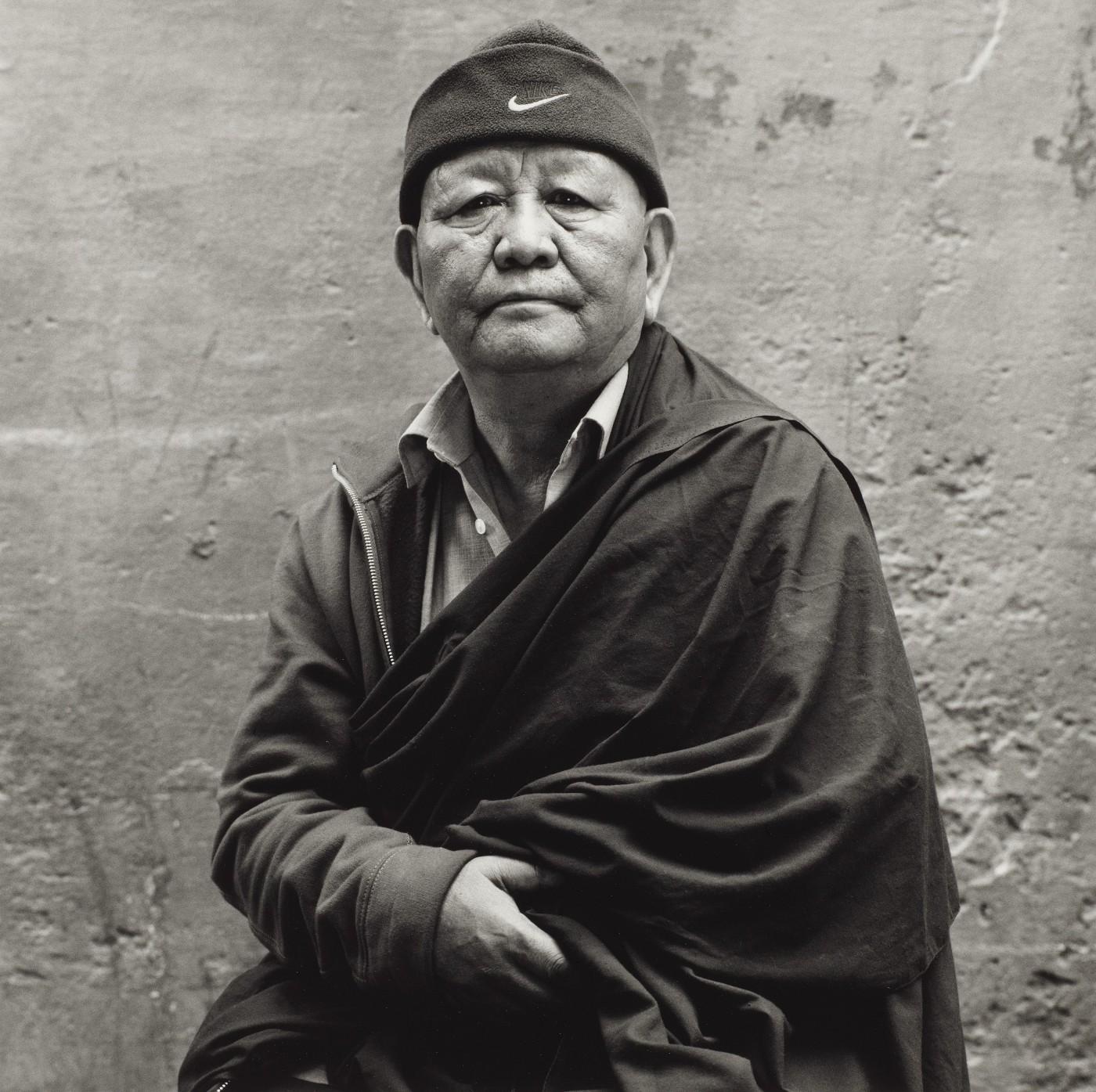 Constructions. This gallery focuses on the hybrid existence of the displaced person, a dual identity constructed of past and present. Home Is a Foreign Place (1999), a portfolio of 36 woodcuts arranged in a grid by Zarina Hashmi (Indian, b. Aligarh 1937), depicts abstract images conjuring aspects of the homes Zarina has lived in and lost. Four photographs from Serena Chopra’s (Indian, b. Secunderabad 1953) series Majnu Ka Tilla Diaries explore the lives of the residents of a refugee colony in New Delhi, where thousands of Tibetan exiles have lived since the settlement was created around 1950. Candida Höfer’s (German, b. Eberswalde 1944) Turks in Germany 1979 will be projected on one wall. The 80 color slides that comprise the work show Turkish people—the largest immigrant population in Germany in the mid-1970s and, as Muslims, the least accepted—in shops, parks, markets, and private spaces.

Causes and Consequences. The artists represented in this gallery scrutinize the root causes of movement and exile. Emily Jacir (lives and works around the Mediterranean) gathered cobblestones in Rome and cast them individually in white synthetic gypsum for her sculpture La mia Roma (omaggio ai sampietrini) (2016). The stones evoke movement, the migrant’s journey on the road, as well as a history of class struggle in Western Europe. Most recently, “yellow vest” protestors used them as weapons during demonstrations in France. A large work mixing photo silkscreen and drawing by Eugenio Dittborn (Chilean, b. Santiago 1943), 2nd History of the Human Face (Socket of the Eyes) Airmail Painting No. 66 (1989), reflects the conditions under which Dittborn began his artistic career during the dictatorship of Augusto Pinochet. Fearing censorship, the artist produced “airmail paintings” like this one, which he folded and mailed, usually out of the country. The artist requires that his works are exhibited alongside the postmarked envelopes that record this travel history—a defiant illustration of how art can circulate even in the face of state repression. Six photographs by Dylan Vitone from his 2001 series South Boston depict residents from the neighborhood. Once a center for Irish people and culture in America created by migrants fleeing the Great Famine of the 1840s and the Troubles of the mid-20th century, the neighborhood’s demographics have been undergoing change since Vitone created the series. A specially built screening room nearby will show Willie Doherty’s (Irish, b. Derry, Northern Ireland 1959) REMAINS (2013) on a loop. In the 15-minute video, an Irish father recounts his son’s kneecapping, a violent practice used by paramilitaries during the Troubles and adopted by successive generations. The haunting voiceover is layered over images of everyday settings in an urban landscape.

Learn more and view a slideshow of objects at harvardartmuseums.org/crossinglines.