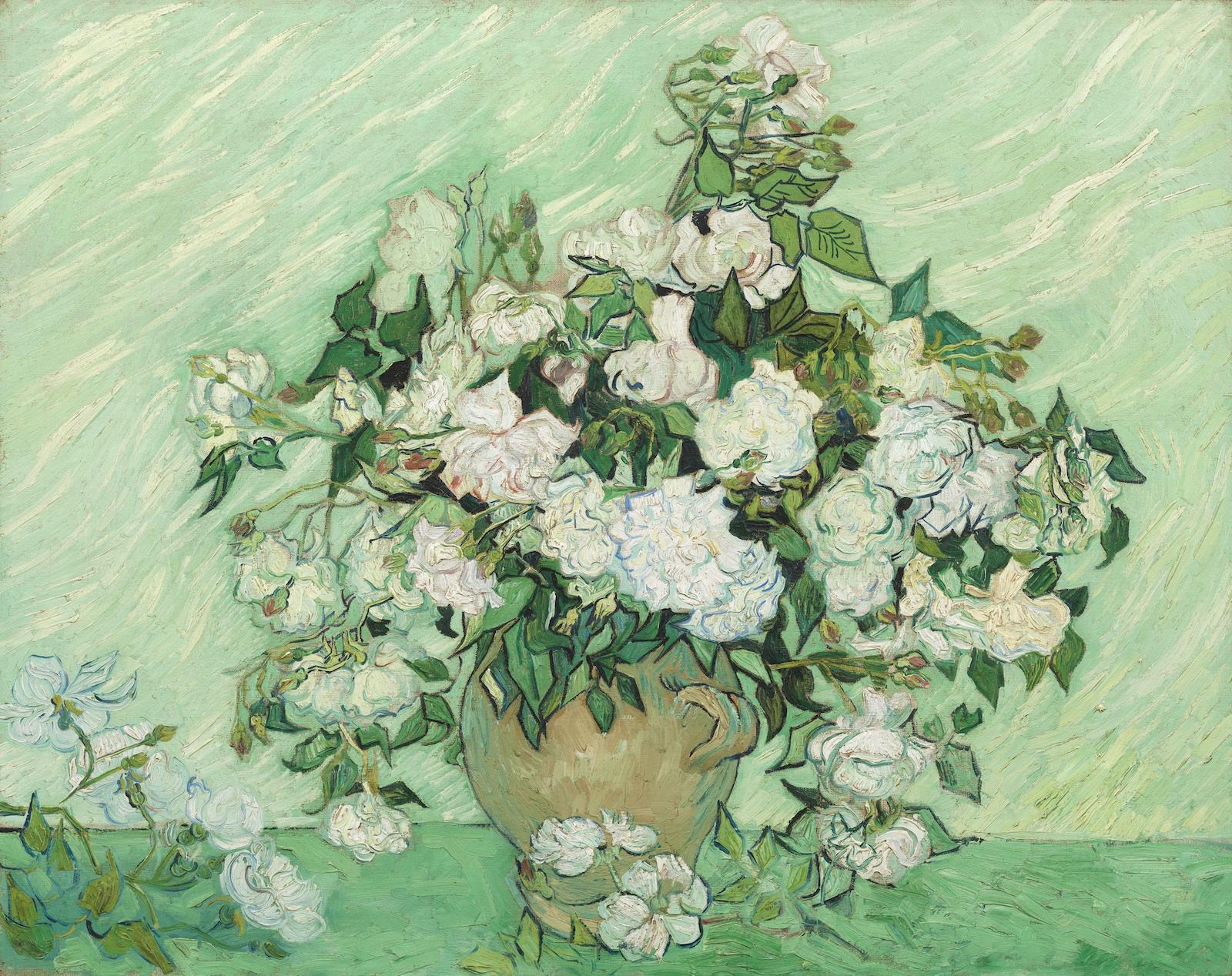 Gift of Pamela Harriman in memory of W. Averell Harriman.

COLUMBUS, Ohio – An exceptional gathering of works by Vincent van Gogh, in conversation with the artists and artworks that spoke to him the most, will premiere at the Columbus Museum of Art this fall. Through Vincent’s Eyes: Van Gogh and His Sources, on display Nov. 12, 2021, through Feb. 6, 2022, in Columbus, Ohio, assembles more than 140 works of art by the artists who influenced Van Gogh, affording museumgoers rare insight into what spurred the Dutch artist’s own visionary work. To fully grasp how Van Gogh processed these influences, audiences will experience seventeen of the painter’s signature works firsthand, including Tarascon Stagecoach (1888), the still-life Roses (1890), and the landscapes Les Vessenots in Auvers (1890) and Undergrowth with Two Figures (1890).

Through Vincent’s Eyes is organized by the Santa Barbara Museum of Art in partnership with the Columbus Museum of Art. In Columbus, the exhibition is co-curated by Steven Naifeh, Pulitzer Prize-winning author and Van Gogh specialist, and David Stark, CMA’s chief curator emeritus. Naifeh loaned sixty-one works from the personal collection he shared with his co-author and late husband Gregory White Smith (together they wrote the 2011 best-selling biography Van Gogh: The Life). In California, the exhibition is curated by the Santa Barbara Museum of Art’s Assistant Director and Chief Curator Eik Kahng.

“Through Vincent’s Eyes offers a fascinating glimpse into the creative process and how an extraordinary painter like Van Gogh would have been observing and absorbing the cultural milieu around him,” said Nannette Maciejunes, CMA executive director and CEO. “The Museum is exceedingly grateful to Steven Naifeh, the late Gregory White Smith, and our partners and supporters for allowing us to bring together the works that inspired some of the most popular and beloved paintings in the world.” 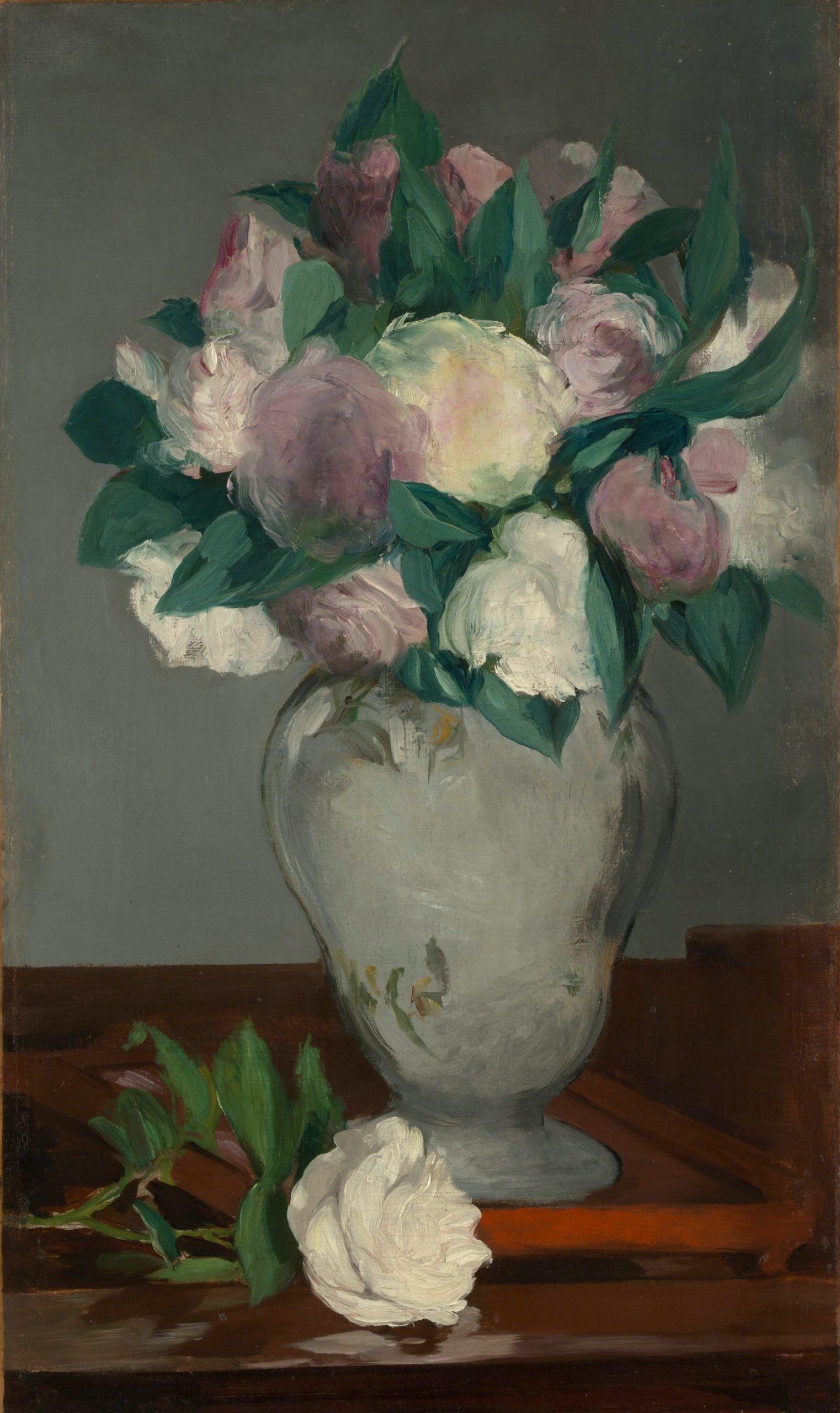 The similarities and divergences between the artists’ approaches will be explored through works such as Édouard Manet’s Peonies (1864-65), which in many ways resembles Roses (1890), a still life by Van Gogh painted with such heavy impasto that, according to one of the artist’s letters, it would take an entire month for the paint to dry. Manet’s work will be the highlight of a section of the exhibition that includes flower paintings by Henri Fantin-Latour and Adolphe Monticelli, in addition to Van Gogh’s Vase with Poppies (1886). Digital X-ray analysis of the latter still life by Van Gogh has revealed what appears to be a self-portrait of the artist hidden beneath the surface layer of paint.

“This is an exhibition that helps make the artist’s imagination more tangible for us,” said Stark. “Van Gogh was a figure in art history known for the complicated, often troubled, path of his creative process. We gain access to another dimension of his art and life in this exhibition, another glimpse into what his world was like.”

The exhibition will also emphasize Van Gogh’s robust appetite for literature and the fictional worlds of the modern novel. The installation will include early editions of beloved novels by Charles Dickens, Guy de Maupassant, Honoré de Balzac, Alexandre Dumas, and Victor Hugo, to remind viewers of the books that impacted Van Gogh’s vision.

That impact is especially visible in Van Gogh’s painting Tarascon Stagecoach (1888), which embodies both Van’s Gogh’s ties to literary sources as well as his aesthetic debts to the artists he admired. This painting of stagecoaches parked in the southern French town of Tarascon was inspired by an 1872 novel by Alphonse Daudet. Visible in the canvas is Van Gogh’s emulation of Claude Monet’s vivid hues and Adolphe Monticelli’s heavily textured brushwork. The painting was part of a suite meant to decorate Van Gogh’s residence in Arles, France—the so-called Yellow House—in honor of the arrival of Paul Gauguin, who stayed only briefly.

“Greg Smith would be as honored as I am to see our collection form the basis of this extraordinary and insightful exhibition at the Columbus Museum of Art, his beloved hometown institution,” said Naifeh. “He and I always looked forward to seeing works we own, by artists Van Gogh admired, hanging side by side with glorious works by Van Gogh himself.”

The exhibition is presented with a distinct curatorial perspective at each institution and is accompanied by two books. “Through Vincent’s Eyes: Van Gogh and His Sources,” a 320-page exhibition catalogue, is designed and produced by Lucia | Marquand Books, Seattle, and distributed by Yale University Press. This lavishly illustrated volume provides new insight into Van Gogh and his work, emphasizing his profound admiration of and deep connection with the artistic community of his time. The catalogue is edited by Santa Barbara Museum of Art’s Assistant Director and Chief Curator Eik Kahng and contains essays by major Van Gogh scholars including Sjraar van Heugten.

“Van Gogh and the Artists He Loved” is written by New York Times bestselling author, Pulitzer Prize winner, and exhibition guest curator Steven Naifeh, co-author, with Gregory White Smith, of “Jackson Pollock: An American Saga” and “Van Gogh: The Life.” Published by Random House, the 448-page book reconstructs Van Gogh’s world and illustrates how his style and subjects are inextricably linked to the artistic environment of his era. Relying on the prolific correspondence between Vincent and his brother, Theo, the reader can enter Van Gogh’s imagination through the artist’s own words and side-by-side images of paintings by Van Gogh and works by artists who inspired him. It includes nearly 300 full-color reproductions and an afterword by Ann Dumas, Columbus Museum of Art’s adjunct curator of European Art and a curator of the Royal Academy of Art in London.