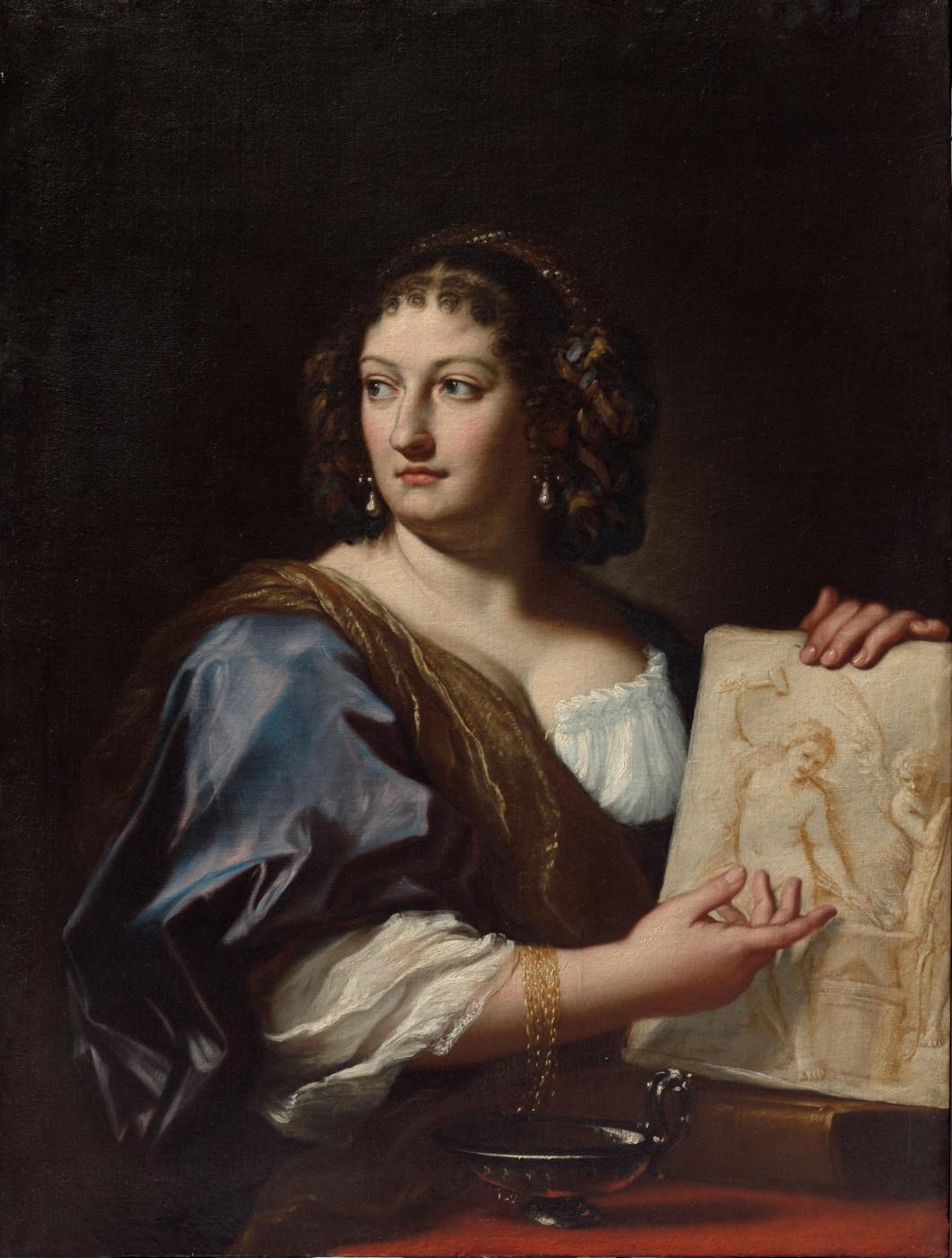 Cleveland, OH —Recent acquisitions by the Cleveland Museum of Art include a magnificent portrait in oil on canvas by Carlo Maratti, the leading painter in Rome at the end of the 17th century; two key works by American photographer Edward Weston that indicate his transition from pictorialism to modernism; and two large-scale contemporary African sculptures by South African artist Kendell Geers and Cameroonian artist Hervé Youmbi.

Carlo Maratti (1625¬–1715) is often regarded as the last major exponent of a classical tradition that began with Raphael nearly two centuries earlier. Maratti was the leading painter in Rome in the mid to late seventeenth century. Favored by wealthy patrons, Maratti’s primary achievement lay in his ability to synthesize the light and movement characteristic of the Roman Baroque with classical ideals of beauty.

This portrait was painted shortly after Maratti’s marriage to Francesca Gommi in late 1700 as an homage from the artist to his new wife. Gommi had been Maratti’s mistress and artist’s model since at least the 1670s. She is depicted enveloped in lavender-blue drapery and her hair is elaborately dressed with ribbons and jewels. In her left hand she holds up a drawing to which she gestures with her right. Introducing an allegorical element into a portrait by means of a painting-within-a-painting was a device that Maratti had employed in portraits as early as the 1650s, and was probably inspired by portraits of the High Renaissance. The drawing represents Venus in the workshop of Vulcan, forging the love-darts of her adolescent son Cupid.

Although drawings by Maratti are found in major collections throughout Europe and North America, there are relatively few paintings by the artist in public collections outside Italy. Portrait of Francesca Gommi Maratti, a late work by the artist, is particularly appealing for the identity of its sitter and the charming iconography inspired by the artist’s deep love for his subject. The Cleveland Museum of Art has strong holdings in Italian paintings of the 17th century with religious and historical themes. This work is the first Italian Baroque painted portrait to join the collection. Portrait of Francesca Gommi Maratti will go on view in the museum’s Julia and Larry Pollock Focus Gallery beginning March 17, 2018, as part of the museum’s exhibition Recent Acquisitions 2014–2017. 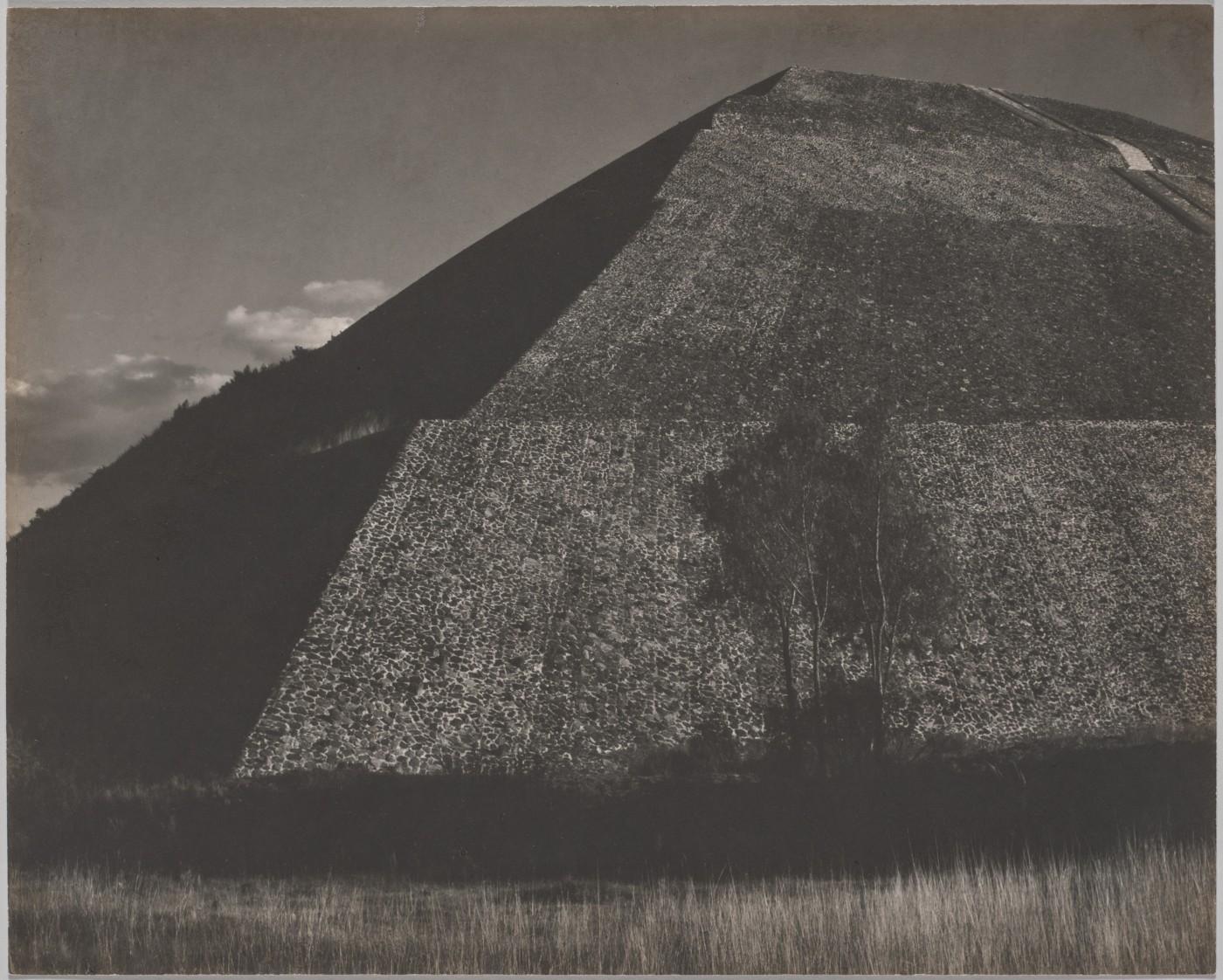 Two photographs by pioneering modernist Edward Weston, Pyramid of the Sun, Teotihuacan and Heaped Black Ollas, provide a critical piece of the narrative of 20th-century photography: the transition made by this key artist from pictorialism to modernism. Weston is well represented in the museum’s collection by a pictorialist portrait from 1915 and 11 modernist images from the 1930s and 1940s. But it was in Mexico between 1923 and 1926, where these two photographs were made, that his stylistic shift occurred, a period previously absent from our holdings. These prints have an impressive provenance. They were originally in the collection of Anita Brenner, a scholar of Mexican culture and history who commissioned Weston in 1925 to provide photographs to illustrate her book, Idols Behind Altars. The project prompted him to delve deeply into the country’s pre-colonial monuments and its contemporary art and crafts.

Pyramid of the Sun, Teotihuacan depicts the third largest pyramid in the world, but differs from standard travel and tourist views of the site. Weston chose to photograph the structure from an angle that emphasizes its geometry and massiveness. His goal is not to describe a building but to inspire awe, to convey the pyramid’s majesty and monumental scale. In his image, human achievement dwarfs nature, represented here by three lacy trees, some ground vegetation, and a glimpse of the sky.

The choice of angle, framing, and dark moodiness of the print are intended to evoke an emotional response, a sense of the dramatic that was characteristic of much pictorialist work. Its composition is fully modernist. The triangle of the pyramid traverses the entire height of the frame, and two horizontal stripes of vegetation hide the structure’s base. This powerful geometric division of space emphasizes the flatness of the picture plane.

Pyramid of the Sun, Teotihuacan is also modernist in its seeming lack of manipulation to print or negative. Many pictorialists used handwork on the print or negative to distance their depictions from the literal recording of reality. The lack of manipulation reflects Weston’s newfound devotion to photography’s ability to record the external world.

Weston made Heaped Black Ollas in 1926, when he had become a full-fledged modernist and was enamored of the genre of still life, then new to him. While at a market, Weston converted a haphazard heap of pots into a tightly framed, rhythmic composition that alternates brightly lit, volumetric spheres with dark, flat circles. Instead of staging the work, a trait characteristic of pictorialism, he added a new way of working to his repertoire: interpreting life as he found it. 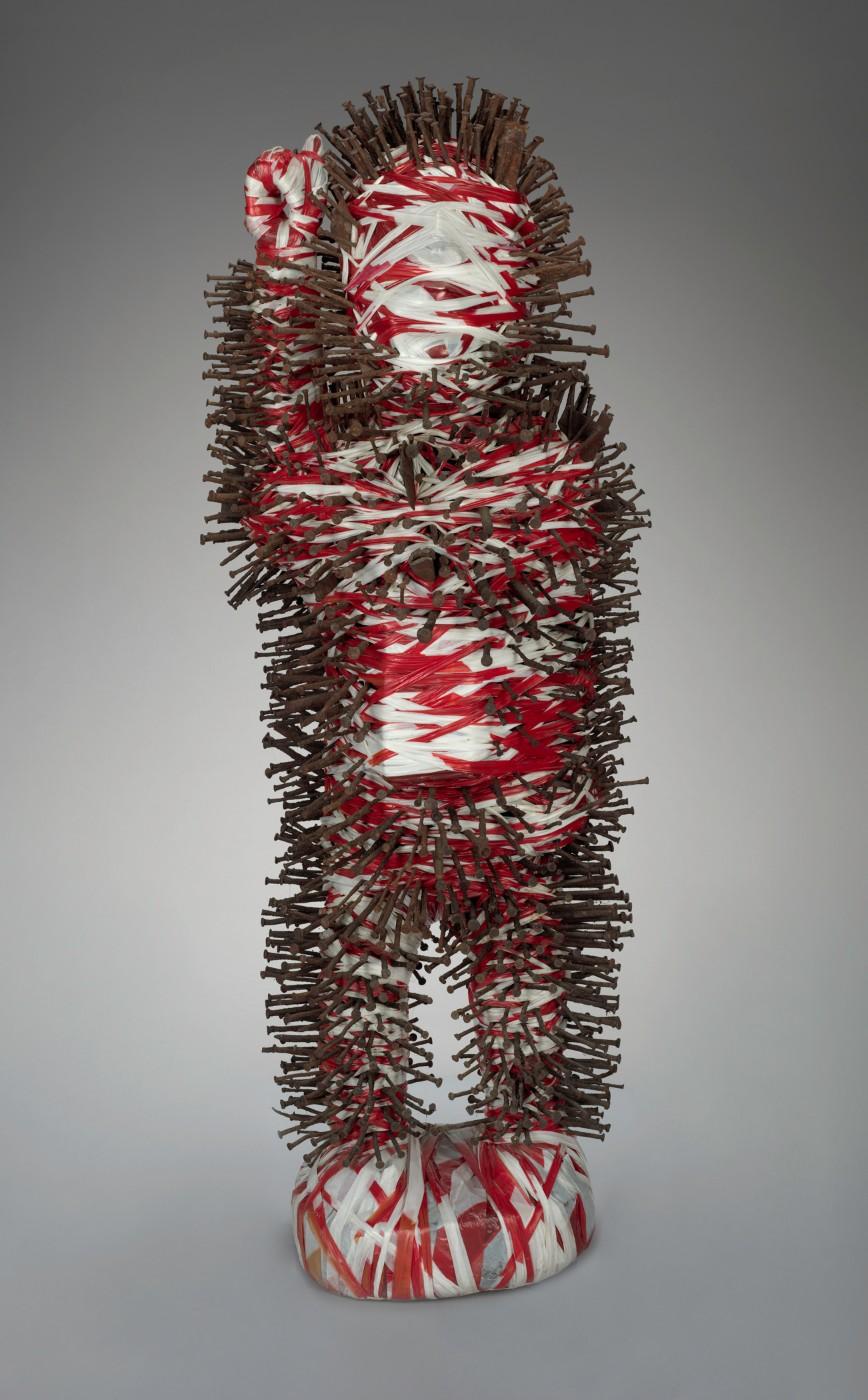 These two works, Twilight of the Idols (Fetish) 3 and Totem 01/01-18 (Baga-Batcham-Alunga-Kota), will go on view in the Cleveland Museum of Art’s African galleries the week of March 12, 2018.

Twilight of the Idols (Fetish) 3

Conceptual artist Kendell Geers confronts colonial prejudices and explores the ways in which African art has become a global commodity. Twilight of the Idols (Fetish) 3 is the largest work in the artist’s series of ten sculptures, Twilight of the Idols (2002–2008). The series was inspired by Frederich Nietzsche’s book of the same title, a radical text written in 1888 in which the author called for war against religious icons and relics that he framed as eternal idols.

To create the work, Geers appropriated a decommissioned ritual object, a nkisi nkondo power figure of the Kongo people, that he found in a Belgian flea market. When pierced with nails, such nkisi figures were used as protective totems to ward off malevolent spirits or to prevent or cure disease. Such objects were also used to punish those with ill intentions. Geers wrapped the appropriated sculpture with red and white Chevron tape—the South African equivalent to yellow and black caution tape utilized in the United States to secure the scene of a crime. The tape simultaneously signals danger and acts as a shield from danger.

The layers of meaning in this complex sculpture prompt the viewer to reconsider the contemporary presentation and understanding of historical African art. Geers’s deliberate use of the term fetish in the sculpture’s title recalls how African ritual objects were labeled by early European explorers who thought of them as having mysterious—often negative—power. The word also reflects their fetishization as art by the West since the turn of the 20th century. Geers prompts the viewer to consider how historical African art is rendered mute and forced to take up new value as collectible objects.

In his appropriation of a ritual object that was no longer in use, Geers invokes the ready-made, referencing Marcel Duchamp, whom he cites as a major influence. In his use of Chevron tape, Geers alludes to the French conceptual artist Daniel Buren who uses white and colored stripes to instigate institutional critique. The way in which Geers wrapped and concealed the original object recalls the way in which some African ritual objects were not intended to be seen in public outside of their original ritual purpose.

Totem 01/01-18 is the first completed work in Hervé Youmbi’s new and ongoing series, Totems. The towering, hybrid sculpture is carved from a single block of wood and comprises four different canonical African masks. The surface of the sculpture is covered with strung white, yellow, black and red beads adhered to the surface with glue.

With Totem 01/01-18, Hervé Youmbi undermines established paradigms around which the canon of African art is constructed. By assembling numerous masks into one superstructure and by bringing together five African countries—Cameroon, the Democratic Republic of Congo, Gabon, Guinea and Guinea Bissau— Youmbi confronts art historical conventions that organize African objects according to ethnic, cultural or regional styles. Simultaneously, he looks at the way in which Western consumers of African art create easily digestible labels or conflate the art of diverse regions and cultures into a generalization of African art. 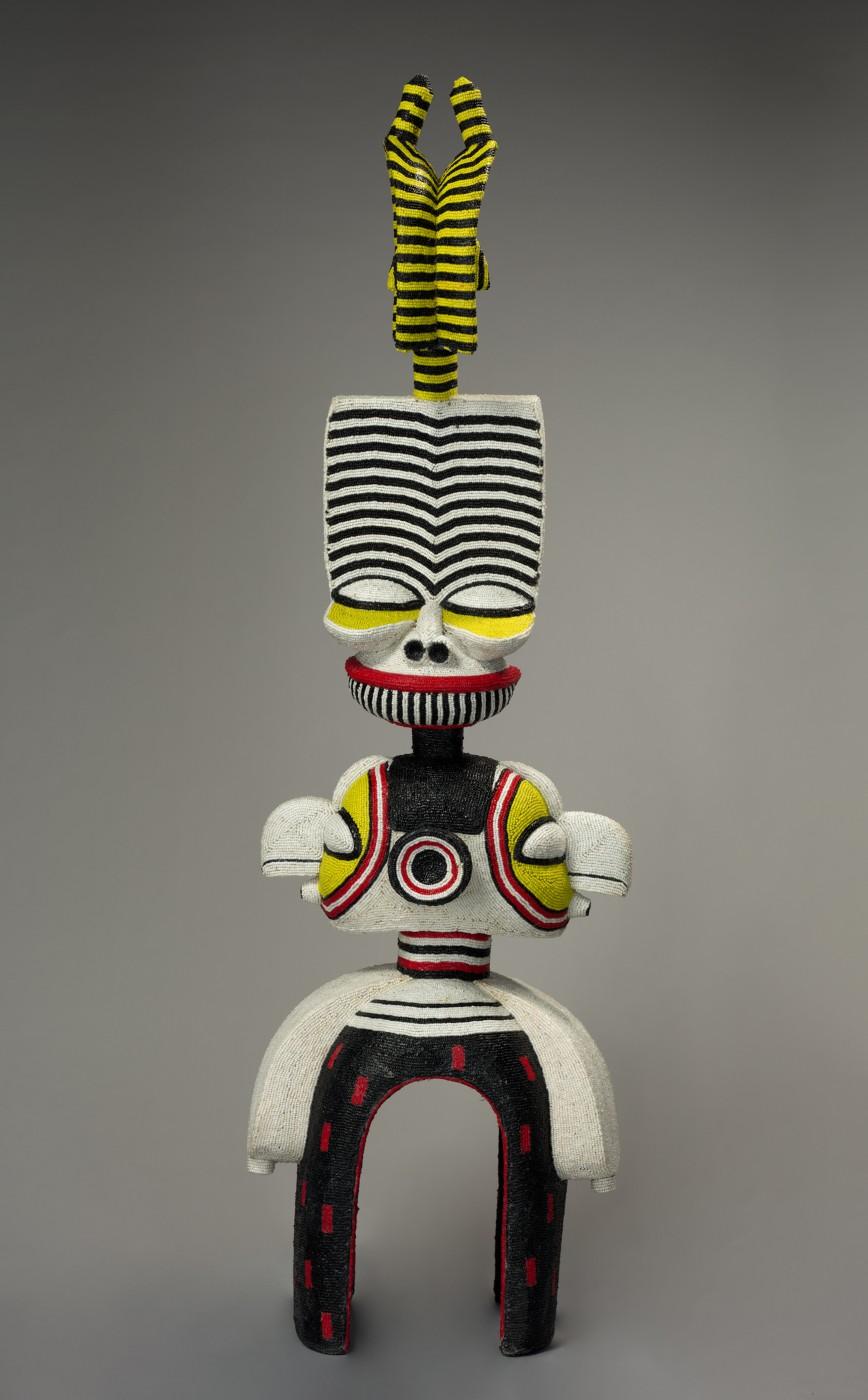